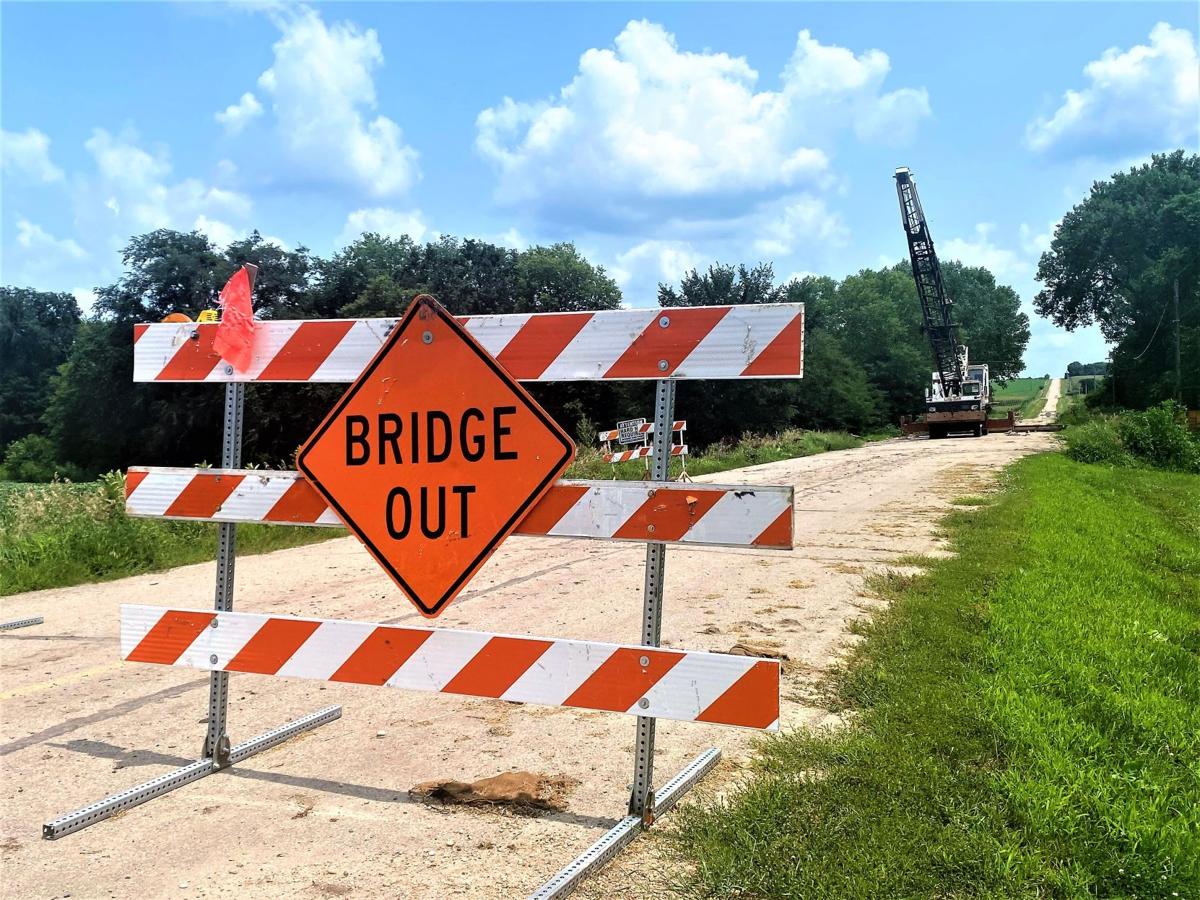 Signage is on display saying the bridge on 122nd Avenue is out. The bridge has been out for some time causing concern for nearby residents. 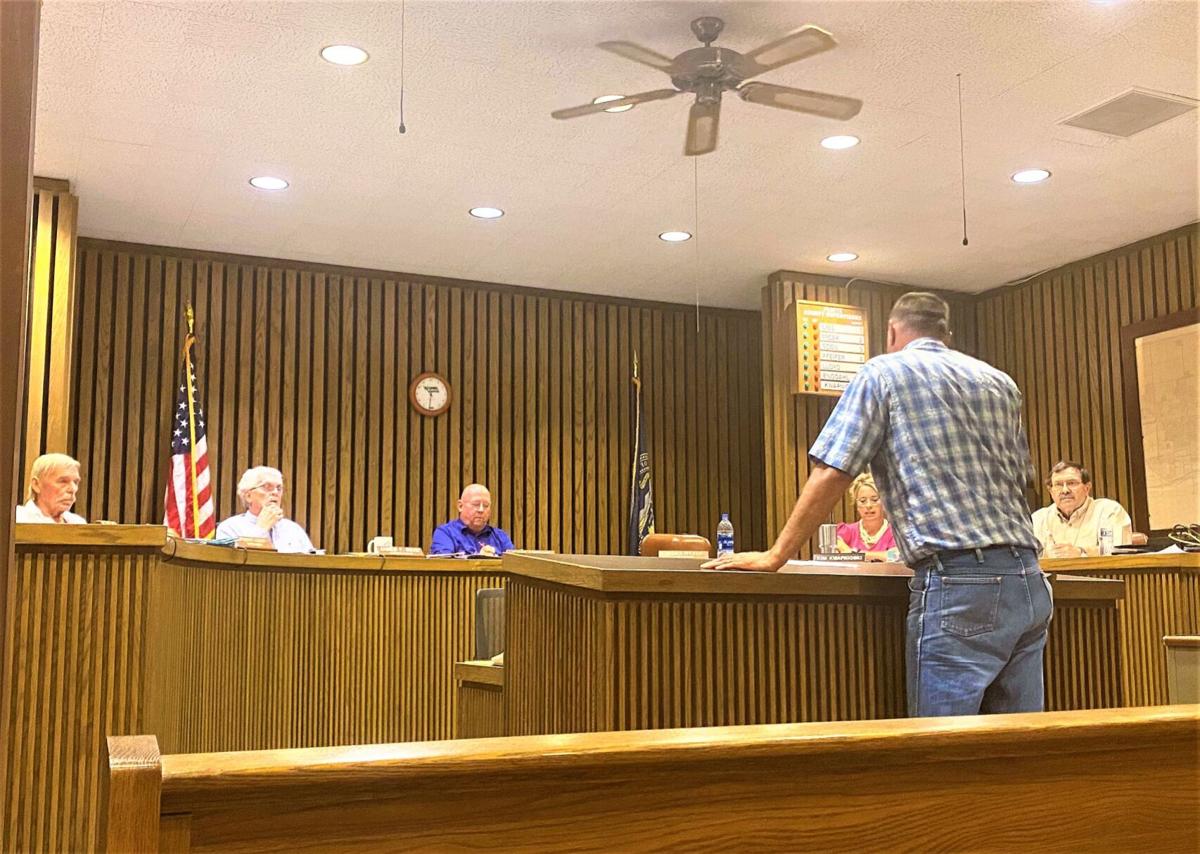 Ryan Loseke, at podium, addresses the Platte County Board of Supervisors during their meeting Tuesday. Loseke and Keith Runge expressed concern over the completion of a bridge on 122nd Avenue. 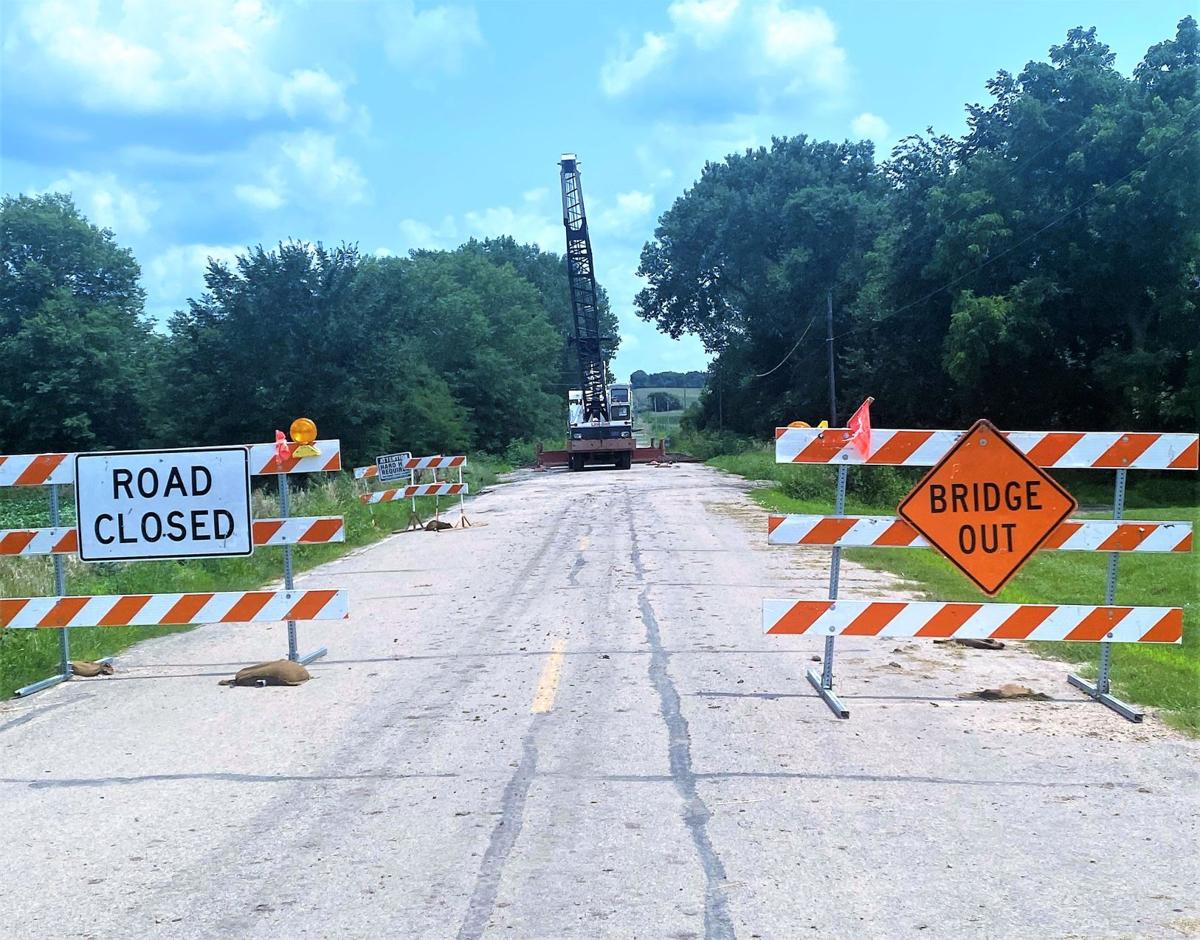 Two signs indicate the bridge and road is closed on 122nd Avenue. The bridge construction began in May but has stopped in recent weeks.

Two Platte County residents questioned the Board of Supervisors Tuesday over the completion of a bridge, which is near their homes and Christ Lutheran Church.

Keith Runge and Ryan Loseke asked the Board when the bridge - which is at 122nd Avenue in Columbus – will be completed as it has hampered their respective businesses. For around the last three weeks, the bridge – which has been closed since May - has not been worked on, Runge said.

District 1 Supervisor Fred Liss said construction halted because the County is waiting on prefabricated steel for the ends of the bridge’s deck.

“There was a problem with some of that steel,” Liss said. “… Once they did the initial installation on it, they found there were flaws with it so they had to take it all apart, put it back and prefabricate it.”

He added the delivery should be in about two to three weeks.

Runge said he is appreciative that the bridge is being replaced, adding it needed to be done.

However, he said he is about to harvest his crops in early September and his land is located on the opposite ends of the bridge. With the bridge out, there isn’t much of an alternative path to collect his crops.

“It’s going to be a great expense for me and several other people,” Runge said. “Plus, Christ Lutheran is going to be starting to school and there is no safe (way to travel around the bridge). The roads all around that area are curved and hilly because of the creek.”

Liss said the bridge should be completed before Runge starts harvesting.

Loseke said the construction has been a problem for him as well. He said he has a veterinary clinic at his home and the bridge outage has made his clients have to drive several miles more to his property.

“It’s just an inconvenience but I know bridges need to be replaced,” Loseke said.

The delay has become bothersome and, more importantly, a safety issue for people in that area, Runge said.

“It should have been planned and ordered ahead of time so we didn’t have this long of a delay,” he said.

District 5 Supervisor Bob Lloyd and Liss both noted that this project should be completed by now.

“There’s no excuse for taking as long as it has,” Liss said.

Runge said he does feel reassured that the bridge will be completed but it has been “a hassle” seeing the project grow stagnate recently.

“When you don’t see anyone working on it, and nothing changes and being there every day, a lot of us wonder what’s going on,” he said.

Signage is on display saying the bridge on 122nd Avenue is out. The bridge has been out for some time causing concern for nearby residents.

Ryan Loseke, at podium, addresses the Platte County Board of Supervisors during their meeting Tuesday. Loseke and Keith Runge expressed concern over the completion of a bridge on 122nd Avenue.

Two signs indicate the bridge and road is closed on 122nd Avenue. The bridge construction began in May but has stopped in recent weeks.