A few years ago, Lakeview High School student Simon Janssen had the opportunity to help Habitat for Humanity of Columbus on one of its build days.

It was an experience that left a lasting impression on him.

Janssen, a senior, said he tagged along with his parents who worked at Columbus Community Hospital. CCH staff volunteered one day to help Habitat build one of its homes.

Although he wasn’t old enough to assist in the house’s actual construction, Janssen said he worked on “odds and ends jobs."

“I really liked the idea (of Habitat) and that’s where I got my first initial experience with Habitat,” Janssen said.

The 17-year-old said he wanted other students to take part in helping Habitat but realized there was no real way for them to do so. That’s when he came up with the idea of the nonprofit having a separate committee that is made up of area high school students.

“I wanted to start an organization for youth, particularly teens throughout the high schools, to participate in Habitat for Humanity and volunteer,” said Janssen, who is the committee's founding president.

“Simon has done a great job of being the first and founding president of the Habitat for Humanity Campus Committee,” Peters said. “He has done several tasks for the group that probably stretched his comfort level and forced himself to grow as an individual and as a leader and he has done them well. He has a bright future!"

The committee holds fundraisers to help fund projects for the families receiving a home. The money typically goes more toward the kids, Janssen said.

Previous projects included building a handmade bunk bed for one family, as well as a lower level bed and desk that would accommodate Moises Ortiz – a Columbus Middle School student - who has cerebral palsy. Additionally, the committee decorated Ortiz’s room with Marvel memorabilia.

“We fundraise and then carry out projects,” Janssen said. “That’s what the last two years have been. It’s been really fun and has a big impact on the kids and the families.”

Janssen said the previous couple of years have also been amazing because of the community's support of the committee.

The campus committee isn’t the only activity that Janssen does. He’s also in powerlifting, track and field, National Honor Society, Future Business Leaders of America and student council.

With his senior year near the halfway point, Janssen has been preparing for his future after high school. He said his goal is to join the U.S. Air Force Academy in Colorado Springs, Colorado. He would be joining his brother, Ben, who started there earlier this year.

“I’m hoping to receive an appointment from the Air Force Academy,” said Janssen, who was wearing an Air Force sweater as he spoke. “… That’s been my goal now for a while and I’ve been working toward that goal for a long time.”

Janssen added he will know the outcome in either late winter or early spring. 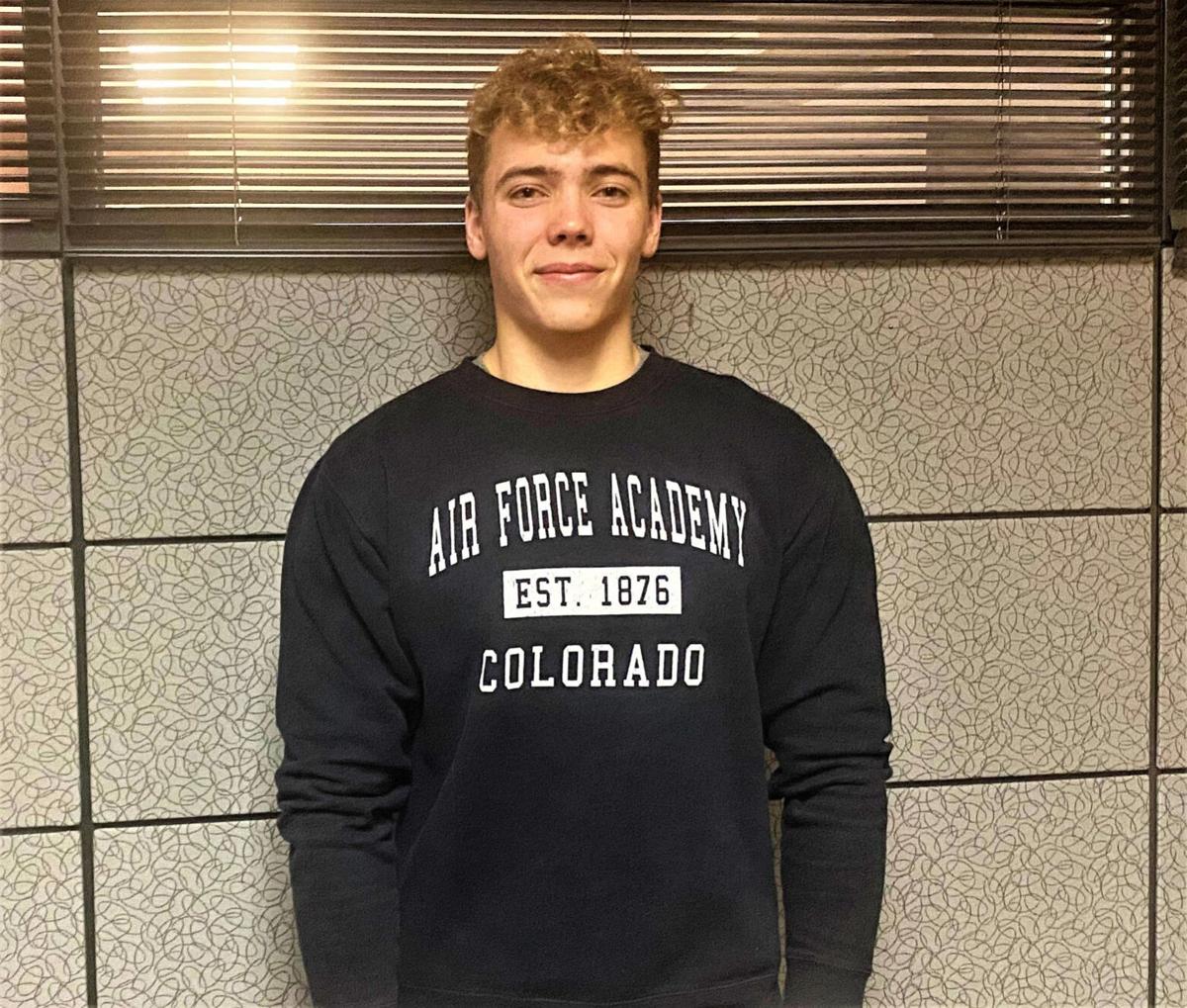 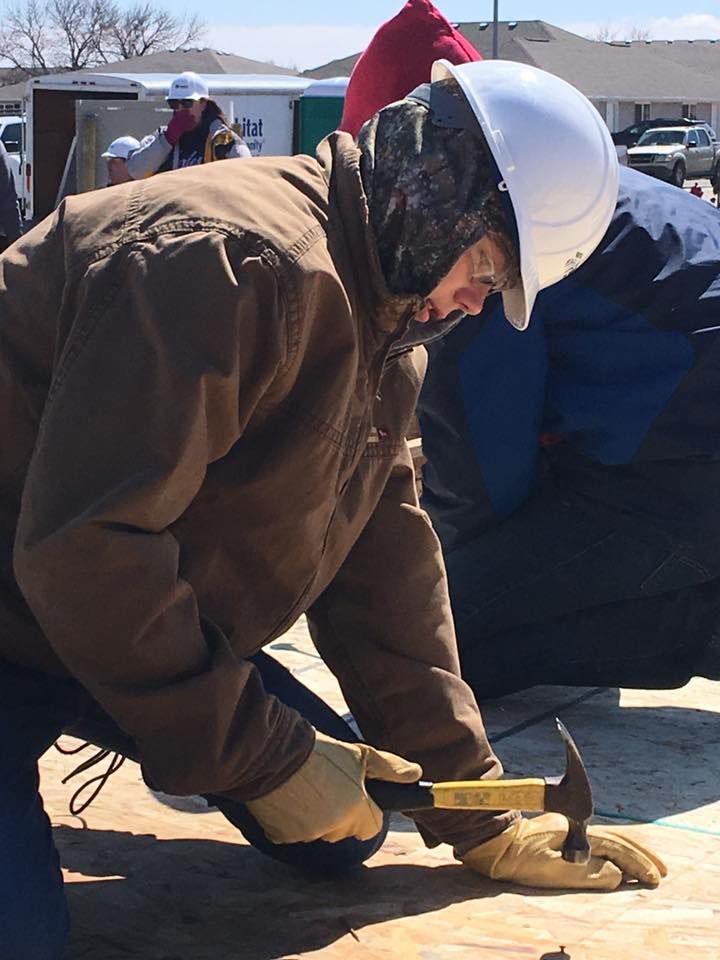 Lakeview student Simon Janssen is pictured, along with Nehemiah Peters of Nebraska Christian in the background, volunteering for Habitat for Humanity in Columbus in 2019. 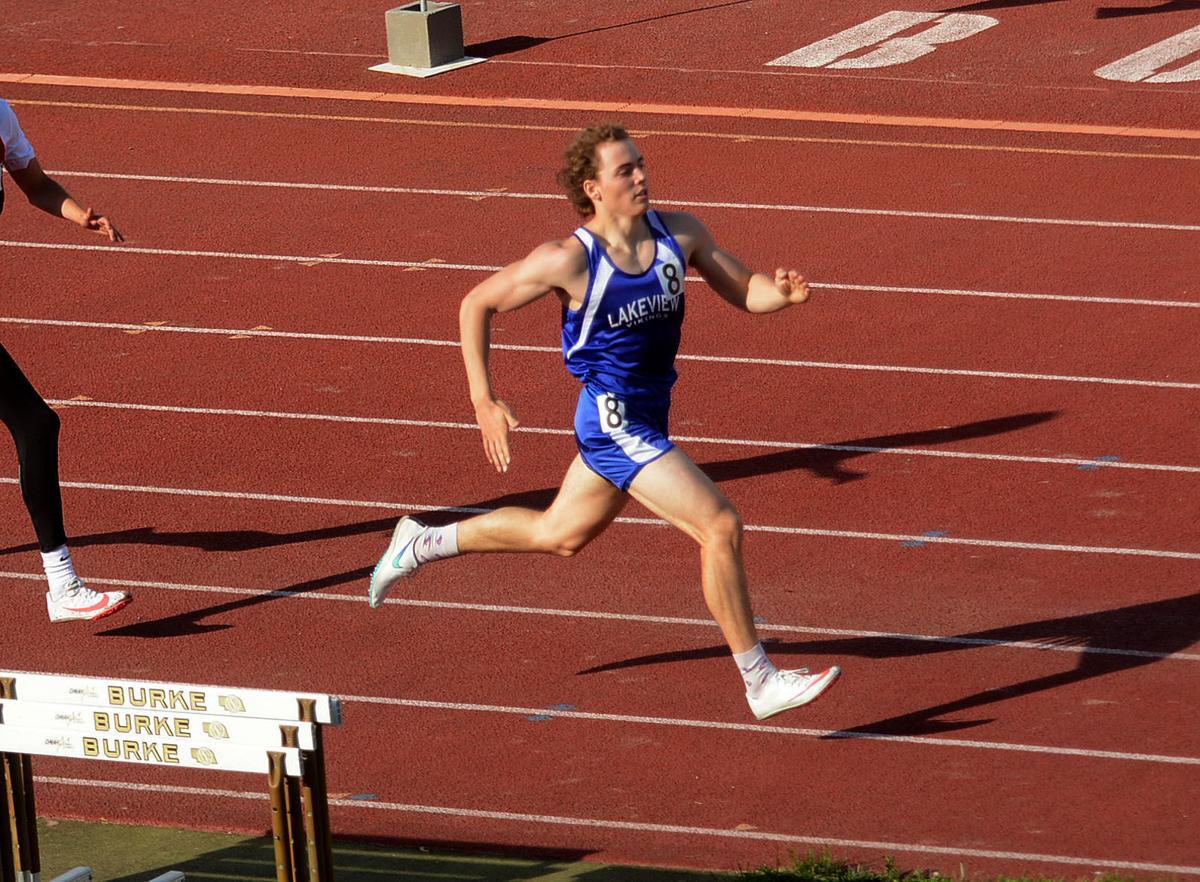 Lakeview's Simon Janssen passes an opponent in the final few strides of the 400 at the state tournament last season. Janssen also does powerlifting.