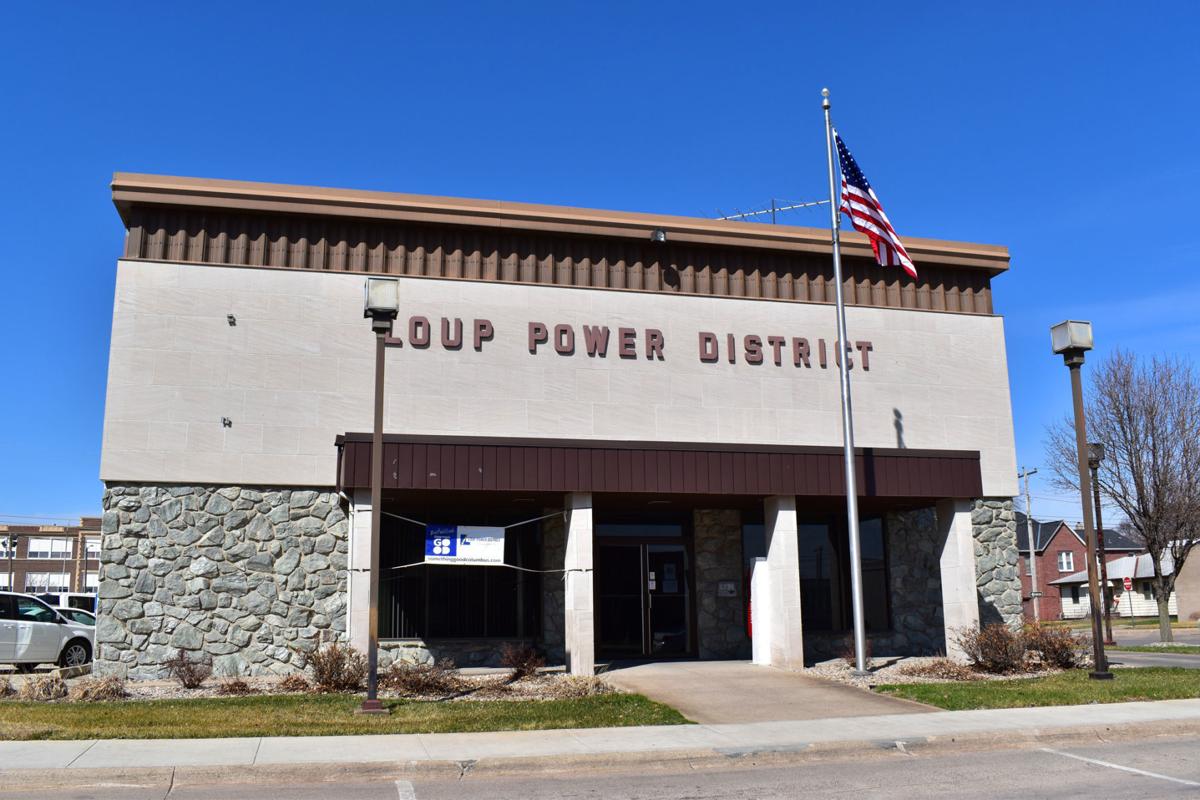 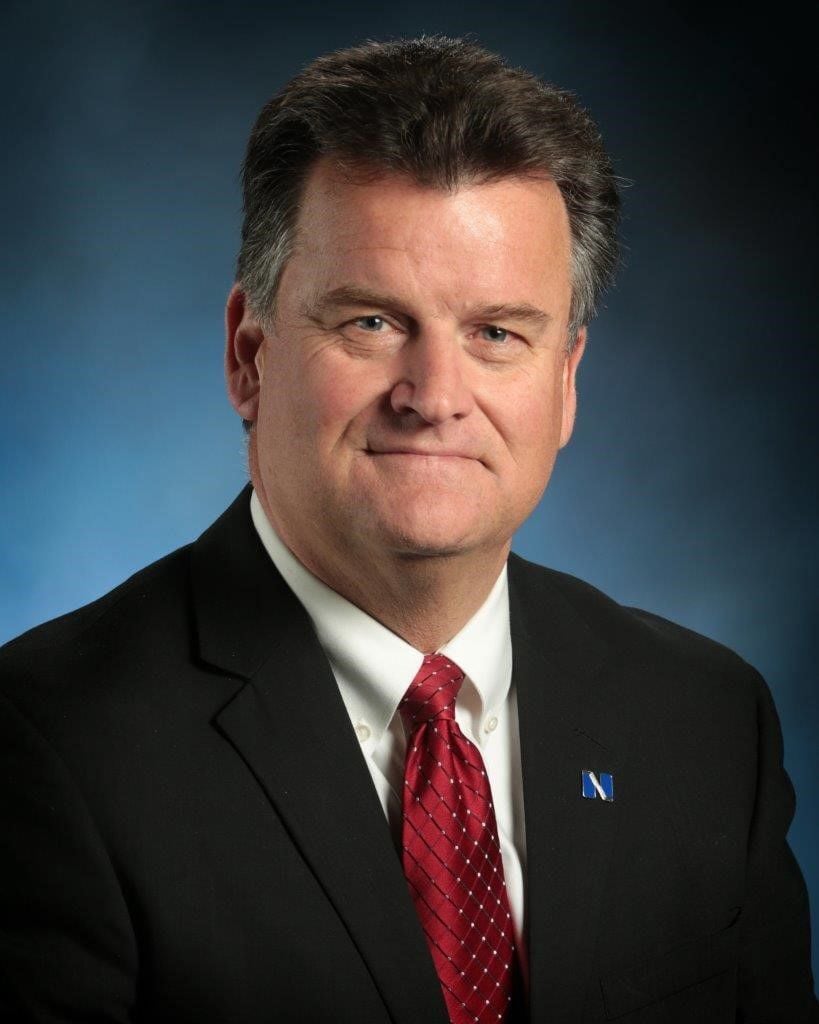 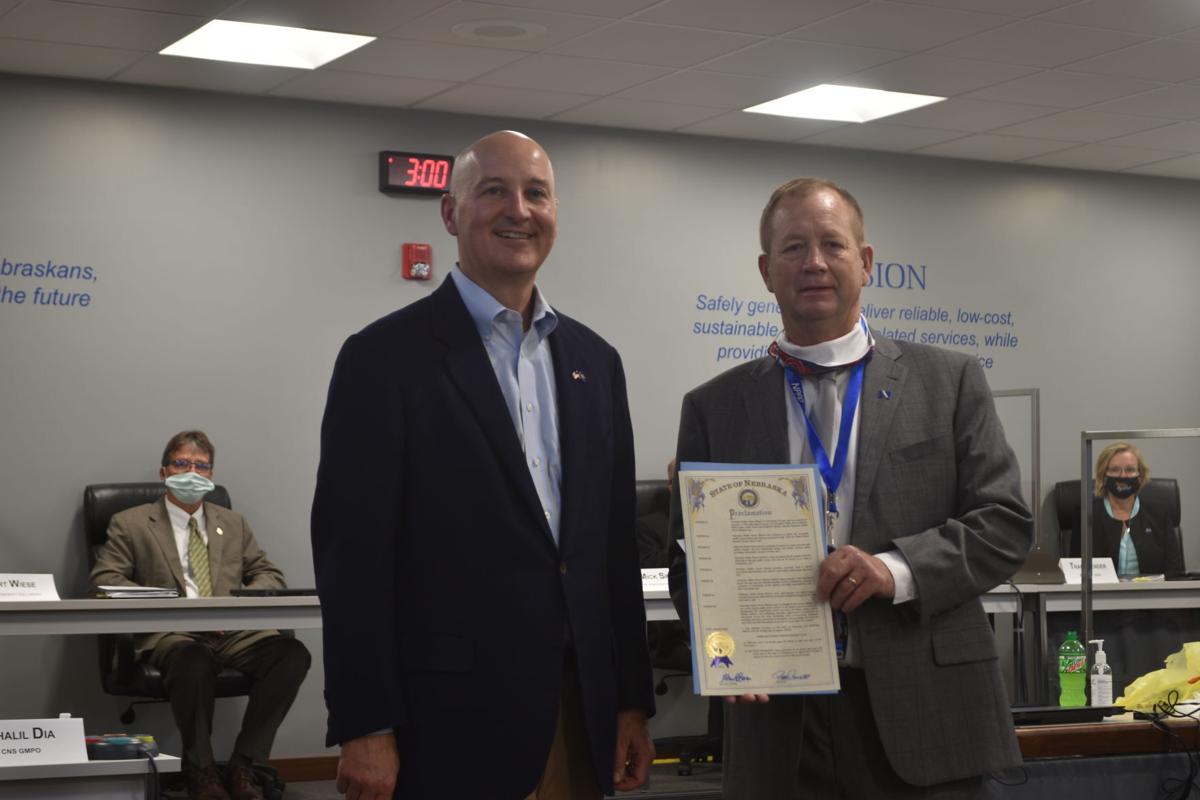 Gov. Pete Ricketts and NPPD Board of Directors Chairman Barry DeKay pose with a proclamation stating that Wednesday, Aug. 12, 2020, was Nebraska Public Power District Day. The utility company is celebrating its 50th anniversary this year. NPPD and Loup Power officials recently discussed the future of their industry.

With renewable energy increasing in popularity, Columbus-based utility companies have been working toward integrating new technology into their power source.

“The hard thing with renewable energy, specifically with wind and solar, is the sun doesn’t always shine and the wind doesn’t always blow. You need to have some kind of backup with using that,” said Neal Suess, president and CEO of Loup Power District. “There’s a lot of research going into battery storage, with battery being the backup, but it’s nowhere near what I would call the utility-scale level at this point."

For the moment, non-renewable resources are needed even when utilizing green energy.

“Right now, most of the power companies that have wind and solar resources… have other fossil fuel resources such as nuclear, coal or gas resources that they utilize for the base load capacity that they need," Suess said. "Then the wind or the solar take up whatever they actually generate and backup with that fossil fuel generation to meet the needs of the customers.”

The Nebraska Public Power District (NPPD), Loup’s wholesale power provider, has been 61% carbon-free in its energy generation in 2018 and 2019, according to data provided to The Telegram. The majority of its energy is generated from nuclear, 45.5 %, with coal contributing 26.9%. Renewable energy resources, specifically wind and hydrogen, hover around 8%.

NPPD’s contract with wholesale utilities like Loup allows for 10% qualified local generation, meaning the companies can pursue a renewable energy source, according to Ken Curry, vice president of customer services at NPPD.

“What that means is, they can rely on us to provide 100% of the power anytime they need it. But, if they want to put (energy) generation within their local area, for example, Loup Power District has those wind turbines up north of town. They put those in because then they can utilize those up to 10% of what we call their demand,” he said.

“They were built by Bluestem (Energy Solutions) and we purchase the power from them … that equates to 6% of our total capacity needs,” Suess said. “We basically take the energy off of those wind farms and that’s part of our purchase power mix.”

Additionally, NPPD and Loup have also worked with Becton Dickinson in securing a renewable energy resource for the company. Suess said an arrangement had been made to buy renewable energy credit for a price that equated to market value for wind energy for that specific wind farm. NPPD then sells the power generated at the wind farm into the marketplace.

There has been some solar usage at private homes and farms, Suess said, adding that Loup’s hydroelectric generation – the energy of which is sold to NPPD – can be considered as renewable energy as well.

“We do have a number of residential customers that have put on small solar units,” he said. “We’ve probably got about 15 or 20 of those currently, but they’re small. I mean they’re pretty tiny. They don’t equate to as much (as) the wind farms do.”

An effort has also been put into making plants greener.

Curry gave an example of a study of carbon capture and sequestration which would take the carbon out of the gases and theoretically transport it via pipeline for oil reclamation uses such as at an oil field.

Historically, the trend in energy resources, Curry said, has gone from nuclear power to coal to natural gas. Renewable energy started coming into the picture in the 2000s, he noted.

In 2018, NPPD's service rates in regards to wholesale contracts were in the 26.9% percentile of data collected by Cooperative Finance Corporation from 800 utility companies.

Looking to the future, Curry said he believes that nuclear and hydrogen resources will play an important part in generating energy.

“I do see solar (and) I do see wind, but I also see hydrogen,” Curry said. "I think hydrogen will be the fuel source that does not emit carbon to the atmosphere. There will be a way that hydrogen will be able to be utilized in a lot of different (capacities)."

Curry sees the power industry as a melting pot of both renewable and non-renewable resources, as does Suess.

“It’ll be interesting to see what the future holds.”

When Lilly Suzette Nilo was born, the first girl out of six children, her parents decided to take this new adventure one day at a time.

Bryce Kummer, charged with murder and attempted murder, made his first appearance in Platte County Court on Friday morning.

Business owners of buildings have been awarded grants to update their buildings, and those contacted by The Telegram said they were happy and …

Gov. Pete Ricketts and NPPD Board of Directors Chairman Barry DeKay pose with a proclamation stating that Wednesday, Aug. 12, 2020, was Nebraska Public Power District Day. The utility company is celebrating its 50th anniversary this year. NPPD and Loup Power officials recently discussed the future of their industry. 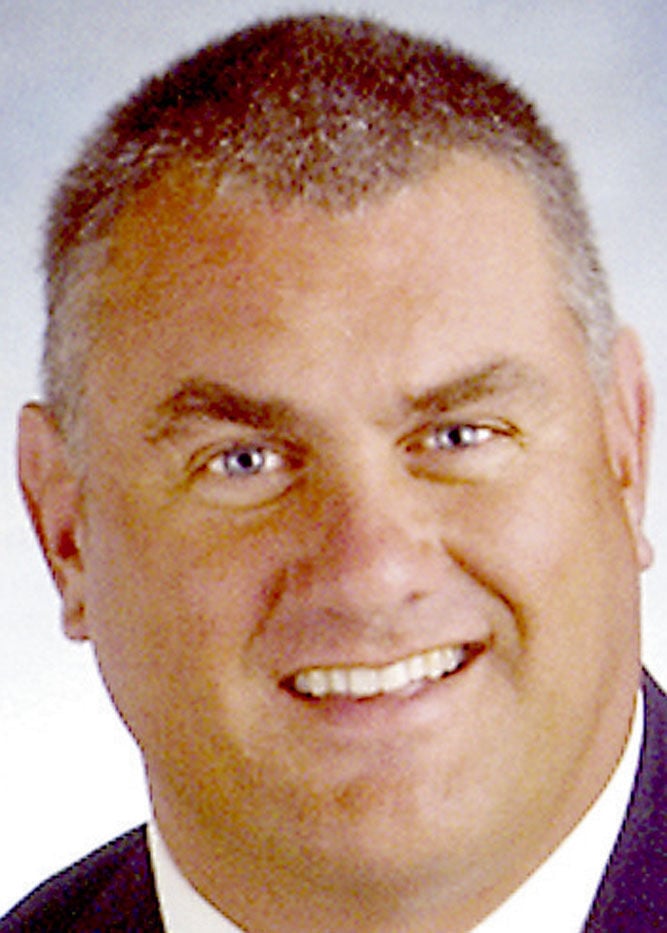