It was the first time the sisters’ business, at 1263 25th Ave. in downtown Columbus, was open to the public. To celebrate the occasion, a ribbon-cutting ceremony was held by the Columbus Area Chamber of Commerce and an open house followed.

“It’s exciting,” Maddy said of the grand opening. “We’re just looking forward to the business taking that next big step.”

Previously working out of Brittany's home, the Brewer sisters decided to move to the storefront because this location offers more space; they have seen an increased workload since they opened over a year-and-a-half ago. Brittany said they also chose to relocate due to the state’s food and lodging laws impacting what they could make. For example, their baked goods couldn’t contain any fresh fruit, she added.

Following the ribbon-cutting, chamber staff and commodores were in line to sample the baked treats and buy some for themselves, while commenting on how delicious everything was.

“It’s such a nice addition to downtown,” Columbus Area Chamber of Commerce Vice President Sharyle Sands said. “I look forward to coming down myself. We, at the chamber of commerce, wish them all the success in the world.”

Along with the items listed above, the Beautifully Baked Bakery offers dog biscuits. Brittany said the items are 100% natural and healthy for canines, adding she’s tried them herself and can vouch that they are delicious.

As previously reported, the bakery opened in May 2020 after Brittany and Maddie were both furloughed from their previous places of employment. They said the business was a passion project of theirs as baking runs deep in their family. Their mother, great-grandmother and both grandmothers loved to cook and bake, the sisters noted.

Residents can even see the family's recipes on the walls as some of the decoration include the original handwritten instructions or typed-out versions.

Although it took quite a bit of work to prepare for the grand opening – including some late-night baking – the Brewer sisters said they are thrilled to showcase their various baked treats.

“We both like a good challenge,” Brittany said. “It’s definitely going to be a challenge for us to keep up with all of this.” 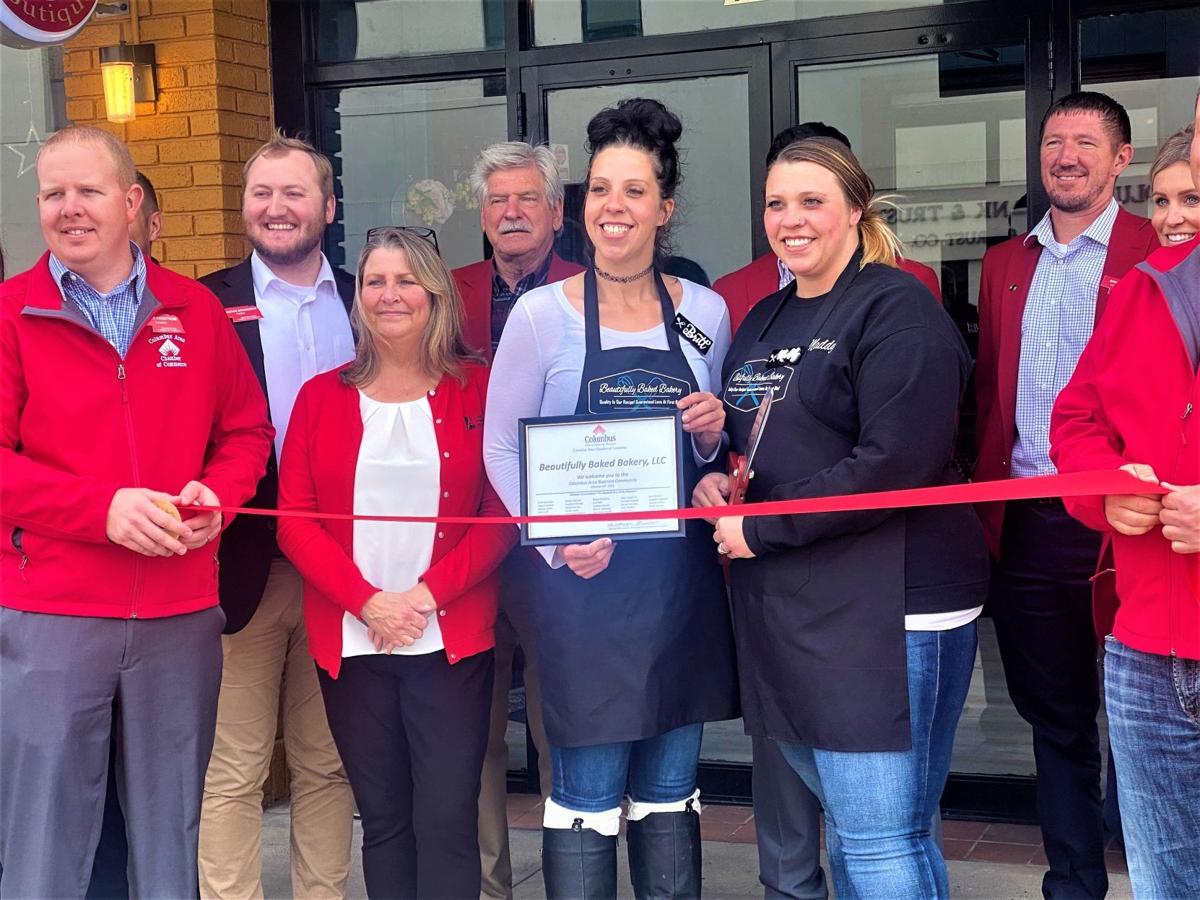 Beautifully Baked Bakery owners Brittany Brewer, holding certificate, and Maddy Brewer pose for a photo Thursday with Columbus Area Chamber of Commerce staff and the commodores before cutting the ribbon for their new business. The bakery originally started out of Brittany's home. 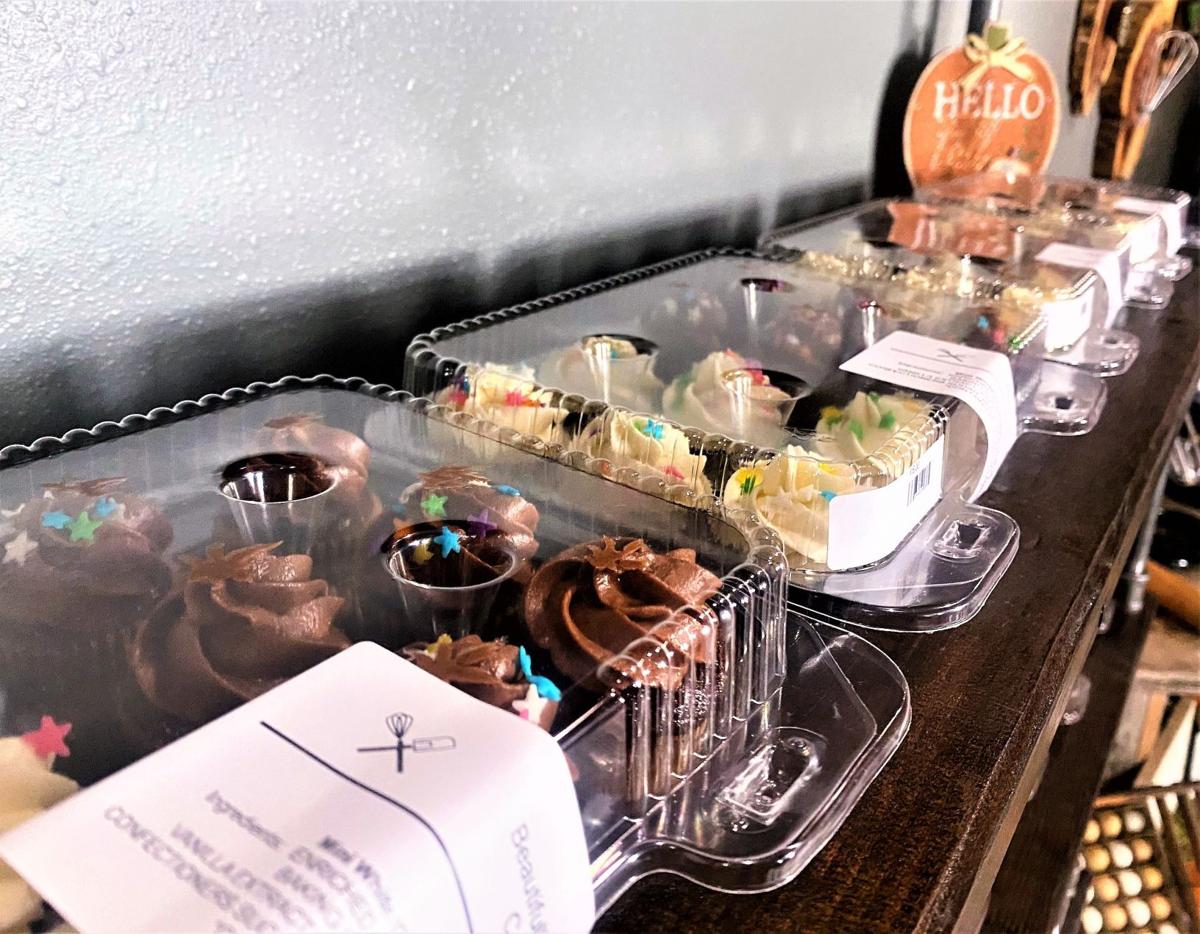 An assortment of mini cupcakes are on display in Beautifully Baked Bakery. The business held a grand opening celebration on Thursday.