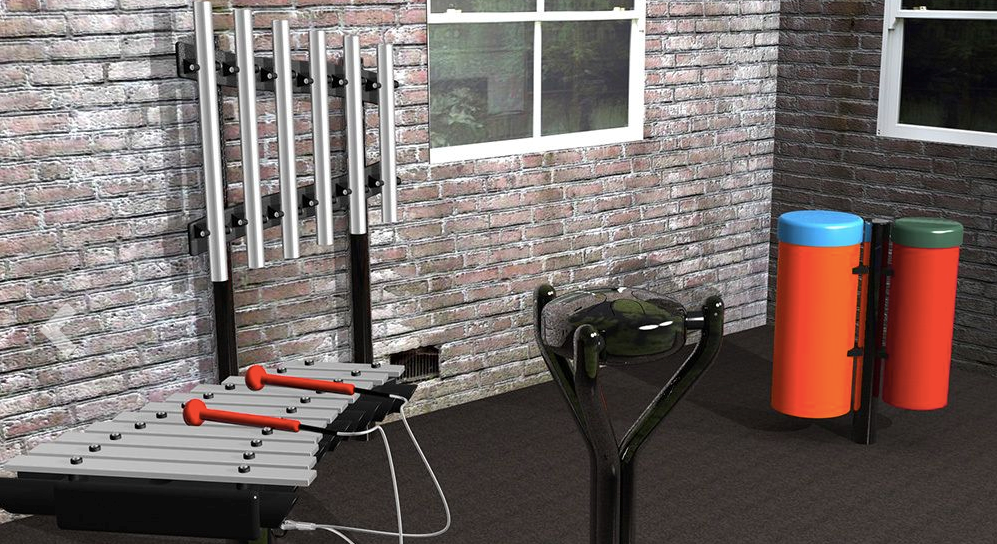 West Park Elementary School is raising money to purchase and install Columbus' first ever percussion playground. The Soprano Quartet Ensemble, from the company Percussion Play, will be installed outside the school grounds and includes metallic drums and wind chimes for children to play with. 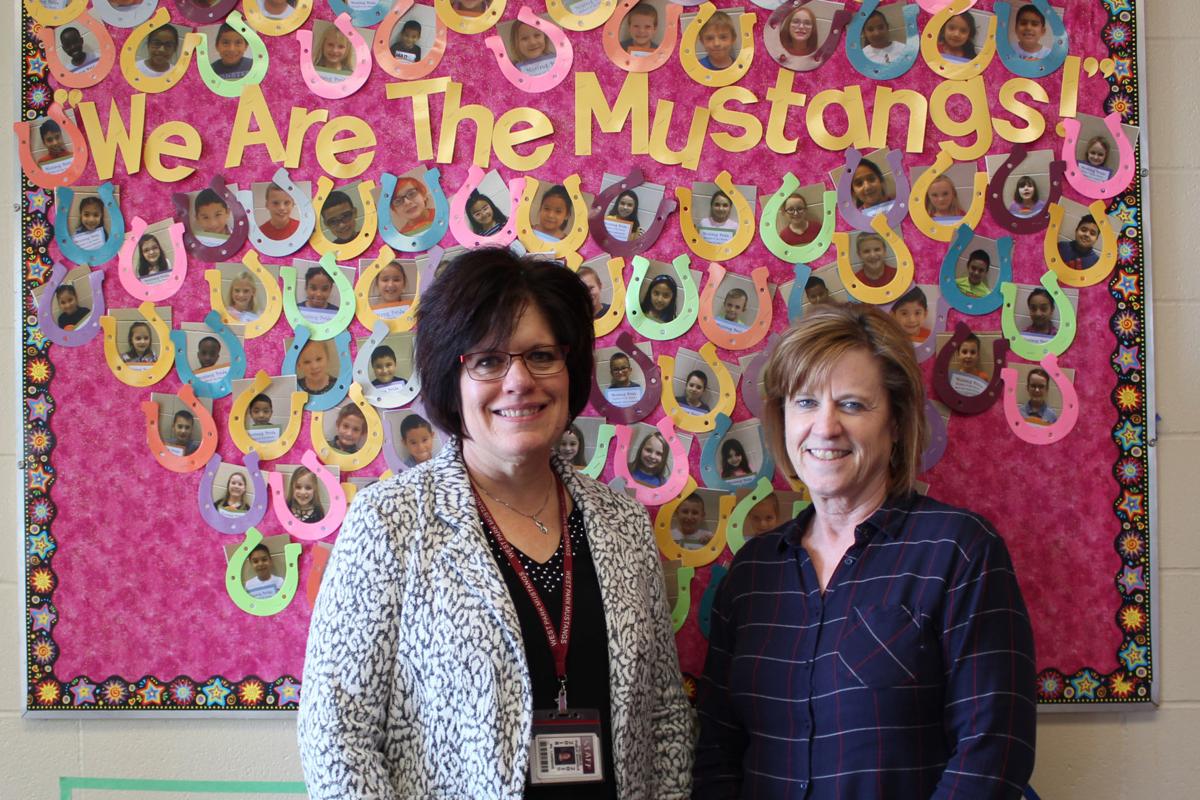 Paula Lawrence, left, and Gayle Farmer hope to raise $7,000 to purchase the equipment and have the percussion playground up and running by May.

While visiting an amusement park in Iowa, one of attractions sparked the interest of Gayle Farmer.

She watched as people of all ages banged on the metallic drums and wind chimes of the musical playground. The outdoor attraction was full of equipment used to create music.

“It was just amazing to to watch," Farmer said. "I was sitting there (and thought), oh my gosh, we need one of these at our school."

The West Park Elementary School teacher pitched the idea to school Principal Paula Lawrence regarding the possible installation. The plan is to construct a percussion playground of their own that the whole Columbus community can benefit from and enjoy.

“I think it's a phenomenal idea, and I think it’s going to benefit not just our kids at West Park, but also our kids in the community,” Lawrence said. “Columbus doesn’t have a percussion or musical playground of any kind. I know other communities who have one, (and) it’s just been a wonderful addition.”

The playground equipment will be purchased from the company Percussion Play. Its Soprano Quartet Ensemble package comes with a xylophone-like cadenza, a small Babel drum, a wind chime-like instrument and a pair of conga drums. These instruments will be made out of metal and allow for students to play them either by hand or with attached mallets.

“Music plays a huge part in a child's learning, and it is pretty much a universal language,” Farmer said. “It plays a part in their memory, it plays a big part socially and it just gets them involved. It’s just an active type of learning."

Farmer said the school hopes to have the playground installed by May. It will be built on the current spot of the school’s portable classrooms, which are expected to be relocated. The project also calls for the potential installation of motion-activated lights and ground cover installation.

The school started fundraising in August with a goal of raising $7,000. Farmer said a substantial amount of money has been raised through small fundraisers and community donations. The next fundraising event for the project is scheduled to be held from 5-7 p.m. on March 7 at West Park Elementary, 4100 Adamy St.

Bill Maltas of Lincoln, also known as “The Waffleman," will being providing Belgian waffles for sale with proceeds going toward the playground. Entertainment will be provided by the Columbus High School Drumline and Sing Around Columbus.

Tickets cost $7 before and $8 at the door. Children 5 and younger get in free. Those interested are encouraged to call the school's office at 402-563-7075 to reserve a ticket.

Eric Schucht is a reporter for the Columbus Telegram. Reach him via email at eric.schucht@lee.net.

West Park Elementary School is raising money to purchase and install Columbus' first ever percussion playground. The Soprano Quartet Ensemble, from the company Percussion Play, will be installed outside the school grounds and includes metallic drums and wind chimes for children to play with.

Paula Lawrence, left, and Gayle Farmer hope to raise $7,000 to purchase the equipment and have the percussion playground up and running by May.