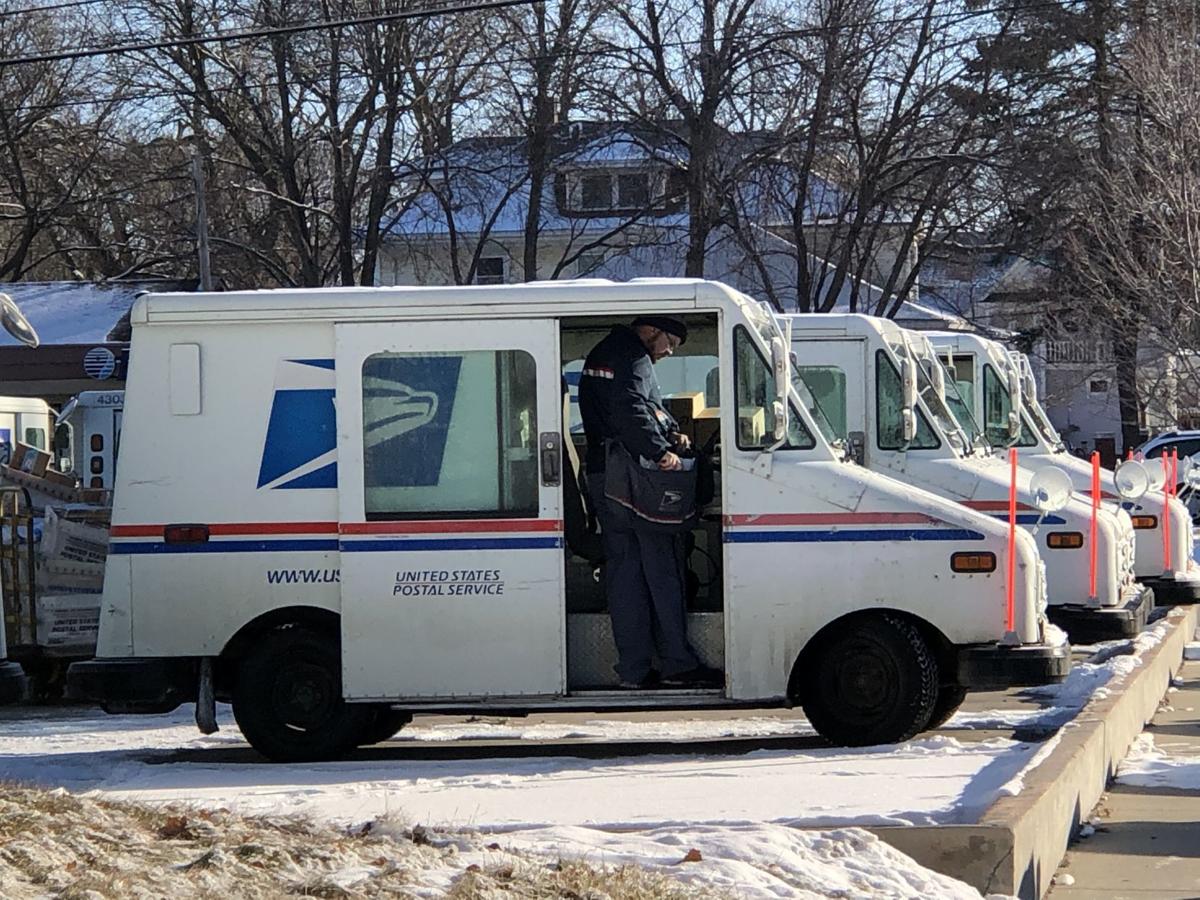 A postal worker loads his truck to deliver packages and presents during what is the Postal Service's busiest time of the year. 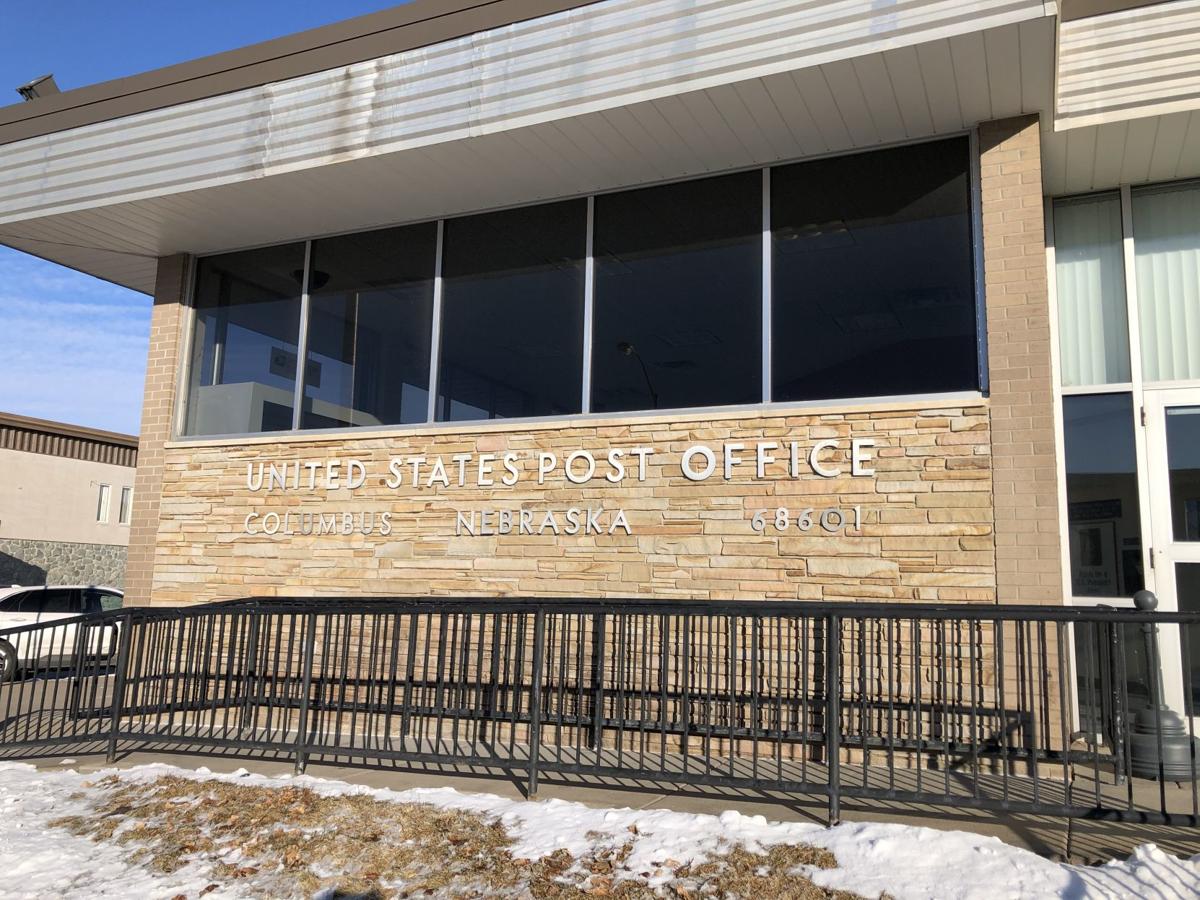 The storefront of the Columbus USPS office, 1555 24th Ave.

Most people are pretty busy during the holiday season rush, and workers of the United States Postal Service are no exception. In fact, their jobs this time of year are arguably more chaotic than most.

Randy Nickolite, a 10-year postal veteran of Columbus’s Postal Service location, said that Christmas season 2019 has been quite the undertaking.

“Oh, it’s been pretty hectic this time of the year,” Nickolite said. “There’s not much free time. This is one of the busiest years I think that I have seen for quite a while.”

He noted that the amount of packages from online shopping has been even higher than in previous years.

“It seems like we have a lot more volume coming through that we did before,” Nickolite said.

One of the things that has made online purchasing a viable choice for holiday shoppers this is that businesses like Amazon have their two-day free shipping via Amazon Prime, as well as other stores like Target, Walmart and Best Buy that have free shipping on all online orders throughout the holiday season.

This ultimately places additional pressure on carriers to get those gifts to homes in a timely fashion.

Fortunately for Nickolite, he’s not the person who organizes all of the specific packages for various deliveries.

“I don’t get to see that much as a carrier, because that stuff goes to the clerks when it comes in and they separate all that stuff, and it gets shipped out to the different routes and we (the mail carriers) just sort it and take it out,” Nickolite said.

Navigating the roads when it snows in Columbus can quite the operation, but Nickolite noted that this holiday season has been relatively smooth sailing.

“It hasn’t been too bad this year,” he said. “We had one day where the roads were snow-packed, but you just slow down just a little bit.”

As expected, the mail trucks this year have been a lot like Santa’s sleigh, packed tight with an assortment of gifts and goodies that will end up in people’s kitchens and beneath their trees.

“We load the vehicles as full as we can get them and we have some other carriers and substitutes that come in and take some of that off of us, otherwise we’d be out all hours of the night some nights,” Nickolite said.

Another one of the primary carrier goals is to get all of the mail delivered before the sun goes down, as it is harder to navigate the city when visibility is low.

“The biggest goal for a lot of us carriers is that we want to get in before it gets dark because it gets hard,” he said. “It’s a little stressful since you’ve really got to concentrate on what you’re doing. There are some days where you will have box-section mail (unaddressed mail), your letters and packages, so you’re trying to concentrate on ‘where’s my next piece of mail coming from’ and sorting and giving it to the right address.”

People stealing delivered packages during the holiday season has been a problem during the last few years. This year, though, has yielded a different result, for whatever the reason.

“I’ve heard of it a couple of times but it really has not seemed to be a problem,” Nickolite said.

Tracking holiday mail through websites and phone applications has been one of the primary was customers have been keeping tabs on where their purchases are coming from, and when they ultimately are arriving.

Nickolite said that every item that comes through the local Postal Service warehouse is scanned, letting customers know where their package is at the moment. When the mail carrier has put the package at the customer’s home, it is once again scanned so that the customer knows that it has been delivered.

Annette Pycha, a 25-year Postal Service worker, said that this has been the most insane holiday season she’s encountered.

“It’s been more hectic than any season … This is probably the most parcels I have had ever,” Pycha said.

There has been an increase in worked hours because of the influx of packages needing delivered prior to Christmas day. But even through all of that and the chaos associated with the holiday season, Pycha said that she is thankful for the good weather that she and her colleagues have been encountering.

“We appreciate the good weather,” she said. “When we have the bad, icy weather, it makes it tough to deliver packages … Just the sun shining makes it better.”

Both Nickolite and Pycha said that when the weather is rough, they are given cleats for their work boots so that they do not slip and fall while maneuvering about their routes.

Pycha noted that many customers appear to be very appreciative of the long hours and hard work put in by Postal Service employees, especially around this time of year.

“One nice thing is that the customers are usually pretty happy to see us with their packages. I mean, that’s a plus. Everybody is usually in a good mood...,” Pycha said.

“Overall, it’s a pretty good job. You feel good about it at the end of the day, delivering all of those packages to people. You see they’re happy to get mail, so it is fulfilling, too.”

A postal worker loads his truck to deliver packages and presents during what is the Postal Service's busiest time of the year.

The storefront of the Columbus USPS office, 1555 24th Ave.