The Nebraska State Patrol arrested a suspect Friday morning in connection with four homicides that occurred in the northeast Nebraska town of Laurel Thursday.

Jason Jones, 42, was taken in to custody shortly after 2:30 a.m. Friday, according to the patrol. Jones is a Laurel resident and lived near the first victim's home. He sustained serious burns and is being treated at a St. Elizabeth Medical Center in Lincoln.

Four people died in house fires that occurred in two different homes within three blocks of each other early Thursday morning. The patrol said on Friday that each victim had suspected gunshot wounds.

Just after 3 a.m. Thursday, Cedar County 911 received a phone call reporting an explosion and fire at 209 Elm St. in Laurel. Inside, Ebeling was found dead.

While crews were on the scene of the first fire, another fire was reported three blocks away at 503 Elm St. Fire crews and law enforcement found three members of the Twiford family dead in that home.

Fire investigators think the fire at 503 Elm may have started around the same time as the explosion at 209 Elm — around 3 a.m., the patrol said.

Accelerants may have been used in both fires, said Col. John Bolduc, the superintendent of law enforcement and public safety for the patrol, during a Thursday press conference.

The patrol said that there is no danger to the public at this time.

Getting away with murder: Nebraska cold cases 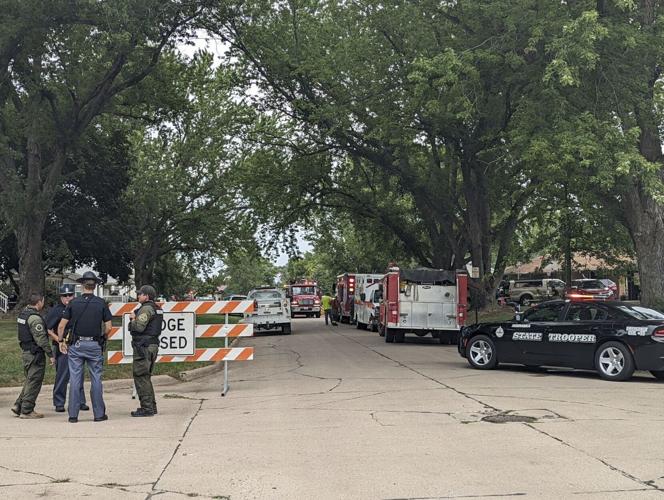 Two house fires occurred early Thursday three blocks apart on this stretch of Elm Street in Laurel, Nebraska. Four bodies were found in the houses, and the Nebraska State Patrol said each appeared to have gunshot wounds. 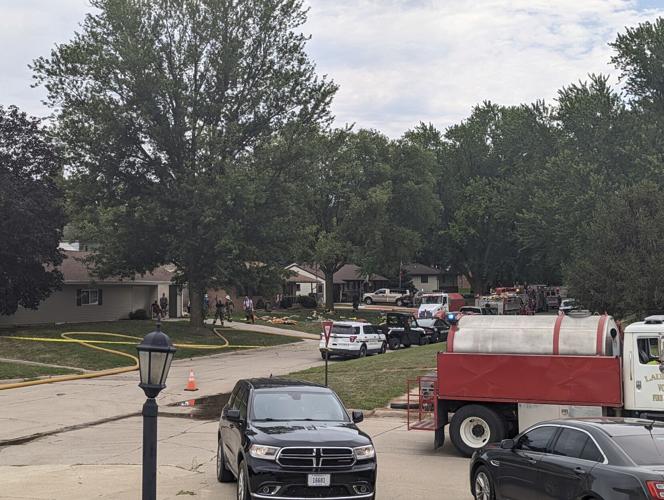 Barricades block off a portion of Elm Street in Laurel where four people were found dead Thursday. A man who lives on the street has been arrested on suspicion of homicide.