OMAHA — What iconic Nebraska food has TikTok star Elyse Myers yet to try?

Great question. She would love to tell you.

Myers, who lives in the Omaha area, has 5.8 million followers on the social media site, plus 2.3 million followers on Instagram and more than 71,000 on YouTube. She is known largely for her "coffee talk" videos, where she sits in front of the camera, telling funny stories while emojis and other graphics pop up on screen.

Myers often sets up her videos by briefly laying out a scenario and saying, "Great question. I would love to tell you." She also films herself singing, occasionally accompanied by her dog Bauer.

In addition to her tales of awkward or funny interactions, the 29-year-old has used the video-sharing platform to encourage people and to address mental health issues. She often posts about her own social anxiety.

Many of her videos are filmed from the home that she shares with husband Jonas and their nearly 2-year-old son August.

Myers said she started posting videos for fun after she had her baby. She was trying to reconnect with the humorous, creative person she was before she gave birth to her son.

"When August was born, this new version of me was born at the same time," she said in an interview. "I'm kind of learning to marry those two people — past Elyse and mom Elyse, and also wife Elyse and all the Elyses — in one."

The stories she told on TikTok resonated so deeply with viewers that she kept telling them.

"It was never the intention at all to have people know who I was from this," she said. "I've just seen so much power and so much community in sharing the funny and not-so-funny moments that happen in your life."

One of Myers' first videos that went viral was about her worst first date, which involved her buying 100 tacos from Taco Bell.

A man on a dating app had messaged Myers saying, "I like your face. Let's go get some food."

"Um, I love food. Are you my soulmate?" Myers said in her retelling of what happened.

Myers drove to the guy's house, which was 45 minutes away, and then drove the two of them to a restaurant. Which turned out to be a Taco Bell.

At the drive-thru speaker, the man leaned over Myers to order 100 hard-shell tacos. At the window, he motioned that he forgot his wallet, sticking Myers with the bill.

Back at the man's house, they walked past his dad to get into the kitchen. The man emptied boxes of tacos onto the table and screamed, "Let's feast!"

The man's dad grabbed a taco and asked Myers if she wanted to see his studio.

"I was like, 'I have never wanted to see anything less in my entire life,'" she said. "It was that moment that I decided this date was completely over or else I was going to be killed. 100%."

She scooped up the tacos and told the man, "Thank you for this experience. You will never hear from me again."

Myers said in the interview that she has told the Taco Bell story "a million times" because it was so crazy. She noted, however, that it's not the wildest thing that has ever happened to her.

"I genuinely thought when I posted it that no one's going to listen, because (the story) was so long," she said. "Immediately, people heard it."

Myers was raised in California and moved around before settling in Nebraska with her husband in 2017.

She said she never felt like she belonged in California. The slower pace and community feel here make the Midwest seem just right for her.

Myers slips mentions of the Midwest into some TikToks, such as when she talks about Omaha's abundance of car washes or hearing people ask for coffee refills by saying "Heat it up."

Having grown up in California, she said in one video, she has seen plenty of beautiful ocean views. But a cornfield blowing in the breeze is like the "Midwest ocean," she said.

"I understand the love for corn. It's real. You should go see it in person sometime," Myers said in her video.

Myers said she shares things that feel huge when they're happening, but if she removed her internal dialogue, the events would be fairly run-of-the-mill.

Myers said she wishes she could tell some of her stories again for the first time. One cringe-y tale: She went to her first red carpet movie premiere wearing a pair of expensive pants that a designer had lent her. She ended up spilling popcorn butter on them as she watched the movie. And as they walked back to the hotel — to avoid a second $75 Uber ride — she ripped two holes in the legs after tripping and falling on concrete in tall heels.

After Myers posted that story, the stylist mailed her the pants to keep. "I'm not even going to fix it," Myers said. "I'm just going to have them and be a memory."

She also loves making harmony-building videos. In those posts, Myers' singing blends with others' singing, with one or the other singing harmony.

Myers said there's a fine line between information that's hers to share because she experienced it and information that is someone else's story. Sometimes, she said, she'll change a name or will be sure to share only her perspective of an event.

In her early videos, viewers may have spotted cameos of Myers' son, including his little legs flailing as she joked about changing his diaper. But Myers said she doesn't share stories about her son on her account anymore. She said it started to feel like if she didn't capture a moment on video, it didn't happen.

"Anything to do with our family or our son, we try to keep private," Myers said. "I really just like to focus on things that I'm personally experiencing outside of the house."

While Myers' content has evolved since she first started posting, she has tried to stick to three things: helping people feel that they're known, that they're loved and that they belong.

At first, she felt pressure to stick to funny stories. But she started addressing mental health and mixed in videos where she tosses out affirmations. In one video, Myers simply starts by saying, "I am so glad you're here. You matter. You matter." In another video, she thanks a woman named Laura, who Myers said had saved her life by offering the simple kindness of washing and styling her hair once a week when she was sad and depressed.

"If I don't pull the curtain back and talk about things that are hard right now, you're not getting a full picture of who I am," she said. "I think the best thing for me is to understand that people are going to get me — all of me, all the things of me."

Myers recently started a podcast, Funny Cuz It's True, during which she interviews celebrities. She said she tries to draw out stories that bring out who they are as a person.

"It's awful," she joked about talking to such celebrities as NSYNC singer Lance Bass and actresses Jenna Fischer and Angela Kinsey from "The Office" TV show. "It's the best and worst thing that could have ever happened to me. I don't know if I'll ever get used to it. I hope I don't."

Myers has had other celeb run-ins. Movie star Reese Witherspoon and actor/singer Penn Badgley have posted "duets" of them singing to Myers' TikTok videos. Recently, Myers did a popular TikTok dance with pop singer Meghan Trainor in Trainor's living room.

In addition to TikTok and her podcast, Myers also works on recording songs and writing books, and she's exploring a scripted TV show.

While her content may change over time, Myers wants to keep the community she has built across the various social media platforms. She has had fans become friends through the comment sections. Another group of fans hosted a virtual baby shower for her in a comment section.

"The community I've built on the apps is so important to me and feels so close," Myers said. "It's millions of people, but it feels like it isn't."

Now, Myers often gets recognized when she's out in public, especially around Omaha and at Eppley Airfield. She joked that fame is one of the worst things that could happen to someone with social anxiety.

But Myers said she enjoys meeting fans and hearing their encouragement in person.

"I love, love, love that, and I try to be as present as possible," she said. "I've never understood the idea that you just brush someone off and keep going. I will listen to your entire life story and also, 'Do you want to get a photo? Let's take a photo.'"

Oh, and that iconic Nebraska food that Myers has yet to try?

Runza. Maybe that experience will be on TikTok someday.

Check out our best Omaha staff photos & videos of November 2022.

The line of royal succession explained with new baby news 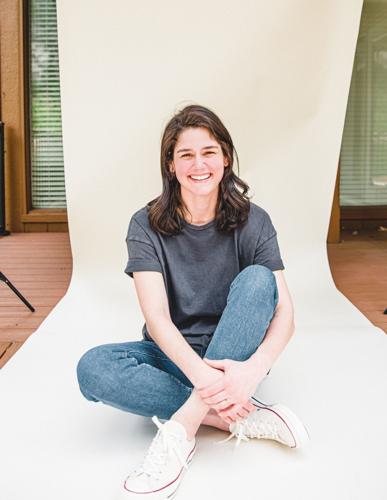 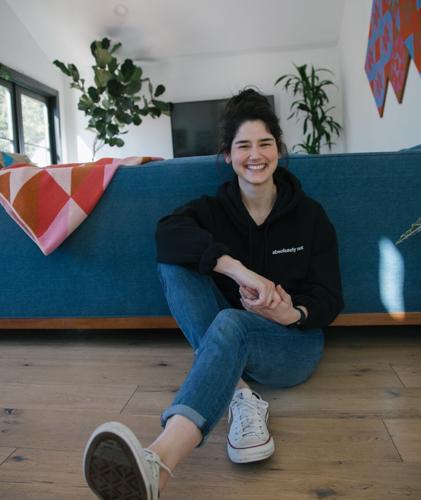 Elyse Myers is known largely for her "coffee talk" videos on TikTok. But she also has used the app to talk about mental health and to offer encouragement to her millions of followers.