More than 1,500 live exotic turtles have been found wrapped in duct tape and packed into suitcases at an airport in the Philippines.

The animals, which had a total worth of 4.5 million Philippine pesos ($87,000), were probably set to be sold, the country's Bureau of Customs agency said in a Facebook post.

They had been smuggled onto a flight from Hong Kong and were found in four unclaimed pieces of luggage at Manila's Ninoy Aquino International Airport.

Three of the species discovered — the star, redfoot and African spurred tortoises — are classified as vulnerable by the International Union for Conservation of Nature (IUCN) but are frequently sold as part of the illegal exotic pet trade.

The fourth species, the red-eared slider turtle, is commonly kept as a pet around the world.

A lucrative black market for rare turtles exists in Hong Kong, where poachers frequently set traps for the animals, despite all wild turtles being protected by law.

The Hong Kong government says anyone found with an endangered species faces a maximum fine of 10 million Hong Kong dollars (US $1.3 million) and 10 years in jail, and the Philippines has similar laws.

Last year, the agency said, it seized a total of 560 exotic species that were packed into parcels, luggage and shipments. The haul included 250 geckos, 254 corals and other reptiles, it said.

"Earlier this year, 63 iguanas, chameleon and bearded dragons were also intercepted through the efforts of vigilant frontliners and operatives of Customs," the agency added.

TORONTO (AP) — Canada and the U.S. have agreed to extend their agreement to keep the border closed to non-essential travel to June 21 during t…

NAIROBI, Kenya (AP) — On just one day this month, 50 Tanzanian truck drivers tested positive for the coronavirus after crossing into neighbori…

JERUSALEM (AP) — Muslims worldwide will celebrate one of their biggest holidays under the long shadow of the coronavirus, with millions confin…

PARIS (AP) — Just one week after a third of French schoolchildren went back to school in an easing of the coronavirus lockdown, there's been a… 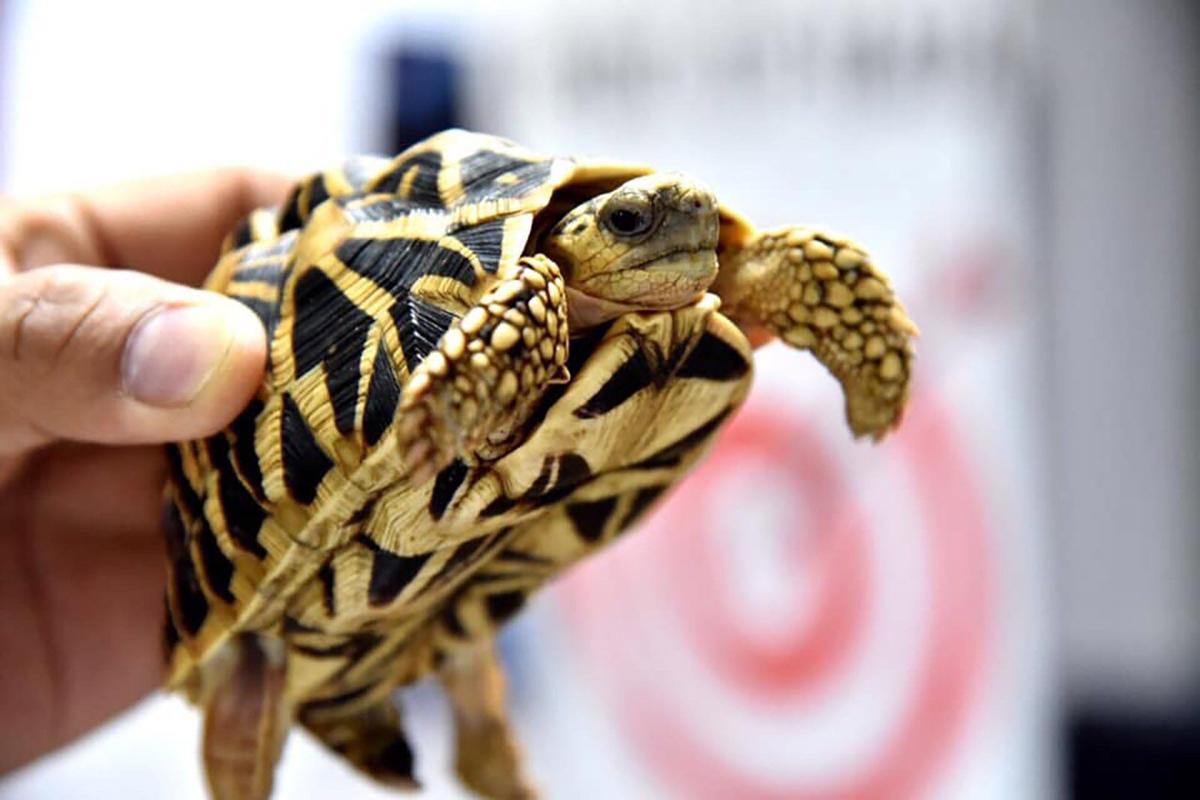 One of the turtles discovered is shown by customs officials. 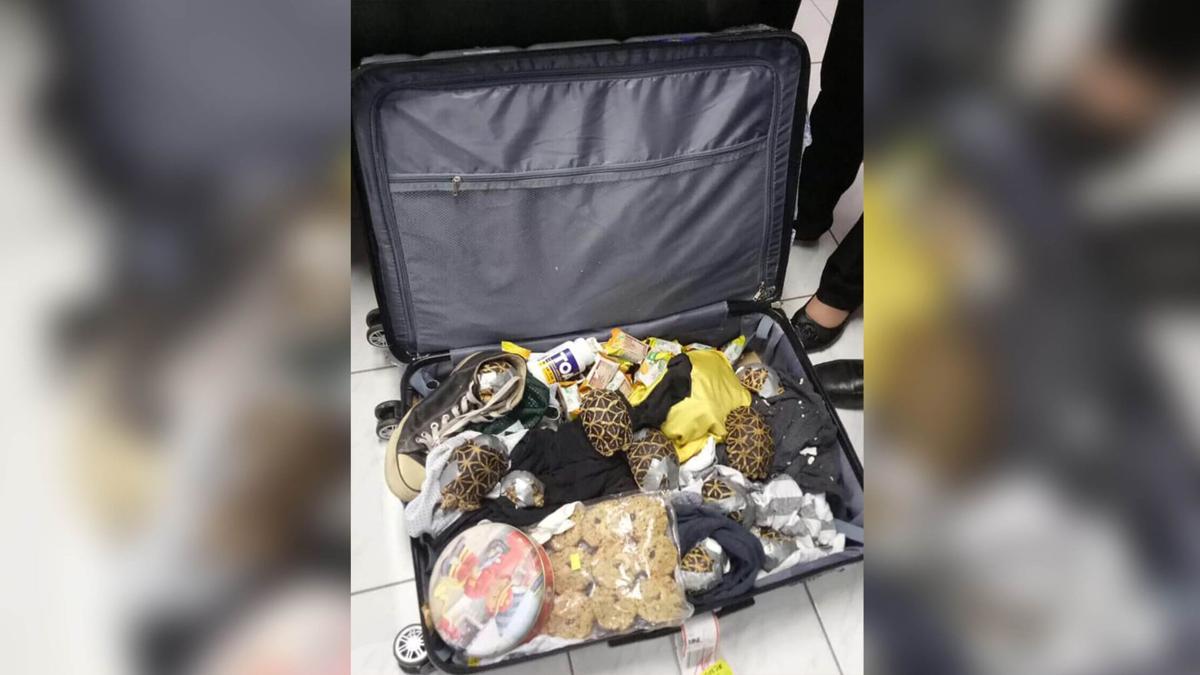 More than 1,500 live exotic turtles have been found wrapped in duct tape and packed into suitcases at an airport in the Philippines. 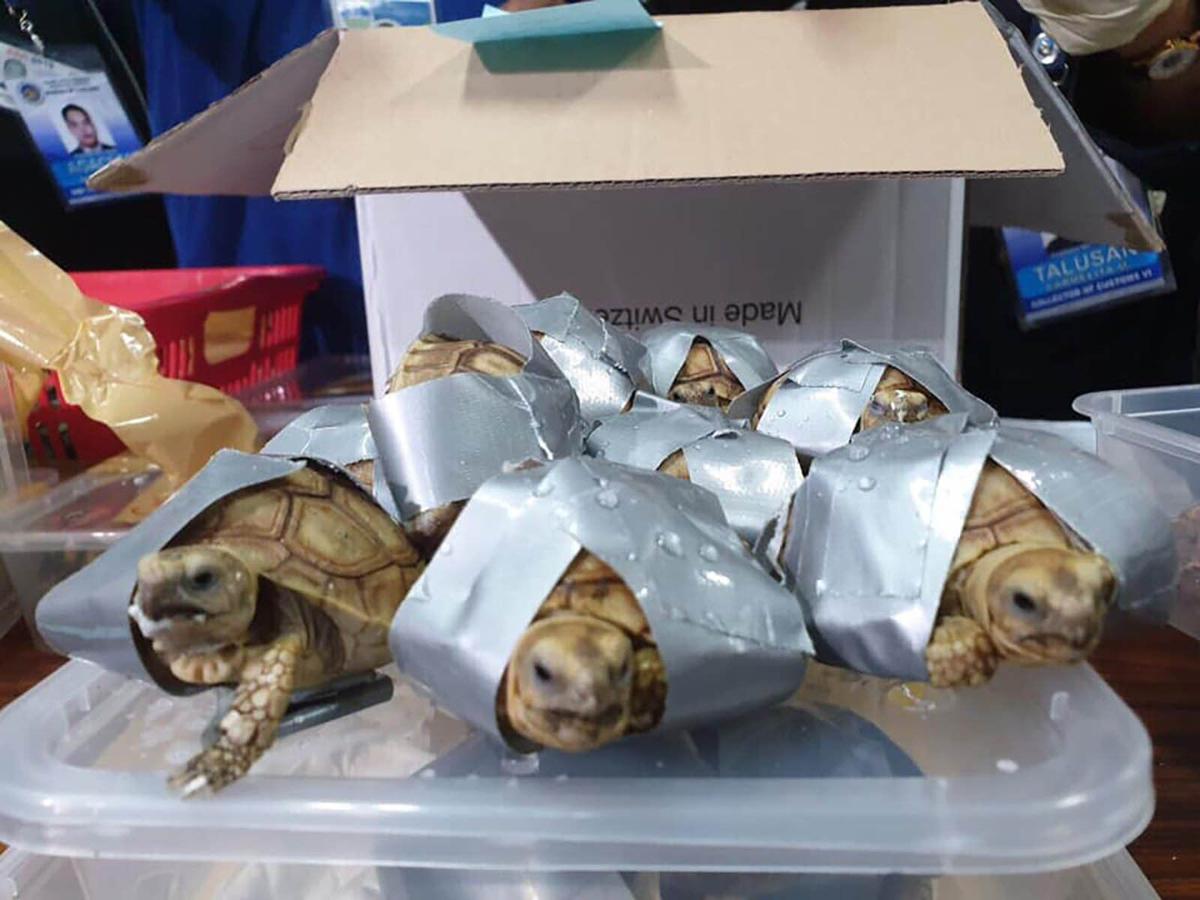 Turtles found wrapped in duct tape and packed into suitcases at an airport belonged to four species, three of which are listed as vulnerable.