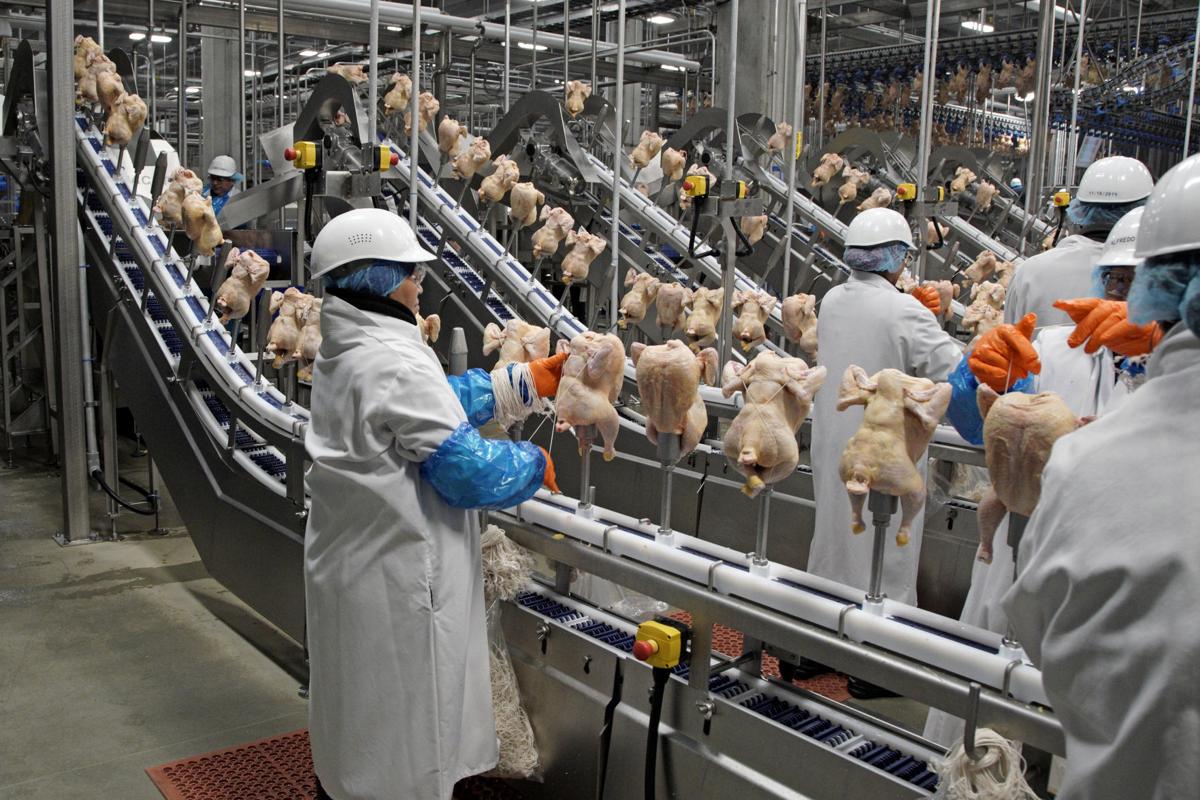 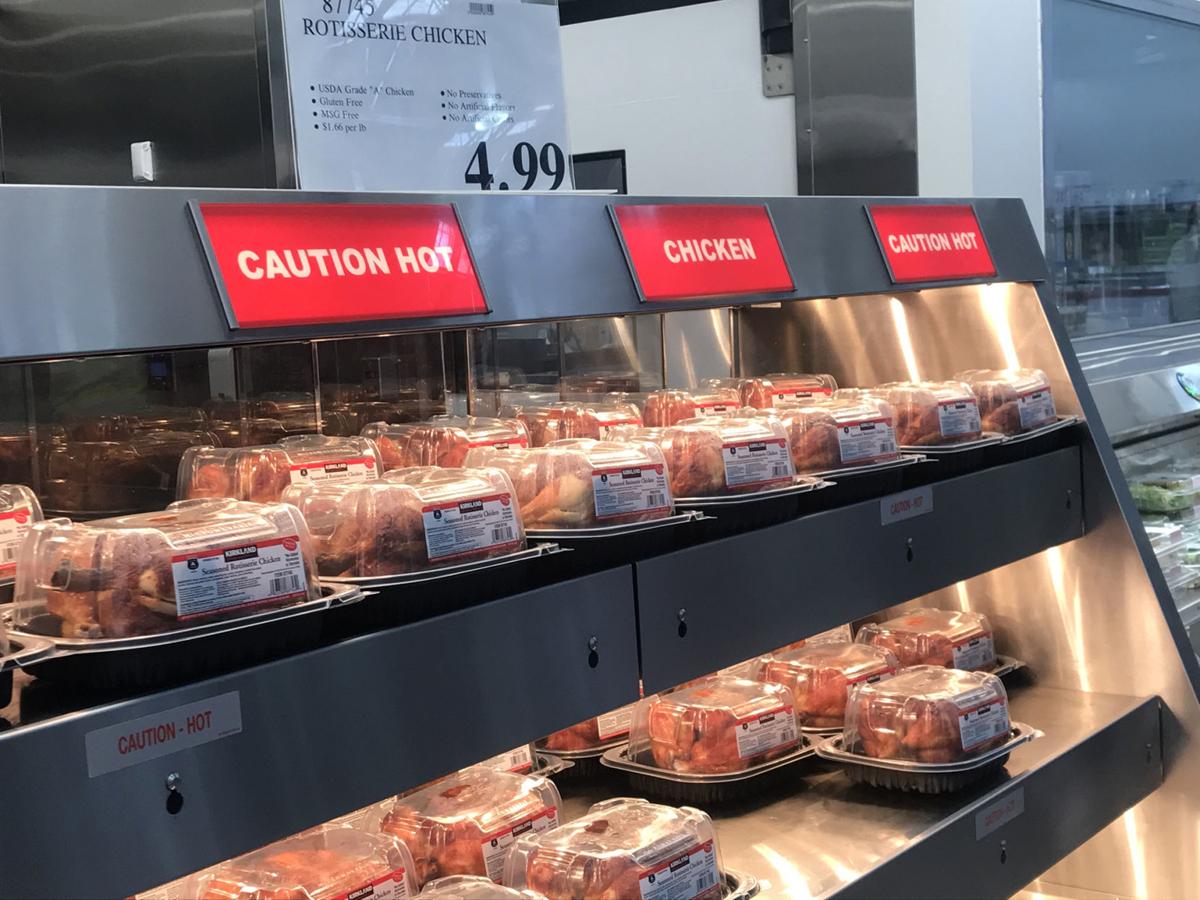 According to CNN, Costco sold 91 million rotisserie chickens in 2018, more than double the number from a decade prior. 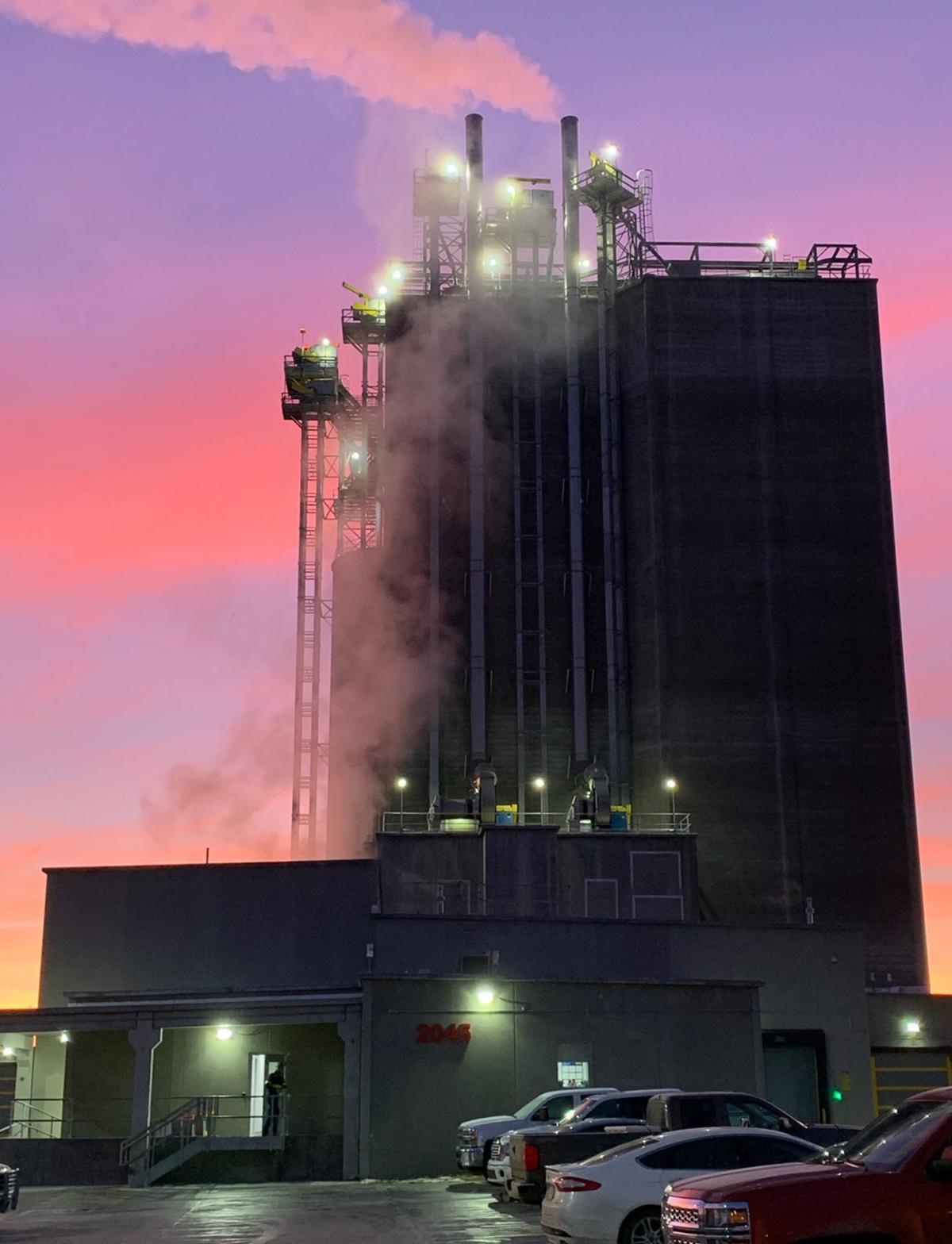 Steam rises from the feed mill at the Costco chicken processing plant in Fremont.

As Costco’s new chicken processing plant in Fremont continues ramping up toward full capacity and the ability to process more than 2 million birds each week, uncertainty remains about whether any of them will ever come from Lancaster County.

"Based on everything I've seen, I'm confident it will happen," said Jessica Kolterman, spokesperson for Lincoln Premium Poultry, the company running the Fremont plant.

In November, Lancaster County commissioners, on a 3-2 vote, rejected Sunset Poultry’s application for a 380,000-chicken farm near Raymond, despite previously approving a similar operation in southwest Lancaster County.

Both decisions are being appealed.

"We are holding spots for these growers at this time," Kolterman said. "We also have other farmers waiting in the wings, looking for this kind of opportunity."

Meanwhile, the first-of-its-kind Costco plant will add a second shift in March as it works toward operating at full capacity by early summer and providing 40% of Costco's chicken products in North America, including the trademark $4.99 rotisserie chickens.

Currently, the Fremont plant employs 700 workers, most of whom already lived in the area and "were looking for new opportunities," Kolterman said.

But as the jobs and property tax base of the new plant are celebrated as significant economic development victories in the state, a number of the large chicken farms necessary to supply the processing plant with birds have met opposition. Public hearings brought out plenty of public sentiment against them.

Lancaster County commissioners' decision to deny a special permit to Sunset Poultry came after hearing opposition from neighbors, including the Raymond Central School District. The district's high school is just more than a mile from the proposed site.

Testimony in October swayed the three Democratic members of the County Board, who said the proposed operation on roughly 100 acres near Northwest 27th Street and West Ashland Road has too many unknown risks.

Raymond Central Superintendent Derrick Joel, whose district figures to benefit from the additional tax dollars that would come from a chicken farm — 82% of that district's budget comes from property taxes paid by owners of agricultural properties — said he had other things to consider.

A big concern for him and many area residents is the potential increase in truck traffic. Kolterman said that based on the operation’s size, it would average three trucks a day coming to and from the site.

However, there are times, such as when the broiler chickens reach maturity and have to be moved to Fremont, the truck traffic would be much heavier.

And that traffic would go south on Northwest 27th Street and then east on West Agnew Road, right past the school.

Several people who testified said the intersection of Northwest 27th Street and Agnew Road is dangerous — Joel called it “deadly” — and said it would be a huge safety concern, especially considering that students get to the rural school either by driving themselves or riding the bus.

“We’re not against agriculture and the growth of agriculture,” said Joel, noting that his board of education had unanimously opposed the operation.

“We’re simply opposed to the location.”

Others, such as Graham Christensen, an area farmer and the head of GC Resolve, oppose the chicken farms for environmental reasons.

Christensen points to damage to the soil and drains on the water supply that, he said, have taken root a decade after Iowa’s farmers turned to large-scale operations.

Iowa isn’t a cautionary tale, Christensen said. “Iowa is a reality tale — one from our neighbor. It's what’s happening, and we can learn from these things just like we can learn from what happened in Chesapeake Bay, Georgia and Arkansas. They got inundated with large-scale poultry operations.”

John Hansen, president of the Nebraska Farmers Union and a member of the board that made recommendations to Lancaster County on regulating concentrated animal-feeding operations, said he fears many chicken producers are going to get manipulated by Costco, which controls every aspect of the operation, from hatchery to the grocery case.

“At the end of the day, you help them (producers) get more facts and information, and the decisions are theirs to make," he said. “We try to provide facts rather than to tell people what they should do.”

But as skeptical as Hansen is about Costco, Kolterman said there are dozens of happy endings to be told.

In August, Kolterman said chicken barns supplying Lincoln Premium Poultry span throughout about 20 Nebraska counties and four to five counties in Iowa, adding that the typical four-barn setup costs between $2 million and $2.5 million, with return on the investment estimated at 15 years.

Kolterman said that investment made by farming families has enabled them to diversify their operations and open an alternative stream of revenue. Additionally, the farms are adding demand for corn and soybeans in the region.

"I encourage anyone who doesn't see the benefit of this to go talk to a few farmers," Kolterman said. "Go talk to a neighbor who had a chicken farm next to them for six months before they even knew it was there.

"Tell them to talk to farmers who say doing this has changed their lives." 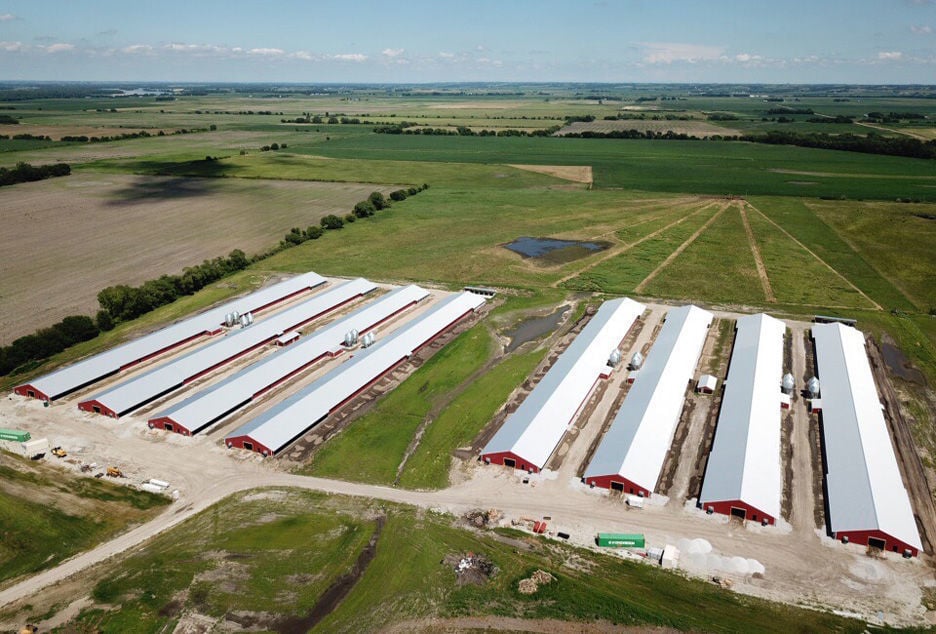 According to CNN, Costco sold 91 million rotisserie chickens in 2018, more than double the number from a decade prior.

Steam rises from the feed mill at the Costco chicken processing plant in Fremont.