Virus briefing: US tops 5 million cases, with no end in sight

The Bank of the Valley Seniors blasted out of the gates in Friday's home opener against Pinnacle Bank (Central City) but limped to the finish line and suffered a 9-7 defeat.

The Seniors plated four in the first then failed to find timely hitting the rest of the way while stranding nine runners over the final six at bats. A series of mistakes in the field by Bank of the Valley and bloopers and bleeders by Pinnacle bank at the plate turned the game around in the middle innings.

The visitors plated one in the third, three in the fourth and four in the fifth to take the lead for good.

Following a rainout of a road game the night before, the loss was a tough pill to swallow for players who had been waiting months to return to some form of action.

"We were really sloppy, and I think the guys would admit that," coach Brach Johnson said. "It's just kind of a knocking-the-rust-off kind of thing, at least these first couple games for sure. But, we were every bit as good as they were. We just didn't score the runs we needed to when we needed to."

Ian Gibbs started for the Seniors and was effective in his three innings of work. Concerned with pitch counts and stamina early in the schedule, Gibbs was held to just 36 pitches while allowing two hits, an unearned run and striking out five.

He set Pinnacle Bank down in order in the first then took the mound for the second with a 4-0 lead. Eric Mustard started the night with a double, Evan Tessendorf reached on an error two hitters later then Caden Pelan walked to load the bases.

Haustyn Forney cashed in the opportunity with a two-run double then Gibbs helped his own cause with a grounder up the middle two hitters later, two more runs and a 4-0 advantage.

His only trouble came in the third following a dropped third strike to the leadoff hitter, a stolen base, one-out single then RBI ground out.

Up 5-1 after three, Bank of the Valley gave up three in the fourth on three hits, a walk and an error, extended back out to a two-run lead on Pelan's two-out, RBI single in the bottom half but then fell behind to stay following three hits, a walk, an error and four Central City runs in the fifth.

Adam Van Cleave scored from third on a wild pitch in the fifth but the offense managed just two hits the rest of the way and left both stranded.

"Colten (Korth) came in and did a really nice job locating his pitches, and they hit him. He had multiple hard-luck base hits, the kind I haven't seen in a while," Johnson said. "None were hit all that hard, they were just hit in gaps and things like that."

Bank of the Valley was 1 for 9 with runners in scoring position in the second through seventh.

Bank of the Valley left 10 runners on base and committed three errors that led to three unearned runs.

"I totaled up about six plays where we should have had outs, and after those I think we gave up six of the nine runs," Johnson said. "A lot of that has to do with it being the first game. But overall, I was pleasantly surprised with the pitching, our ability to pitch; all three pitchers threw strikes really well, and then we had good at bats and hit the ball well."

Early Wayne offense drops Bank of the Valley to 0-2 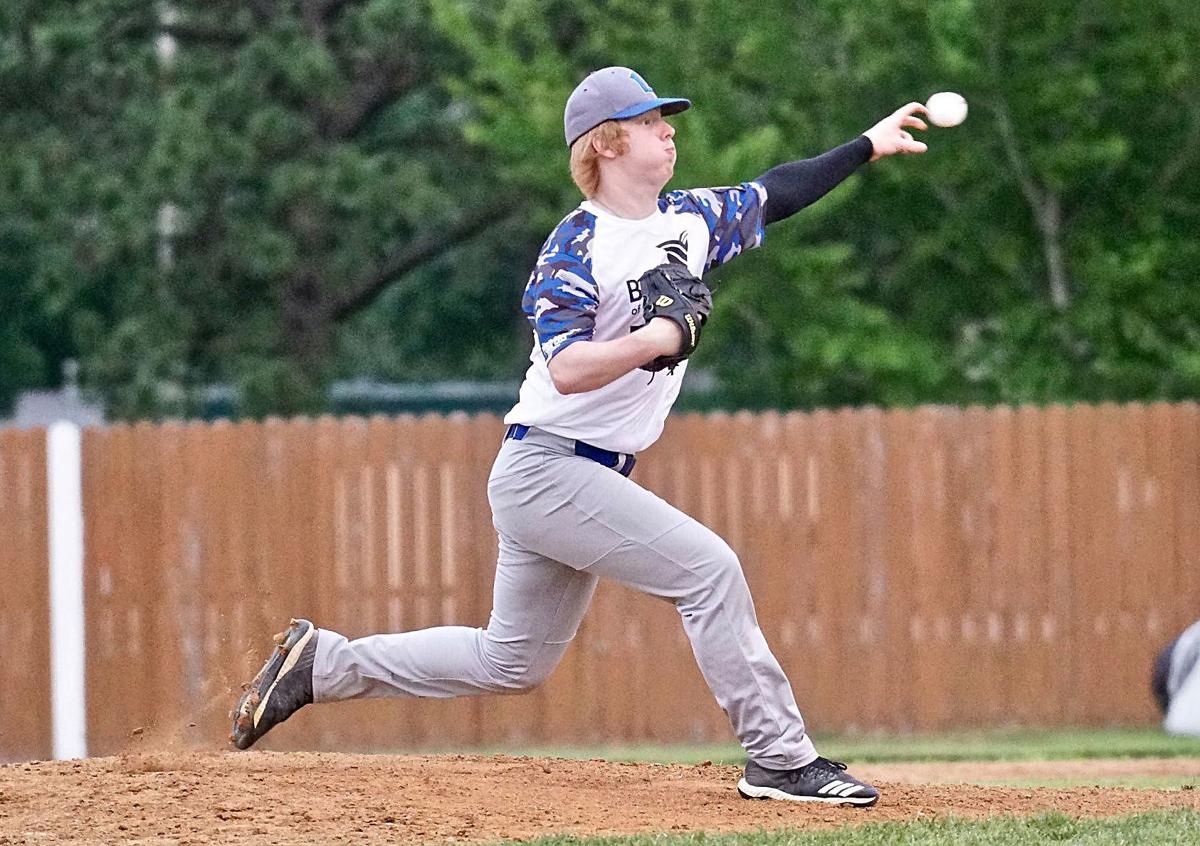 Ian Gibbs tosses a pitch to the plate in the Bank of the Valley Seniors 9-7 loss Friday to Central City. Gibbs went three innings with one unearned run and five strikeouts. 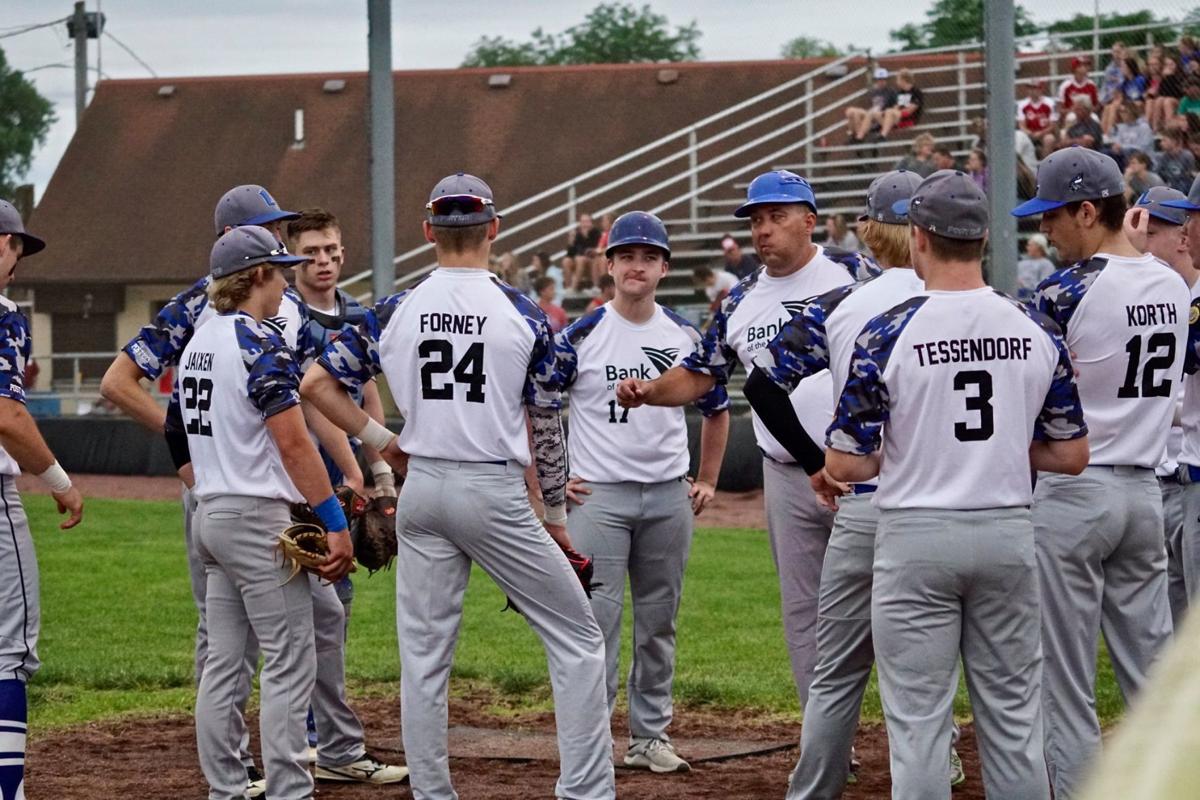 Bank of the Valley players and coaches huddle up in between innings during Friday's season opener against Central City. 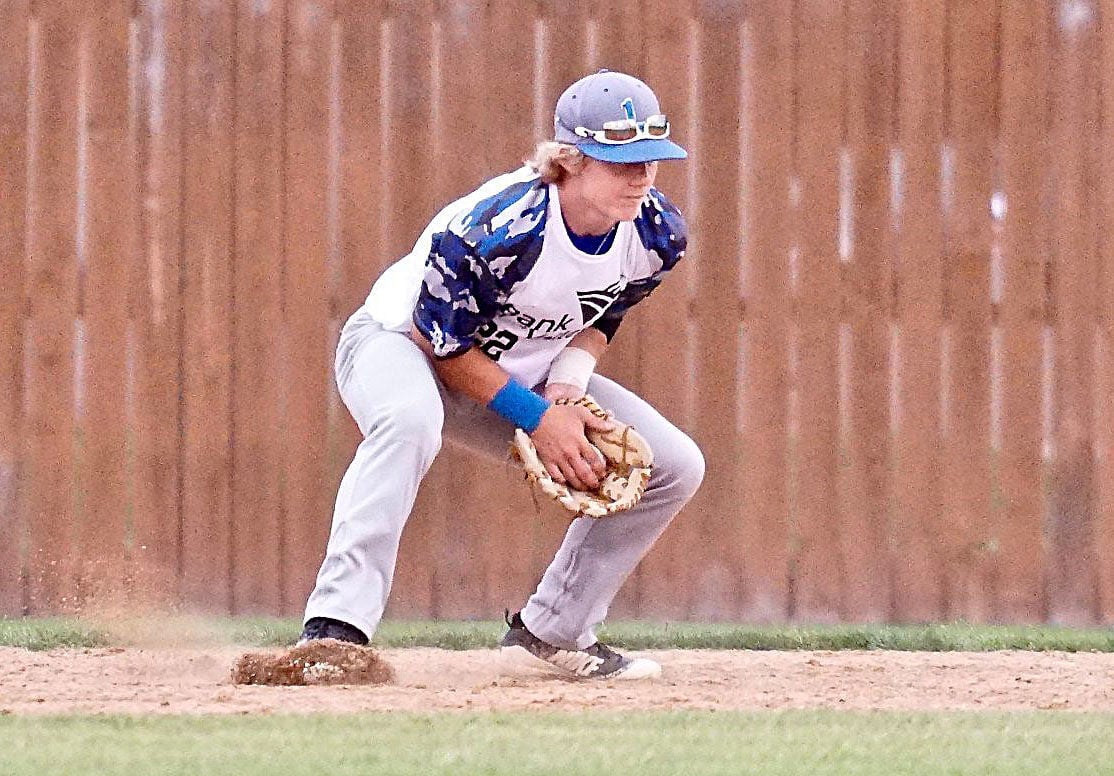 Logan Jaixen gathers in a ground ball for an out in Friday's home opener. 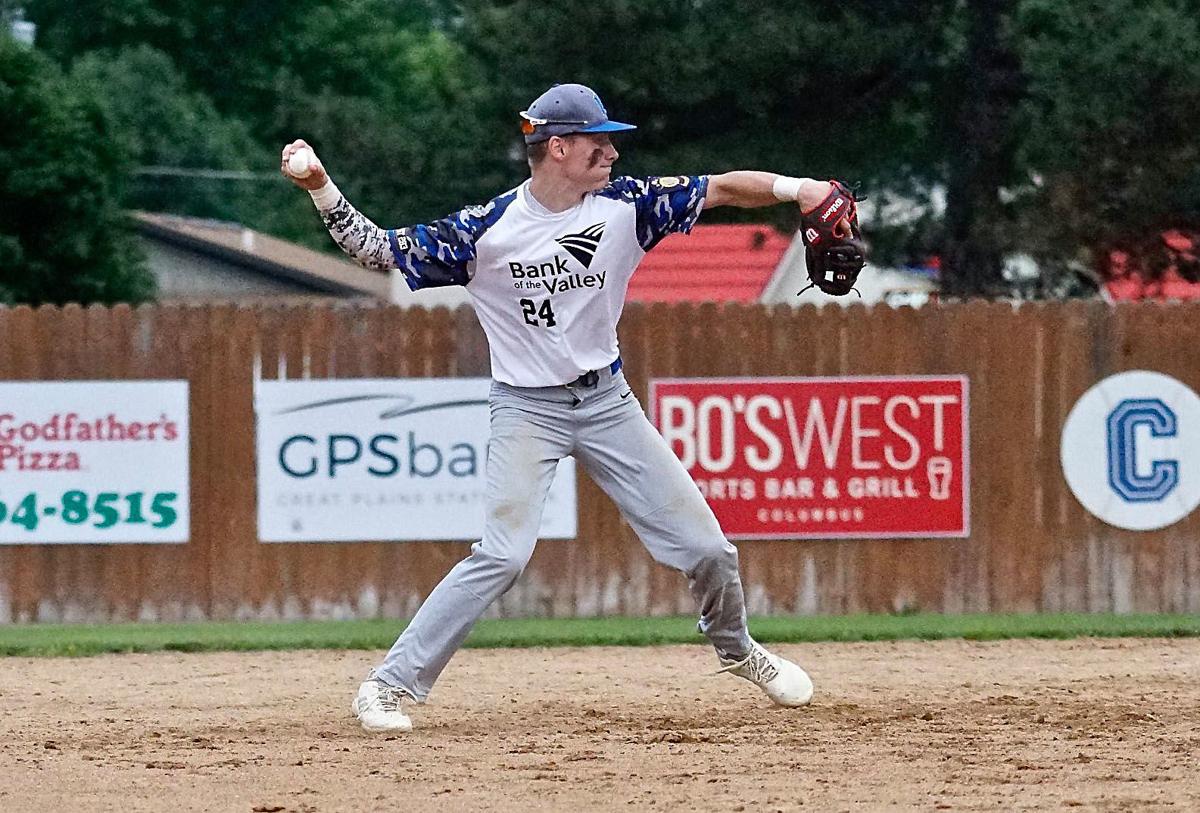 Haustny Forney looks to first for a throw in Friday's Bank of the Valley season opener.