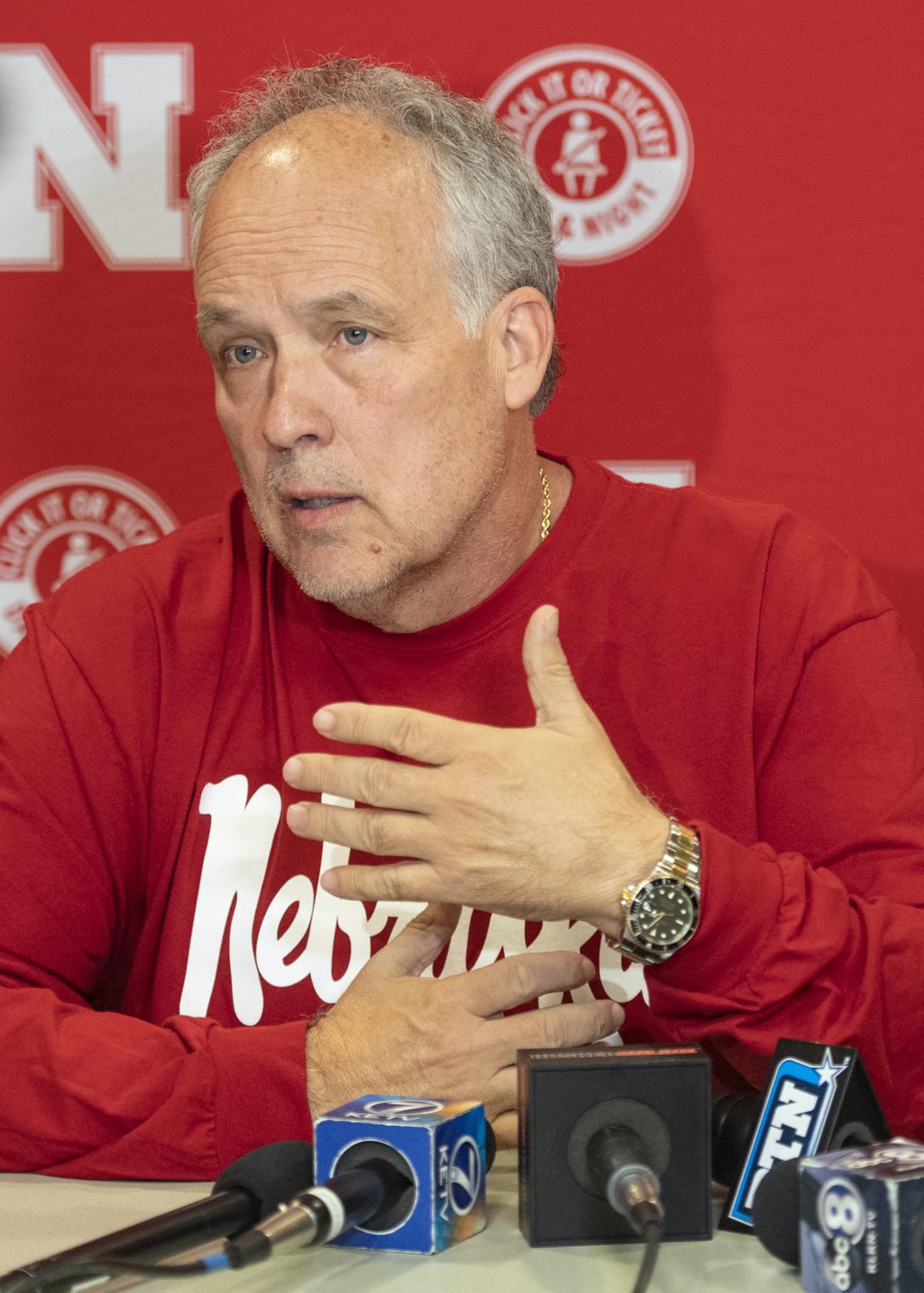 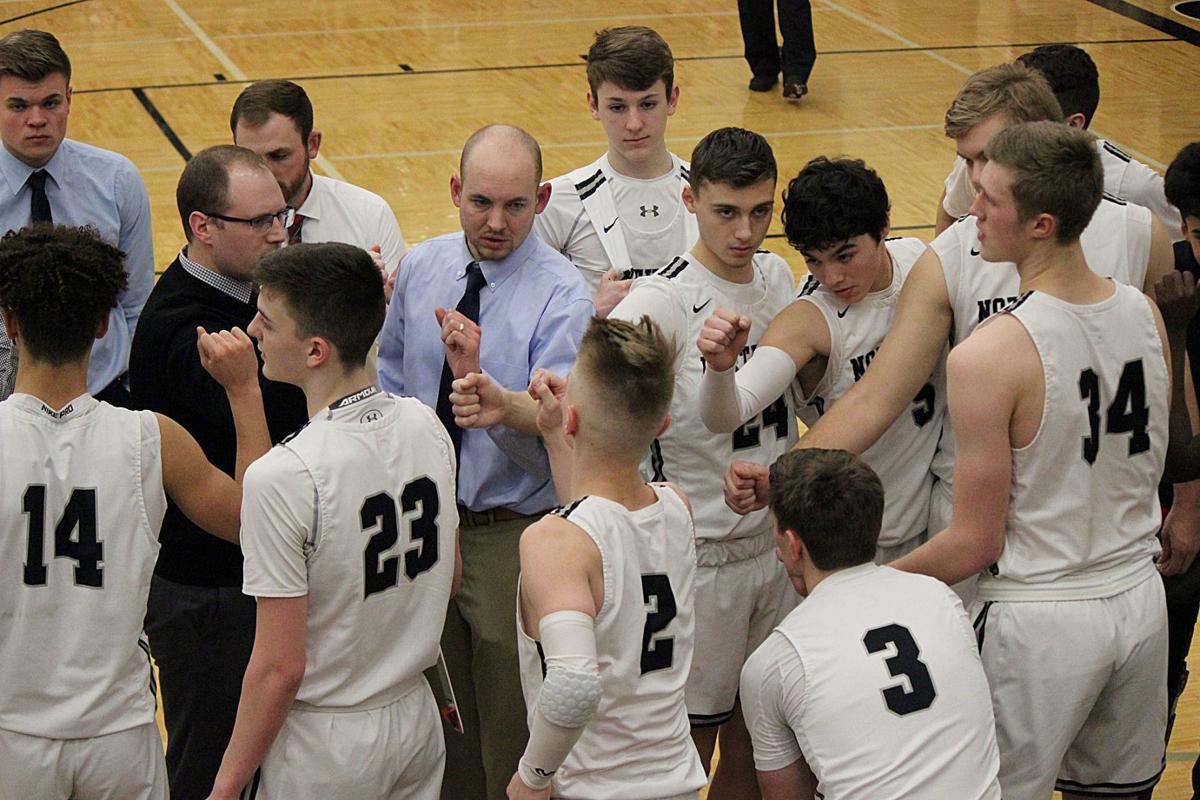 Sadler was known for his defensive brand of basketball during his seven years in Lincoln, constructing rosters that ranked near the top of most defensive categories in the Big 12 Conference.

Yet, while defense might be Sadlers calling card, Hitchcock walked away from his time at practice and on the bench next to Doc with more than just X's and O's.

“He just poured his heart and soul into what he did. It’s kind of just, ‘This is who I am. I’m giving it my all,’ and he was very open about that stuff," Hitchcock recalled. "I think our personalities are similar in that. That might be where I got some of that."

Hitchcock earned his way onto Sadler's staff after a mostly forgettable varsity career at Lincoln Christian. Though he had the drive and the determination, he didn't have the size.

He developed himself into a sometimes starter and regular off the bench as a senior, but never found the interest from college programs to continue at the next level.

But basketball was his life. He wasn't going to just walk away. Thus, he secured himself a spot on Sadler's staff from 2009 to 2012, learning and helping the program in the former coach's final three years.

What that meant was a lifestyle that required complete commitment to the most minute of details. Hitchcock's role included arriving before the players, setting up the gym, rebounding, guarding and scouting among other duties off the court.

It's a tough life to balance with a full class schedule but one Hitchcock fully embraced. By the time he was a sophomore, he was the lead manager on the team.

Sadler started the same way on his coaching journey. While earning his degree at Arkansas, he was a student manager on the staff of legendary coach Eddie Sutton. Sadler then took an assistant's job under Sutton for three years.

“Jordan was just a hardworking kid. He was a kid that showed up each and every day even though he had a ton of other responsibilities," Sadler said. "You knew he wanted to be a coach, and he would be a good one because that was his passion. His work ethic was the biggest thing for me."

Defense was the founding principle upon which all other elements of Nebraska flowed in Doc's tenure.

Yet, there was rarely anything complex or complicated about the system Doc favored. In most cases, Hitchcock said anyone walking into the practice gym might have recognized many of the drills as part of their own youth basketball experience. However, while that might have been familiar, it was anything but simple.

In most cases, defensive drills stacked on top of one another to form a larger understanding of concepts and foster an identity.

“They were defensive drills that would start really simple," Hitchcock said. "Doing a bunch of different ones back to back added up to allowing his team to lead the Big 12 in defense and in scoring defense."

In one of Hitchcock's three years with Sadler, Nebraska had the smallest team in the nation. Regardless, the Husker defense was tops in the country in first-shot defense. A lack of size prevented similar success on the boards and plunged NU's second-shot defense way down the charts. Still, Nebraska could hold its own against the best.

Sadly, for many Husker fans, Doc's reign just wasn't enough. Nebraska fired him after the 2012 season. Sadler had a memorable going away press conference where he shed tears and spoke about how he wanted to be the one to take the program to the NCAA Tournament and finally win a game.

That was nothing out of the ordinary. Hitchcock saw Sadler's passion and love for Nebraska, and how he poured himself into the job, on a daily basis. Hitchcock said Doc was as real as they come.

Sadler allowed "any Joe Blow off the street" to come in and watch practice then have a conversation afterward. When Hitchcock thinks back to his time at UNL, that was maybe the most pure example of Sadler's people-first approach.

Sadler and Hitchcock still speak maybe once a year. One of those occasions was just a few weeks ago. Thanks to a friendship Sadler has with a Columbus High booster, his help was sought and received on proposing potential candidates.

Sadler gave Hitchcock a call to gauge his interest and encouraged him to listen to what Columbus High had to say.

Now that both parties have agreed on a shared vision, Sadler said the Discoverers will have a coach on their sidelines that will work tirelessly to improve young people on and off the court.

That's what he hopes he instilled in his former managers and what he's confident Hitchcock will promote.

“Teach them the life lessons they’re going to need. That’s more important than winning basketball games, in my opinion, at that level. Winning basketball games will take care of itself if you do the other things," Sadler said. "Be a good person and do it right; don’t take shortcuts; don’t cheat people; treat people with respect; not much on basketball. Everybody has their own ideas on basketball, philosophies and all that. But I think there’s core values about being a good person."

The Nebraska men's basketball team should be longer, stronger and more athletic in 2020-21 than at any point in Fred Hoiberg's first season as…

If Humphrey/Lindsay Holy Family senior point guard Brittney Veik had any more uncertainty remaining about her future, a district final loss to…