More of the same is what coach John Ritzdorf hopes to see out of Central Community College-Columbus sophomore guard Caleb Muia.

The 6-foot-4 product out of Girard, Kansas, was expected to be a top contributor for the Raiders this season. Through the first seven games, however, he had only scored in double digits twice. Three other times he had just four points.

Tuesday at home against McCook, Muia led a Central squad that won its third in a row thanks to his 23 points and 12 rebounds. His biggest shot of the night came on a three that forced overtime with nine seconds remaining. Muia and Central went on to claim an 80-76 victory in the extra period and improve to 7-1.

"Caleb played the way we thought he would play this year," coach Ritzdorf said. "He had a monster game and hit huge shot after huge shot. A lot of guys stepped up, but I don't think we win that game if Caleb doesn't play the way we think he can play."

Central sat at No. 16 in the latest NJCAA Division II rankings and was coming off two wins in Iowa when it welcomed in 1-8 McCook on Tuesday. Although the Indians have had a tough start to the season, their opening schedule has included five NJCAA Division II ranked opponents. Central, in Division II, was the sixth ranked foe.

McCook showed its fight early with two technical fouls and let Central know it wasn't to be taken lightly. The Raiders led by six early on before McCook took a 21-20 lead with 8:11 to go before half. In the closing minutes. Central scored 12 of the final 19 points and took a 38-33 lead into halftime.

Out of the gates in the second half, McCook was the stronger side. The visitors turned a five-point halftime deficit into a seven-point lead in the first eight minutes. Central fought back and took a 60-59 lead on a Muia layup with just under six minutes to play.

But the Raiders couldn't build on that lead and needed more from Muia late to stay alive. They trailed 66-65 when McCook's Julian Lual hit a jumper with 22 seconds remaining for a three-point advantage. Out of a timeout, Muia set a screen then flowed over to the opposite corner where he tied it with 6.9 seconds remaining. McCook missed a 25-footer as time expired.

During the extra five minutes, Central scored eight of the first 10 and hung on for the win. Muia shot 8 of 14, 3 for 3 from long range, collected six offensive rebounds, six defensive and handed out three assists.

Central opened overtime with a Tredyn Prososki three off an offensive rebound by Kevin Cook, allowed a McCook bucket but then had two free throws by Muia, a Muia steal and a Dwight Glover and-1.

In the final minute and up just two, the Raiders survived two McCook misses and an offensive rebound. Glover hit two free throws with 12.6 seconds remaining and McCook turned it over on its final possession.

"He's been in a little bit of a funk and he hasn't been finishing shots like he did last year. He really just needed to see the ball go in the basket a few times; I really think it's as simple as that," Ritzdorf said about Muia. "He's a really good player. He knows that, but sometimes your confidence get shaken when you're not seeing the ball go in."

Muia, Ritzdorf and the Raiders put their 7-1 record on the line in a pair of Pinnacle Bank Thanksgiving Classic Games this weekend at the Raider Fieldhouse. Central faces 4-1 North Iowa Area at 3 p.m. on Friday and No. 17 Iowa Lakes at 5 p.m. on Saturday.

"I'm really excited. We realize that we have a long way to go and we realize the schedule, even the rest of this semester, is brutal. We play a lot of tough teams to close out the last few games before we go on break," Ritzdorf said. "I'm excited because we're getting closer to realizing our potential."

Central men off and running at 3-0

Central Community College-Columbus men's basketball coach John Ritzdorf had a feeling about this year's group of Raiders. At least through the…

Raider men hope experience leads to taking the next step 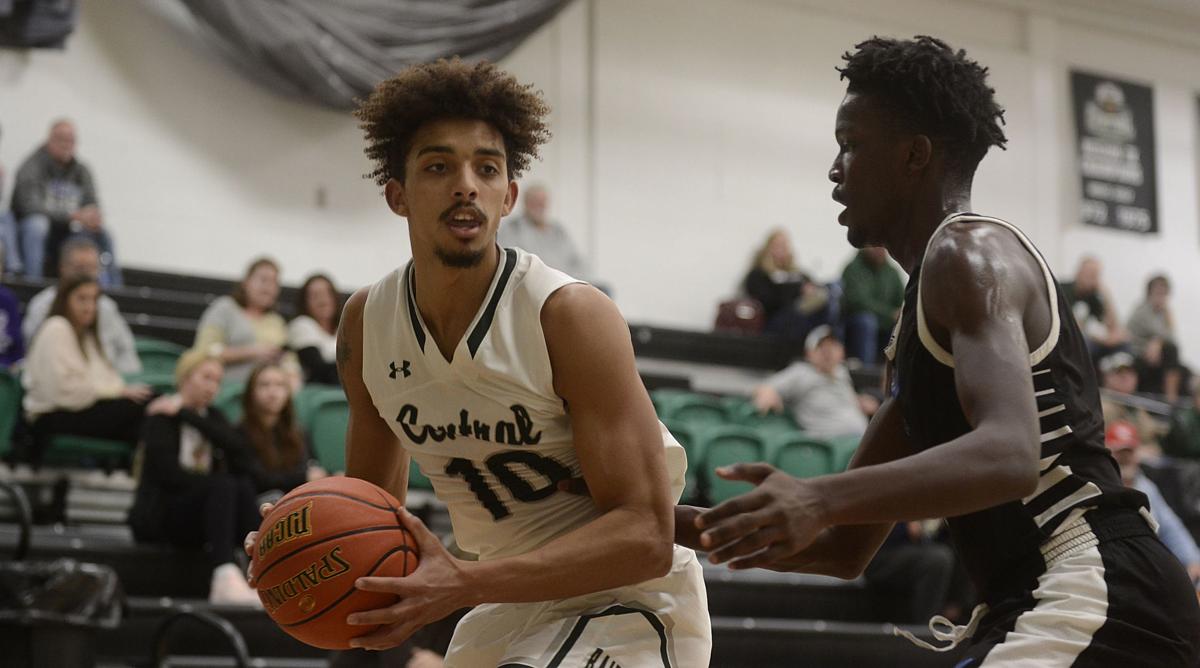 Central guard Caleb Muia posts up along the baseline Tuesday against McCook Community College at Raider Fieldhouse in Columbus. Muia tied for the game-high 23 points and had a double-double on 12 rebounds. 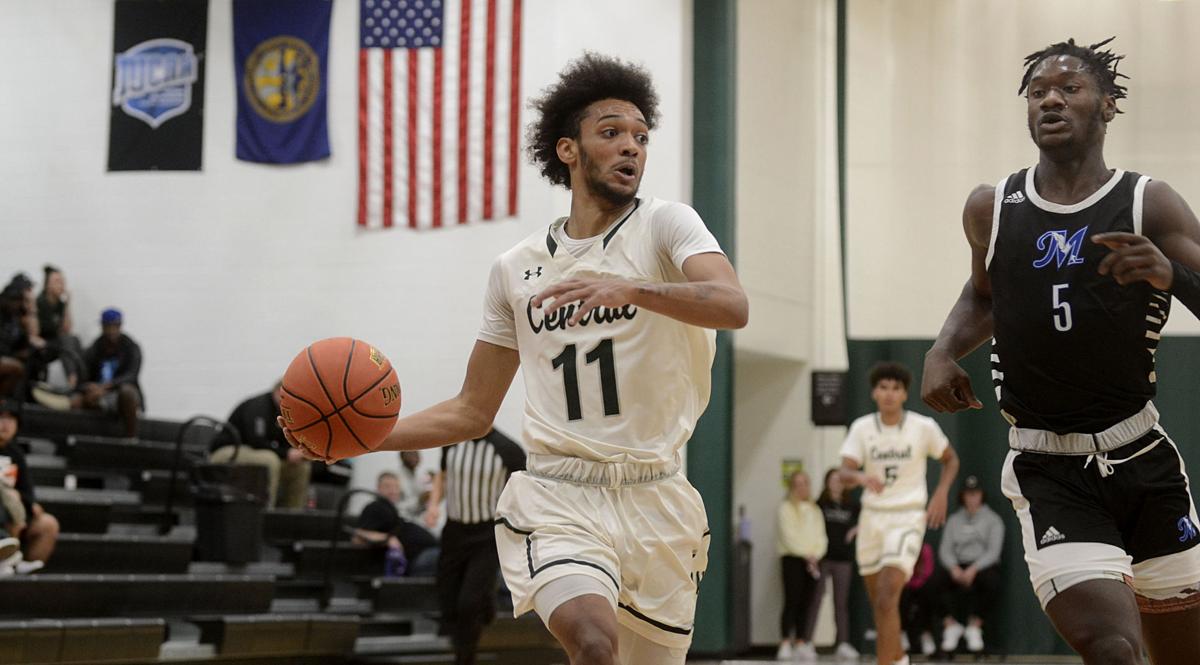 Central guard Jayden Byabato drives into the paint against McCook Community College on Tuesday. Byabato dished out six assists off the bench.