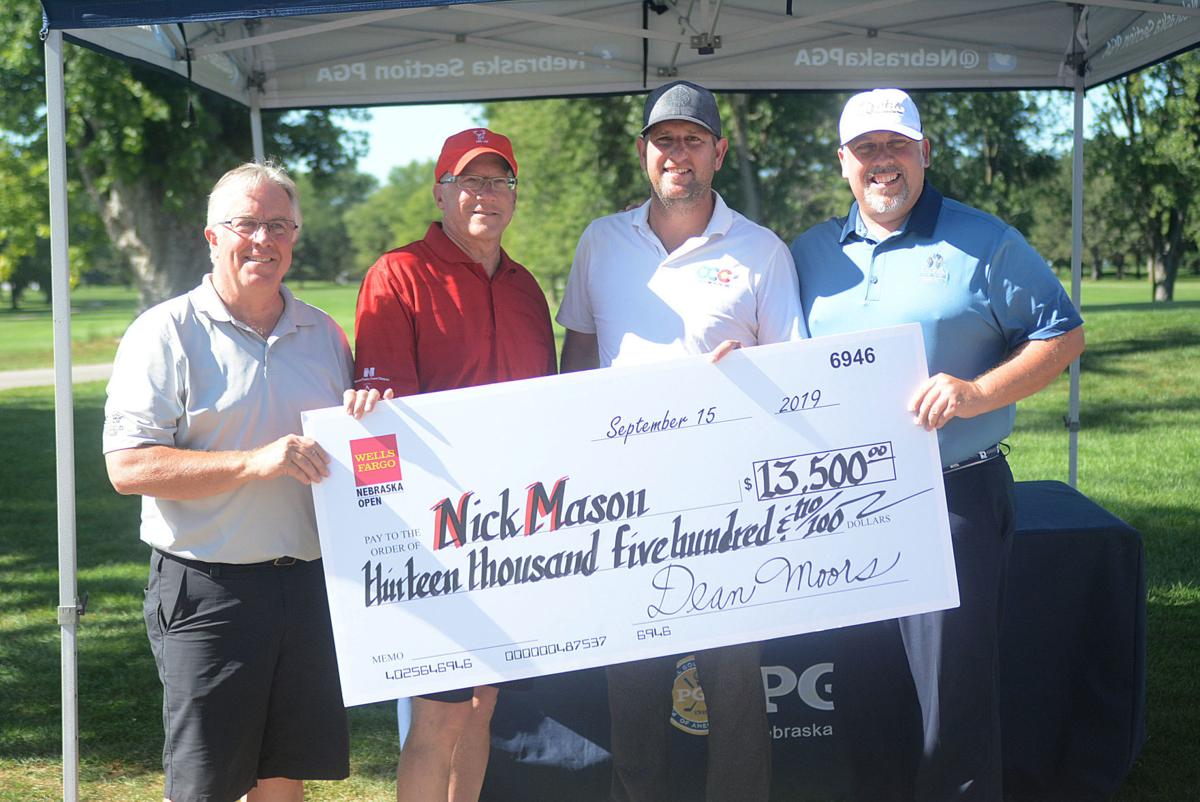 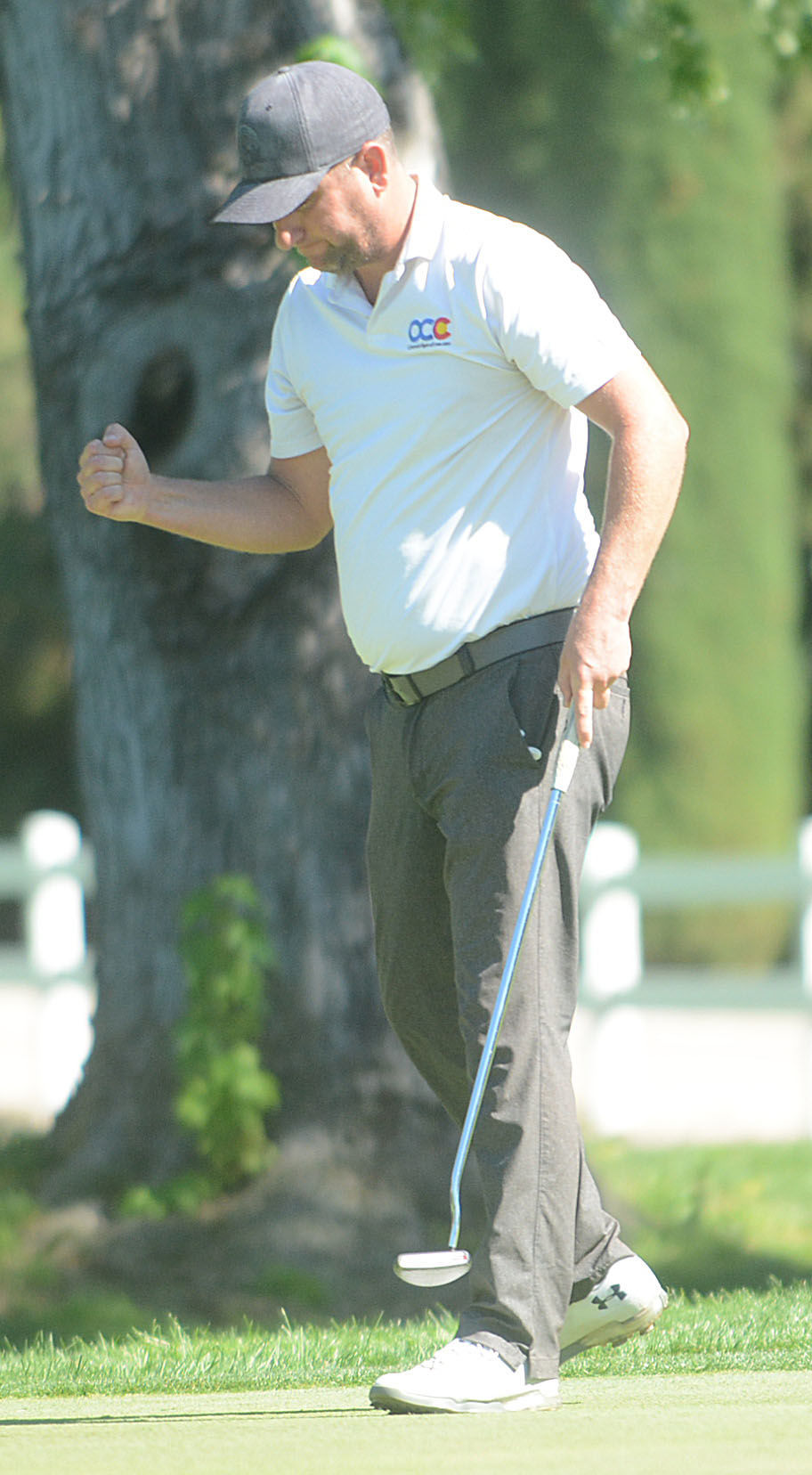 Mason trailed by two shots entering Sunday's final round before four straight birdies holes nine through 11 put him in the lead. He finished it off with a one-shot victory on a par putt on 18.

Nick Mason has been here before. More than a decade ago, the 37-year-old from Parker, Colorado; claimed his first-ever professional win in the 2007 Wells Fargo Nebraska Open.

He won his second on Sunday at the Elks Country Club, coming from two shots back in third place with an 8-foot putt on 18.

Mason became the fourth two-time winner of the event, but just the second non-consecutive multiple winner in the event's 28 years.

Mason did it Sunday with a final round 66, firing four straight birdies on nine, 10, 11 and 12 before holding off a late charge with a par on 18. He had a two-stroke lead before a bogey on 17 inserted some late drama.

After he signed his scorecard and looked back on the decade-plus since he was the last champion, he couldn't help but compare life then and now. He also couldn't help but think back to just recently when he was forced out of the game for two years.

Getting back here was never assured. But after Sunday's win capped a recent run of success, Mason is riding the positive vibes to Qualifying School next weekend in Alabama.

"To win with 12 years of separation, knowing I can still beat younger guys and beat guys half my age, or whatever it is, is really good," he said. "I'm starting to play better, and I know I'm a little older, but I think people peak at different times.

"I've had a few low times the last few years, but winning this is definitely a confidence booster going forward for sure."

The last two years included surgery on Mason's face when he suffered a case of mistaken identity.

While out one night, he was pointed out as someone bothering or causing an offense to a female who went and found an enforcer. Mason had only been at that particular location for five minutes, and wasn't the guy in question, but took the brunt of his intended beating anyways.

His cheekbones were shattered and his nose needed surgery. Mason's vision then wasn't quite the same for a while, forcing him into the caddy role. For two years, he couldn't break 80.

"That was definitely a low point in my life," he said. "Not that that's a bad thing to do, but as a player, caddying is hard."

He returned to being a full-time player about six months ago and won the Southwest Kansas Pro-Am after finishing as the runner-up three times.

Over the weekend at Elks, he shot 69-65-66 to finish one shot clear of Brandon Crick of McCook. That earned Mason his name on the tournament trophy for a second time and a check for $13,500.

"I've loved to compete my whole life, and I wouldn't know what to do if I didn't have golf," Mason said. "I just said, I'm older, but I know I can have one more good run. Some guys can play well from 35 to 40, and that's what I'm hoping to do.

"To claw back and win again at this level, is huge from where I was at because I didn't think it was going to happen."

A few changes but Husker radio broadcasts will go on

While they will largely sound the same, there will be some differences to the radio broadcasts of Nebraska football games as the 2020 pandemic…

Changing positions on the fly is never a simple proposition. Nebraska redshirt freshman linebacker Nick Henrich is doing just that as camp pro…

The measure of 2020 Huskers? Look up front

It’s a simple fact of football life in the Big Ten: Programs are built and maintained from the line of scrimmage out.Yes, quarterback play is …

Red Report: Husker DBs got in their workouts this offseason

Breaking down the Buckeyes

There's plenty of numbers and stats to cut through, including: 24,490,880. Any guesses? Plus, hear from the other side in this all-encompassin…

Mason trailed by two shots entering Sunday's final round before four straight birdies holes nine through 11 put him in the lead. He finished it off with a one-shot victory on a par putt on 18.