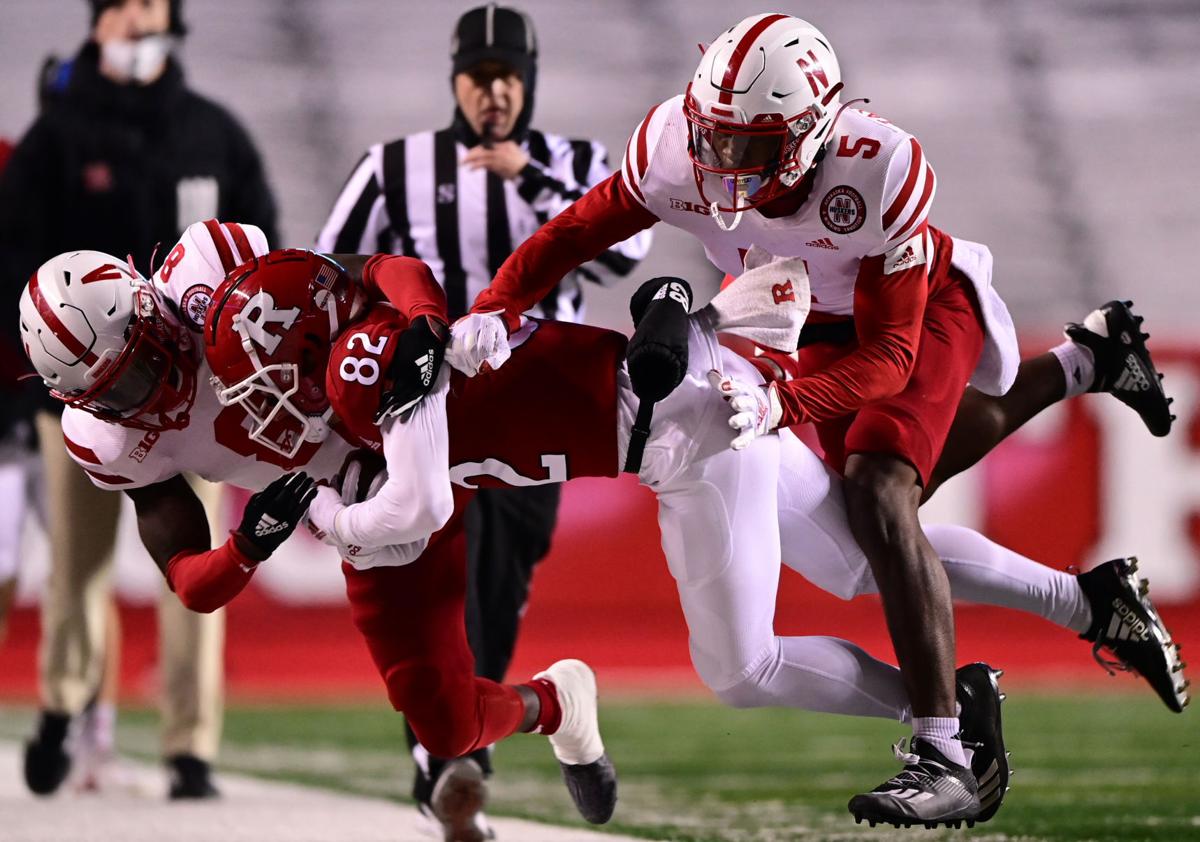 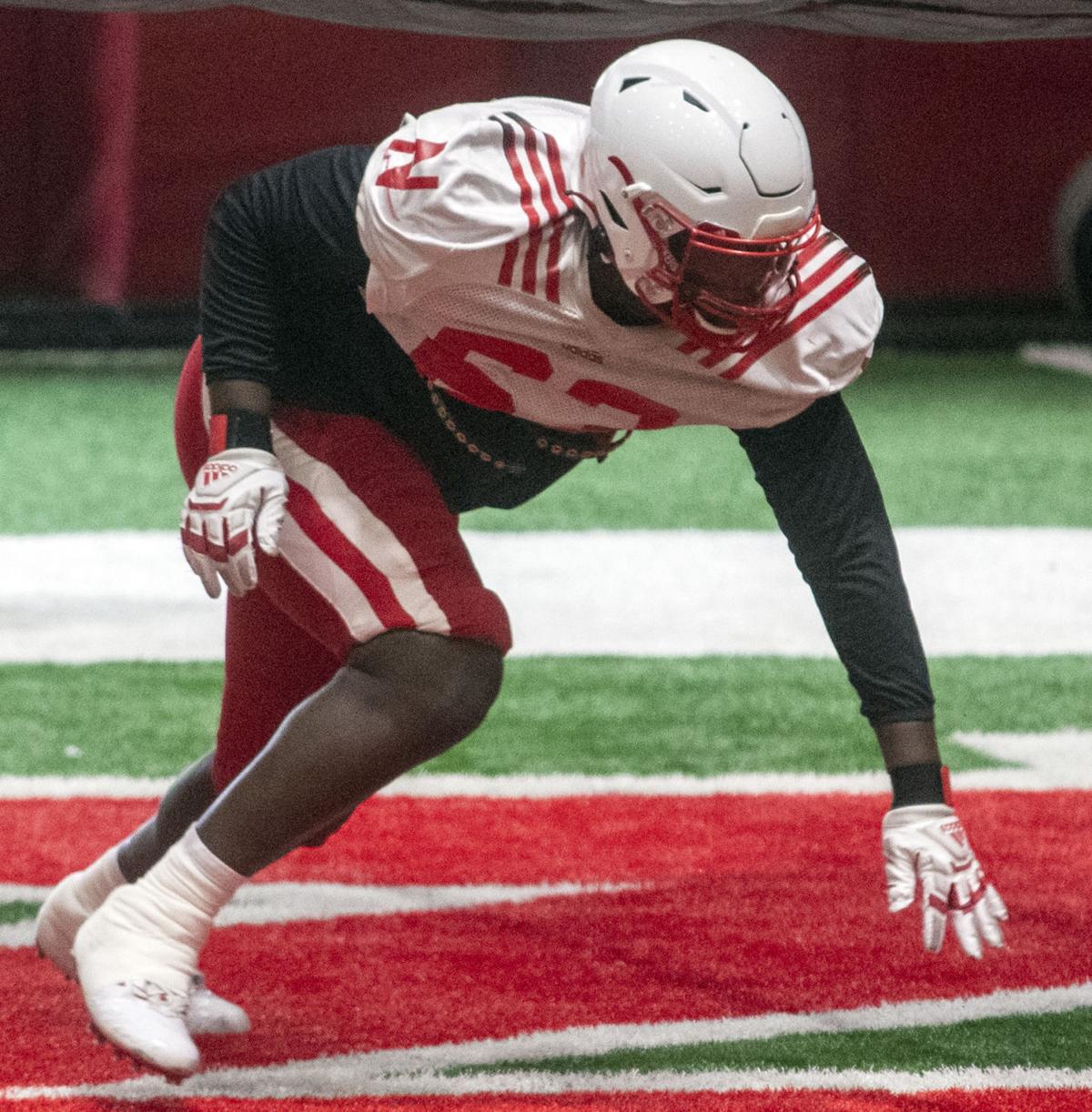 Nebraska closed last season with a win at Rutgers, and that was it. No bowl game.

The Huskers (3-5) could've played in a bowl had they chosen to — they had at least two invitations — but ultimately voted against it.

A lot of Nebraska players, however, did want to play. One of those players was senior safety Deontai Williams, who said Wednesday he wanted to put more of his work on film for NFL scouts. Plus, he just thought that playing in a bowl game was the right thing to do for the program.

"I mean, you've got put all things in perspective with corona and how long we were working with no breaks and all of that," Dismuke said of a herky-jerky offseason that culminated with the Oct. 24 opener at Ohio State. "But at the end of the day, it's still football. At the end of the day, you should want to get better each and every day. You should want to take every opportunity to maximize your potential."

Special emphasis: There's been a lot of discussion in Nebraska's camp about added emphasis on special teams.

The discussion continued Wednesday as inside linebacker Luke Reimer, a sophomore from Lincoln North Star, fielded questions on the subject.

"I think coach (Mike Dawson) is doing a really good job with special teams and just really emphasizing special teams for us — the intensity of it, the intent of it, everything," Reimer said. "I think it's going to be very improved."

All the linebackers are expected to play extensively on special teams, he said.

No shortcuts: Ru’Quan Buckley plays the kind of position where, after he arrives on campus, the general public might not see him or hear much from him for quite a while.

Such as life as a freshman defensive lineman in the Big Ten, even more so this spring at Nebraska, where defensive line coach Tony Tuioti’s group is chock full of returning veteran contributors. Still, Tuioti said the young guy from Michigan has impressed — remember, coaches hadn’t been able to see their incoming recruiting class for nearly a year because of the NCAA’s extended dead period.

“The thing about Ru’Quan, the thing I love about him, is he wants to work hard,” Tuioti said. “He doesn’t want to take any shortcuts, even in academics. Dennis Leblanc (NU executive associate A.D./academics) tells me that he lives down there. He’s trying to get the best grades he can and he does the same thing in the meeting room and the same thing after practice. He’s just trying to get better. If he has that attitude, he’ll be OK at the end of the day.”

Kolarevic fitting in: Northern Iowa transfer linebacker Chris Kolarevic is the newest piece of what has become a competitive inside linebacker room at NU, and his experience at the FCS level has helped him fit in, his position coach said.

“He’s got to learn our concepts now, but he’s a guy that, the game comes pretty naturally to him,” inside linebackers coach Barrett Ruud said. “(Northern Iowa) did a good job developing him. He’s a guy that, we kind of got a ready-made product when he got over here.”

The 6-foot-1, 230-pound junior didn’t play last fall as the FCS postponed its season to this spring. So now it’s about adjusting to a new level of the game.

“I guess it’s similar to making the jump from college to the NFL, where everybody’s a little better at each position. But football is football at the end of the day. He knows football,” Ruud said. “There’s a lot a really good players, a lot of really good teams at the level he was playing at last year. So he’s adjusted very well so far.”

Former Virginia Tech soccer player sues coach, claiming she was forced off team for refusing to kneel before games

The coach engaged in a “campaign of abuse and retaliation” that led her to leave the program, the player said.

If the Huskers get similar production from its middle blocker position they did on Thursday, they should stick around in Omaha a while.

The Nebraska men's basketball roster officially grew by two Wednesday when commits C.J. Wilcher and Oleg Kojenets signed their national letters of intent on the first day of the spring signing period.

Mobley plans to test the NBA draft waters, he said, while retaining the ability to return for his junior season at USC.

Why Nebraska? Out-of-state Huskers explain why they declined hometown offers to play in Lincoln

'We're about where we should be': At spring's midpoints, Husker coordinators see progress

Neither Chinander nor Lubick said anything groundbreaking, which means things are mostly proceeding along normally in the middle of spring ball.

Scott Frost gave a news conference the other day to preview spring practice. And it was what you didn’t hear that was the headline, writes Tom Shatel.

'We are the sleeper:' NU gymnasts believe they have the blueprint to make a surprise run at NCAAs

Oklahoma, Michigan and Stanford have combined to win the past seven national championships. But what about the No. 4 Huskers?

'I've never seen anything like it': What a bizarre stat line says about NU's Tristen Edwards

The Husker slugger left a four-game series vs. Rutgers going 1-for-1 with nine walks and five hit by pitches. Wait, what?

Central Volleyball: A sense of pride in short season