Scotus Central Catholic sophomore Cecilia Arndt rarely shows any emotion, positive or negative, while she makes her way around the golf course. It's hard to get a read on just what she's thinking or feeling, but it's also a big reason why she has found so much success early in her career; she's simply unshakable.

That was the case again Tuesday at Elks Country Club in the second and final round of the girls Class B state tournament. Arndt fired a 7-over 79 and won by three shots. She had a 20-foot slight downhill par putt to close her round and, although she didn't realize it at the time, had two shots to close it out.

Arndt didn't need the extra help. She rolled in her final shot for a par on 18, another round under 80 and did something no other Shamrock girl has ever accomplished. Scotus has been to state 10 years in a row and has four runner-up finishes in school history. But no Scotus girl who's ever teed it up has finished atop the leaderboard until now.

For a brief moment, the calm, cool demeanor Arndt presents to the world faded away into sheer joy. Who can blame her? The putt swirled around once and dropped. She raised an arm to the sky with a surprised look on her face. So it wasn't quite a Tiger fist pump, but it was pretty good nonetheless.

"It's a really big honor for me, and I'm just really excited to see where I can go from here," Arndt said after collecting her medal. "I didn't actually know that I was in the lead by two strokes; I was just playing my game. The last put sunk and I got excited.

"I knew that it would be kind of close, but I was pretty sure that I had won."

Arndt's efforts topped a Scotus golf team that earned its fourth runner-up trophy to go with others in 1998, 2013 and 2014. The 'Rocks put together a two-day total of 745 and were 26 shots back of champion Broken Bow.

Scotus had a five-shot lead after the first day but Broken Bow's Laney Palmer, who shot a 105 on Monday, was 16 shots better on Tuesday. Molly Custer was four shots better, Camryn Johnson took three off her total of 89 and Emery Custer went from an 88 to an 82.

So, perhaps it wasn't the way Scotus preferred to finish, especially after taking a day one lead. But from coach Tanya Niedbalski's perspective it was still likely the greatest team in school history. She would know. She's been up front for the last 27.

"The finish wasn't, maybe, what they wanted. But this is a great group of girls to work with. To have Cecilia as individual champion, she worked hard to get here," Niedbalski said. "It's hard to win a championship, (runner-up Lynzi Becker of Cozad) gave her a run for her money."

Arndt led Becker by just a shot when she put together eight bogeys, nine pars and a birdie on Tuesday. She posted a 38 on the front nine then 41 on the back. A bogey-bogey-bogey start greeted her on the back nine. But she came in with four pars and two bogeys.

Becker started the front with three straight bogeys and saw Arndt's one-shot lead over her extend out to three. A double on four then a birdie for Arndt on five gave the Scotus sophomore the cushion she needed when she bogeyed seven and eight and Becker made the turn with five straight pars.

It went from a six-shot separation down to two after 12 but the two matched each other over the final six holes. The par plus a Becker bogey on 18 provided the final margin.

Arndt's win was her 10th of the season.

"I didn't really think of myself as a favorite. I just figured that if I was meant to win I would win, and I would try my best either way," she said. "The only expectation for myself was to do better than last year and shoot in the 70s."

Arndt shot 86-85 as a freshman and was ninth. She was the first Shamrock freshman to medal at state since Jacy Gasper was 11th in 2007. Now, as the first state champ with two years to go, what's next?

Few things are guaranteed in golf besides frustration. That was the case a year ago when the Columbus High girls were a shot back from forcing… 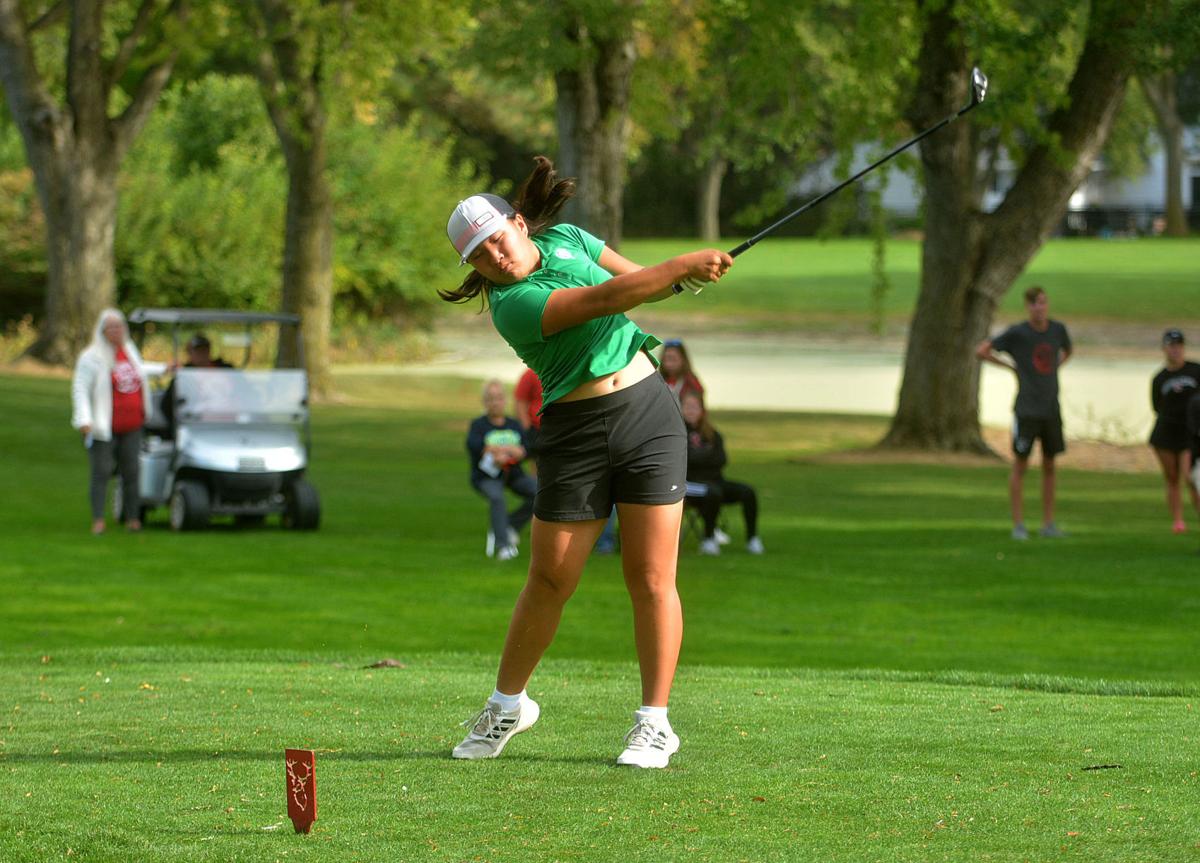 Scotus sophomore Cecilia Arndt pipes a drive down the fairway Tuesday at the state tournament. Arndt shot a 79 a day after a 78 and won the first girls state championship in school history. 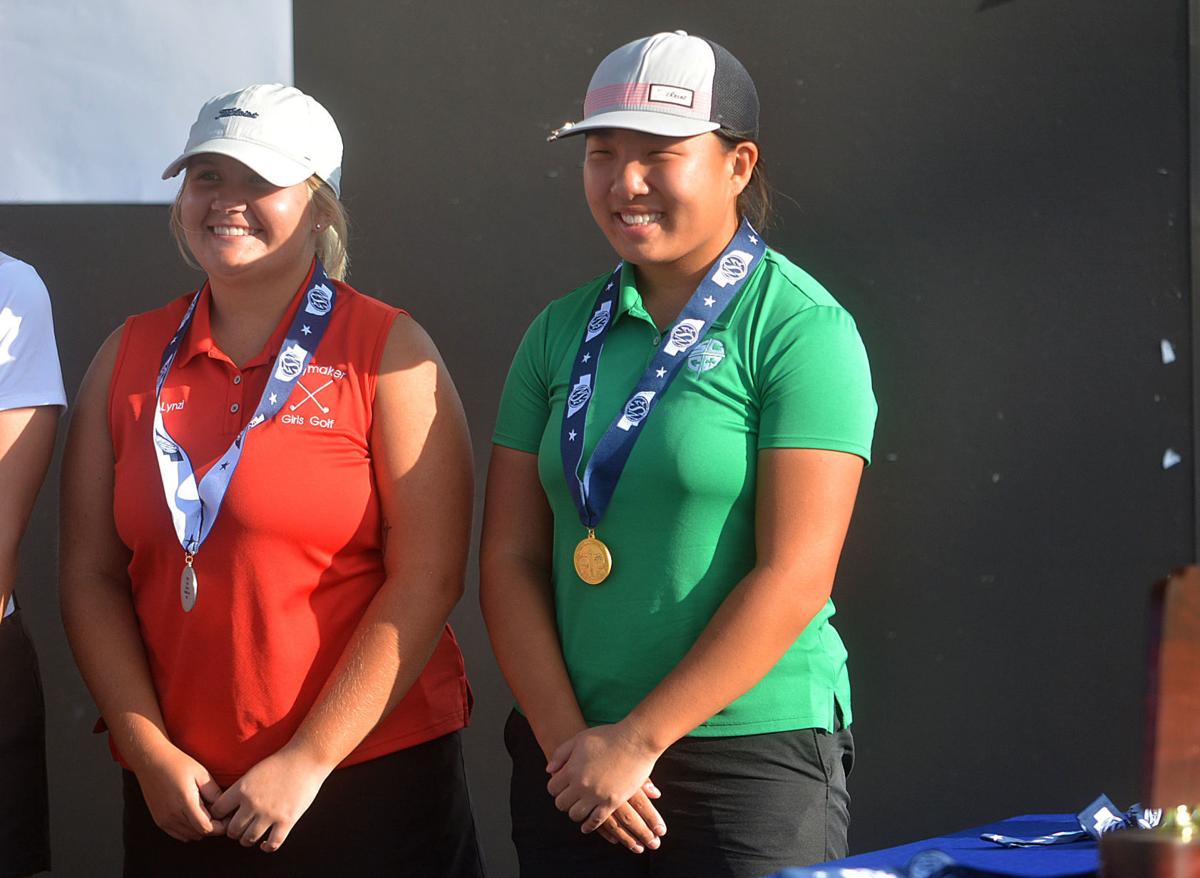 Cecilia Arndt pauses in the awards line for a photo after accepting her gold medal as the girls Class C state champion. 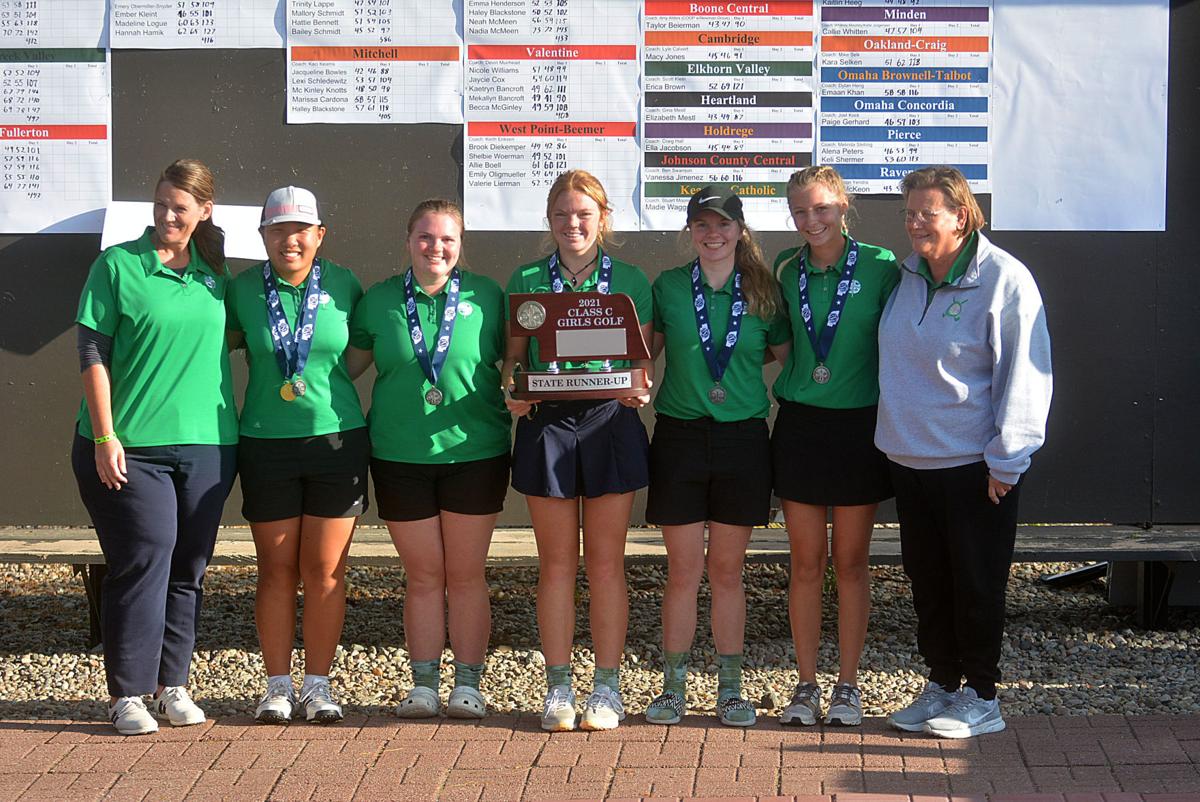 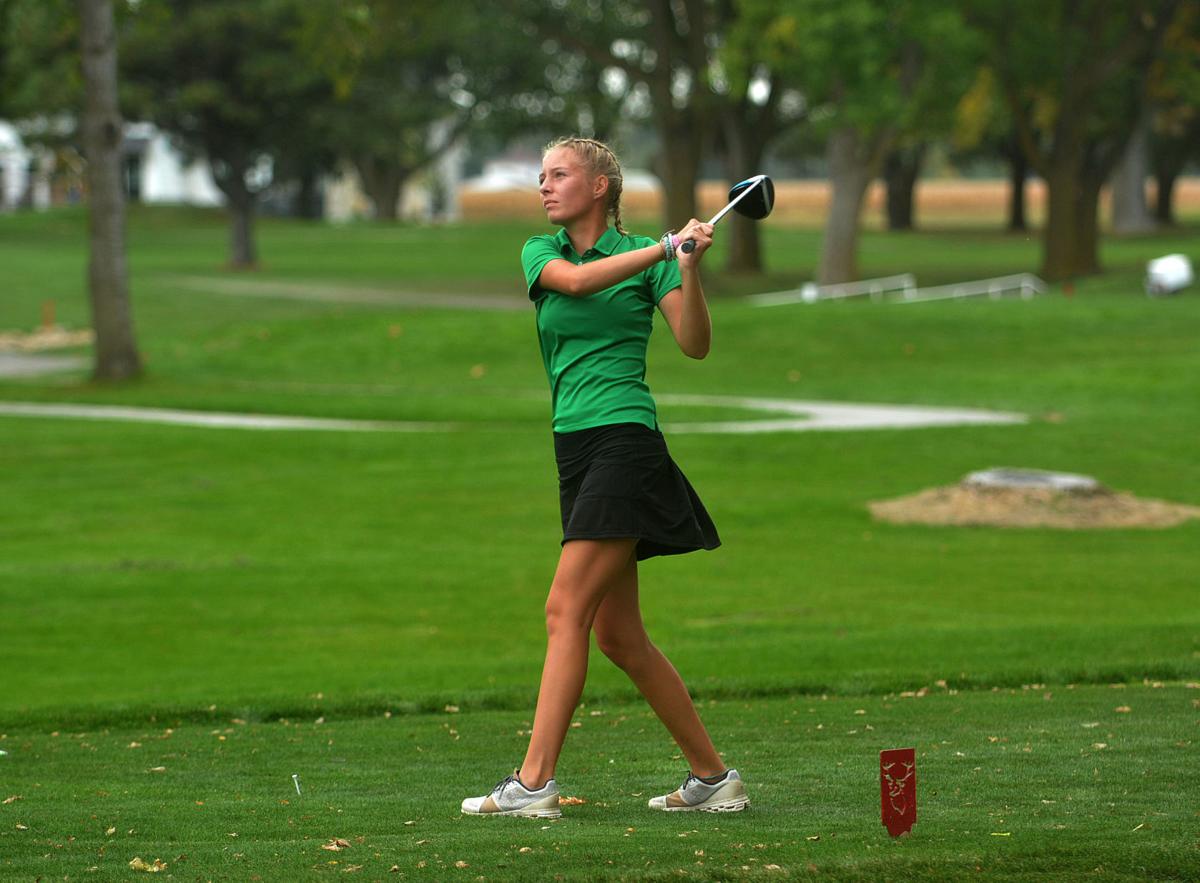 Scotus senior Halle Langan sends a drive down the ninth fairway on Tuesday during the second round of the Class C state tournament. 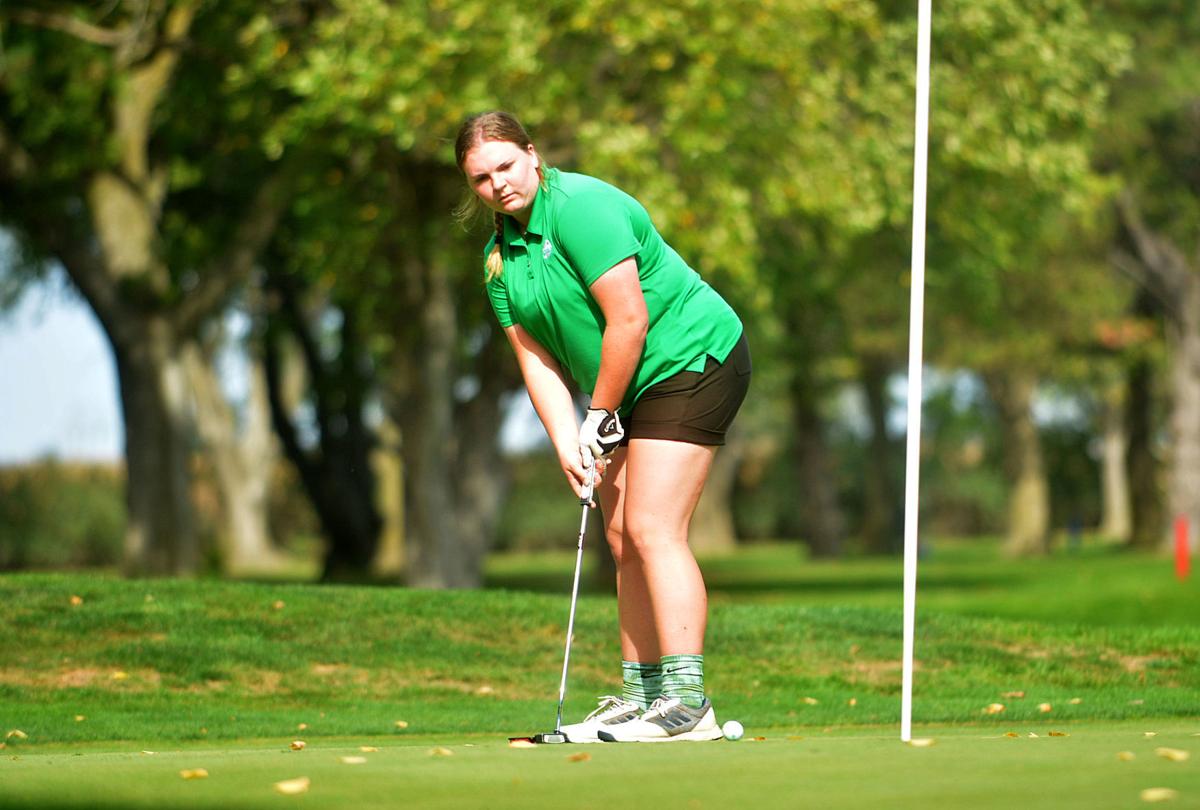 Scotus senior Alaina Dierman watches her putt roll to the hole in Tuesday's final round of the Class C state tournament at Elks Country Club. 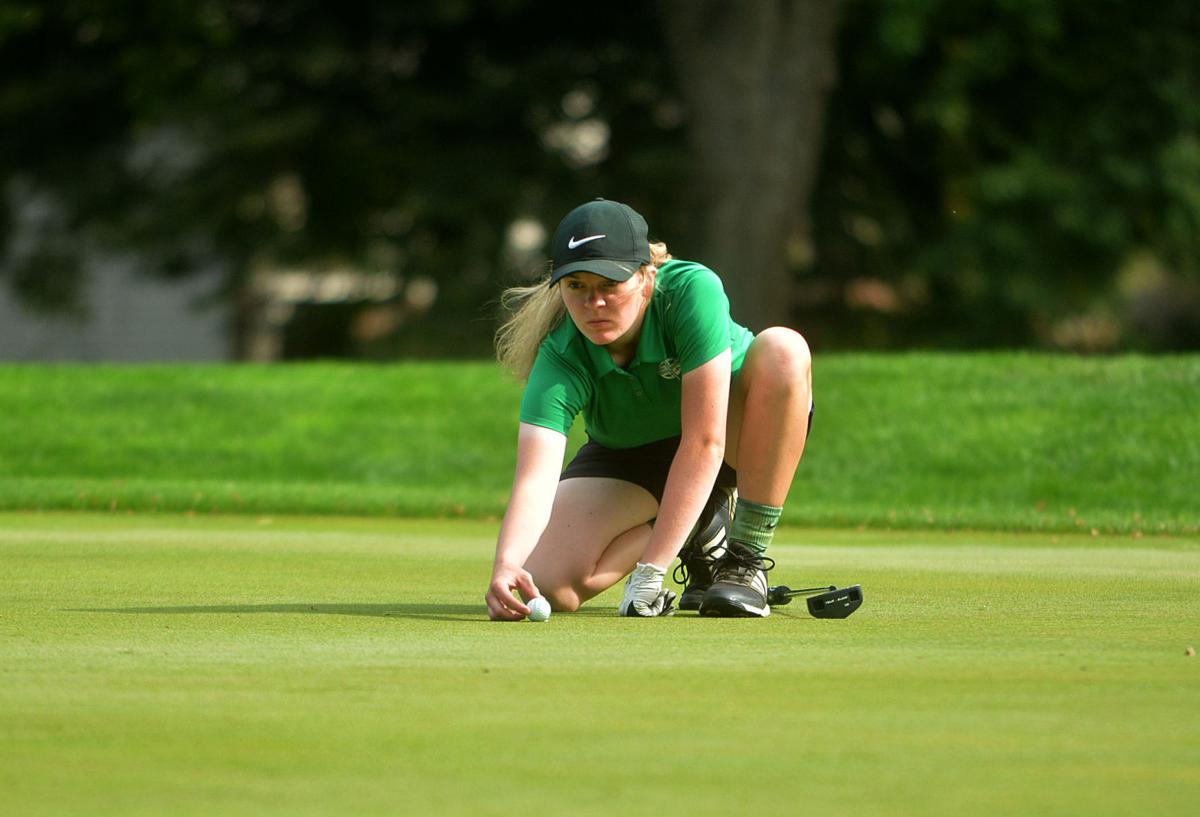 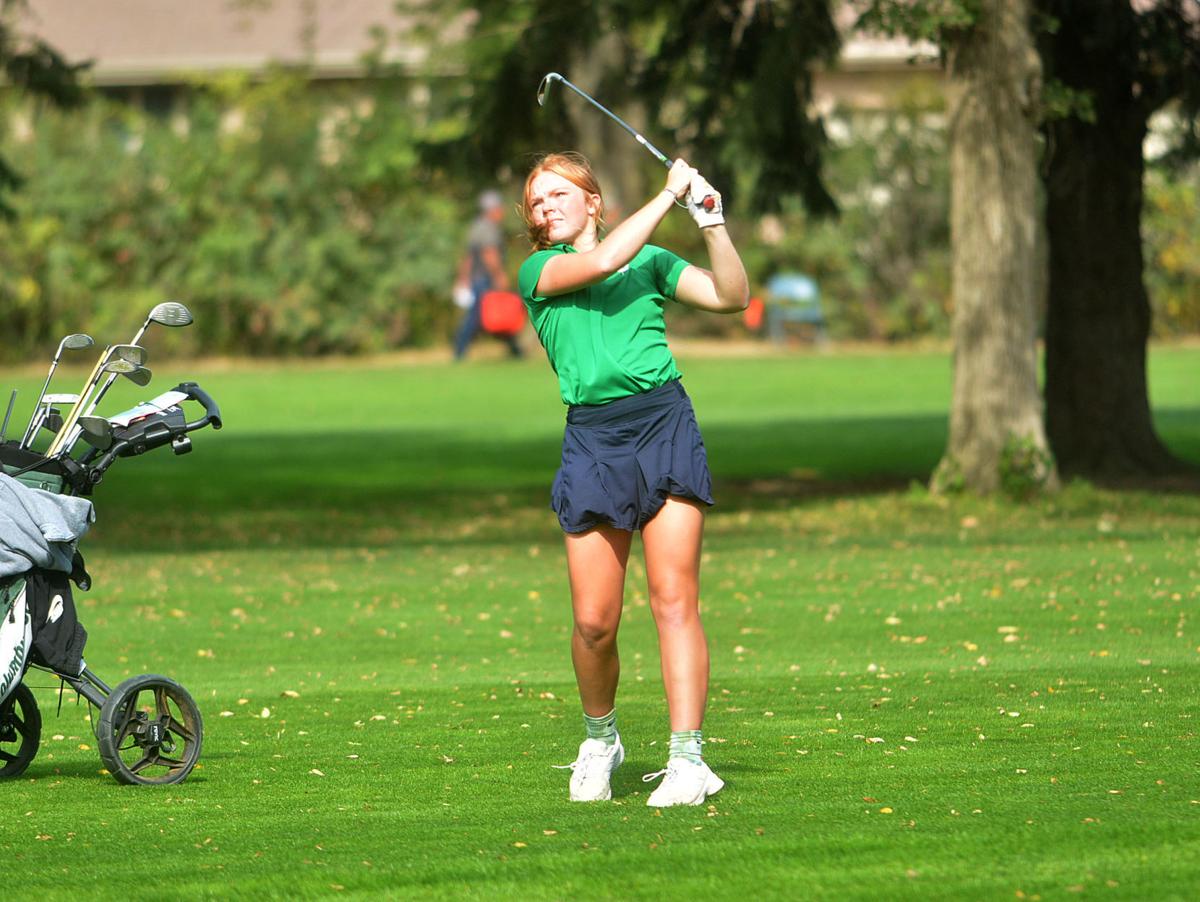 Scotus junior Kaelyn Dierman hits an approach shot to the green on Tuesday at Elks Country Club in the state golf tournament. 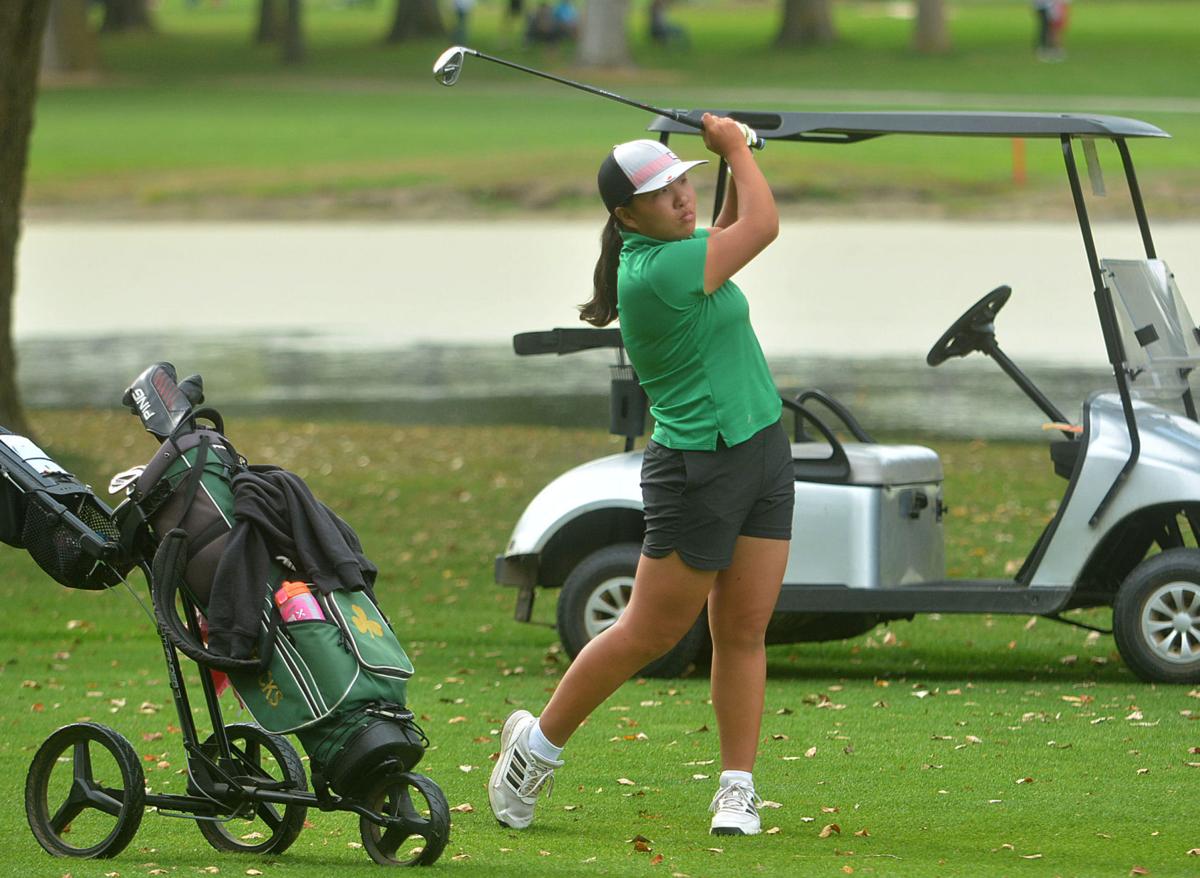 Scotus sophomore Cecilia Arndt makes an approach shot during the second round of the state tournament on Tuesday at Elks Country Club. 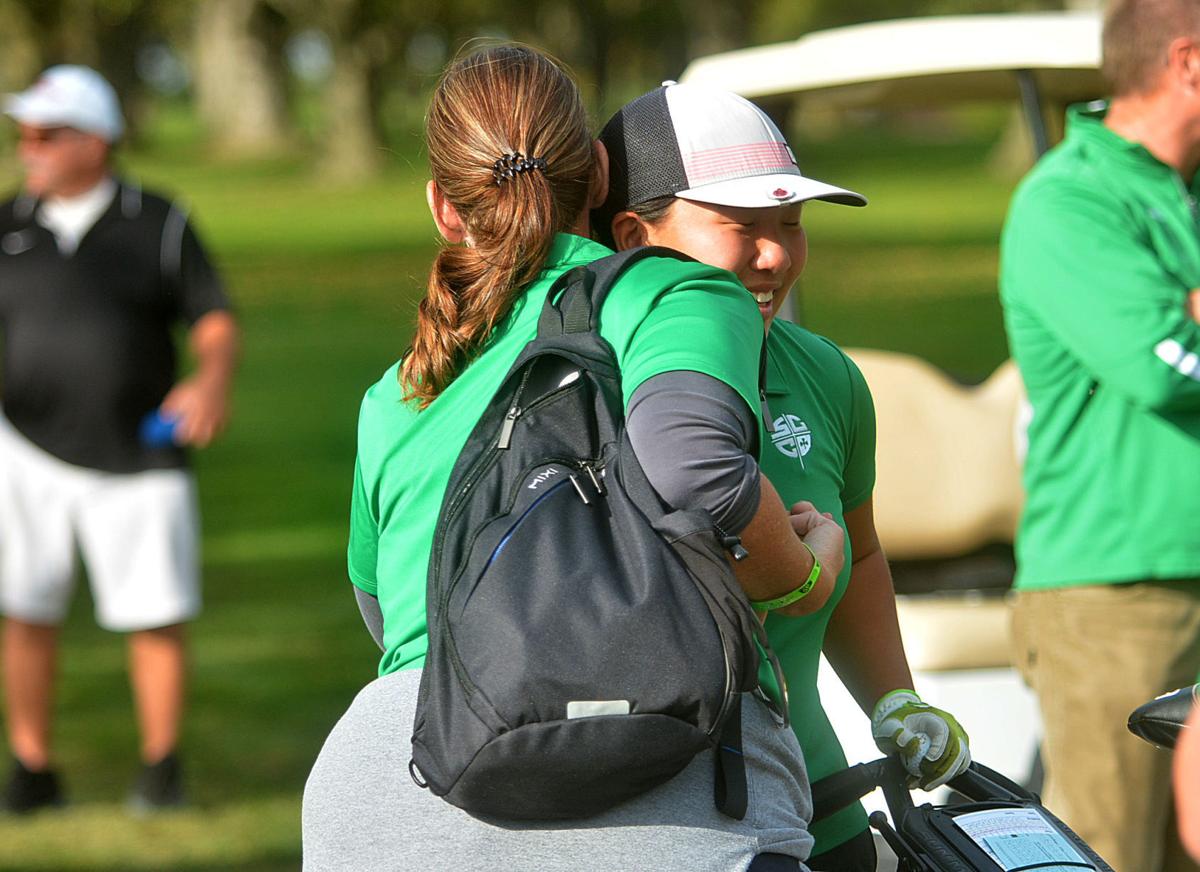 Assistant coach Amy Evans shares a hug with Cecilia Arndt after the Scotus sophomore stepped off the 18th green with the first individual girls state golf championship in school history.