One can only imagine what it was like in the Sjuts household growing up. Three boys that included two twins, all of which were athletic and competitive, meant a constant struggle for control.

Typically, that struggle came down to twins Jason and Jacob. Tyler, the oldest, was happy to watch that struggle, and occasionally create the discontent.

But rarely was any needed; it came naturally. Jacob and Jason, who shared a Lightning McQueen racecar bed in their early years, often ended up separated despite those sleeping arrangements. A few times, Jason said, he kicked Jacob out of bed and made him sleep on the floor.

Everything was a challenge, even mowing the yard. That meant Tyler and Dad, Greg, could avoid that chore, but it didn't mean the lawn looked a whole lot better than when the two started.

Then there were battles on Playstation, most often, playing Madden. The number of broken controllers over the years would rival the total supply most stores keep on hand.

And, of course, there were battles in the driveway playing basketball.

"We were playing one-on-one and (Jason) was pushing me up against the garage, and we have these brick pillar things, and he pushed me into one," Jacob remembered. I sliced my eyebrow and had to get four stitches. It was funny because mom thought we were fighting when I came in crying. She wouldn't answer me because she was like, 'just go deal with it,' like it was just a regular old argument. But it was like, 'no, I'm actually bleeding."

"I can't think of an example right now, but he's not all civil when he plays," Jason said in response."

But as much as the pair might have disagreed, battled and bruised each other over the years, that's specific to their relationship. Outsiders aren't given the same sort of leeway in competition. When it comes to suiting up for Humphrey/Lindsay Holy Family, the Sjutses have each other's back.

They head into their senior season as reigning champs in Class D-1 and with two titles already to their name. They won one with Tyler as freshmen then watched hopes for back-to-back titles unravel in the semifinals as sophomores.

If there's a benefit to that, it's knowing what it's like to chase a title the year after earning one. This time, the Sjutses will try to repeat with the Bulldogs as members of Class C-2.

"We tell our guys it's going to be a grind," Jason said. "You can't take anything for granted; every game is important to win to put yourself in position come postseason time to make a run."

Winning two in a row is difficult for a lot of reasons. The reason Jason and Jacob might be more familiar with than most is having a target on your back. Living in a town like Humphrey, two guys 6-foot-5 and 6-4 don't just walk around anonymously. That they've won two state titles only adds to their minor celebrity status.

There are no quick trips or errands inside city limits. But Jason and Jacob also appreciate everyone's kind words and interest in what they do. Faith in the Lord and a focus from mom and dad on humility has influenced all of their interactions.

That is the legacy they hope to leave behind.

"We want to be a good example for younger kids. We want to be role models for them, want them to look up to us, want to be like us, be better than us," Jacob said. "We try to stay humble as much as we can. All the other stuff is nice, but at the end of the day we just want to go out there, help our team succeed and do it the right way."

"We want little kids to see that winning is a lot of fun," Jason said. "But even if you can't win there's a lot of ways you can succeed on the court. We just want to be that example." 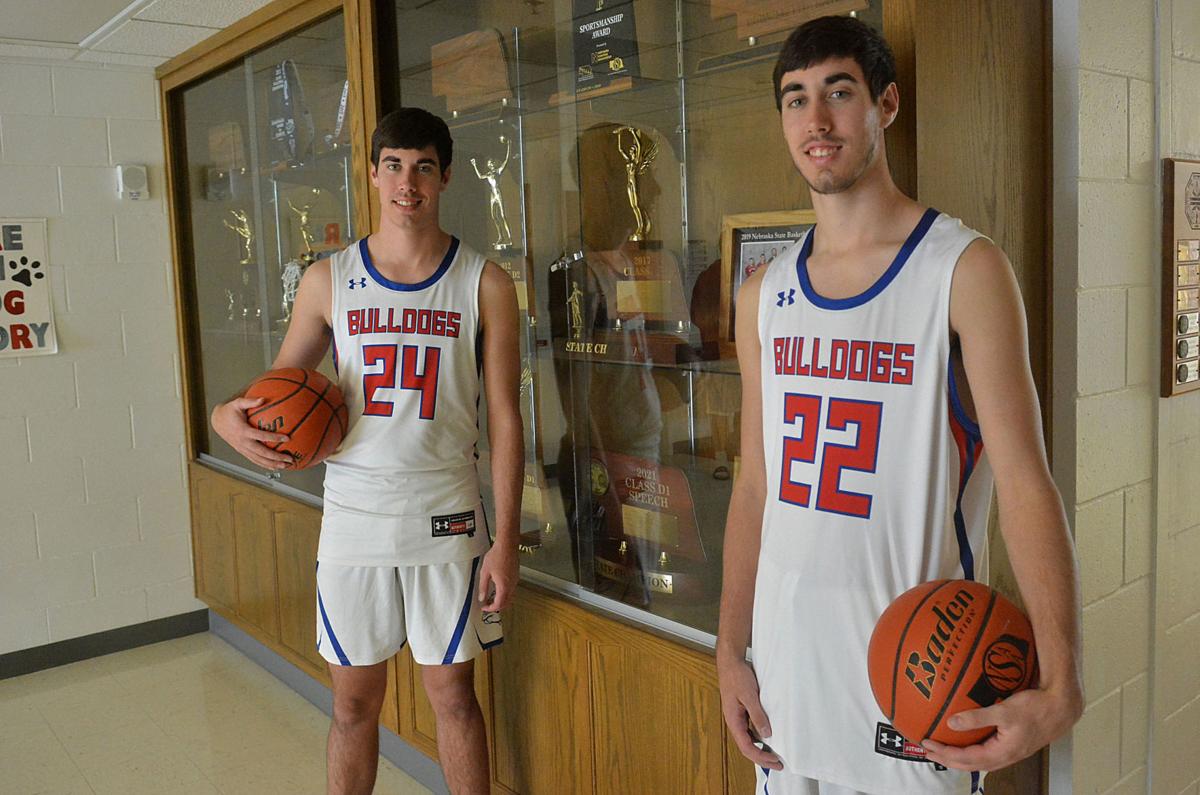 Jacob, left, and Jason Sjuts have added two additions to the trophy case with D-1 basketball titles in 2019 and 2021.The senior twins are looking to make it three and go back-to-back in 2022. 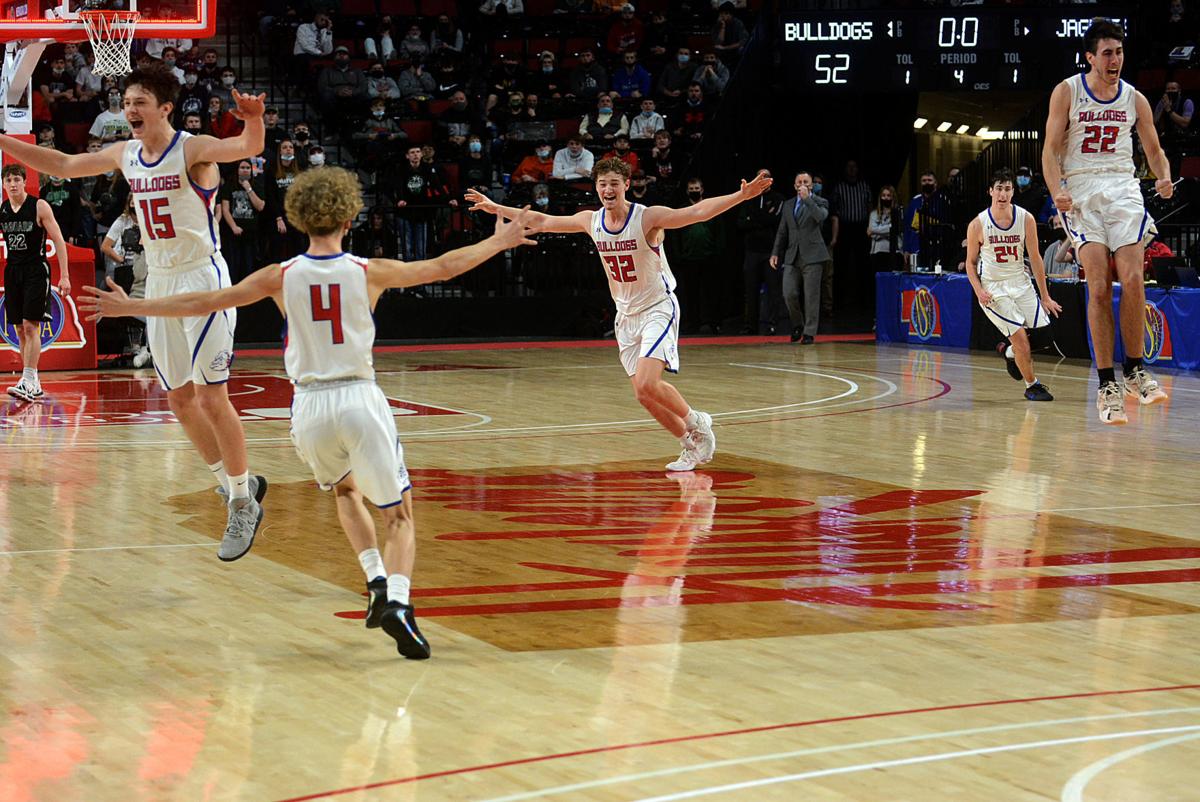