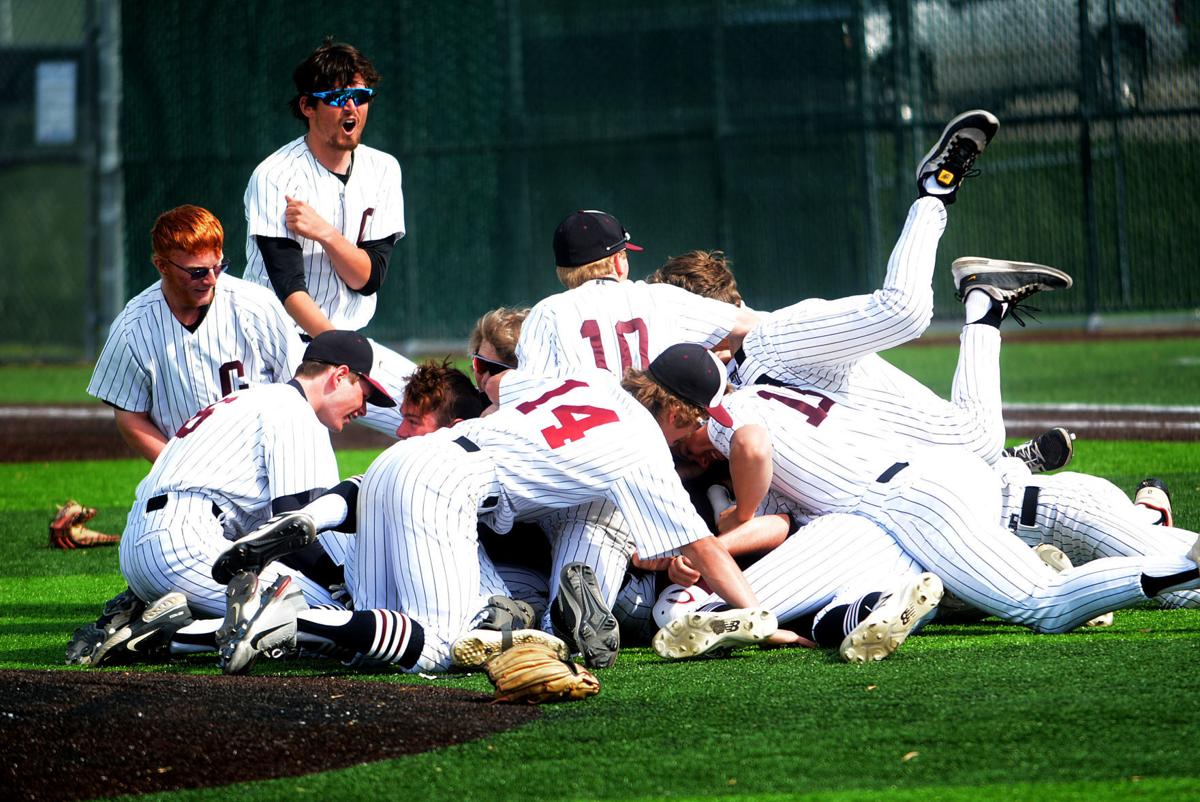 Tadan Bell, upper left, joins in on the dogpile after catching the final out that clinched a district win and a trip to the state tournament for Columbus baseball in May. Bell announced Wednesday his verbal commitment to Coastal Carolina. 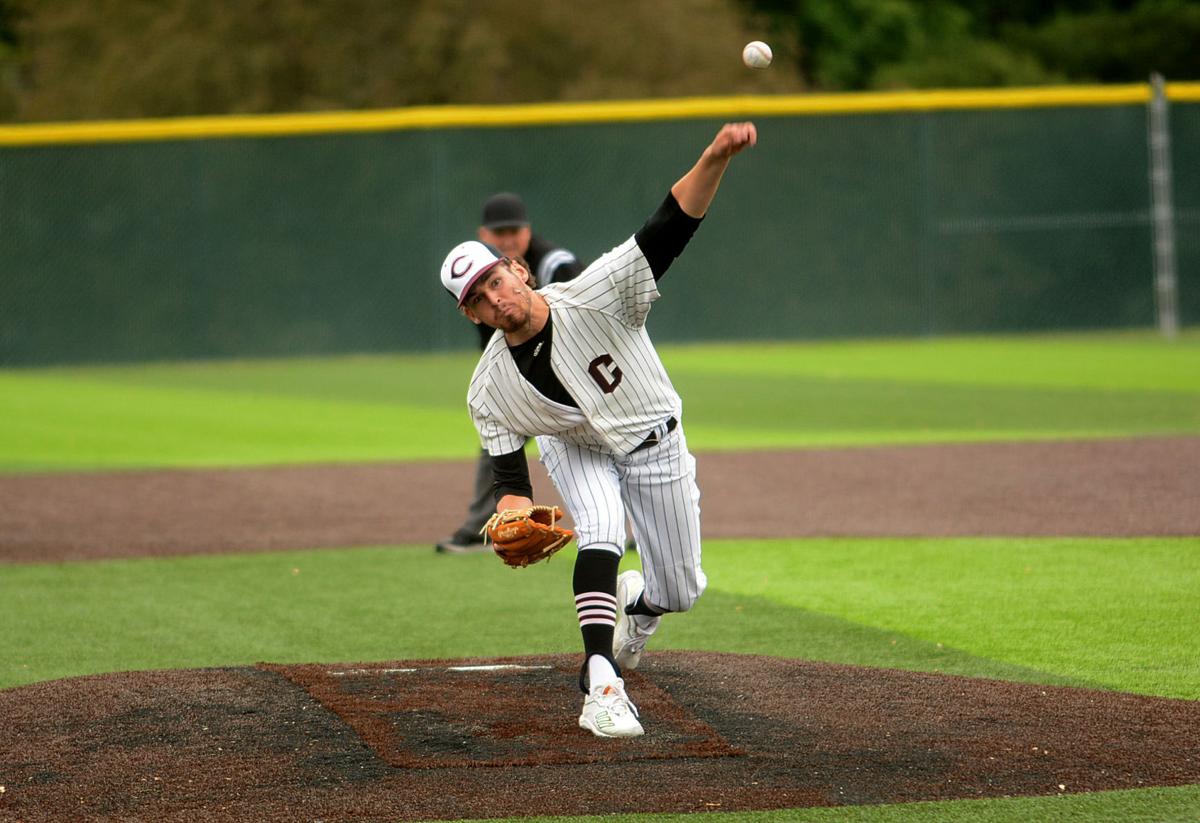 Tadan Bell throws a pitch in the first round of the Class A state tournament in Lincoln on May 15. Bell went 5-2 as a junior with a 3.50 ERA and had three games in which he struck out 10 or more hitters. 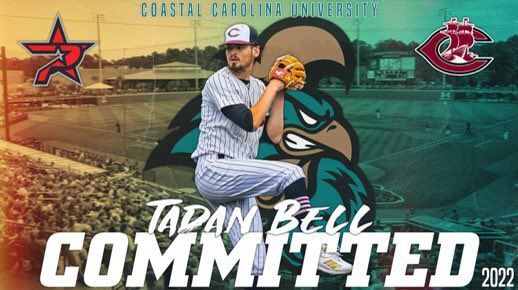 Tadan Bell announced his commitment to Coastal Carolina, the 2016 national champions, via Twitter on Wednesday afternoon.

Columbus High added another name to the ranks of college baseball on Wednesday when left-hander Tadan Bell announced his verbal commitment to Coastal Carolina on Twitter.

Bell becomes the second Division I prospect from the Discoverers in the last three years following Tyler Palmer at Nebraska.

Bell struck out 13 at Lincoln North Star on April 10 and 14 at Fremont Bergan on April 23, just a few days after Bergan had won the Heartland Athletic Conference and was ranked in the top five.

He also led CHS to a district win over Creighton Prep and tossed six innings of the first-round state tournament loss to Millard South. Bell held Millard South to one earned run, walked five and struck out six. The Patriots went on to win the state championship and scored more than two runs each game after squeezing by Columbus 2-1.

"I'm really excited for Tadan. He deserves every bit of this opportunity because he, of anyone, has made himself into a tremendous pitcher and baseball in general. ...He's been so coachable with all the teams he's played with, and he's just a driven young man," Columbus baseball coach Jimmy Johnson said.

At Coastal Carolina, Bell will join one of the most prestigious baseball programs outside of the Power 5 conferences. Coastal Carolina regularly wins the the Sun Belt Conference and makes the NCAA Tournament. The Chanticleers won the 2016 national championship in Omaha at the CWS and have made the NCAA tournament 17 times in the past 31 seasons.

"They're a contender for the Sun Belt Conference every single year, and they're a contender to, if not host a regional at least make a regional. So, he's going to have some really exciting games, opportunities for conference championships and hopefully regionals and super regionals," Johnson said. "He could even see some College World Series games. We've seen that they're capable of it."

Bell sees a pitching coach each week and has been described as pouring himself into his craft. The constant refrain from Johnson, boys basketball coach Jordan Hitchcock, and anyone else around Bell when it comes to sizing up his abilities, has always been about commitment.

Johnson could see his potential as a youngster pitching for the Outlaws. But Bell didn't just use early success to form his expectations. Those around him say he went all in and is now reaping the rewards.

"You could tell even then he was really talented. Seeing him pitch in eighth grade, you could see he was going to make a run at varsity as a freshman, and he did," Johnson said. "He's just continued to improve and get bigger, faster, stronger and work his tail off to get where he is now."

Nate Tenopir is the sports editor of The Columbus Telegram. Reach him via email at sports@Columbustelegram.com.

Hot Or Not: Justin Fields will be next rookie QB to get first career win?

There was no need to panic, and coach Kurt Frenzen said the past was never discussed. But regardless of how Lakeview dealt with last week's lo…

It was definitely more sweet than bitter for a Columbus High softball team that finished 2-1 and lost its final contest of Saturday's home invite.

The Lutjelusche Course, which features two prominent hills, proved to be a challenging course for the runners competing in the 2021 Scotus Inv…

Tadan Bell, upper left, joins in on the dogpile after catching the final out that clinched a district win and a trip to the state tournament for Columbus baseball in May. Bell announced Wednesday his verbal commitment to Coastal Carolina.

Tadan Bell throws a pitch in the first round of the Class A state tournament in Lincoln on May 15. Bell went 5-2 as a junior with a 3.50 ERA and had three games in which he struck out 10 or more hitters.

Tadan Bell announced his commitment to Coastal Carolina, the 2016 national champions, via Twitter on Wednesday afternoon.