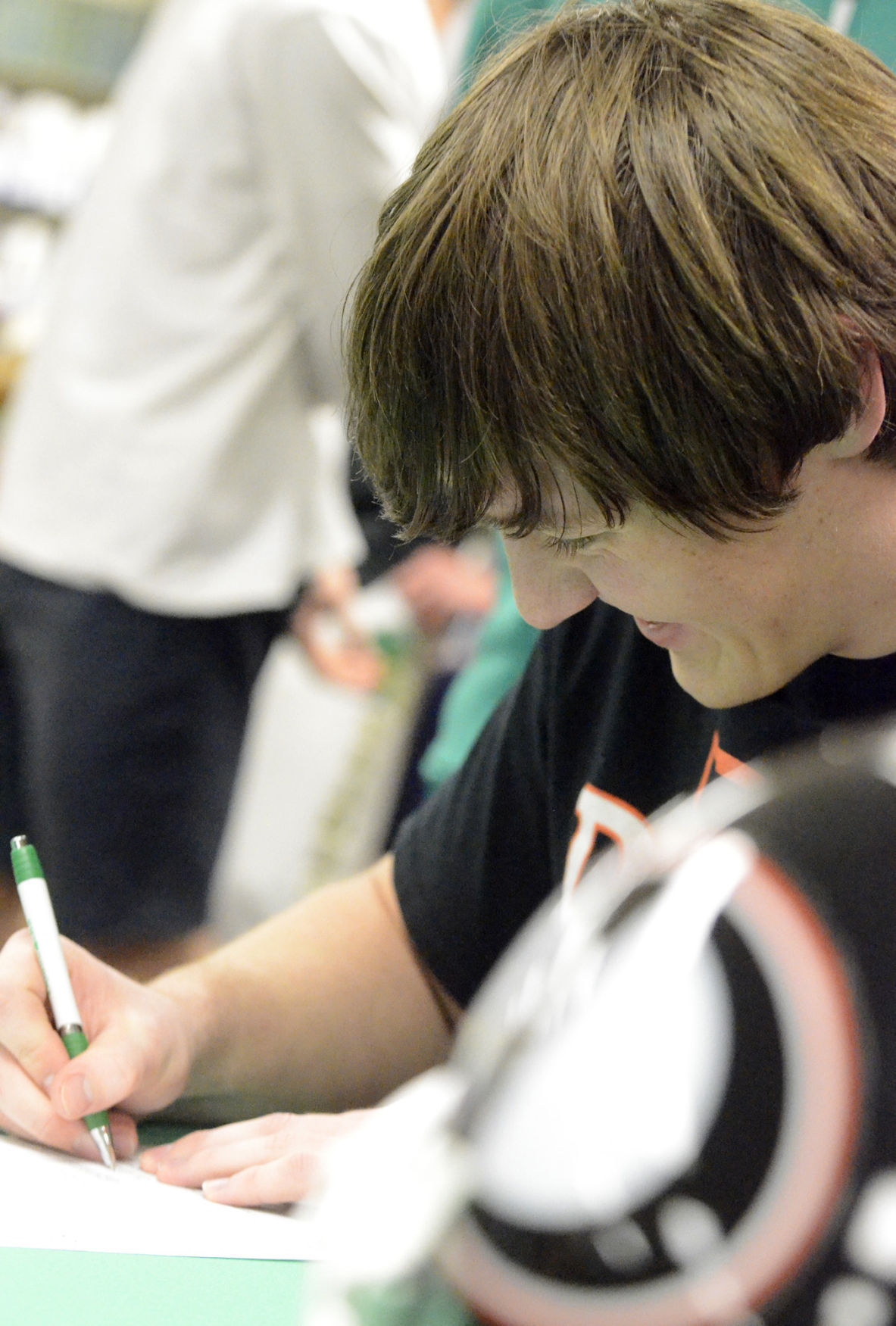 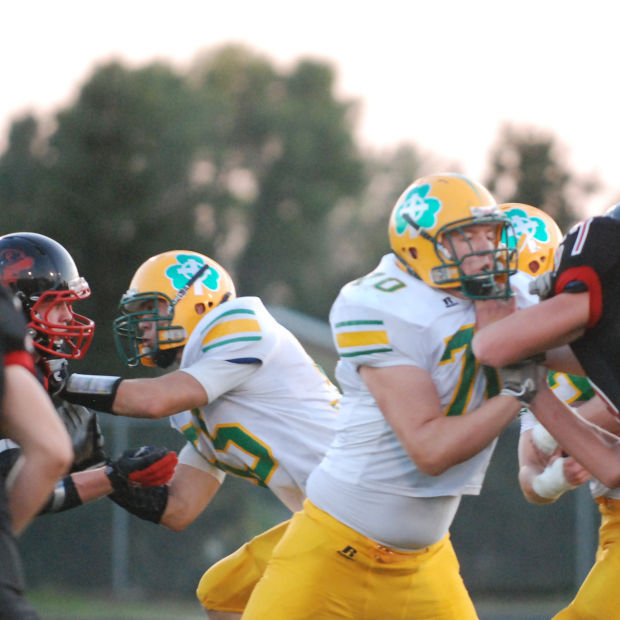 COLUMBUS — It’s not hard to see Ross Bonk’s impact on the football field.

The 6-foot-1, 250-pound offensive tackle stood out while pushing around opposing defenses as a member of the Scotus Central Catholic Shamrocks.

“When push comes to shove and we had to move the football, we ran right behind Ross Bonk,” Scotus head coach Tyler Linder said of his right tackle. “He was a valuable asset to our team.”

Bonk started three years on the offensive line for the Shamrocks, who rushed for nearly 4,000 yards and 58 touchdowns during a 2015 season that culminated with a Class C-1 state title. They piled up 301 yards on 50 carries in a 32-27 victory over Norfolk Catholic in the championship game.

“I think that’s the part that is going to transition over to college football well,” Franzen said Monday afternoon as Bonk signed his letter of intent to join the Tigers.

The Doane coach saw Bonk’s physicality and size on film. Although he won’t be a big offensive lineman by NAIA standards, Franzen has no concerns about bringing him to Crete.

“He’ll fit really well with us and what we want to do,” Franzen said. “He’s got a frame where he can put on some weight.”

Football has always been the sport of choice for Bonk, who takes pride in his ability to open a running lane for backs to scurry through.

“It’s kind of like a stress-reliever,” he said of the game’s physical aspect.

He’s also an incredibly dedicated player, according to Linder, who knew after the 2014 season that Bonk could make the jump to college ball.

“He put in a ton of extra time and effort in the summer to make that dream a reality,” Linder said. “ ... It’s guys like Ross Bonk who won us the state championship.”

The Shamrocks went 25-8 during Bonk’s three years as a starter, including a 21-3 run the past two seasons, and made the state playoffs three times.

The Tigers were 9-2 last season — their most wins since 1997 — and finished second in the Great Plains Athletic Conference with an 8-1 mark. They reached the NAIA playoffs and ended the season ranked ninth in the country.

Bonk, who is part of a recruiting class that includes 42 total players and 10 offensive linemen, said he chose Doane over other schools because of its small-town setting and proximity to Columbus.

He plans to study computer science while working on one simple goal.

“Just get better as a person — a person and a football player,” he said.