Lakeview senior Carly Schaad plans to go into agricultural education and leadership with a minor in ag communication. Once her schooling is complete, she's looking forward to working with the Nebraska Farm Bureau or the Nebraska Extension as an ag educator.

She's done a bit of that already in Lakeview Future Farmers of America and can't imagine another way of life. Such is the heart of a farm girl.

But Schaad has also loved soccer since she could walk and kick a soccer ball. Over the past four years she's been a regular starter for a Lady Vikes program that has had its ups and downs but that has also played in two district finals when Schaad was a freshman and a junior.

Lakeview started each of the past two years 0-4, finished with a winning record last year and nearly broke even again this season. A major factor in staying the course has been Schaad's steadying presence.

There have been players with better numbers and more accomplishments over the years of Lady Vikes soccer, but coach Mike Zimmerman said there are few that have had the leadership ability of Schaad. What she did over the past four years was only the beginning of what Zimmerman said she can accomplish at Northeast in Norfolk and in her professional career.

"This is not a day I wanted to see come," Zimmerman said last month at Schaad's letter of intent signing to continue soccer at Northeast in Norfolk. She and classmates Mallori Kucera and Cooper Tessendorf held their signings together on April 20.

"I'm going to lose a tremendous soccer player and a tremendous athlete," Zimmerman continued. "Carly will end up a four-year letter winner, which is tremendous. Probably the biggest thing with Carly is her work ethic. Every practice, every game, she always gave 100%, and I couldn't be more proud of her."

Schaad initially assumed her soccer days were over - her first priority was focusing on education. From her perspective, any interference with her college learning was too much to ask. If an opportunity to play presented itself, it had to be the right fit.

Schaad grew up a farm girl who was expected to contribute to the family's cattle operation that has since become a corn and soybeans producer. Of course, there were things she liked and didn't like, but her dad, Bob, and older brothers, Drew and Cody, each did their part in showing Carly the ways of the family and took her fishing and hunting.

It was when she started showing pigs that the desire to become an agricultural ambassador first found its inspiration. Leading a large swine around a ring, sometimes as big as 300-plus pounds, requires a firm temperament that can sometimes appear cruel to casual observers. Often, Schaad said, she was criticized for how she used her stick to move the animal around the ring. Of course, as any good showman knows, criticism usually come from those that have misconceptions - they simply don't now any better.

Rather than pout or complain, Schaad wanted to take a proactive approach about informing the public. That quickly grew from showmanship to other facets of agriculture.

For several years now, Schaad has involved herself in several opportunities to teach. She quickly decided it was more than a way to answer critics. It's also a way to earn a living.

"Teaching ag, especially to youth, I love getting involved in that," she said. "It's about helping out throughout the whole community, advocating for agriculture. It's something I'm really passionate about."

That passion is clear to those around Schaad whether she's talking about agriculture or anything else. Those around her say teaching and helping have always been a part of her skill set.

"She's the hardest working player. Her work ethic, she would spend time after practice shooting and shooting and working on things. One thing that caught my eye, was the freshman girls would come up to her and say, 'Can you show me a few things?'" Zimmerman said. "She worked with a lot of girls after practice, which, as a coach, there's nothing better. She's always been helping to build the program."

Several colleges reached out but Schaad didn't feel a connection. She said there was a mindset that she was playing for them and they were doing her a favor. Chad Miller at Northeast gave her a different feeling.

She agreed to come to a practice, met the girls, loved the campus and the team. Plus, the program has been to the national tournament each of the past two years.

When she learned the team's manner towards education, she knew Northeast was the the place for her.

"At Northeast, they're attitude was phenomenal. It was, 'You're playing for me. I appreciate you so I'm going to do this for you,'" Schaad said. "They make us fill out scholarships. They worry about our education first, our tutors, they set up programs for us and academics come before athletics."

Several members of the roster are farm girls like Schaad, and several others are international student-athletes. That mix added to the attraction.

And Northeast, Zimmerman said, should be excited for her, too.

"She's pretty unique. She just has the attitude of helping the younger girls. With Carly, it was always, 'How can I get better? How can I do things better?' She just wants to get better," Zimmerman said. "She's a special player you want to have. You'd like to have 11 like her."

Nate Tenopir is the sports editor of the Columbus Telegram. Reach him via email at sports@columbustelegram.com.

OMAHA – The Shamrocks were about to survive 40 minutes of defensive soccer when, perhaps, that very thought crossed their mind and gave way to…

Discoverers earn three medals on day one of state track

Vikings have been building for Omaha

Lakeview track and field is in position for a big finish Wednesday and Thursday in Omaha when the Class B meet takes place at Burke Stadium.

Scotus Central Catholic senior Tim Sliva was trending toward high jumping at state all season long. But when a leg injury popped up a few week…

OMAHA - Lakeview track and field felt it was building momentum all year for a big finish in Omaha. After day one of the Class B state track me…

OMAHA - How much did Scotus Central Catholic junior Libbie Brezenski think about last year at Morrison? Oh, you know, just a little.

US Soccer reaches equal pay agreement for men and women 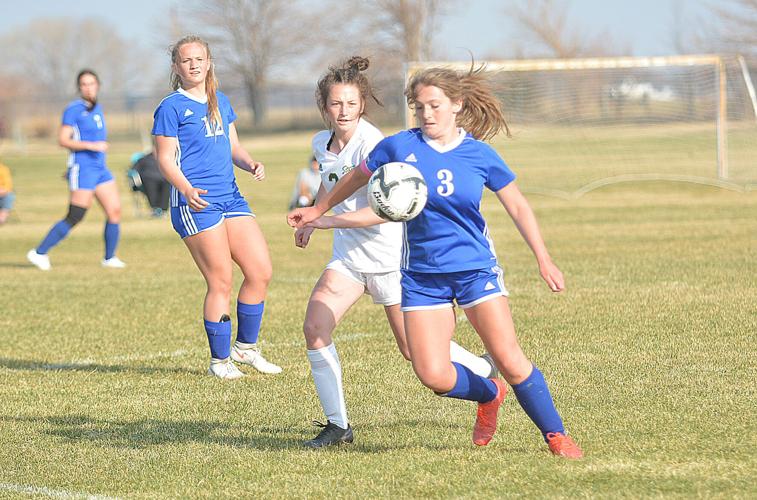 Carly Schaad eyes a bouncing ball in a home match against Kearney Catholic this season. Schaad ends her Lakeview career as a three-time letter winner who contributed 18 goals, seven assists and 43 points in three seasons of varsity. 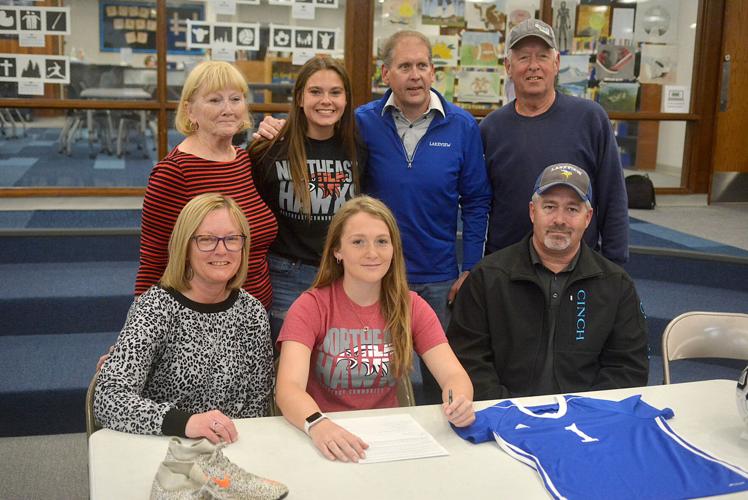 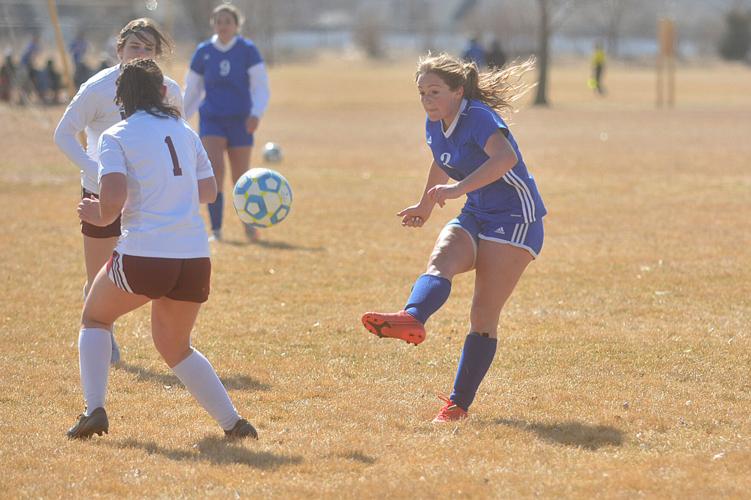 Lakeview senior Carly Schaad tries to spring a teammate with a pass up field in a match this season. Schaad will continue her soccer career this fall at Northeast Community College in Norfolk.