It's been a busy year for Scotus Central Catholic midfielder Chance Bailey. He completed the spring high school soccer season in May after an injury scare in January.

This summer, Bailey competed in the Nebraska High School Soccer Senior Showcase on June 17 in Omaha and now he's preparing to step foot on Doane University's campus to prepare for his freshman season playing soccer.

"This year has been crazy. I went to an ID camp in January and messed up my patellar tendon there, so I was out for even the first week of practice so I was out two months. I was scared I wasn't even going to play this year," Bailey said. "We didn't finish how we wanted, but I think as a team at times, we performed well. I made the All-Star game in Omaha and same thing for CCC (Central Community College), but that one was canceled for weather. Just doing a little grinding here at home, practice and conditioning and ready to go here in the fall."

Bailey said move-in day is Sunday and he'll begin practicing on Monday with the team. After playing in the state tournament his junior year, Bailey sent out a highlight tape to collegiate coaches in the area. Doane head coach Tony Odorisio responded and the rest is history.

"I'm most excited just to meet new people, new environment and of course to play soccer," he said. "I really hope to make an impact on the program there and hopefully it's long-term."

On a team of experienced players, Bailey started as a freshman for the Shamrocks and totaled just one goal and one assist. After his sophomore season was canceled due to COVID-19, Bailey said he knew he had to step up given the squad's inexperience.

He used the two years in between to mature both physically and mentally. It paid off as Bailey led the Shamrocks with 13 goals and six assists en route to the team's first state appearance in five years.

"It meant a lot (to get to state). We had three weeks of practice in our sophomore year and then a week before games started, the season got canceled," he said. "It was really sad and devastating because we were all going to be young kids and not a lot of us had seen the field, so it would've been a really good time for growth as a team.

"It meant going into my junior year, I got to come back stronger because we lost out on a year there and not a lot of the team has played a lot of soccer before, so I knew we needed to play a lot during the offseason when we could with the COVID restrictions and everything just so we can make up time to compete."

Bailey said in his junior year, he looked to be more of a goal scorer as it was only returning four or five players from 2019 who saw the field. This year, Bailey shifted into more of a playmaker role with the addition of Schuyler transfer Jose Cruz.

Cruz scored 26 goals this season and Bailey netted 15 along with a single-season school record 19 assists.

"My junior year, I knew I needed to step up in order to win games and score some goals. Frank Fehringer did a really nice job of helping me score that year and getting us to state there and I assisted when I could," Bailey said. "I knew my senior year we had Jose Cruz. I played with him in the past as well during some club stuff and watched him play and played against him as a junior and I knew he was something special. I knew I can take some pressure off him, sometimes taking the pressure on me and open things for him. I just loved being a playmaker and sometimes it makes me feel better having an assist rather than a goal."

Scotus head coach P.J. Miller said he's been watching Bailey play soccer since he was little. He described Bailey as a go-getter.

"He understood the game. He can do it all. Just his leadership. The kids looked up to him. He's started since his freshman year and that's because he understands the game," Miller said. "Unselfish player. He knows when to take the shot and knows when to dish it off. He can make things happen. Creative. On top of that, he's just an all-around great kid. Kids flocked to him. He was definitely a leader on the team."

During his first year at Scotus, Bailey said he looked up to the older guys and wanted to be a leader like them. He wasn't vocal at first, but as his maturity grew, he became a two-year captain for the Shamrocks.

"I learned I had to be vocal and lead by example because there just wasn't a whole lot of people willing to do it. I wanted that to be me, so I stepped up and was commanding stuff on the field and showing players example, especially the young players because I know it means a lot to them by showing players example," Bailey said. "Sometimes they're scared to ask questions if they don't know what's going on. It's always good to have somebody to look up to and not be scared to ask questions."

Bailey has played soccer since he was 4-years-old. In the coming weeks, he'll begin his collegiate career, one he's been thinking of since he first started playing the sport.

"It's something I've dreamt about doing when I was a kid is going to play college soccer," he said. "I'm really excited to get it going."

Scotus Central Catholic assistant principal and activities director Merlin Lahm had been a head coach of a sport for the last 41 years, includ…

Changing of the guard: Dan Krueger takes over as Lakeview's new AD

The Lakeview girls golf team hopes experience pays off in its first trip to the state tournament since 2018. It returns three seniors and two …

Liz Adamy battled injuries and mental health during her time at Scotus Central Catholic. But she always leaned on soccer and the field as a sa… 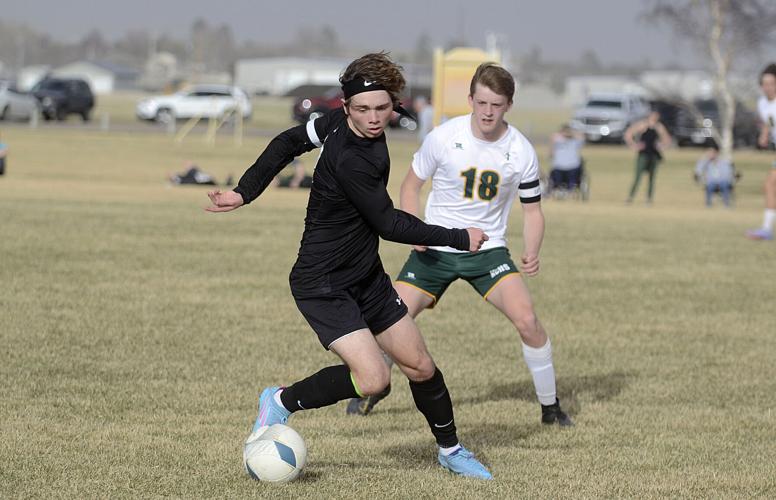 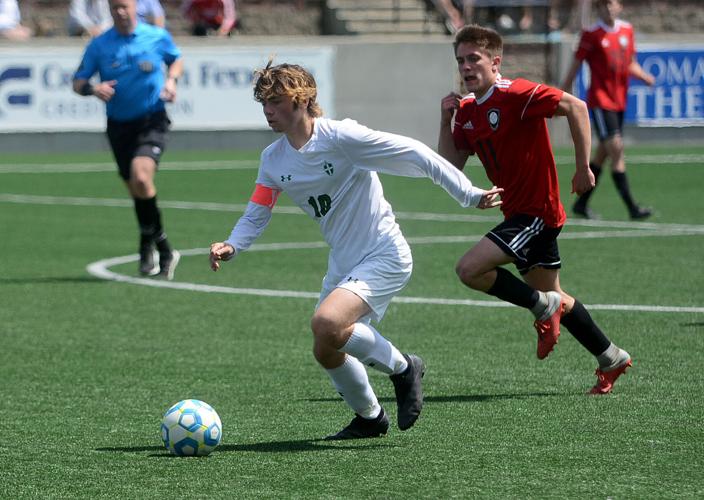 Scotus midfielder Chance Bailey leads an attack at the state tournament last year. It was the first time Scotus qualified in five years. 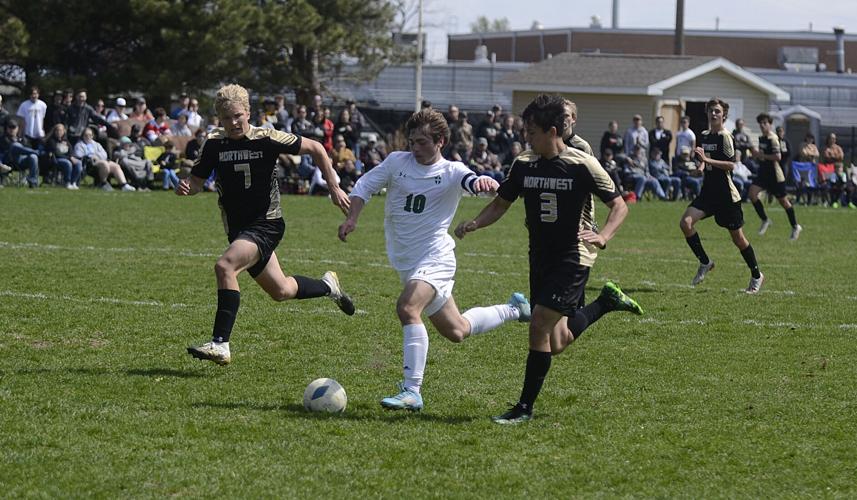 Scotus midfielder Chance Bailey leads the transition attack on May 7 in Grand Island. Bailey broke the school record with 19 assists this season.