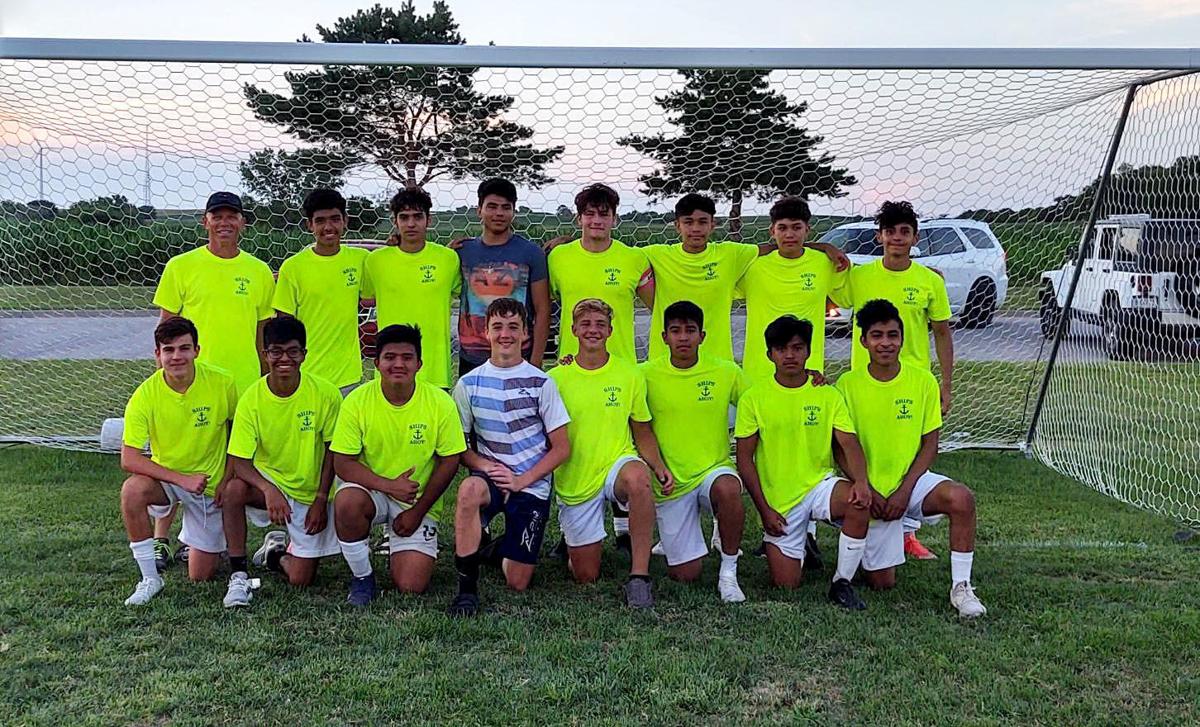 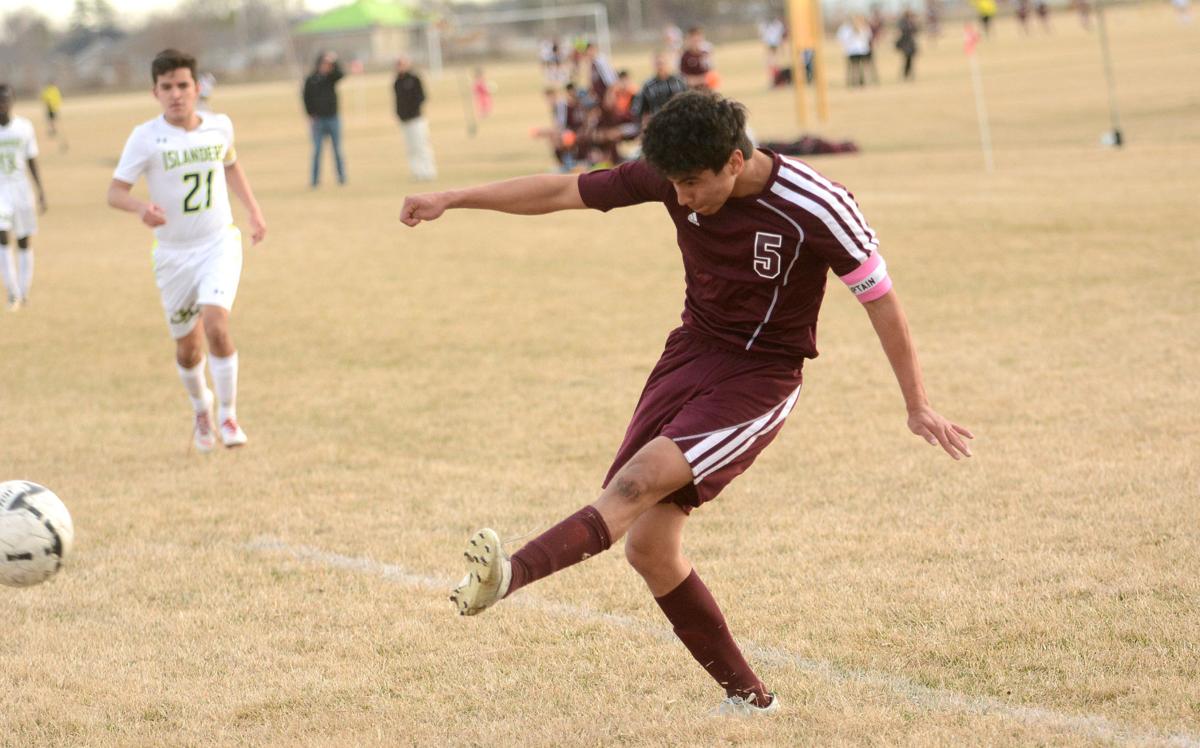 Ivan Rios-Lopez rips a shot for a goal in a game last season. Lopez never had the chance to finish his prolific scoring career this past summer but did have a final four matches with his teammates at the State Games.

Intent on proving their mettle in Class A and with the potential to cap the most prolific scoring career in program history, Columbus High boys soccer saw neither of those come to fruition this spring.

A cancellation of the season prevented last year's Class B runner-up from showing its worth in Class A. It also prematurely ended the career of prolific scorer Ivan Lopez.

Thanks to a new event at the Cornhusker State Games, however, not all was lost for the Discoverers. CSG opened a high school soccer division this summer and hosted a tournament that included pool play then a knockout stage.

For a group that had ambitions designs on 2020, the Games at least provided some closure and set in place minor building blocks for 2021.

"We had a lot of young guys playing. That's a good thing," coach John Arlt said. "I want to be careful how I say it, but in my opinion, I think we could have made the state tournament in Class A. It would have been difficult to win once you get there. But we had everything in place except for an inexperienced goalkeeper and an inexperienced back line, but, other than the game we gave up four goals, we were, really, pretty good."

Columbus played the weekend of July 17-19 in pool play then July 24-26 in the knockout stage. During that stage, 12 of the 14 at the matches will be on the roster next season.

Columbus defeated Lincoln East 3-0 and Norris 4-0 in pool play before a 1-0 loss to Omaha Skutt and Lincoln Southwest 2-0. A 2-1 shootout victory over Grand Island the second weekend propelled the team to the semifinals. A loss to Papillion-La Vista South ended CHS championship hopes. Columbus led that one 3-1 before three unanswered by PLVS and a 4-3 loss.

Lopez and fellow graduate Kevin Palma-Lopez played during pool play while seniors Talon Strong and Adrian Pedroza were on the field for bracket play. Outside of those four, Columbus had a roster mostly full of inexperience. Strong would have led a back line that included a freshman, a sophomore and a junior that, while on the cusp of his final year, had only played sparingly up to this point.

The second weekend included a roster of 14 - 12 of whom will return next year.

"I think (the defense) did pretty well. Obviously, playing in this isn't quite the same as playing in a high school game. We would have made some mistakes in some crucial games for sure, but mid-season on, I think we would have been in good shape," Arlt said. "I think they were learning, they picked it up fast and we showed some things that I didn't know we were capable of doing, and we did that right off the bat."

And defense wasn't the only bright spot. For not having played together before in an organized match, Arlt was pleased with the chemistry. The team was excited to be out there and responded well to challenges by the opponents.

For many of the youngsters, they're normally still at their own level, playing fellow 14, 15, and 16-year-olds in club competitions. The tournament was different in that regard, true to varsity play where an 18-year-old might be battling with a 15-year-old for control of the ball.

"That's a big difference," Arlt said. "I thought they held up well to the physicality that can be high school soccer."

When the team is back together, Arlt has gained confidence in his midfield and backfield. The question looming is how to find the next striker in place of Lopez.

Replacement, though, isn't the term Arlt will use. There's simply no replacing the career leader in scoring. Columbus will have to adapt to his absence and become a group that can find the back of the net by committee.

"Trying to score is going to be the big challenge, but I think we have some guys who can do it," Arlt said.

Garrett Esch is one possibility. He would have been out this spring because of shoulder surgery but was a regular on the field the previous two years. There are also some freshmen potentially ready to take the next step and produce points.

"Our expectation every year is pretty high. Our seniors place that upon the younger kids to know what is expected of them," Arlt said. "That's a good thing."

Reaching for perfection: Reds closing in on unbeaten season

As expected, the Nebraska School Activities Association’s (NSAA) Board of Directors gave unanimous approval to start fall sports as scheduled …

The Columbus Cornerstone Insurance Group Seniors will be looking to find the win column again when the season wraps up Thursday in Grand Island.

A special Nebraska School Activities Association Board of Directors Zoom meeting has been called for Monday, but NSAA executive director Jay B…

Other highlights from the meeting include Week 0 teams set to start practice; COVID-19 and wild card points; and transfer rules.

SOS streaks to six in a row

Baseball teams across the state will lament the lack of a postseason this year for obvious reasons. Few will have the same kind of disappointm…

Lakeview basketball struggled with consistency in the second year under head coach Tyler Colvin. The Vikings often suffered from self-inflicte…

Ivan Rios-Lopez rips a shot for a goal in a game last season. Lopez never had the chance to finish his prolific scoring career this past summer but did have a final four matches with his teammates at the State Games.