The Lutjelusche Course, which features two prominent hills, proved to be a challenging course for the runners competing in the 2021 Scotus Invite. This year's event was met with gusty winds, making the course even more difficult to navigate.

Despite the treacherous conditions, Scotus Central Catholic had three runners medal. In the girls race, Whitney Klug finished in seventh place with a time of 23 minutes and 18 seconds. Liz Adamy finished in 14th place as she crossed the finish at 24 minutes.

Jude Maguire placed 13th in the boys race with a time of 19:32. He's now medaled in three of four meets this season.

Maguire described the conditions of running the course, made more difficult by the 90-degree temperature and 20 mile per hour winds.

"It's really hard. The hills are so tough over there and the wall is so steep, but it's not that bad overall," he said. "It's a hard course, and today it was like really hot and windy."

Maguire said his game plan was to go hard up the hills then go fast on the other side. Winning a medal at his home meet was meaningful.

The Shamrock girls finished fourth in the team standings behind Wayne, Battle Creek and Logan View. Serena Swiatek was 24th with a time of 26:50 and Lilly Dohmen was 46th at 30:16

Boone Central finished sixth in the girls standings with two in the top-30. Morgann Johnson was 13th with a time of 23:57 and Kay Lee Miller finished 26th at 27:01.

The Cardinals finished seventh in the boys standings as Isaac Potmesil took 18th. He crossed the finish line with a time of 19:59. Giles Deeder ended the race in 29th.

They Wayne girls took the team title with a 19-point total and all four scoring runners ninth or better. That was 40 points better than Battle Creek in runner-up position.

Norfolk Catholic took the boys race with its top four scoring runners seventh or better. The Knights were 41 points better than Battle Creek in second.

A baker's dozen: Scotus girls back at state cross country

It was home sweet home for Columbus High cross country runners Hannah Kropatsch, Liberty Larsen and Hailey Kropatsch as they all set personal … 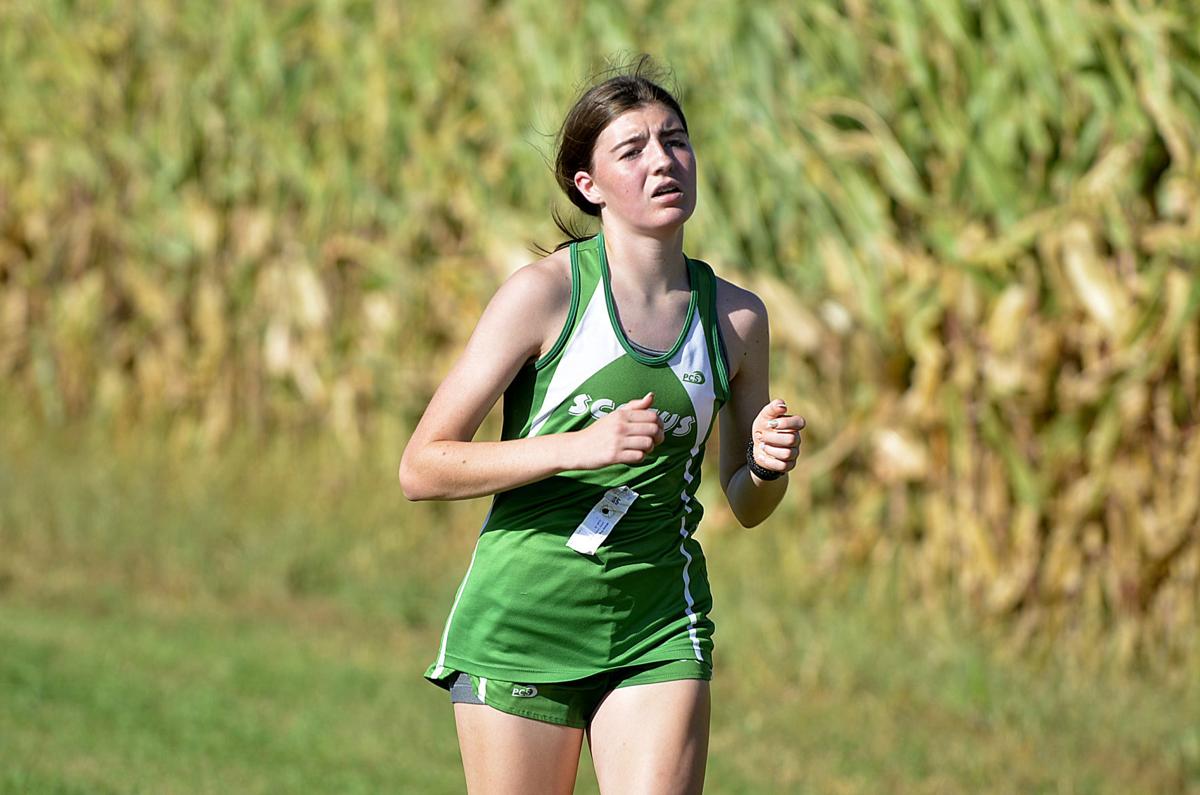 Scotus' Whitney Klug runs toward the finish Thursday at the Scotus Invitational at Lutjelusche Course in Columbus. Klug finished in seventh place with a time of 23 minutes and 18 seconds. 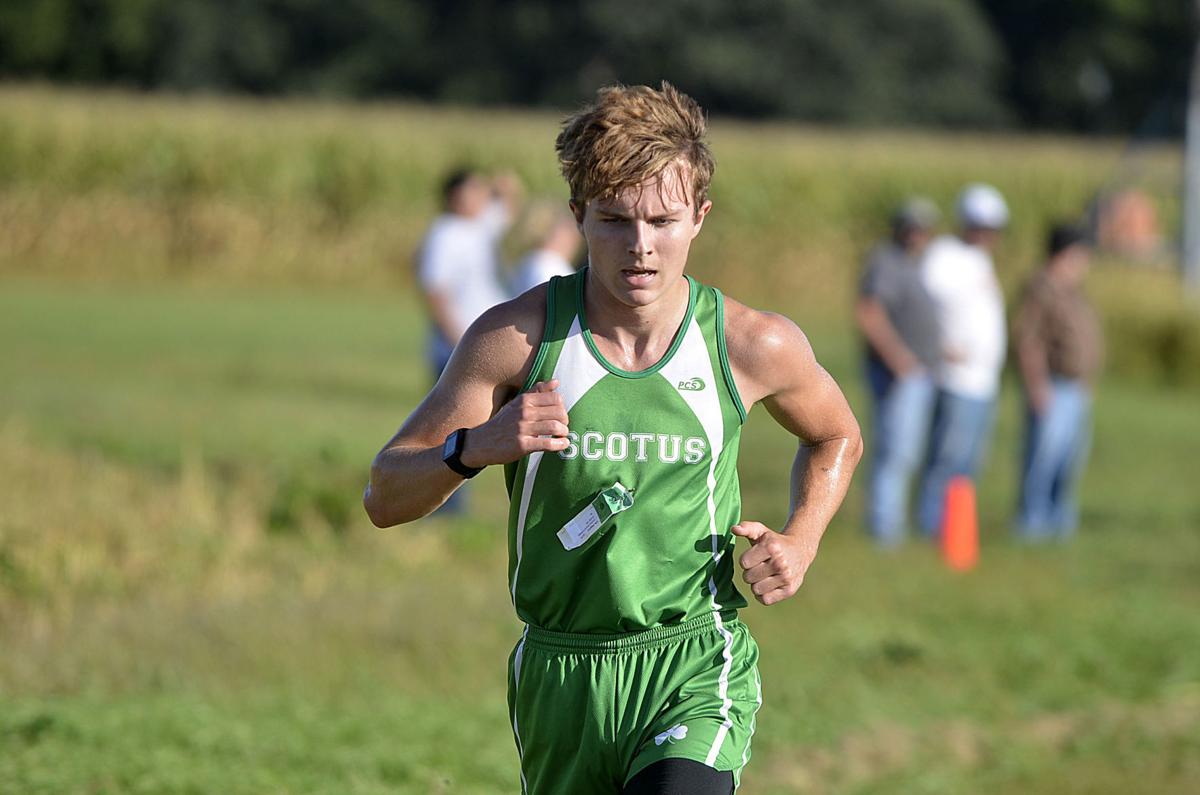 Scotus' Jude Maguire runs at the Scotus Invitational Thursday at Lutjelusche Course in Columbus. Maguire medaled with a 13th-place finish and a time of 19 minutes and 32 seconds. 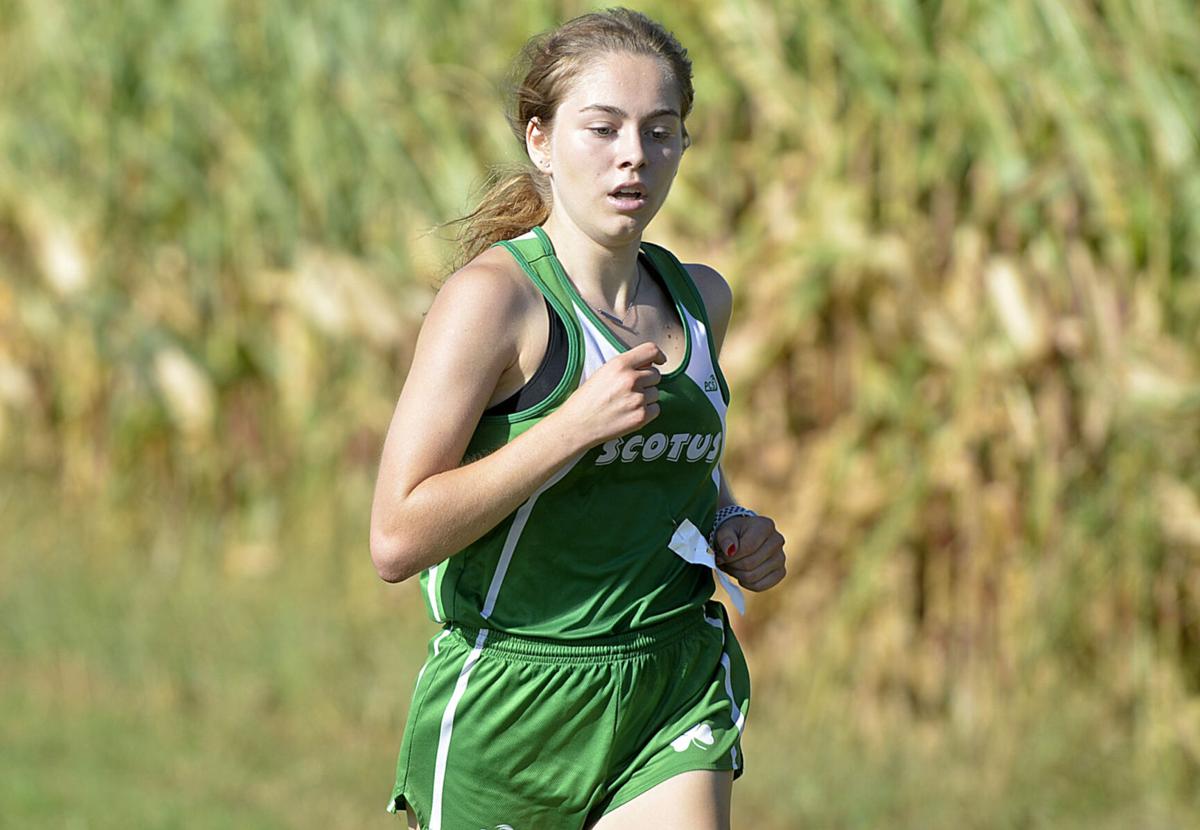 Scotus' Liz Adamy runs toward the finish Thursday at the Scotus Invitational at Lutjelusche Course in Columbus. She medaled with a 14th-place finish and a time of 24 minutes. 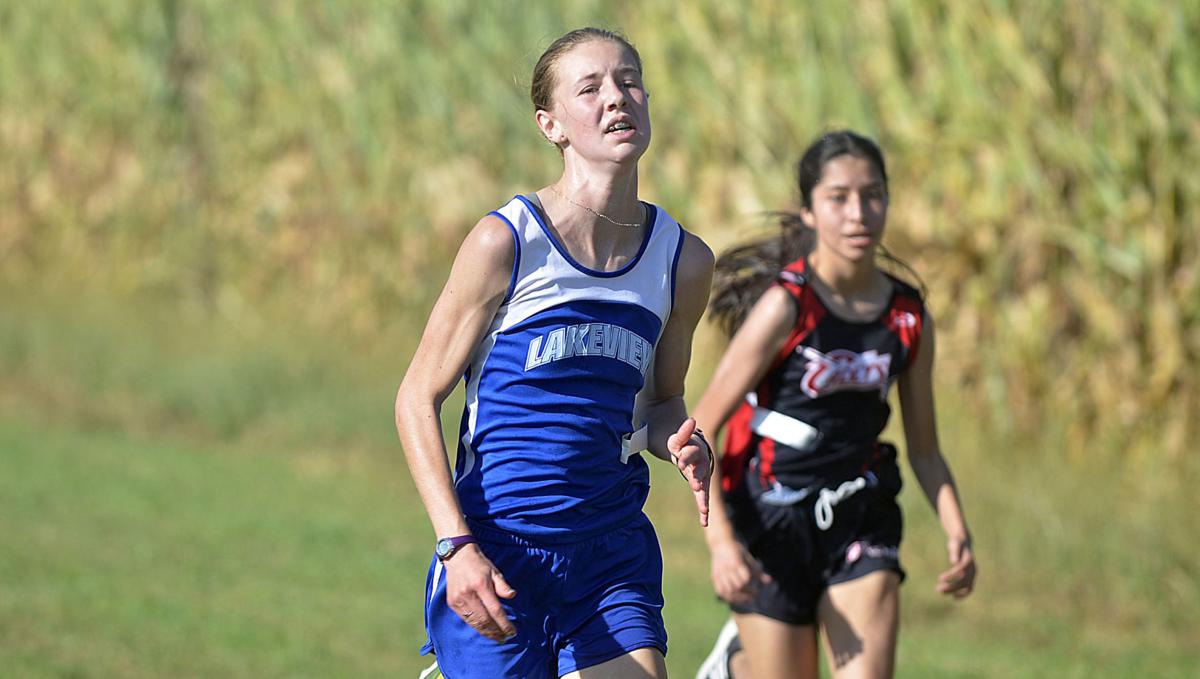 Lakeview's Cherish Moore passes a runner Thursday at the Scotus Invitational at Lutjelusche Course in Columbus. Moore finished 41st with a time of 29:35. 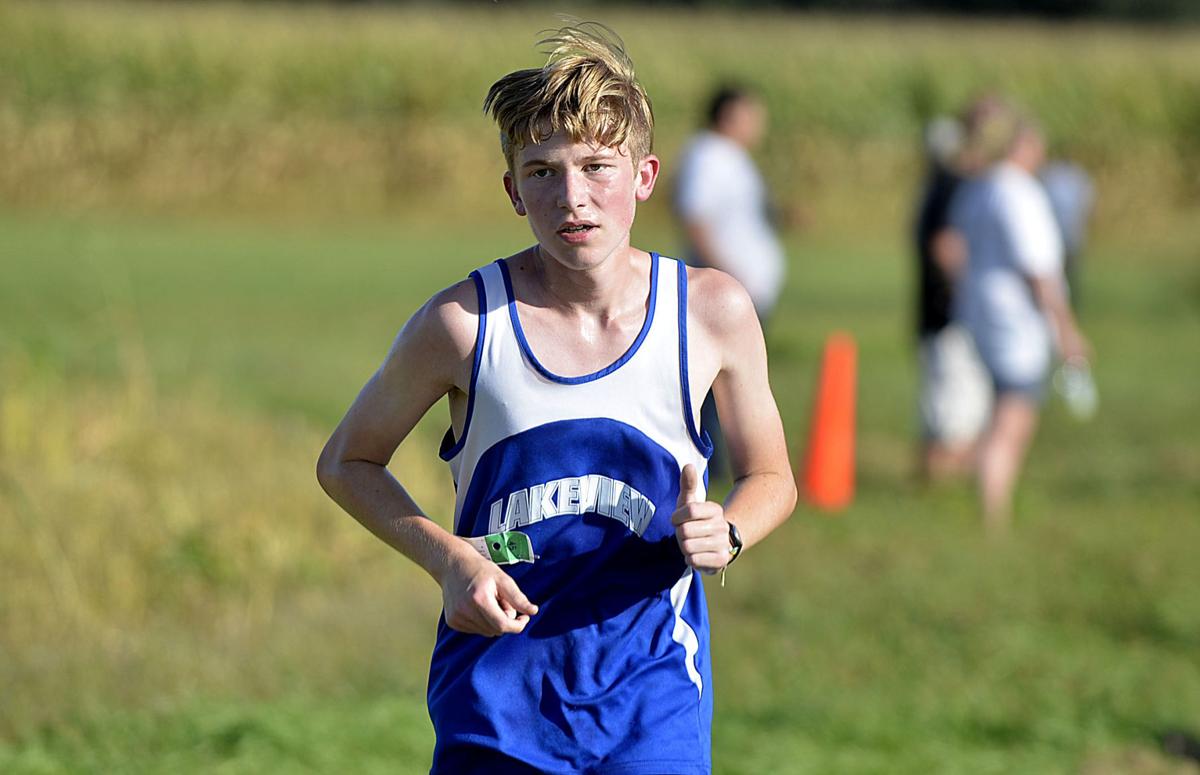 Lakeview's Eli Escen runs at the Scotus Invitational Thursday at Lutjelusche Course in Columbus. Escen was Lakeview's highest finisher as he placed 36th.