Become a Member
Read Today's E-edition
Share This
Back on top: Howells-Dodge rolls over Cross County after Sindelar's game-changing play
0 Comments
Share this

LINCOLN - Howells-Dodge senior Blake Sindelar has over 100 steals in his basketball career. Perhaps some of those skills made the difference in his game-changing play during Monday's Class D-1 football championship.

In position to score the first points of the game with a second-and-goal from the Howells-Dodge 1, Sindelar stepped up and denied Cross County the early momentum. He came through unblocked, disrupted a handoff and forced a fumble at the 3. That play and one two snaps earlier by Levi Belina sparked a Howells-Dodge fire that consumed Cross County over the next quarter-plus.

The championship is the first for the school since the two combined in 2012.

"Honestly, I just ran through there; no one blocked me," Sindelar said. "He had the ball out and I just knocked it out of his hands."

Were there some hoops skills involved in that play?

"I guess so," Sindelar said with a laugh.

Belina made it 6-0 and 8-0 just a few ticks into the second quarter after going 44 yards around the left side for the first points of the game. He also added touchdown runs of 7, 9 and 16 while picking up 153 yards on 23 carries. He also threw a touchdown pass in the fourth quarter.

Belina went over 2,000 yards for the season and finishes his career with more than 4,500 rush yards and 78 rushing touchdowns. He and the Howells-Dodge offense churned up 253 yards on the ground and averaged nearly 6 yards per carry on Monday. But again, it might have been Sindelar's play early that allowed the Jaguars to recalibrate and get back to being themselves.

"That was really big," Belina said. "I think that gave us a lot of energy, let us get the ball back and come down the field."

Howells-Dodge threw an interception on its first possession and fumbled on its second. The fumble set Cross County up at the Howells-Dodge 14 after a video review revealed Lance Brester's knee wasn't down when the ball came out.

The Jaguar defense rose up for a stop at the line of scrimmage on first down, allowed just a 3 yard run by Cross County quarterback Shayden Lundstrom on second down then backed the Cougars up with a holding call on third. Lundstrom dropped back and looked for a receiver the next play then took off and nearly made the end zone. At the 1, Belina stuffed Cougar running back Carter Seim at the 1 and, momentarily, made the play of the game. It was trumped the very next play when Sindelar found his way into the backfield.

"That play that Blake made on the goal line was huge to take the ball away from them in that situation," Howells-Dodge coach Mike Speirs said. "The play before we had a great effort by the linebacker to keep them out of the end zone. You look back on that and you go, 'jeez, those are just huge effort plays.' That's what we've always kind of preached with them."

On the other sideline, Cross County couldn't help but see it as a huge missed opportunity, one of two the Cougars failed to capitalize on and set an early tone.

Lundstrom intercepted a pass on his own 23 during a third-and-5 on the first drive of the game. Cross County picked up one first down on the ensuing possession but halted near midfield and had to punt it away. The kick pinned the Jaguars at their own 2 and set up the fumble two plays later.

Isaac Noyd knocked the ball away from Brester. Replay review, available only in the state championship games for the first time ever, determined it was a fumble recovered by Ethan Brehm.

But disaster struck just like it had earlier in the season when Cross County had a second down inside the Howells-Dodge 5 early in the Week 3 contest. The Cougars also fumbled that one away in a loss that included three of the four giveaways Cross County committed during the regular season.

"You force two turnovers in the first quarter and score zero points is never a good thing," Cougar coach Hayden DeLano said. "We get down to the 1 and we turn it over, and it was eerily similar to being in Howells in September. We had a second-and-goal at the 1 and didn't score. That will haunt you; you've got to make those plays if you're going to win state."

Cross County put together its best drive of the game in the final 90 seconds of the first half but fumbled it away inside the Howells-Dodge 10.

It turned into a 26-0 Jaguar lead with 10:29 remaining in the third on a 9-yard Belina run. The Cougars finally found points just over four minutes later when Lundstrom hit Izaac Dickey for a 13-yard touchdown pass.

Cross County then forced a three-and-out and looked to have some life but failed on a fourth-and 13 at its own 28 with 1:43 left in the third. Belina essentially put it away three plays later on a 16-yard run for his final score of the game.

The final points were scored on a 25-yard touchdown pass from Belina back to his quarterback on well-designed misdirection play with 9:39 left in the game, and a 25-yard pass from Lundstrom to Cory Hollinger with 2:56 to go.

"It's a great feeling. We've been waiting for this for a long time," Belina said. "Coach Speirs has won a lot, and now we've won it again for him."

Howells had nine state titles and 10 appearances in the title game prior to combining with Dodge. Dodge raised six state championship trophies before 2012.

Every group is a little different. Speirs said this one will be remembered for its drive and desire.

"How hard these guys. How much effort they played with," he said. "Today we played with tremendous effort."

Alongside Kurt all the way: Frenzen family soaks in Lakeview championship

Kelly Frenzen couldn't be there the night her husband achieved the greatest feat of his young coaching career. Earlier in the week, she gave b…

'Some groups just have it': Family environment key to Lakeview success

Cross County coach Hayden DeLano approached his team after the semifinal win at Hitchcock County and jokingly told them to settle down.

Omaha Westside rallied from a first-half deficit to win its 24th consecutive game, knock off Bellevue West and gain a chance to repeat as Class A state champion.

Lakeview football players have had to learn how to dress faster since early September.

KEARNEY – Adam Van Cleave doesn’t have a name for the move that leaves so many defenders in the dust. After he used it once again on the bigge…

Alongside Kurt all the way: Frenzen family soaks in Lakeview championship (copy)

Editor's note: This story first published in the Nov. 26, 2021, edition of The Columbus Telegram. Stay up-to-date on local happenings and help… 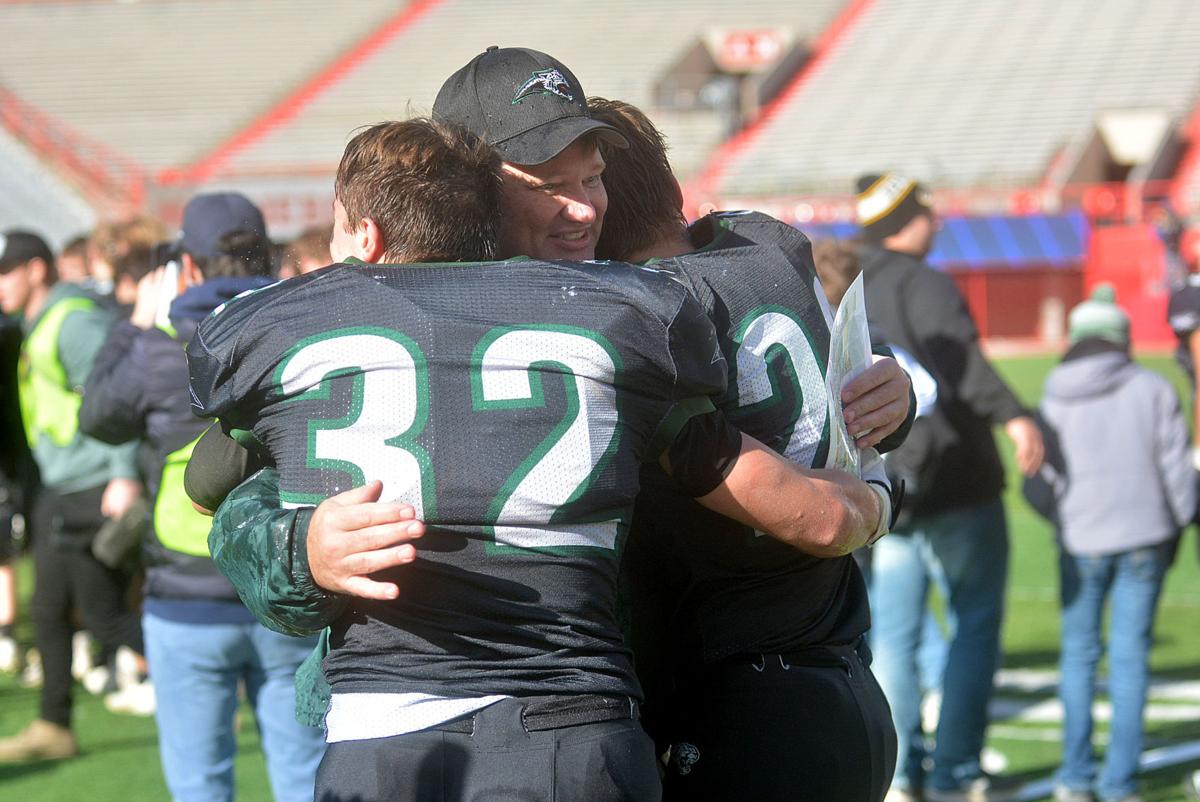 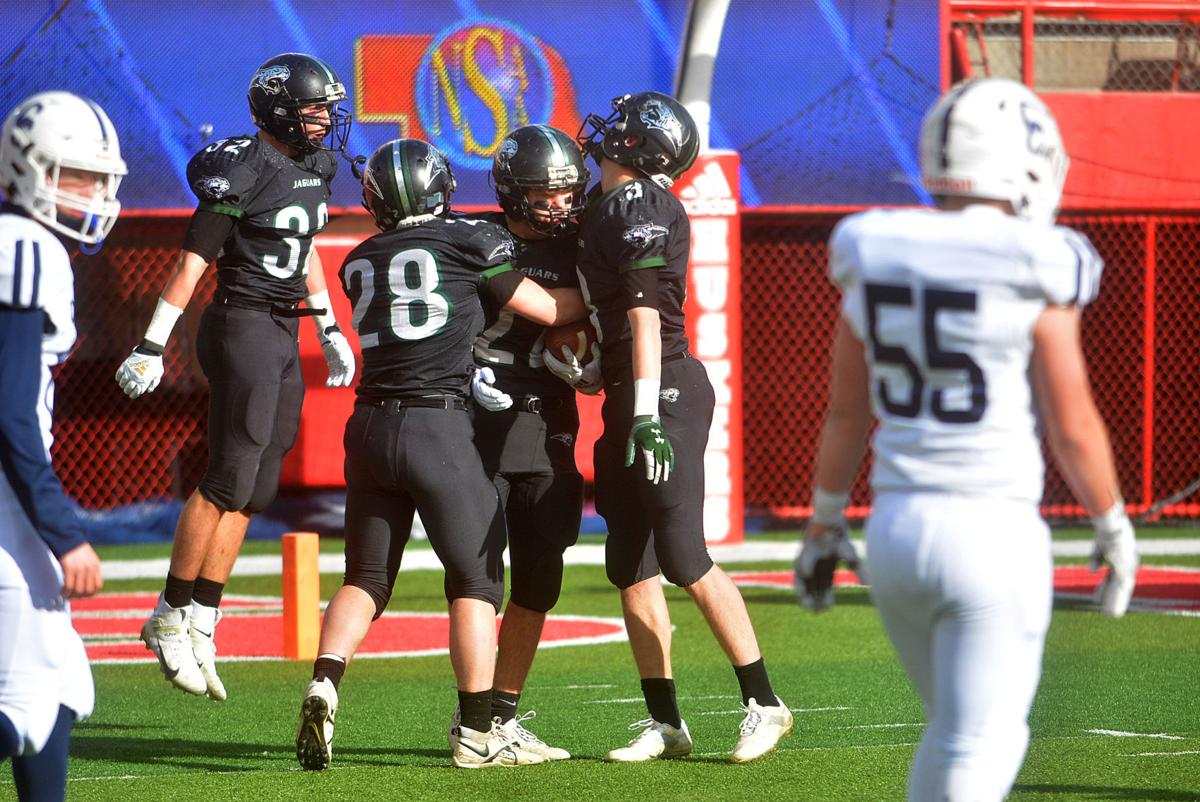 Levi Belina (22) is joined in the end zone by teammates, from left, R.J. Bayer, Jestin Bayer and Lance Brester after one of his four touchdown runs in Monday's D-1 state title win over Cross County. 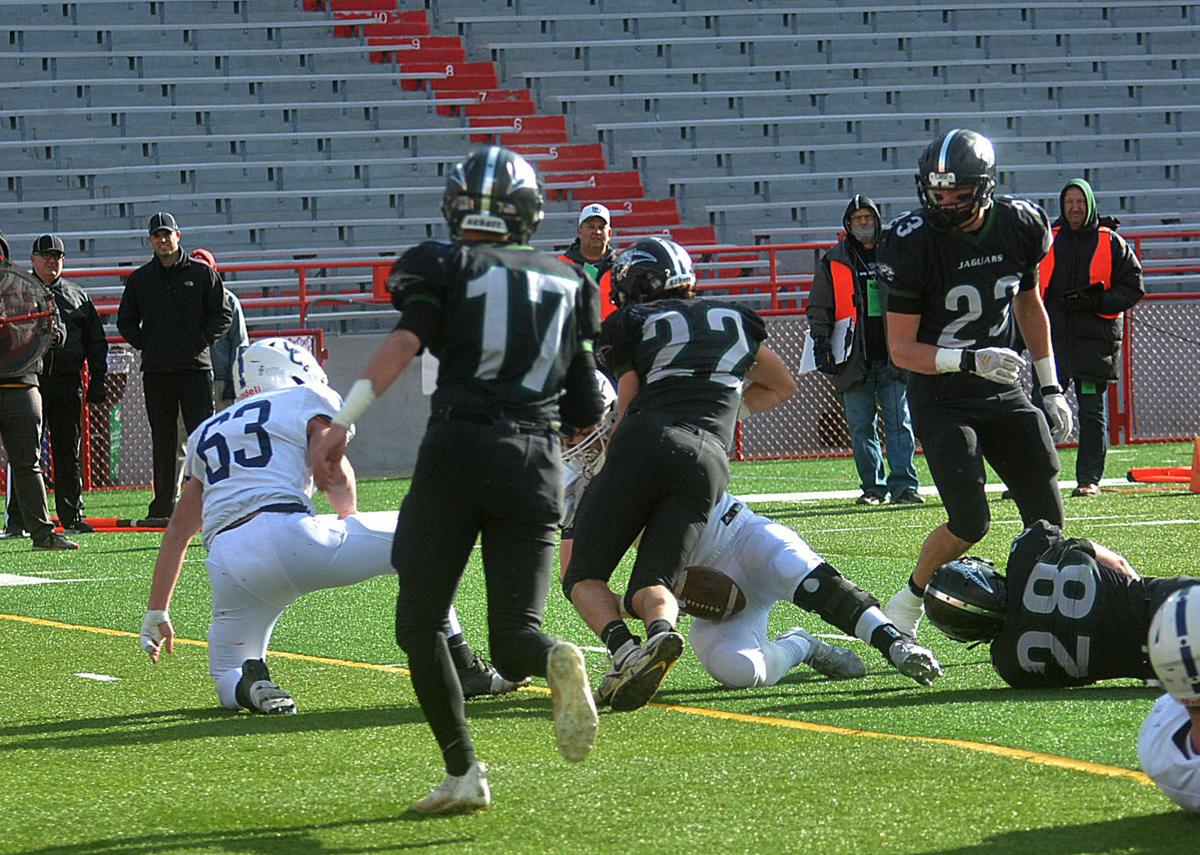 Howells-Dodge senior Blake Sindelar saves a touchdown and forces a fumble at the 1 in the first quarter of Monday's Class D-1 state title game at Memorial Stadium. 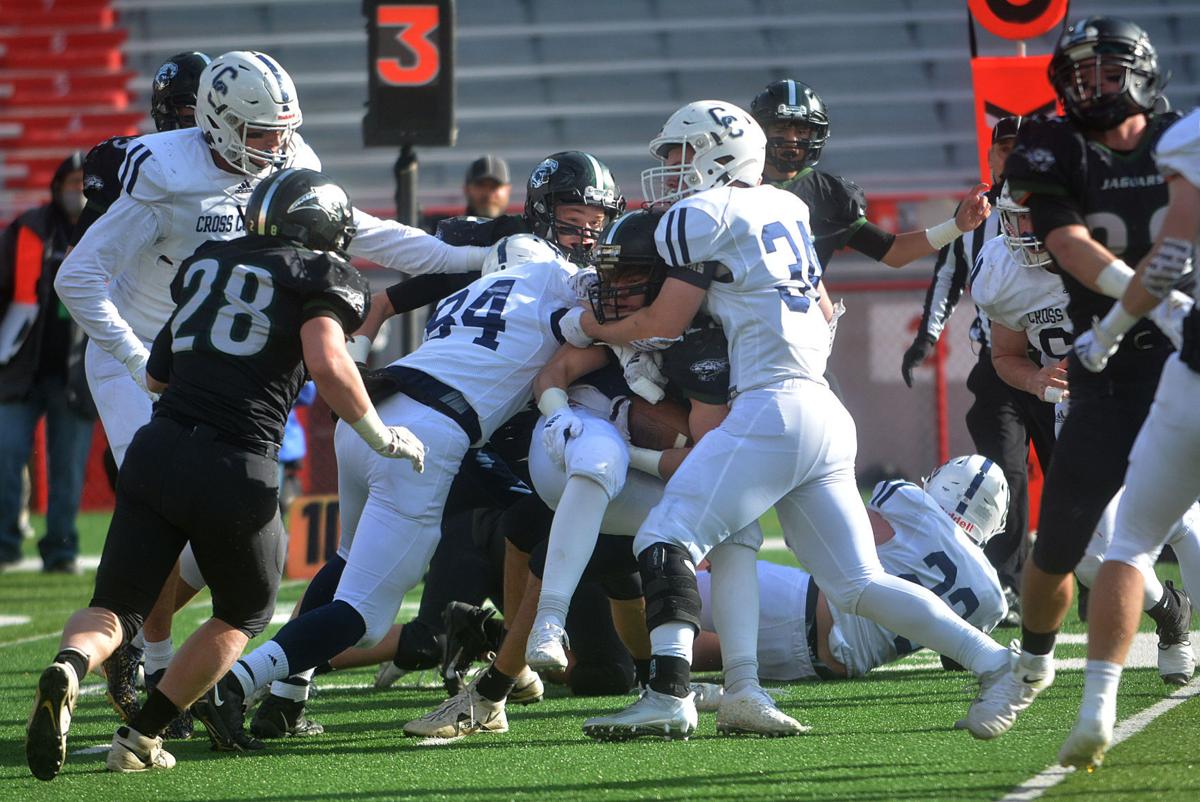 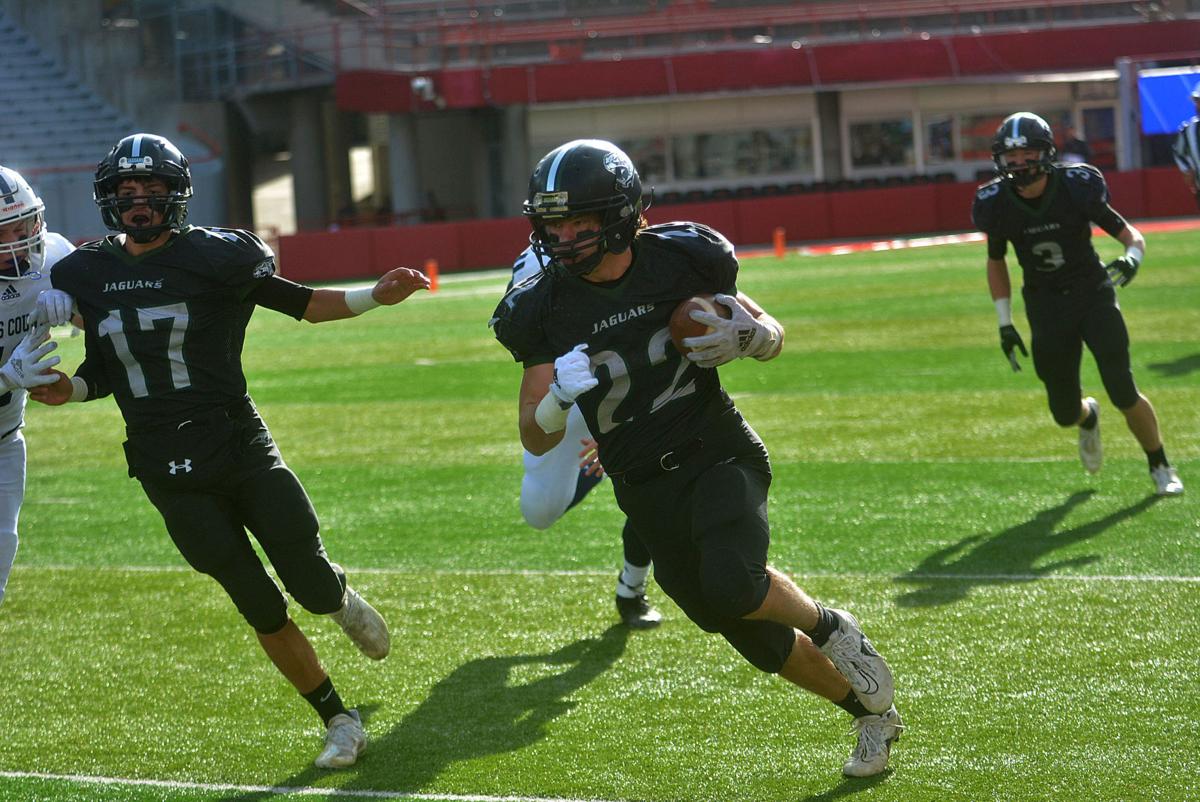 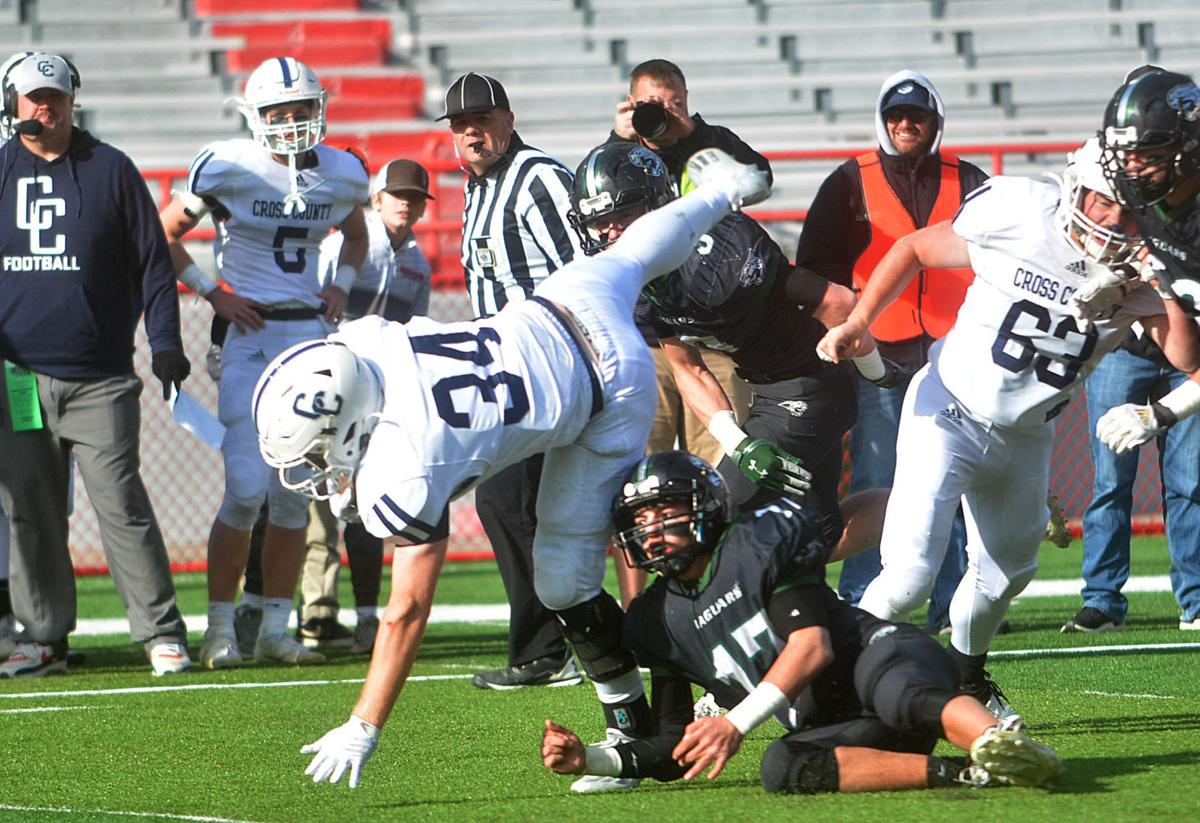 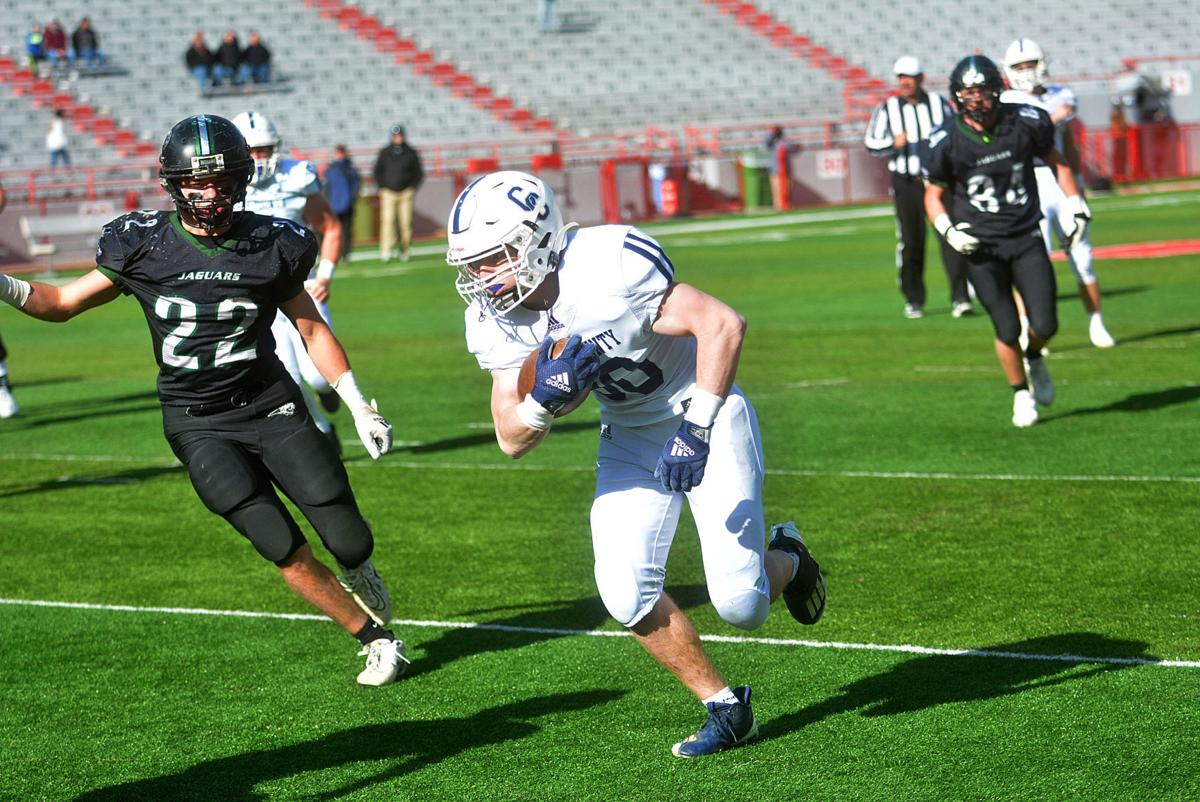 Cross County sophomore Izaac Dickey turns up field after a catch for a 13-yard touchdown in the third quarter of Monday's Class D-1 state title game. 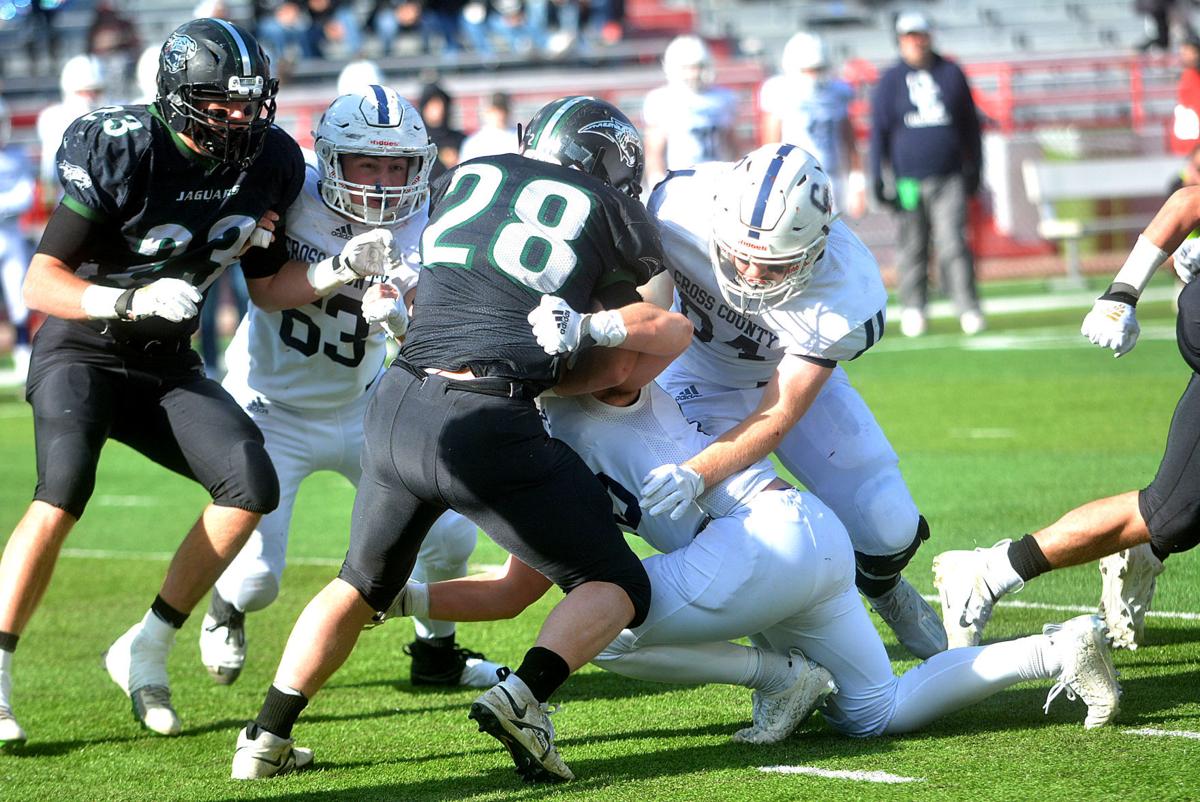 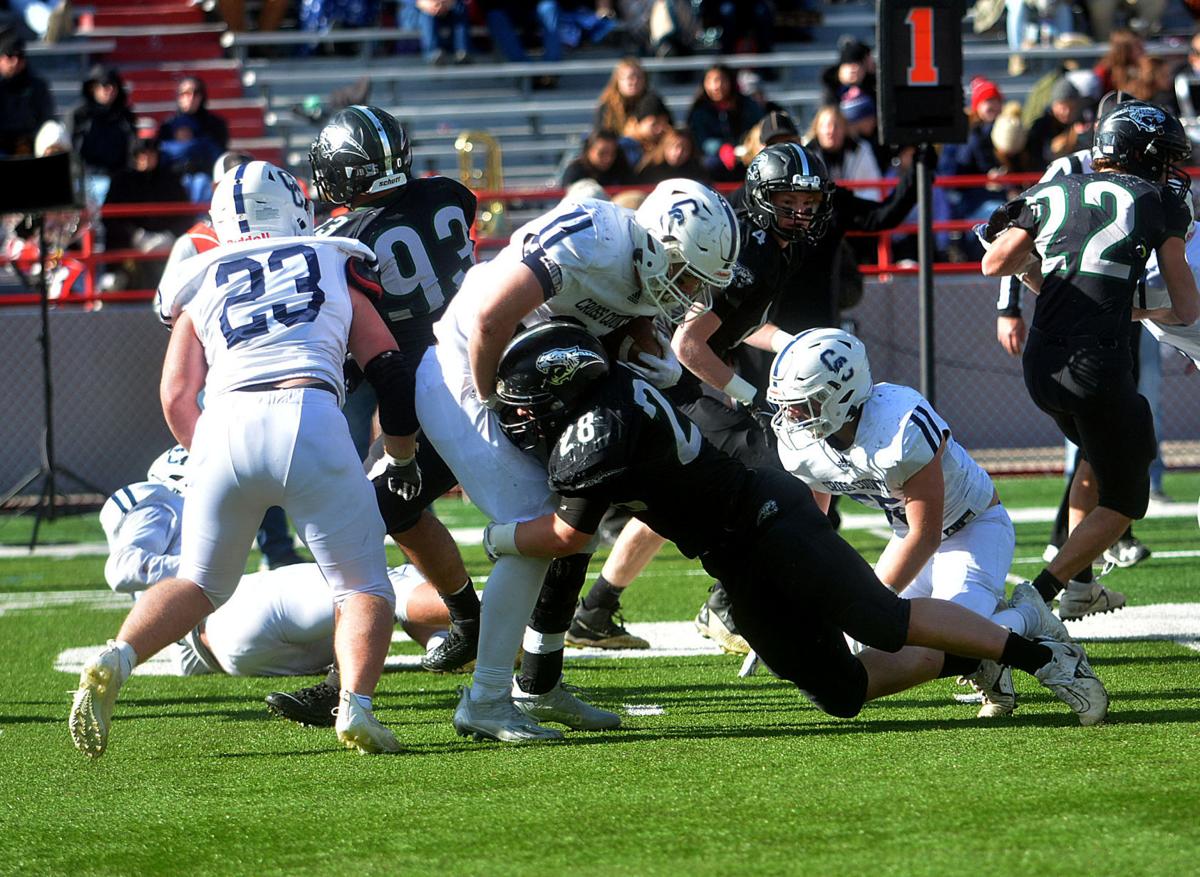 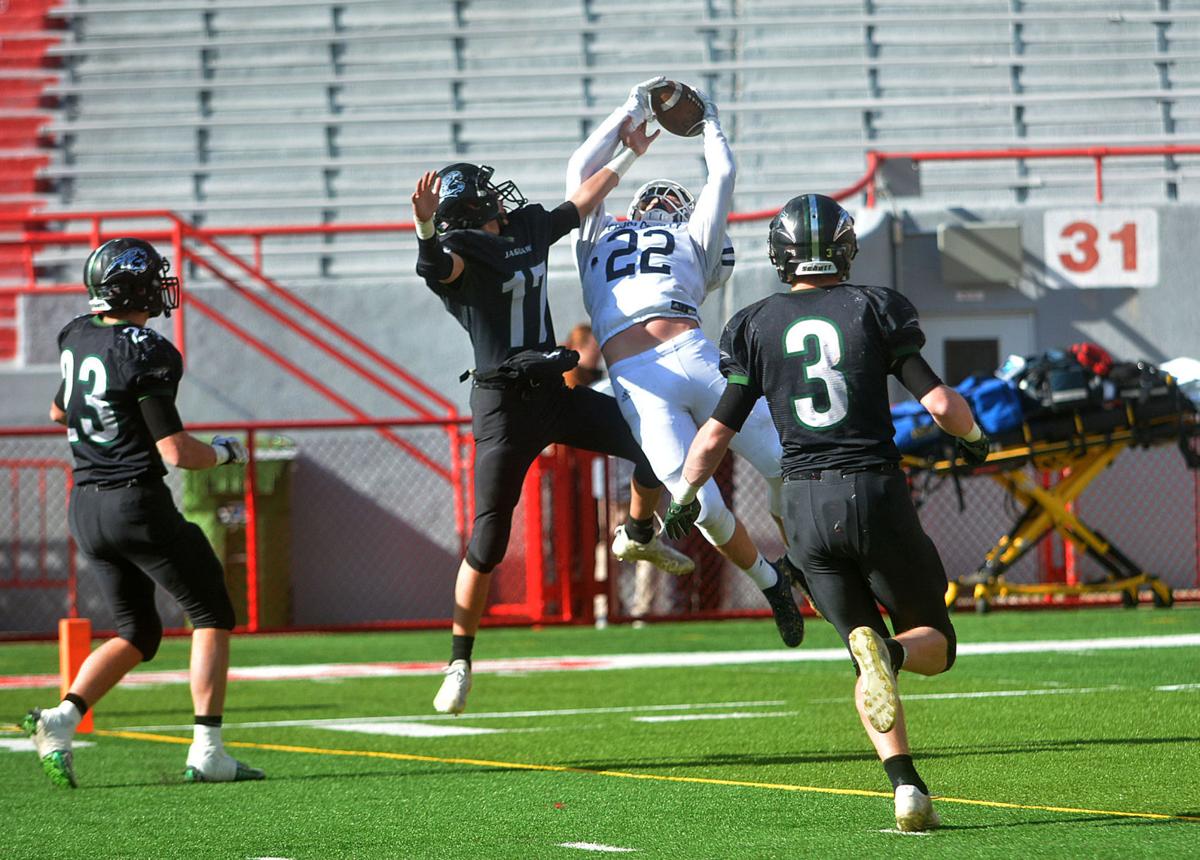