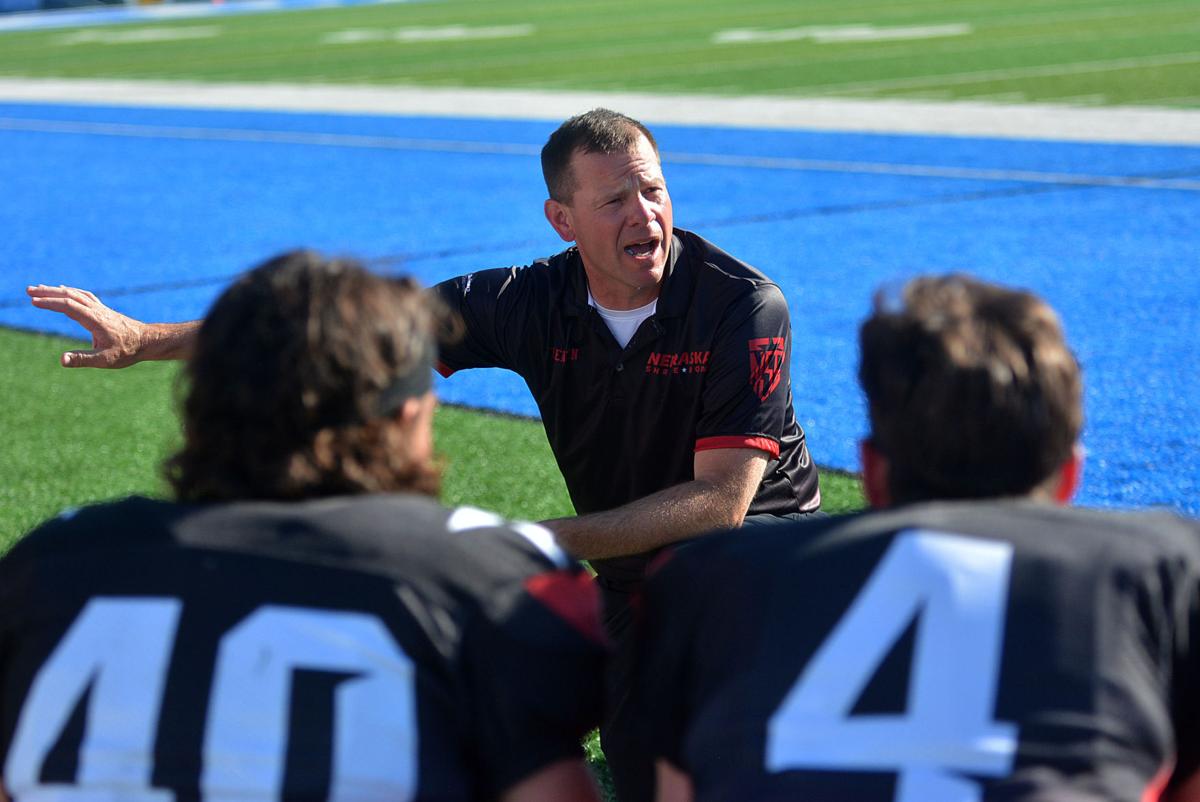 Lakeview head coach Kurt Frenzen speaks to the North Team offense after the opening touchdown on Saturday at the Shrine Bowl. 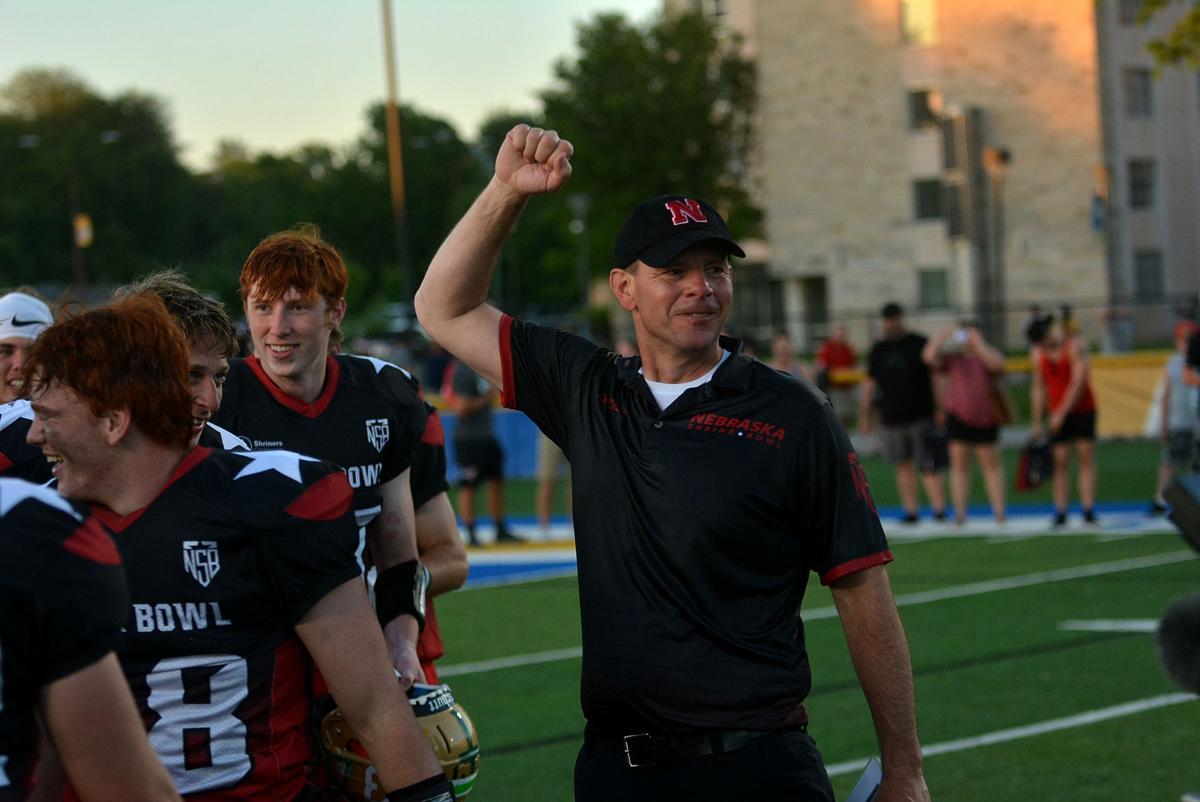 North Team head coach Kurt Frenzen pumps his fist after sharing a few hugs with players following the conclusion of a 10-3 win for his team at Saturday's Shrine Bowl.

There may have been more than a few skeptics who doubted his ability to lead a roster overflowing with talent when Lakeview head football coach Kurt Frenzen was named a Shrine Bowl head coach late last summer.

Especially for those in the metro areas, there was almost certainly attitudes of doubt. Perhaps even from his own roster there was some initial apprehension about playing for a guy who coaches in Columbus.

'Who is this career guy from Lakeview who has yet to win a state title? How can a dude from a small program with a handful of playoff appearances possibly know how to get the best out of guys from Class A and Class B?'

Based on what the North Team did Saturday, and everything that went into it the five days before that, Lakeview might want to consider making more of an investment in a guy who should be on the radar of every major program potentially looking to make a change.

OK, OK, so it was a 10-3 game. Yeah, there weren't a lot of entertaining plays to be had on Saturday in Kearney.

But for someone who spent the last half of the week living, eating, going to practice, attending events and moving around the players and coaches on the third floor of Randall Residence Hall, there was something special going on that everyone involved will always appreciate.

Teams take on the personality of their head coach. That was never more apparent than when the North fought, scratched and clawed its way to a win against a roster with arguably more playmakers.

"To have this much talent and get them going, somewhat, in the same direction is pretty satisfying as a coach," Frenzen said after the win.

Lakeview has occasionally been blessed with enough players to make a deep run into the playoffs. Like any program, the Vikings experience cycles of good, average and otherwise.

Frenzen earned the 100th win of his career last fall in his 20th season in Columbus. He has nine trips to the playoffs and one to the state semifinals in 2013.

It's not a resumé that jumps off the page until considering what Lakeview was prior to his arrival. There were three trips to the playoffs and a 1990 state championship game, but mostly there was bad football.

The history of the Vikings on the gridiron should be written B.F. and A.F. - before Frenzen, after Frenzen. Lakeview has never been the same since 2001 when he put the coaching whistle on north of town.

Three days around him and the North Team for nearly every moment of those 72 hours provided some insight to how Frenzen has left an indelible mark on the program and put it on a more competitive footing.

The Shrine Bowl is an all-star game. There's a certain level of preparation that has to go into it simply because of the nature of football. How coaches and players approach that preparation can reveal a lot about their capabilities to teach, inspire and shape a diverse group into one unit.

Frenzen has always had the capacity to fire up a team with his words. The talk he gave following Saturday's walk through and the much more fiery one in the locker room just north of Foster Field a few hours later won't soon be forgotten by anyone who heard the message.

But emotional and uplifting locker room speeches are mostly a thing of Hollywood movie scripts. It rarely makes a difference in the outcome.

What made the difference Saturday was the path Frenzen had carved out in the days prior.

"They've probably got more name brand players? That's OK, we respect that and look forward to the challenge. So the other team is chirping and doing little things to get under our skin? That's fine, we'll store that frustration up for later when it can be useful.

"We're going to play with great emotion but not let that emotion get the better of us. We respect everyone and fear no one."

The attention to detail was consistent. Outside of practice, meals and events, Frenzen and the staff were considering and reconsidering schemes and strategy. At practice, expectations for performance were set very high, and that never wavered when the days dragged on.

It was probably more than some players expected for a glorified exhibition, but Frenzen didn't just hand down edicts and rule with an iron fist. Constant communication, learning about the players' personalities and asking for feedback showed the group he was with them in the foxhole.

He and the staff were working constantly to give the team its best chance for success. That bore fruit on Saturday when 45 guys who are part of the two or three best players on their hometown team, and some of the best in the state, put aside individual glory for collective greatness.

"It’s a lot of work, it really is, but with that being said, in that short amount of time it’s amazing what kind of bonds kids can make with each other, and our guys did that this week," Frenzen said. "I couldn’t be more happy for them. I was very pleased to see them finish off this win in a tough fashion like they did."

Lakeview and football fans from the area should be happy for Frenzen, too. Although he's rarely on the type of grand stage that was provided in Kearney, he showed that he can be a leading man whether that stage is a community theater or under the lights on Broadway.

No matter what Kurt Frenzen achieves for the rest of his career, anyone who's had the pleasure of working with him, playing for him or cheering for him should count themselves lucky to have crossed paths with one of the more unknown and underappreciated leaders in Nebraska high school football.

Lakeview head coach Kurt Frenzen speaks to the North Team offense after the opening touchdown on Saturday at the Shrine Bowl.

North Team head coach Kurt Frenzen pumps his fist after sharing a few hugs with players following the conclusion of a 10-3 win for his team at Saturday's Shrine Bowl. 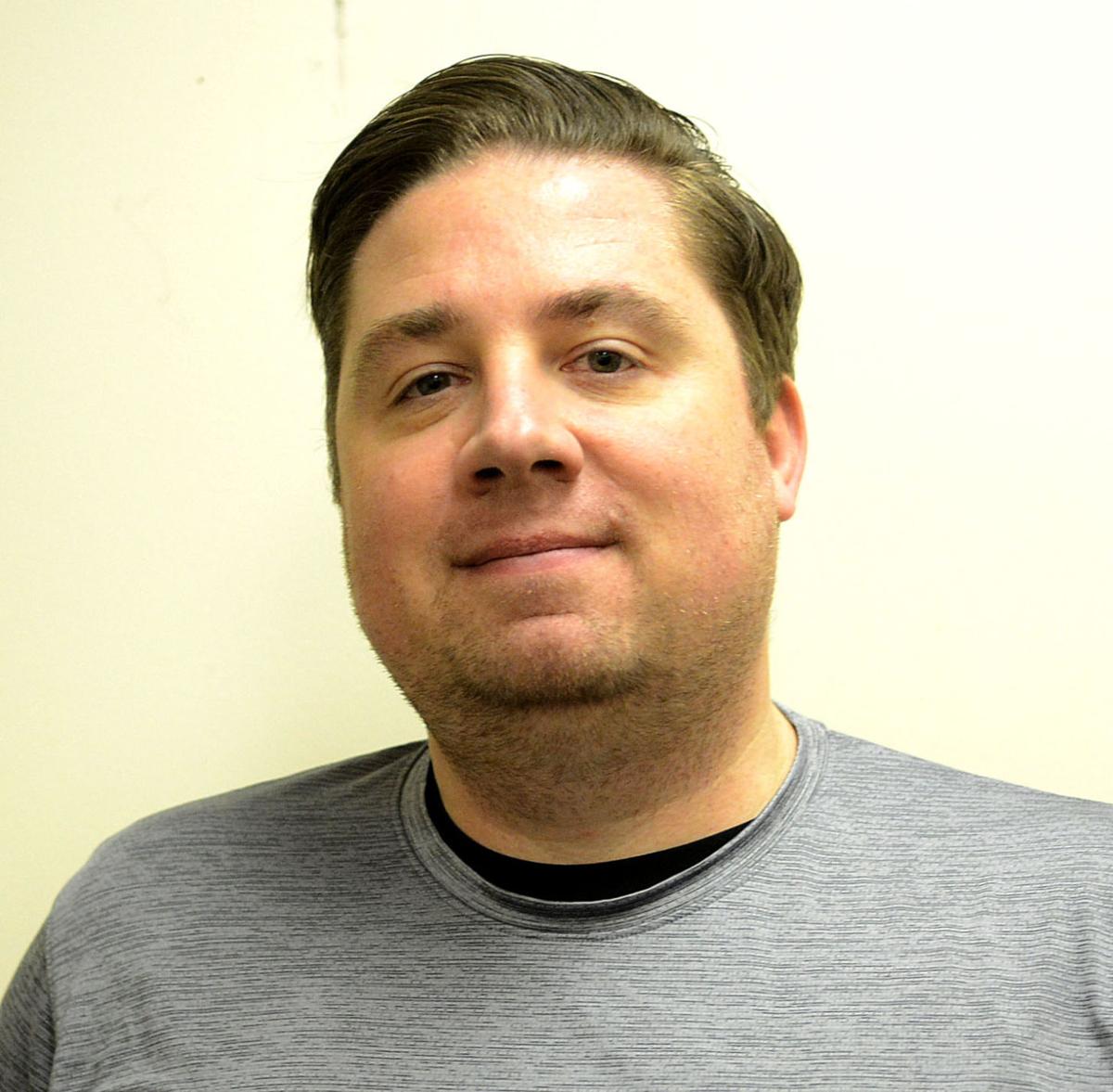