If third-quarter profits were way up at grocery stores around Columbus, corporate bookkeepers have the Oakley family to thank.

Following a trip to the Kansas State football camp this summer and advice by the coaching staff, Scotus Central Catholic senior Garrett Oakley made a focused effort to put on weight.

It changed every part of his lifestyle including his sleep patterns. Oakley couldn't simply rest for seven or eight hours in a row and allow himself to waste away. So, there he was, oftentimes at 2 or 3 a.m. spreading peanut butter and jelly over slices of bread for a late-night snack in the family kitchen.

But for as tedious as the hardships might have been, they paid off earlier this fall when Oakley switched his commitment from Northern Illinois to the Wildcats.

He verbally committed to Northern Illinois with an understanding from both parties that he was still on the lookout from a power five offer. When it came, Oakley had his self-confidence vindicated.

"I knew I could compete at that level," Oakley said. "I just needed to get my name out there a little bit more."

Once there, offensive line coach Conor Riley told Oakley he liked what he saw but that he'd need to get bigger.

From June 20 to July 31, Oakley dedicated himself to the weight room and a meal plan. There was little about it that sounds enjoyable, but that's just Garrett Oakley. The "trust the process" cliché that's often tossed around too much fits his personality to a T. His six-week grind was hard but also invigorating.

He returned to Manhattan at the end of July for a visit and had increased his weight from 197 pounds to 214. Once coaches saw him on film the first few weeks of the season, they could confirm that he maintained the speed, athleticism and physicality he had shown as a wide receiver. It became a no-brainer.

Oakley watched the Nevada game, had a call and an offer the next day, made calls to Northern Illinois then announced it publicly on Sept. 21.

"Power five, not very many high school kids have that opportunity," Oakley said. "I'm blessed, and I also like that it's closer to home; that played a big role. The facilities are amazing, I love campus, the business school is pretty new, that was all great. I love the coaches, I went out to lunch with the tight ends coach on my visit and got to know him."

Oakley said K-State and Northern Illinois have similar visions for his potential and utilization in the offense, but there also looks to be more opportunities for tight ends with the Wildcats. K-State runs double tight ends in most of its formations and uses the tight end on the end of the line, wide out and in the slot.

"I'm looking forward to making some plays," he said.

Oakely is currently a major part of a 7-0 season at Scotus that has the Shamrocks ranked No. 5 in Class C-1. He moved from wide receiver to tight end and has maintained his role as a pass catcher while expanding it as a blocker.

He made the commitment to find his way to a power five school, but said it wouldn't have been possible without those around him, especially mom and dad, Chad and Michelle.

"As much as I was eating, they were going to the store every other day getting food for me and doing whatever I needed," Oakley said. "They knew it was a dream of mine to go to K-State because since June I've been working for this opportunity. They were always on my side and ready to help."

If you have to ask the question, you haven't been paying attention. At least that's the attitude coach Craig Williams and his team have had si…

The high school season is one week away from the playoffs in classes A-C-2 while D-1, D-2 and Six-Man wrapped up the regular season last week … 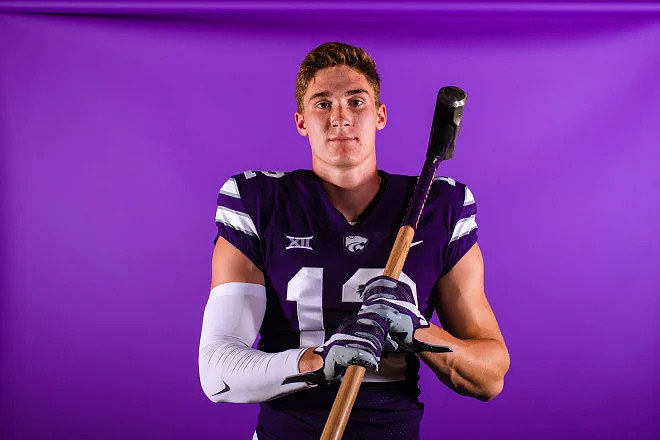 Garrett Oakley takes a photo in uniform while visiting Kansas State for football camp in June. Oakley committed to the Wildcats last month. 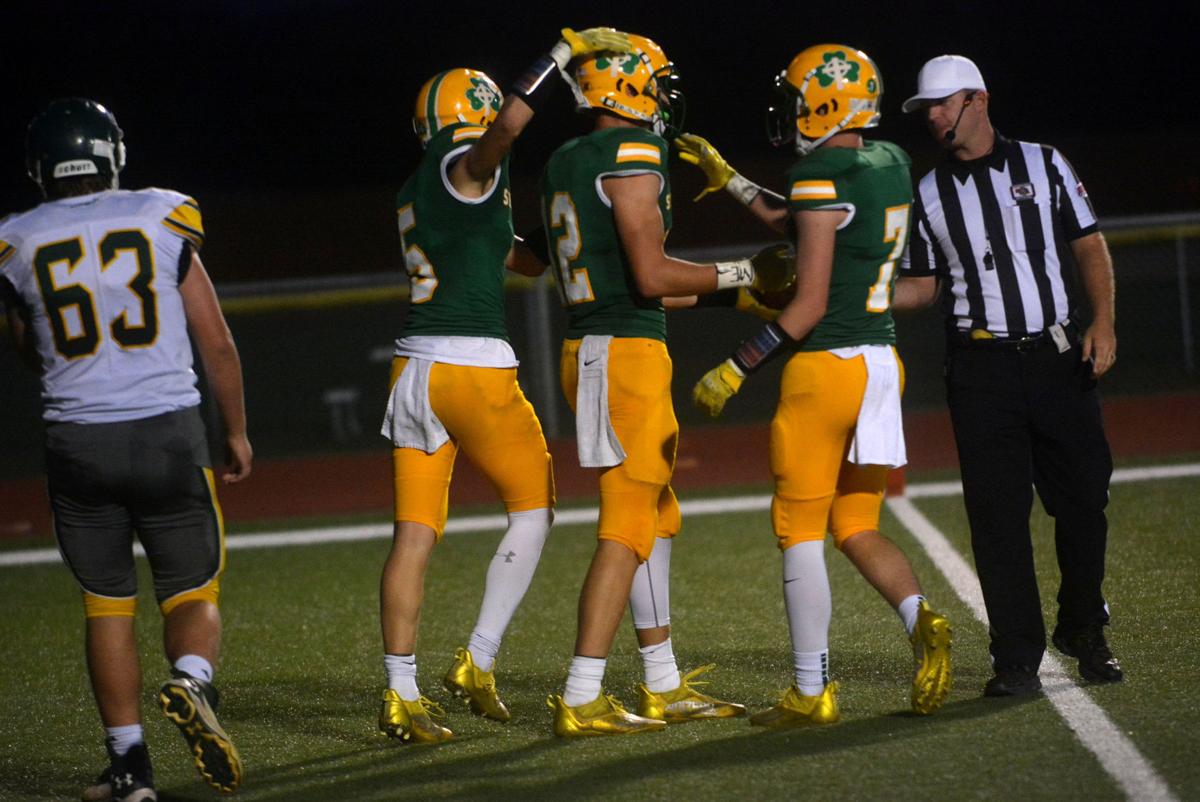 Jack Faust (5) and Nolan Fleming (7) greet Garrett Oakley in the end zone last week after he ran back a punt for a touchdown against Schuyler.