Scotus Central Catholic dominated both sides of the ball Friday night in a 49-0 road win at West Point-Beemer. It's the largest shutout win for the seventh-ranked Shamrocks since Sept. 3, 2020, when they defeated Omaha Concordia 61-0.

After scoring one touchdown in the first quarter, Scotus scored 14 points in each of the final three quarters.

"I liked the fact that our kids showed up to play fast right away. We came out of the gates fast. We did stall right away on a turnover on downs, but defensively we played lights out right away," Shamrocks head coach Tyler Linder said. "Special teams, we had a great outing and performance all game long and our offense finally found a rhythm on our second drive. We didn't really turn back from there."

Trenton Cielocha completed 4 of 5 passes for 39 yards and two touchdowns. Jackson Heng caught his first touchdown of the season on the pass from Faust.

Scotus surpassed its season points total in Friday's game alone. It scored 48 points in the first three games before dropping 49 on the Cadets.

"I really thought our offensive line made a huge step in the trenches. Our running backs were really in sync with what the guys up front were doing," Linder said. "I thought Henry Ramaekers and Jack Faust had phenomenal games and Eli Jarecke even got in there and got some great reps. Just really happy with the way our guys gelled and put together a complete performance."

Heng, Max Wemhoff and Caleb Cameron recorded the three takeaways. Heng and Wemhoff intercepted one pass each with Wemhoff returning his pick to the end zone. Cameron recovered a fumble for a touchdown.

"Anytime you pitch a shutout in a high school football game, you've done something right. I really felt our guys performed extremely well on the defensive side of the ball," Linder said. "We really kept an option team in check. They didn't have really any big, explosive option runs. We were able to force a couple of turnovers and scored two defensive touchdowns, so it was a great night defensively."

The Shamrocks opened the scoring on a trick play. After receiving a backwards pitch from Cielocha, Faust threw a 21-yard pass to a wide open Heng in the end zone with 1:44 remaining in the first quarter.

On the first play of the second quarter, Ramaekers received the ball on a shotgun snap and rushed it 42 yards to the end zone, doubling the lead to 14-0.

Later in the quarter, Cielocha completed a pass to Faust on a wide receiver screen. Thanks to a couple of blockers downfield, Faust scampered into the end zone untouched for the 18-yard score on 4th-and-3 with 4:53 remaining in the half. Scotus led 21-0 at halftime.

West Point-Beemer opened the second half with possession. On the first play from scrimmage, Fehringer punched the ball loose on an option outside run. Cameron recovered the loose ball in the end zone, increasing the lead to 28-0.

Cielocha connected with Faust on a play action pass in the back corner of the end zone for an 11-yard touchdown completion with 5:07 remaining in the third.

Jarecke scored his first touchdown of the season, running the ball up the middle on a shotgun snap from 7 yards out to make it 42-0 with 3:50 remaining. Just 62 seconds later, Max Wemhoff scored on a 37-yard pick six to put the finishing touches on the victory.

Scotus improved to 3-1 on the season. It opens district play Friday at winless Arlington.

"We still got a lot of room to grow. We're happy but not satisfied. We got to keep getting better," Linder said. "There's a very high ceiling for this team and although we played really well, there's always room for improvement. Happy, but not satisfied."

Friday night's district opener between Lakeview football and Wahoo featured a defensive slugfest for three quarters. Both teams scored once on…

For the third time this season, Scotus Central Catholic limited its opponent to under 10 points as the Shamrocks opened district play with a 3…

There's a big game Friday night. But ratings and districts, in the grand scheme of things, won't mean all that much to two of York's key figures.

Discoverers shut out at North Platte

Columbus High football struggled to get its offense going in Friday's game at North Platte. The Discoverers totaled just 108 yards with 70 yar…

Spartans pull away late to defeat Discoverers in district opener

Area football: Jaguars explode for 66 points in win against HLHF

HOWELLS - Howell-Dodge continued to prove why they're the No. 1 team in Class D-2. The Jaguars dominated all three phases of Friday's game aga…

Boone Central earned its first shutout win of the season Friday at West Point-Beemer. The sixth-ranked Cardinals scored 22 points in the first…

Scotus Central Catholic, ranked No. 8 by the Lincoln Journal Star, concludes non-district play Friday with a trip to West Point-Beemer.

John Cook, "It Gives Us Time to Connect"

John Cook, "It Gives Us Time to Connect" 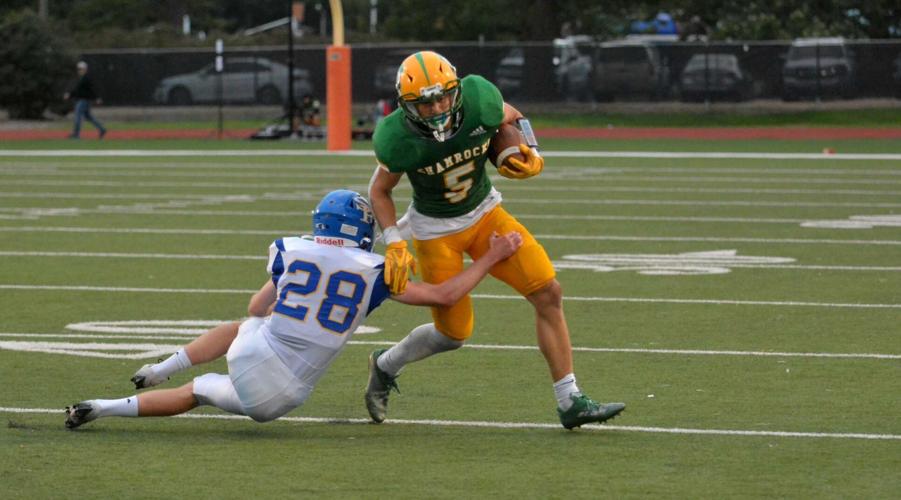 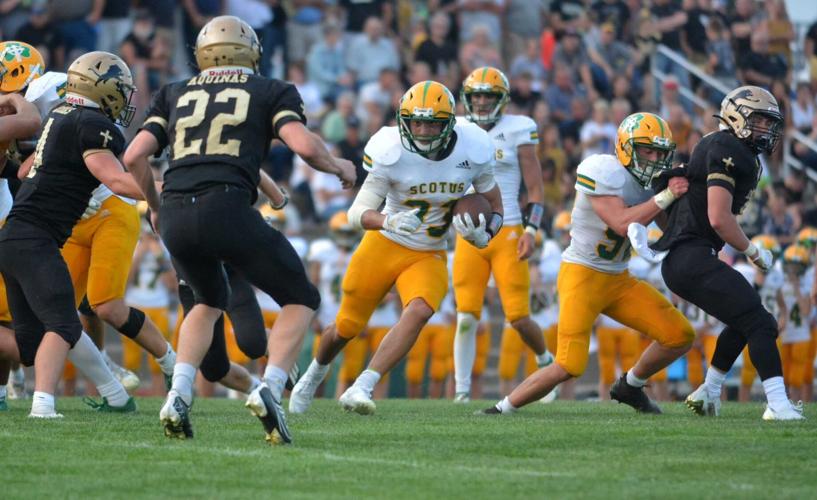