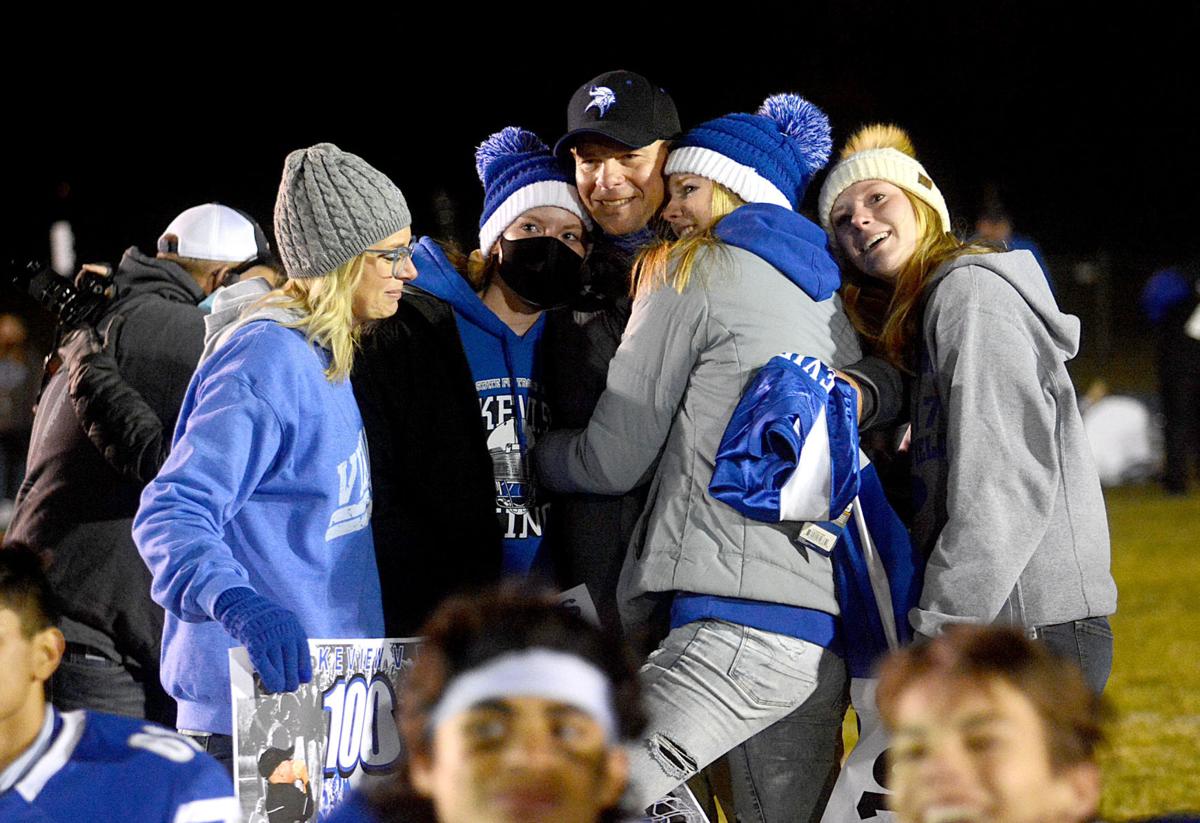 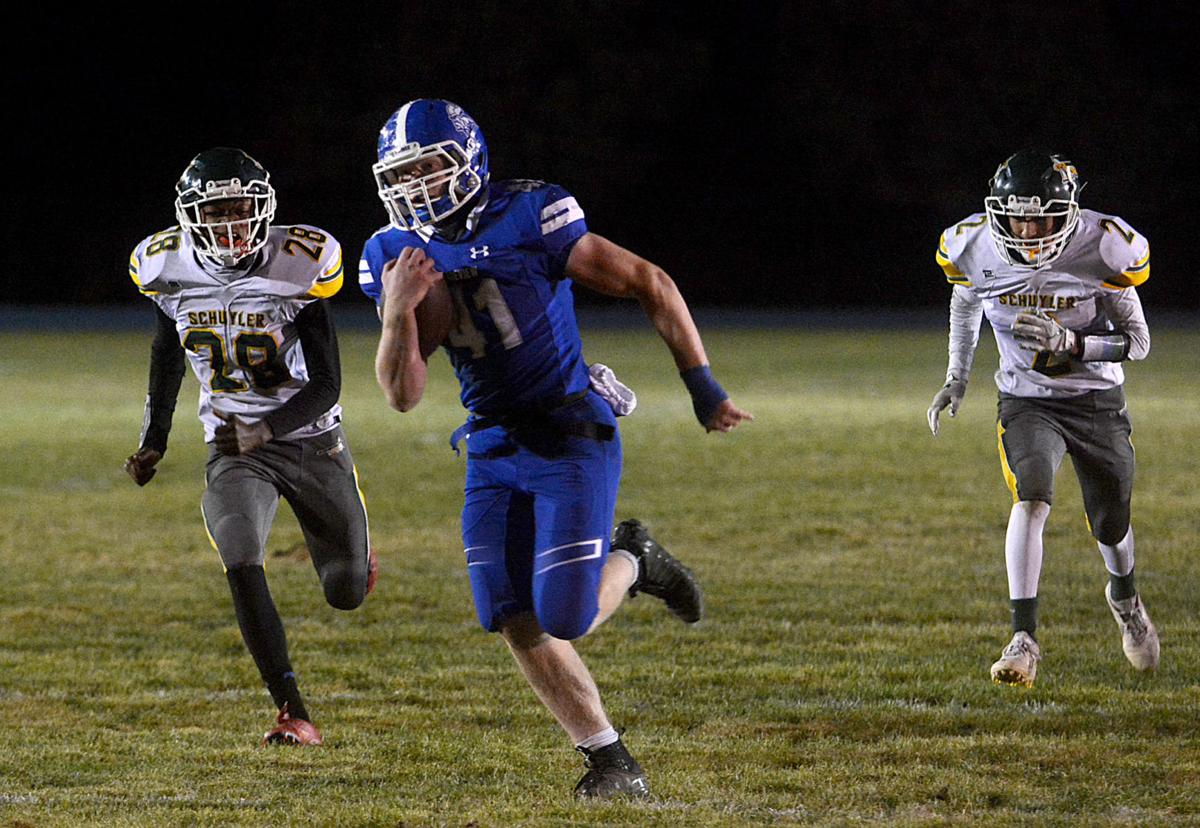 Lakeview running back Landon Ternus breaks free for a 29-yard touchdown in Friday's 62-0 win over Schuyler.

The spark Lakeview football found in a comeback win last week over North Bend ignited into a full blaze Friday at home against Schuyler.

With a chance to earn their coach a milestone victory, the Vikings left no doubt whether or not planned postgame festivities would commence in a 62-0 win over the Warriors. The victory gave head coach Kurt Frenzen the 100th of his career, one he hadn't taken note of until filling out pregame information earlier this week.

It also ties for the largest win of the season, identical to a 62-0 win over Boys Town in Week 1. Since then though, Frenzen and his program have dealt with the frustrations of a five-game losing streak for the second year in a row.

There was none of that Friday. After coming back from a 14-0 deficit at North Bend last week and winning 42-21, Lakeview scored 28 first-quarter points Friday night and had reached the running clock at halftime with a 49-0 lead.

The Vikings piled up 448 yards of offense, 311 on the ground and had seven different players score touchdowns.

Adam Van Cleave, as he has been all season, was the most effective weapon in the Lakeview arsenal. Van Cleave accounted for three touchdowns, one in the passing game and two on the ground.

Quarterback Kolby Blaser hit Van Cleave for a 60-yard touchdown pass on the first Viking drive of the game and Lakeview was off and running. Austen Smith found the end zone on a 17-yard run, Brock Mahoney scored on a 10-yard carry and Blaser found Mason Viergutz for a 24-yard touchdown catch, all in the first quarter.

Logan Jaixen made it 35-0 on an 11-yard run, Blaser went in from two yards out and Van Cleave scored on a 5-yard run the final play of the first half for a 49-0 cushion at the break.

Van Cleave broke around the left side for a 22-yard score in the third and Landon Ternus broke free up the middle in the fourth to complete the Lakeview scoring.

Schuyler managed just 43 yards, 25 on the ground, fumbled twice and threw one interception.

Blaser hit on 6 of 7 passing for 137 yards and two scores, Smith picked up 89 rush yards on seven touches and Van Cleave had 70 on the ground, 92 through the air and three catches.

"Coach Frenzen has been around a long time," Blaser said. "Being a part of the group that helped him go through this means a lot to all the guys."

"It's pretty special (to win 100 games at the same school). It doesn't happen much anymore," Frenzen said. "I appreciate what the Lakeview community has done for me and my family. They've been really patient with me and let me be who I am. I'm a tough-love kind of guy, and they let me use that tough love on their sons, and let me lead that way throughout the years."

Frenzen won his first game in 2001 at Logan View 14-7. Since then, he has led the program to nine playoff appearances. Lakeview had only ever been to the postseason three times before Frenzen arrived 19 years ago. His 2013 squad quarterbacked by Jack Shadley, now the head coach at Sandy Creek, made it as far as the semifinals.

The announcement of Frenzen's milestone was made over the public address system while he was speaking to the team in the south end zone. Assistant coach Jeff Bargen presented Frenzen with a football jersey numbered 100, and a fireworks show that lasted several minutes shot off in the northwest corner just a few moments later.

Dozens of former players and coaches were on hand to share in the moment.

"I shed (a tear), you just probably didn't catch it," Frenzen joked. "It's emotional to say the least.

"This school and this community, all the football players through the years, they're great kids. I've just been fortunate to be a part of this for all this time."

Lakeview running back Landon Ternus breaks free for a 29-yard touchdown in Friday's 62-0 win over Schuyler.