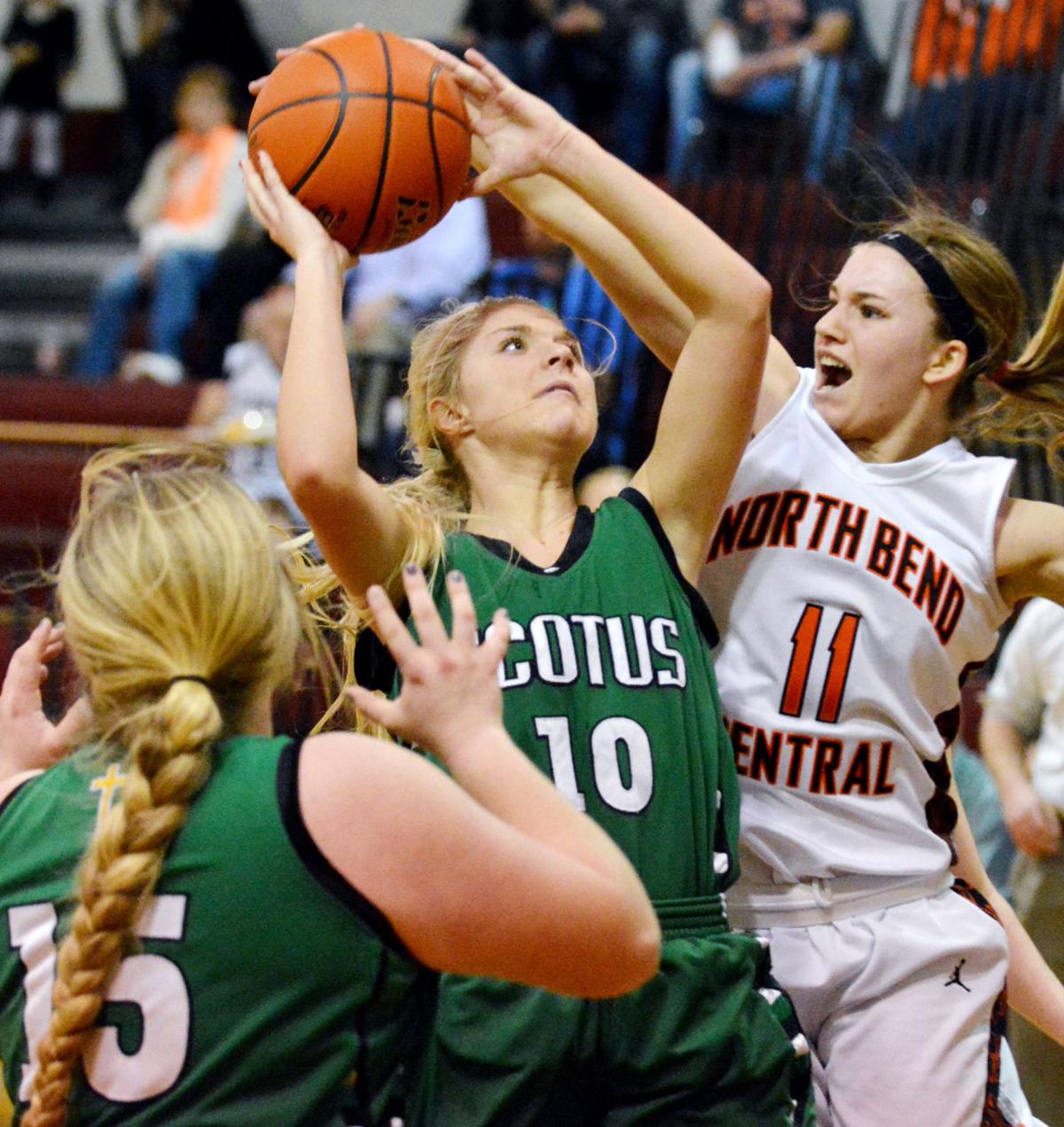 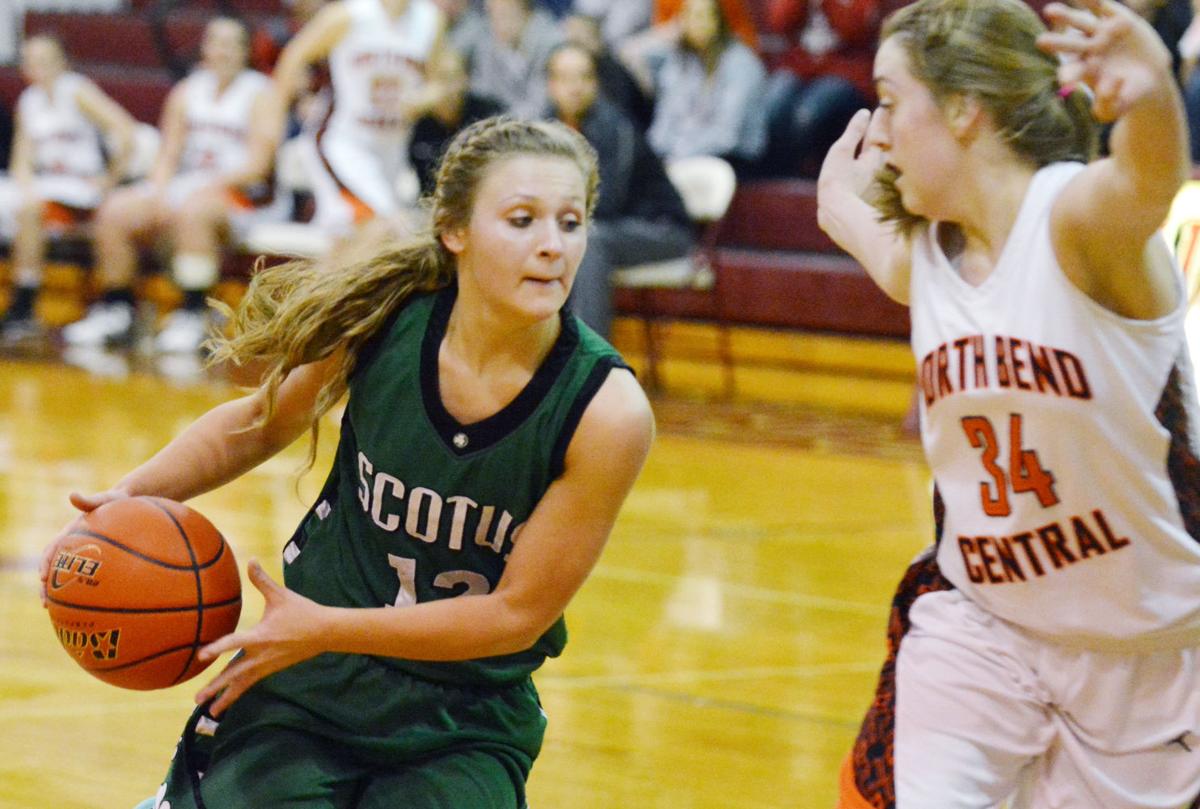 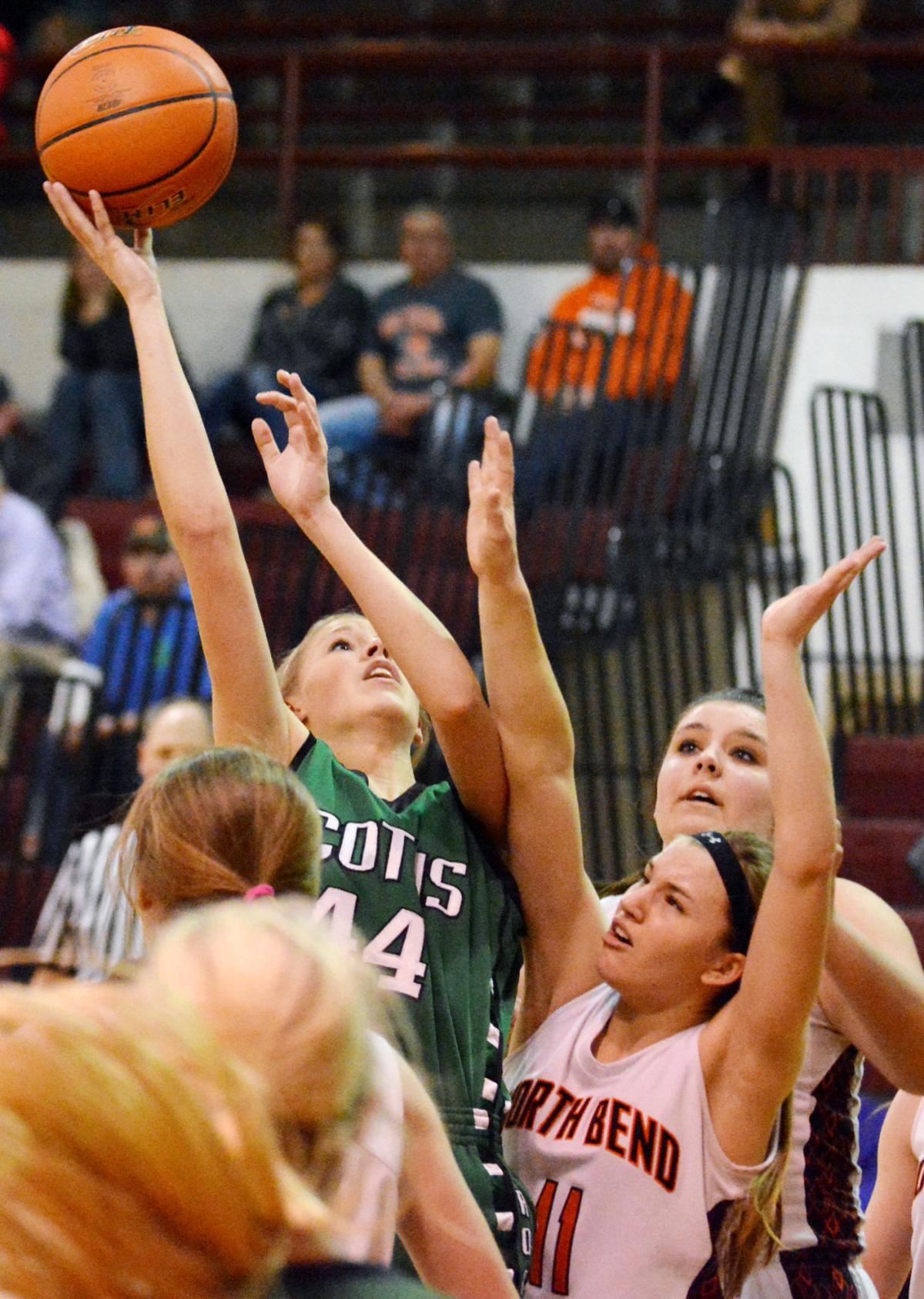 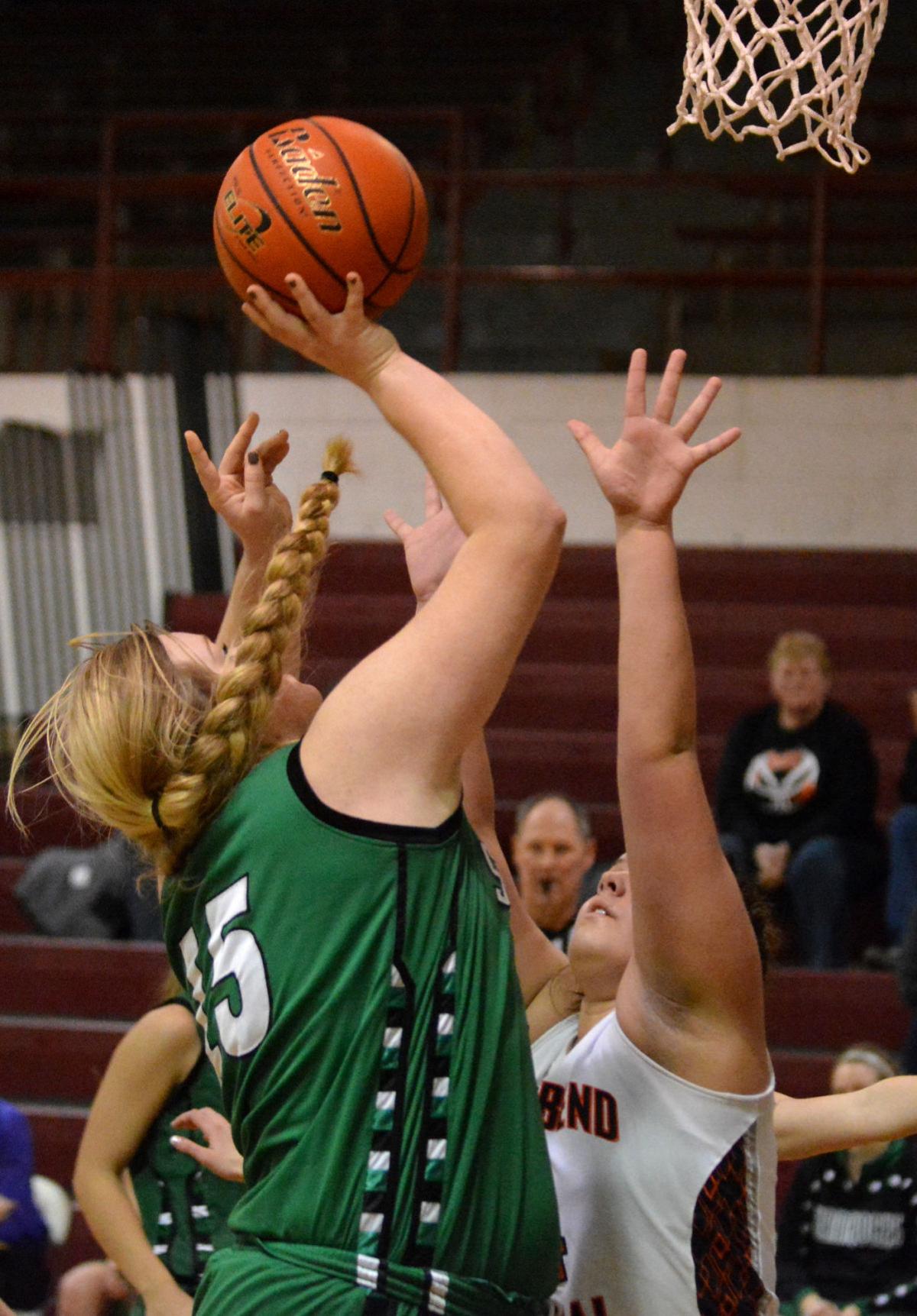 COLUMBUS — North Bend struggled from the free-throw line all game, and it cost the Tigers at the end of Thursday night’s C1-4 subdistrict final against Scotus Central Catholic.

The Tigers, who made just 4 of 16 free throws, had a chance to tie the game when sophomore Brooke Fredrickson stepped to the line with three seconds remaining and Scotus ahead 38-36. But she missed both attempts, the second intentionally, and the Shamrocks survived a last-second scramble to come away with the two-point win.

“We just stayed positive and we kept trying to make plays,” said Scotus head coach Jarrod Ridder, whose team trailed 25-19 with 3 minutes, 30 seconds left in the third quarter following a Fredrickson basket inside.

“Our kids offensively just stuck with it,” Ridder said. “We made some big plays there to get the lead.”

One of the biggest plays was an Emily Fehringer 3-pointer with less than 10 seconds left in the third quarter. The shot pulled Scotus within one at 27-26 entering the fourth and excited the Shamrock crowd inside the Columbus High School gym.

Scotus (14-8) tied the game at 35-all on a Shania Borchers free throw with 3:45 remaining in the fourth, but North Bend’s Sabrina Adams answered with a free throw of her own to put the Tigers back in front.

The Shamrocks took the lead for good on a basket from freshman Bailey Lehr and junior Emma Strecker added a free throw to put Scotus ahead 38-36 with 33 seconds left in the game.

The top-seeded Tigers (17-6) missed a few opportunities late before Fredrickson’s trip to the line.

Ridder said North Bend did a nice job of controlling the game inside, which led to offensive rebounds for the Tigers and limited looks for Scotus post Marika Spencer, who finished with six points.

“They really hurt us on the boards getting second-chance opportunities,” said Ridder, whose team went 9 of 20 at the free-throw line and led 18-16 at halftime.

The Shamrocks were able to pick up the pace offensively to complete the comeback in the fourth quarter.

Fehringer, a senior, finished with a team-high 10 points for Scotus, and sophomore Kendra Wiese added seven.

Junior Alexandria Humlicek paced the Tigers with 14 points, and Fredrickson finished with eight.

The Shamrocks will face top-ranked Lincoln Christian in the district final on Feb. 26 at a site to be determined. The Crusaders (22-1) defeated Malcolm 62-36 in their subdistrict final.

“Obviously they’re a tremendous shooting team,” said Ridder, adding that Scotus must be able to handle Lincoln Christian’s defensive pressure and slow down standout guard Chloe Dworak, who is averaging 18 points per game.