For a team that has struggled at the start of matches, Monday was the perfect scenario for Scotus Central Catholic boys soccer to begin exorcising some of those demons.

Scotus gave up the first goal in each of the previous two games leading into the first round of the subdistrict tournament against 0-13 Seward. The Shamrocks have allowed the first one in the back of the net in nine of 15 matches and only won three of those.

There was no need for a comeback on Monday when senior Ross Thorson put Scotus up 1-0 just six minutes in. Scotus led 3-0 before the match was 20 minutes old and hopes to have built some momentum for a rematch with Schuyler in the subdistrict final.

"It's pretty nice when everyone gets to contribute to a win," Thorson said. Other players who don't usually get to play too many minutes or don't get to score, when they get some goals, that's big for us."

Thorson the first and the third goal of the afternoon. Chance Bailey scored the second and fourth. Matt Dolezal had the fifth and eighth. Carter Filipi, Frank Fehringer, Evan Kiene and Bryce Follette each had single goals.

Thorson then Baily, Thorson again, Baily again, Dolezal, Filipi and Fehringer gave Scotus a huge lead at halftime. Dolezal made it 8-0 12 minutes into the second half. Kiene and Follette scored late and prevented the match from going full time though only barely. It had gone past 70 minutes when Follette's score put the mercy rule into effect.

"It's a confidence builder, for sure. We have a lot of young kids on this team. Going forward, the future is bright," coach PJ Miller said. "We lose Ross (Thorson) and Matt (Dolezal), but everybody is back. That many goals by that many players is big for this year and the years to come."

The win gave Scotus its sixth in a row and made the Shamrocks 10-6 after suffering back-to-back humbling losses to Class A teams in Omaha in mid-April.

The Shamrocks felt they benefitted from those setbacks right away, as shown by the winning streak, and have turned a corner since then in terms of understanding.

"I wasn't too worried," Thorson said. "Every year we play Class A teams, and sometimes they put us in our place, but we always find a way back. We've got to do that to be ready for times like this."

Times like this mean Tuesday's subdistrict final match against Schuyler. The Shamrocks defeated the Warriors 3-2 on April 22 in the second match following that trip to Omaha.

Schuyler was in the midst of a three-match losing streak at that point. Neither has lost since the meeting in Schuyler just about two weeks ago.

Scotus will almost assuredly need a win to stay alive in the postseason. Though SCC earned the top seed on the subdistrict bracket, Monday's victory cost the Shamrocks in the wildcard standings since the Bluejays came in 0-13. The win was worth the minimum amount of wildcard points and lowered the Scotus average.

The Shamrocks entered Tuesday's match 13th in the standings. A loss could knock Scotus out of Saturday's district final round or, at the least, mean a match No. 1 Skutt, No. 2 Lexington or No. 6 Beatrice - the top three teams in the standings. Schuyler is sixth in the standings and likely to move as long as there are not a multitude of upsets at the top of the table. There's also a scenario the two will meet again on Saturday for a trip to Omaha.

Be sure to check online (columbustelegram.com) for immediate scores and results or in Thursday's edition for a story on the match.

"We've definitely got a lot more chemistry now than we had at the beginning of the season. We have a lot of sophomores and freshmen and didn't come together as well at the start," Thorson said. "Now that we've been playing more together, we're starting to find that chemistry."

At Last...Columbus baseball returns to state for the first time in generations

Scotus girls fall in shootout after missing chances in regulation

OMAHA - Scotus Central Catholic sophomore Libbie Brezenski had the game on her foot, twice. When the game was officially on the line, she had …

Columbus High track and field athletes will have a full schedule when festivities begin Wednesday in Omaha for the Nebraska state meet.

Columbus High's district win over Lincoln East will be long remembered for several factors. The artistic value of it won't be one of them.

Lakeview track and field will have 10 athletes competing in 14 events when the state tournament begins late next week.

Scotus boys molded in the image of Thorson, Dolezal

Coach P.J. Miller and his two seniors have differing opinions about when Scotus Central Catholic boys soccer turned it around earlier this spring.

The waiting is the hardest part

It's likely that not too many members of the Columbus High baseball roster have much knowledge of Tom Petty.

Olivia Fehringer and Grace Mustard won a pair of gold medals, the Scotus Central Catholic girls collected 37 medals in total and the Shamrocks… 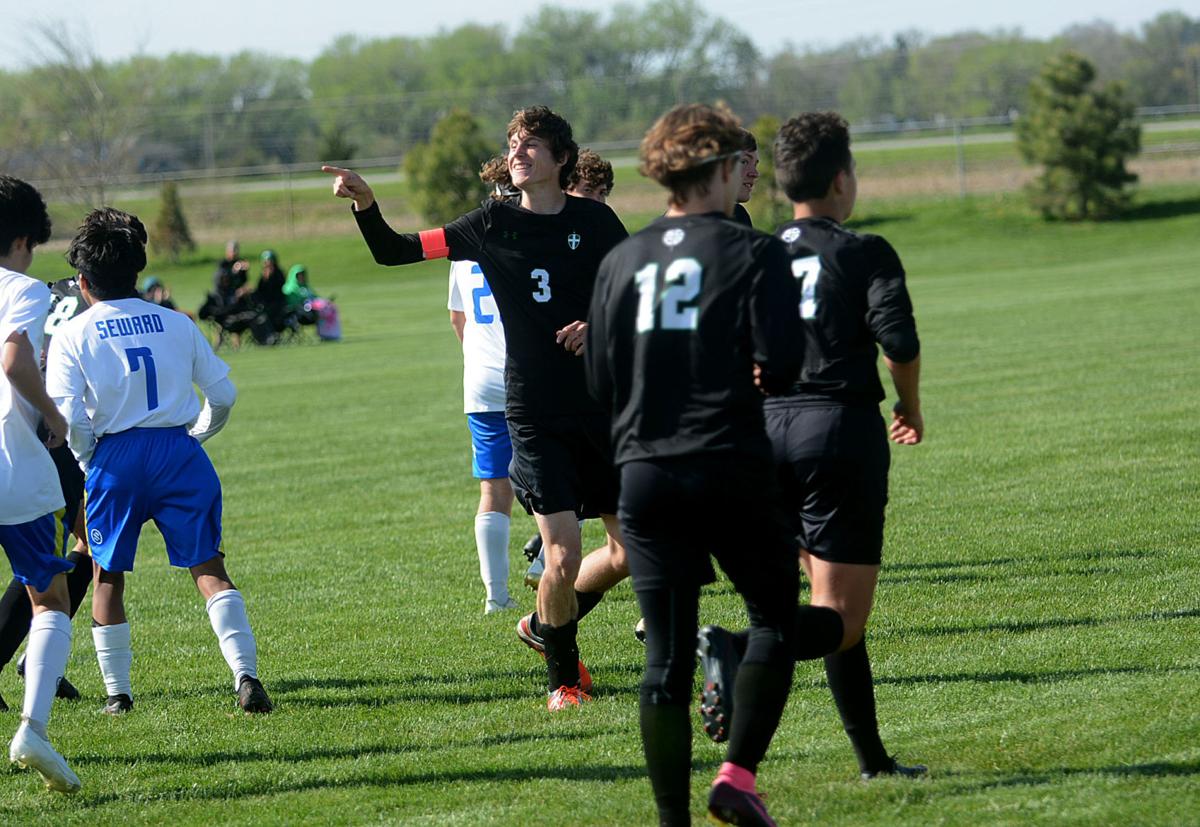 Scotus senior Matt Dolezal points to a teammate in appreciation of a pass that set him up for a goal in a 10-0 win on Monday. Dolezal scored twice and the Shamrocks advanced in the subdistrict tournament. 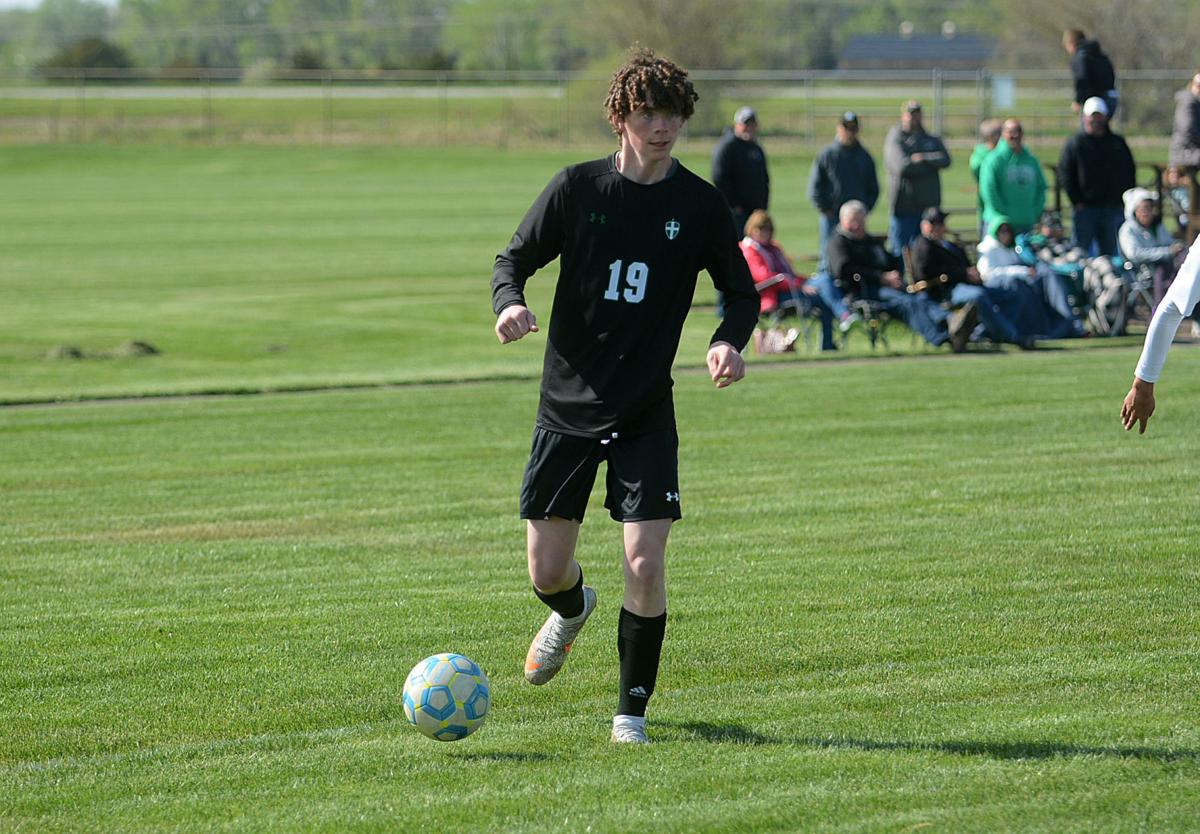 Scotus junior Ethan Wulf looks up for a target before sending a cross into the box in Monday's subdistrict win. 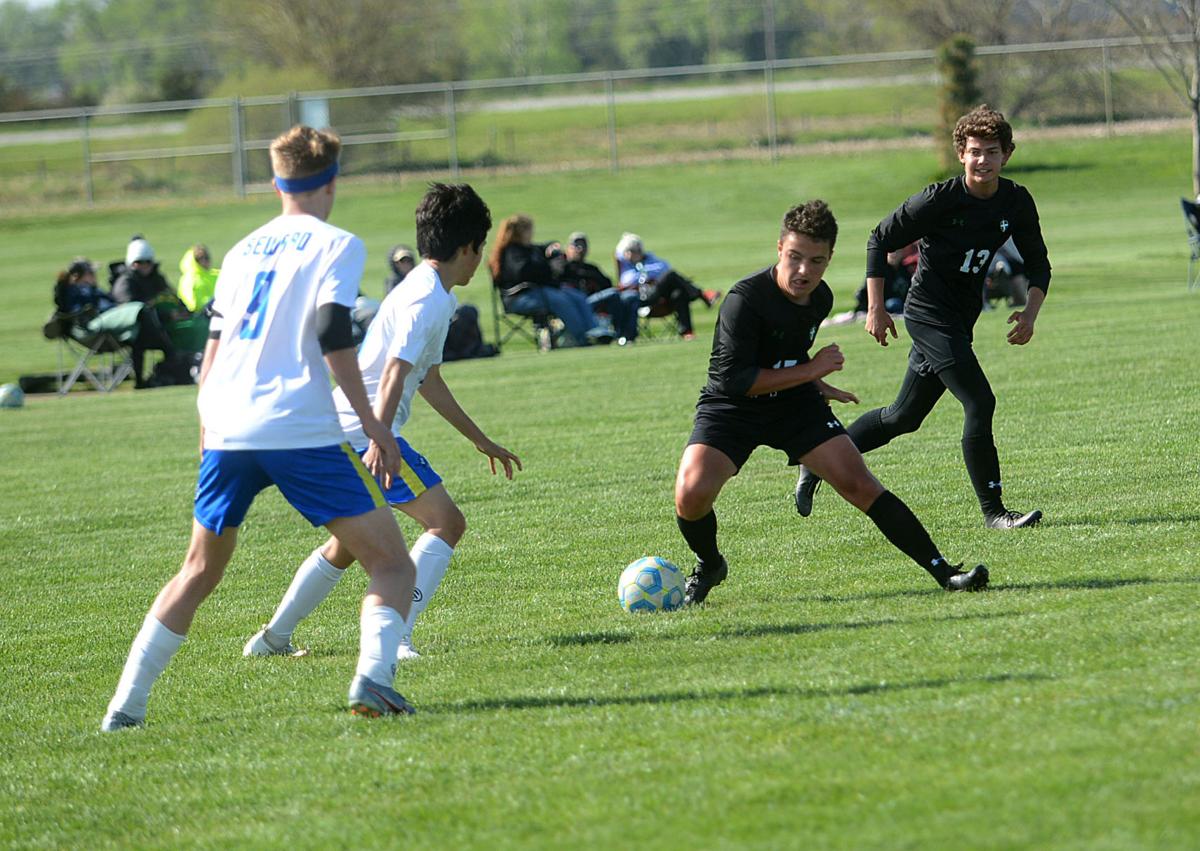 Scotus sophomore Ted Fehringer puts the moves on a Seward defender in the offensive zone in Monday's 10-0 win over the Bluejays.