Rylee Renner and Emma Riedmiller picked up wins, Tayler Braun kept her hitting streak alive and Columbus High softball won for the third time in a row on Thursday when CHS swept Kearney 2-1 and 6-4 at Bradshaw Park.

Renner improved to 7-2 on the year while Riedmiller picked up her first win of a season that now includes an 11-9 record. CHS is 7-3 in its last 10 and has passed the combined win total for the program in the first two years under head coach Kelsey Newman.

The Discoverers have also already matched their 11-win total from 2018 and Braun has had a hit in all 20 games.

Kearney eliminated Columbus from the postseason a year ago in an 8-0 district loss. This time around, Renner held Kearney to just two hits in game one and Jordyn Trotta tripled in Erin Smith in the fifth inning for the eventual game-winning run.

In game two, CHS fell behind 3-2 after a three-run third by the Bearcats. The Discoverers answered with three of their own in the fourth then ended the game with the tying runs on base and an excellent defensive play from Smith in the outfield.

While this many wins at this point of the season might be new territory for almost everyone on the roster, Newman said the success is a result of concentrating on the here and now.

"Today we talked about, approaching seven games on the weekend, that we were just going to focus on today and today only. We take it day by day," Newman said. "Yeah, we've got a lot of things to look forward to on the back half of the season, but we've got to focus on every day; what we can do every day to control our game."

CHS took the early lead in the opener when Braun doubled, advanced on an error then scored on Danica Taylor's sac fly to center field. The lineup failed to generate another hit until Trotta's triple in the fifth.

But while the offense was struggling, Renner was not. She retired the first seven she faced until a single in the third. A passed ball then an error at third tied it up. She only gave up a hit, hit a batter and walked one the rest of the way.

A two-out error in the seventh put the tying run at first but Renner worked out of it with a ground ball to second.

Renner came in for the seventh and talked the leadoff batter but a fly ball to left with two on turned into one out on the catch by Smith then a pickle between Kudron at third, Braun at short and the Kearney baserunner.

Columbus hosts Beatrice, Norfolk and Elkhorn at home on Saturday then plays a doubleheader against Fremont on Monday.

"Rylee pitched a heck of a game. Kearney couldn't touch her pitches, and Kearney is a good hitting game. She definitely won that game and the defense backed her up," Newman said. "In the second game, Emma did a great job. The defense was behind her and looking for that second play to make an out."

Top of the lineup punishes Central pitching in CHS win

Columbus recovers but not in time to upset East

Columbus High softball waited nearly three weeks before it finally had a home game. The Discoverers have also been waiting three years for a w…

Columbus High used the combination of pitching and defense to pick up two wins, and nearly make it three, on Saturday in Norfolk. The Discover…

Columbus High and Lakeview softball combined for three run-rule victories Tuesday. The Discoverers swept a doubleheader at Lincoln High. They …

Columbus High coach Kelsey Newman put her squad through a mental exercise at practice on Wednesday, one the team wasn't completely aware of.

Columbus High softball will have to wait a few more days for its first win of the season.

The five seniors chosen to speak at Media Day for Columbus High softball said all the right things.

CHS settles for split at Southeast

Columbus hopes for a doubleheader sweep at Lincoln Southeast on Thursday were dashed by a late offensive surge from the host Knights.

Columbus saw its most successful softball season in six years come to an end on Thursday in Gretna in a 4-3 loss to the state's top-ranked squad. 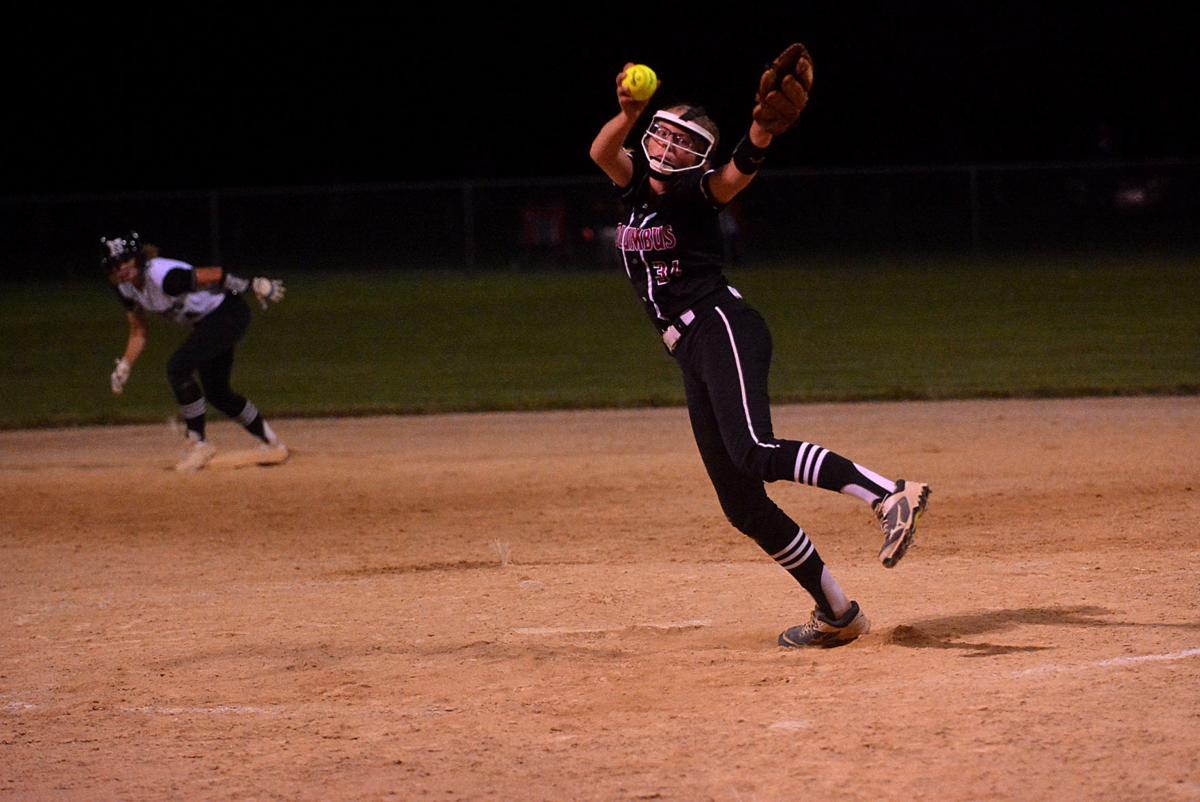 Columbus High junior Emma Riedmiller goes through her windup for a pitch in a win against Lincoln Northeast at home on Sept. 7. Riedmiller picked up her first win of the season in game two of Thursday's doubleheader against Kearney. 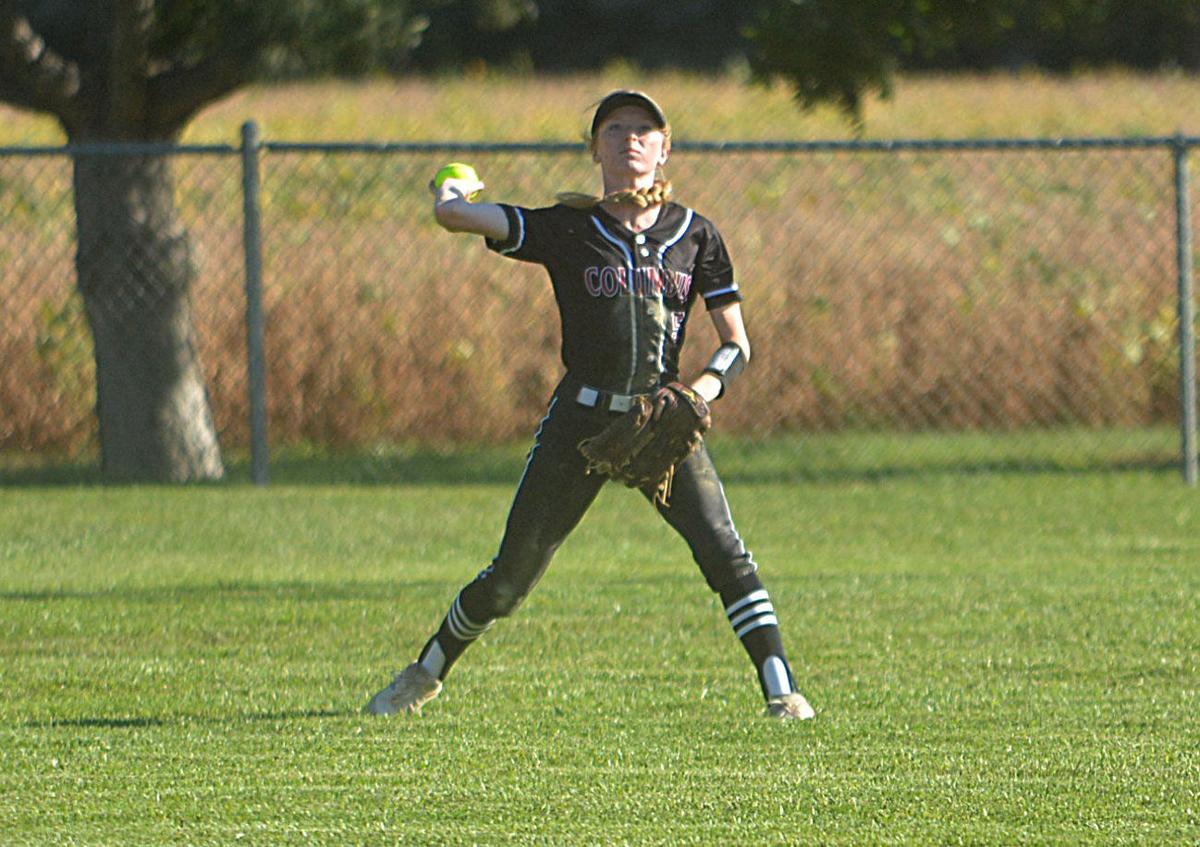 Columbus senior Erin Smith makes a throw to the infield from left in a home game on Sept. 7. Smith made a catch on Thursday that started a double play to end the second game in a doubleheader sweep of Kearney.