She was trying her best not to give away any nervous ticks or signs of anxiety. When Hannah Allen first went out to the mound as a freshman for Lakeview softball, everything was a blur.

It was the first game of the year and she took the circle with her team already in a huge hole and didn't make it all that much better. She threw 31 pitches, gave up seven hits, six earned runs and walked one.

Most astounding about that outing, considering where she is now, is that she didn't strike out a single batter. Just an inning of work doesn't provide much of an opportunity, but it's still an interesting fact to consider based on what's happened since that day.

Fifty-one games later and she has already reached 233 career strikeouts including 169 this year - a new single season program record.

"As long as I've known Hannah I've known that she has a drive for softball, so it hasn't surprised me that she's improved as much as she has," coach Jasey Reinhart said. "Even coming in last year, she was surprising with how good she was. But then all the work in the offseason and in the summer and the work with her pitching coach, she's very goal driven. She sets goals for herself, and she's a stats pitcher. She looks at her numbers and she knows where she's at."

Allen tossed in relief the first two appearances of her career and made her first start at a weekend tournament against Weeping Water where she went five innings and earned the win with just two hits, a walk and 10 strikeouts.

If the first time out there wasn't any indication of future potential, the first start certainly was. She went on to record at least one strikeout in all but three of her remaining starts.

Allen had at least one K in every appearance this year other than a third of an inning against Aurora in the final regular season game. She struck out 10 or more hitters four times included 14 against Aquinas Catholic and 13 against David City in back-to-back starts in a Sept. 14 triangular.

Allen has played with several of the girls on those rosters in the summertime and took some minor satisfaction with striking out her friends.

"I find a mindset when I'm warming up, then we I go out there I do it like it's just me practicing out there," she said.

She also emerged as one of the top hitters on the team, driving in 19 runs, fifth-best on the team, scoring 20, drawing a team-high 15 walks and putting together the third-best on-base percentage at .410.

A big help was Paxton Lusche. Lusche moved to catcher in the offseason and quickly developed into a reliable, trustworthy battery mate.

"Last year we didn't talk much, but this year we worked together during the offseason and built up a relationship between us that spread out to the rest of the team," Allen said.

Lakeview went 17-10 this past fall and reached the program's highest win total in 12 years. Several factors led to that; everyone was better than the year before, and that's certainly true for Allen.

"It's crazy. I was 14 going into the season, turned 15 at the end at September," she said. "People don't realize how young that is for doing that kind of stuff."

"She's not just going to set the record and think, 'OK, cool.' She's going to use that to push herself for sure," Reinhart said. "That's the type of player that she is."

Family made softball fun, the rest came together for CHS senior Tayler Braun

Fun returned to the Discoverer dugout in 2021

Columbus High softball was one win away from playing for state this past fall. That didn't seem likely a year ago when the program won just fo…

Three members of the Titan lineup have been honored with postseason awards by the East Husker Conference and Lincoln Journal Star. 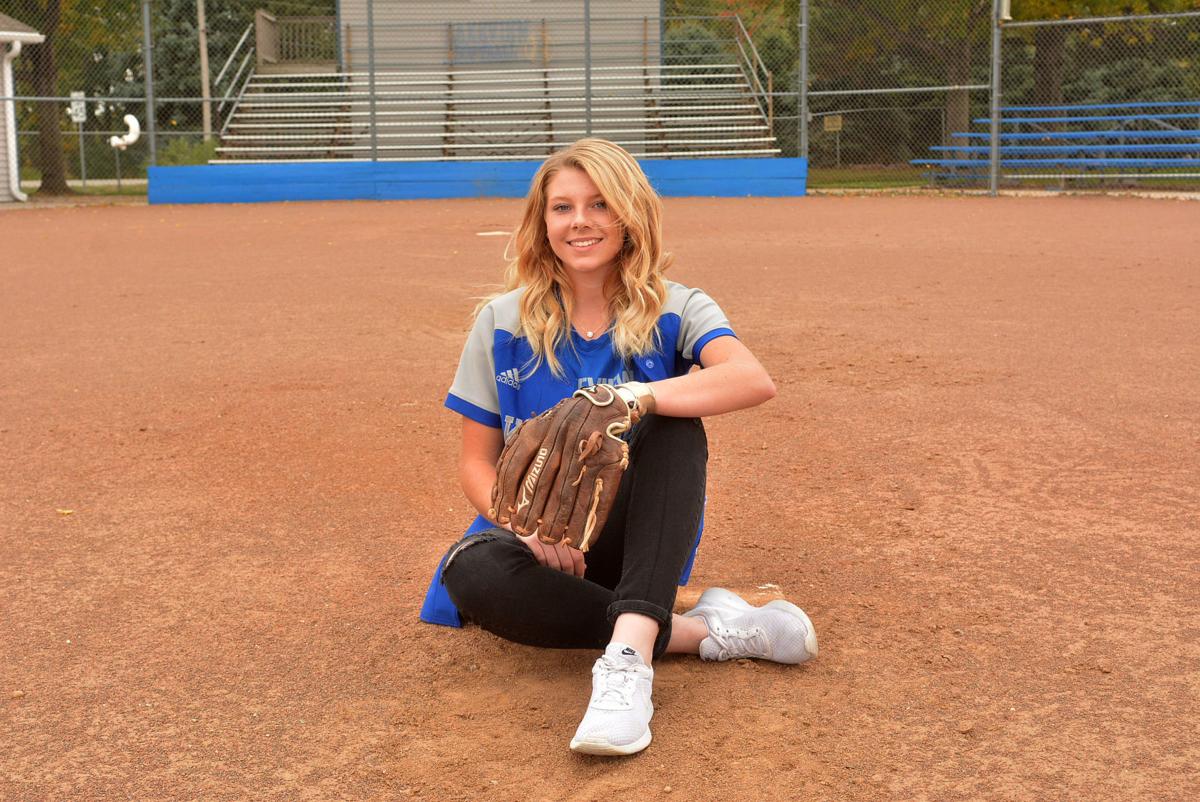 Lakeview sophomore Hannah Allen sits on the pitching rubber at the school's softball diamond where she set the single-season mark this past fall with 169 strikeouts. 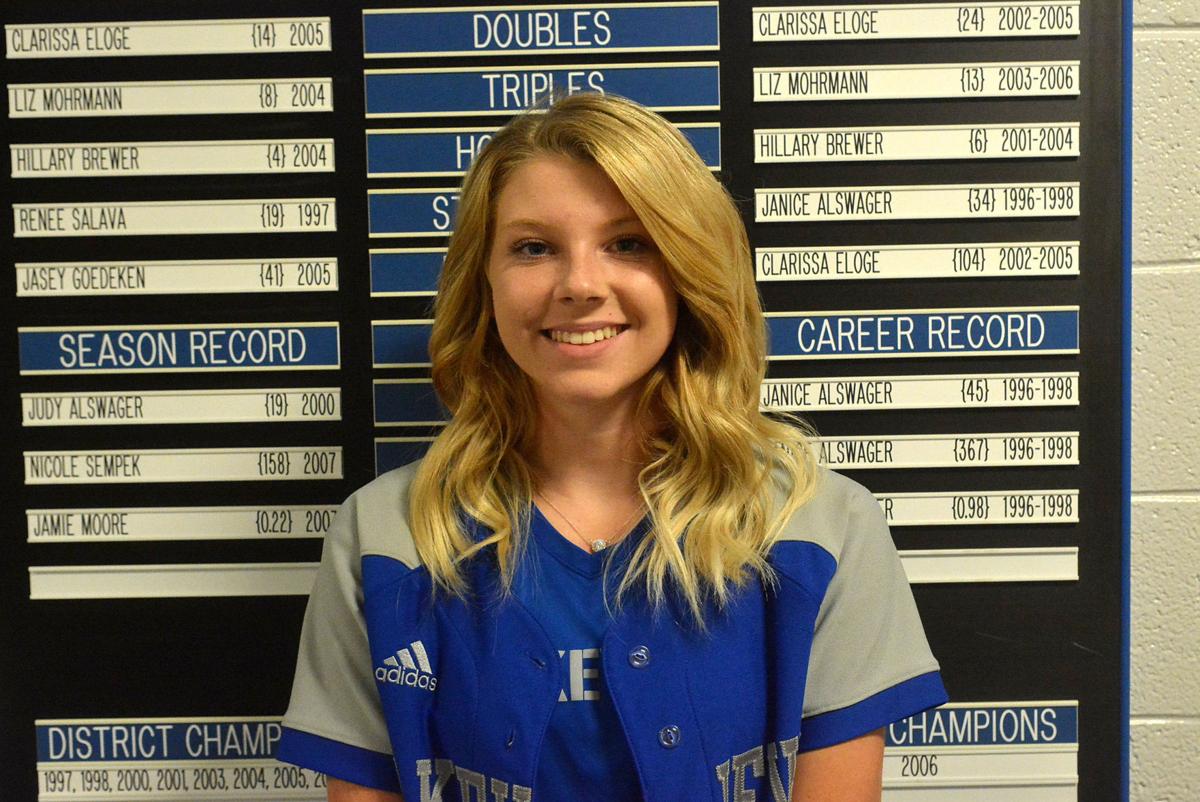 Hannah Alllen stands in front of the school record board that will soon display her name for strikeouts in a season. Allen is also more than halfway to the career mark with two seasons remaining. 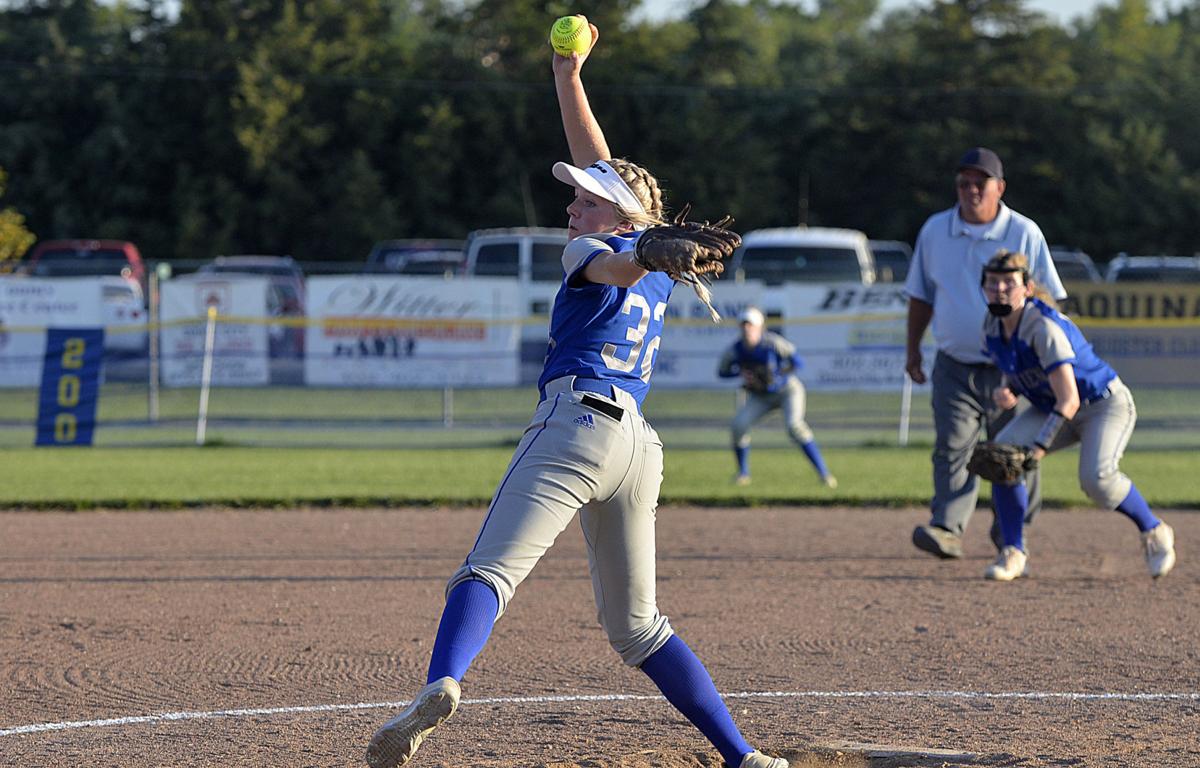 Hannah Allen winds up for a pitch Sept. 14 in David City. Allen struck out a total of 27 hitters that night in two games.