OMAHA — There was a time when the Omaha high schools were the ones to beat in Class A boys tennis, including when Creighton Prep won the state championship 13 times in 16 years.

But the balance of power has shifted back down the road to Lincoln, and that was clear again this season.

Lincoln Southwest was the Class A state champion when the two-day tournament ended Friday at Koch Tennis Center, and there were Lincoln teams all over the top of the leaderboard.

Class A boys state tennis: Southeast's No. 1 doubles team looks to 'carry the momentum' into semifinals

Three of the top four teams were from Lincoln. The state championship came down to Southwest and Lincoln East. Southwest won with 42½ points, and Lincoln East finished as runner-up with 41. Lincoln Southeast finished third with 29 points. Lincoln Pius X in seventh place gave Lincoln a fourth team in the top 10.

And this is the third time in four years a Lincoln team has won Class A. Southwest also won in 2017, while Pius X won last year.

Southwest has three state titles in the past eight years. This is the school’s 28th team state championship for all sports.

And Lincoln also had the No. 1 doubles state champion this year in the Southeast team of Graham Peterson and Nathanial Rathe.

Coaches say part of Lincoln’s success in the sport can be traced to good participation numbers in boys tennis, good athletes and quality coaching both during the high school season and offseason.

“The high schools have very consistent coaching, and that makes a huge difference,” said Southwest coach Dennis Hershberger. “Also the fact the tennis programs in Lincoln do a really job of getting kids the foundation of tennis, and there are lots of options for players to play. Not only at some of the private clubs, but also Woods (Tennis Center) does an amazing job with kids, as well.”

Usually being able to find a welcoming place to play and seeing others be successful in the sport is also good for Lincoln tennis, Peterson said.

“There are a lot of courts,” the new state champ said. “Woods Tennis Center, that’s where I play, and they have at least 12 courts available, especially for the Lincoln teams. And that tradition of Southeast, Southwest, East, they’ve all had great teams in the past, and I think that contributes to people wanting to play.”

The championship was still in doubt until the closing minutes of the meet. Southwest and East were tied with 41 points, but Southwest clinched the title when Grady Works won his match to finish third at No. 1 singles. Works is a senior and the last of four siblings to play tennis at Southwest.

Southwest had just a 1-3 record in the semifinal round Friday morning but rallied to go 4-0 in the final session. Dylan Thompson and Jack Shaffer won the title at No. 2 doubles in a match the Silver Hawks had to win to have a chance to take the team title. Shaffer began the year on the junior varsity team.

“We went 1-3 this morning, and they easily could have said, ‘Well, we’re in the third-place matches and we can’t win now,’” Hershberger said. “But they grinded it out and went out and took care of business. We did what we had to do, and then some things fell our way.”

Southeast’s Peterson and Rathe had a dominating tournament, including winning the championship match against Lincoln East, 6-1, 6-1.

“I think they lost eight total games over the course of four matches. That’s really incredible,” said Southeast coach Chris Salem. “They’re two seniors that do everything the right way. You can’t write a much better ending for those two guys.”

Each of their fathers also played tennis at Southeast. Peterson’s dad, Todd, was also a doubles state champ for Southeast in the 1980s.

Ethan Neil from Papillion-La Vista won No. 1 singles for a third straight year. 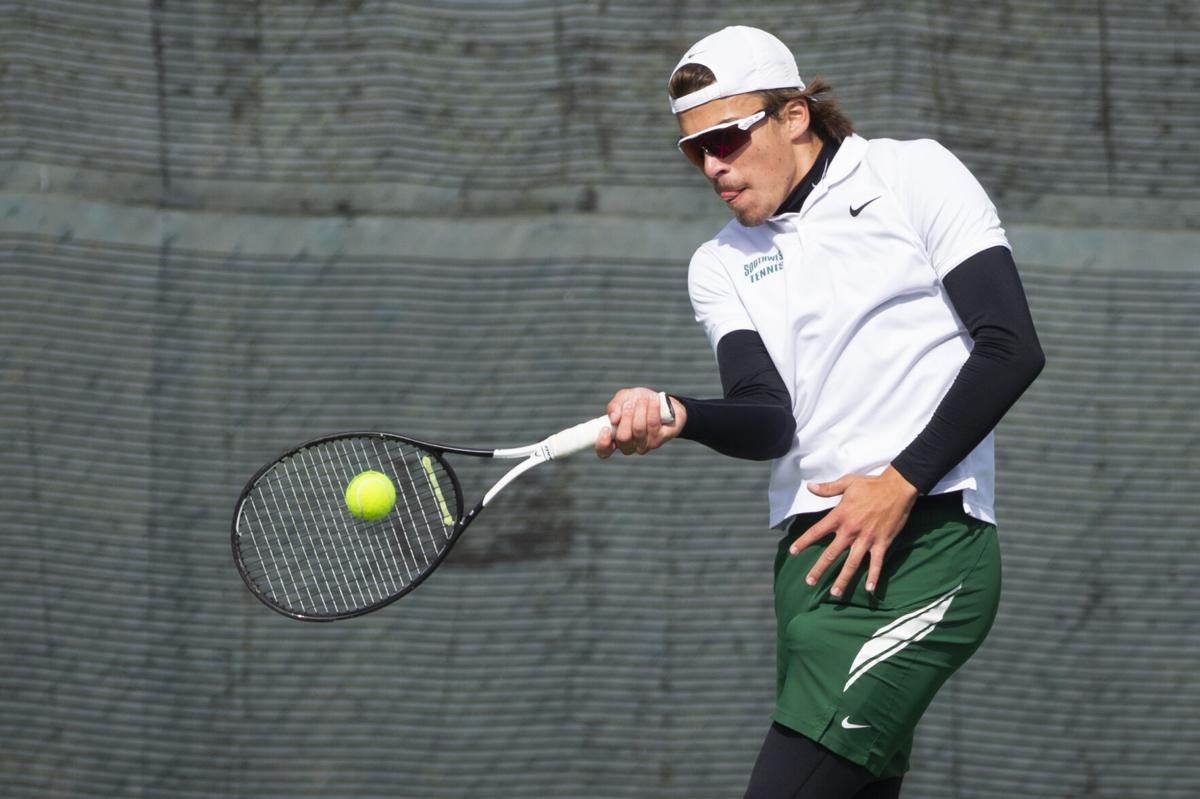 Lincoln Southwest's Jack Shaffer returns a serve from Lincoln East's Kaiden Bradley (not pictured) during a No. 2 doubles match on the final day of the Class A boys state tennis tournament at the Koch Tennis Center on Friday in Omaha. 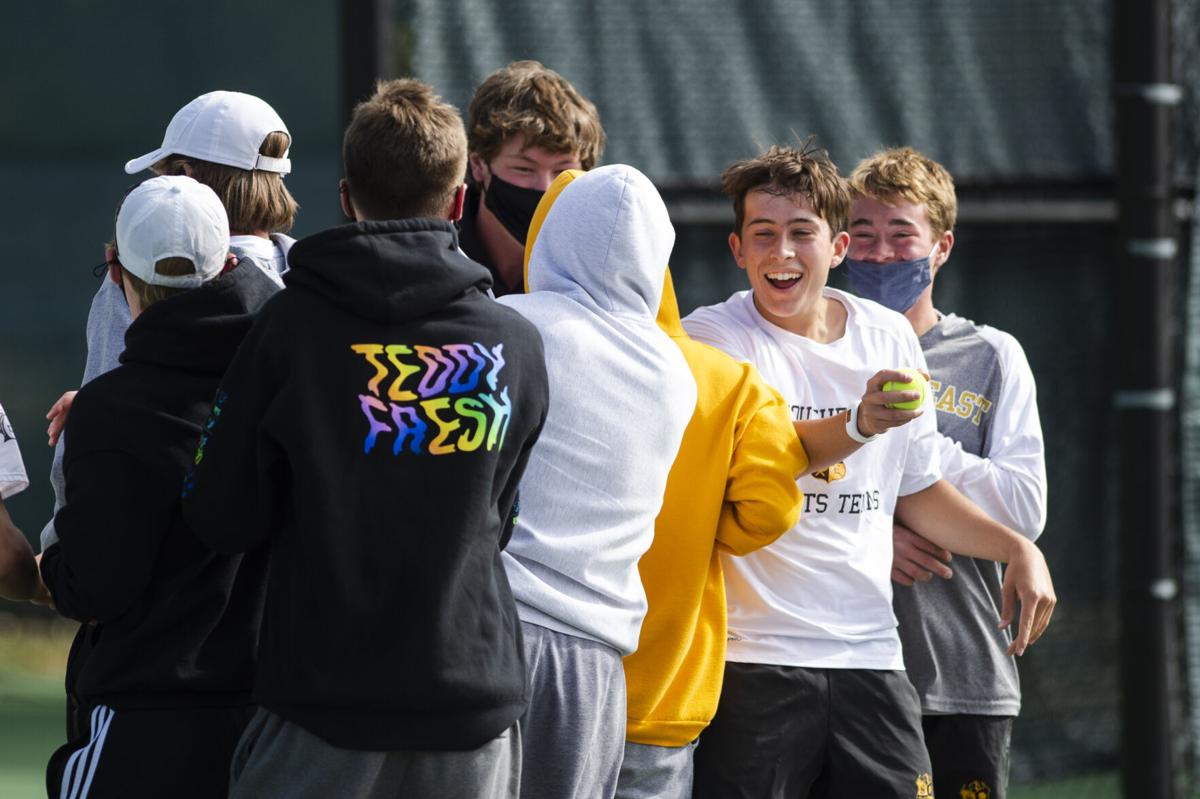 Lincoln Southeast's Graham Peterson (second right) is mobbed by his teammates after he and partner Nathanial Rathe secured the No. 1 doubles title at the Class A boys state tennis tournament on Friday in Omaha. 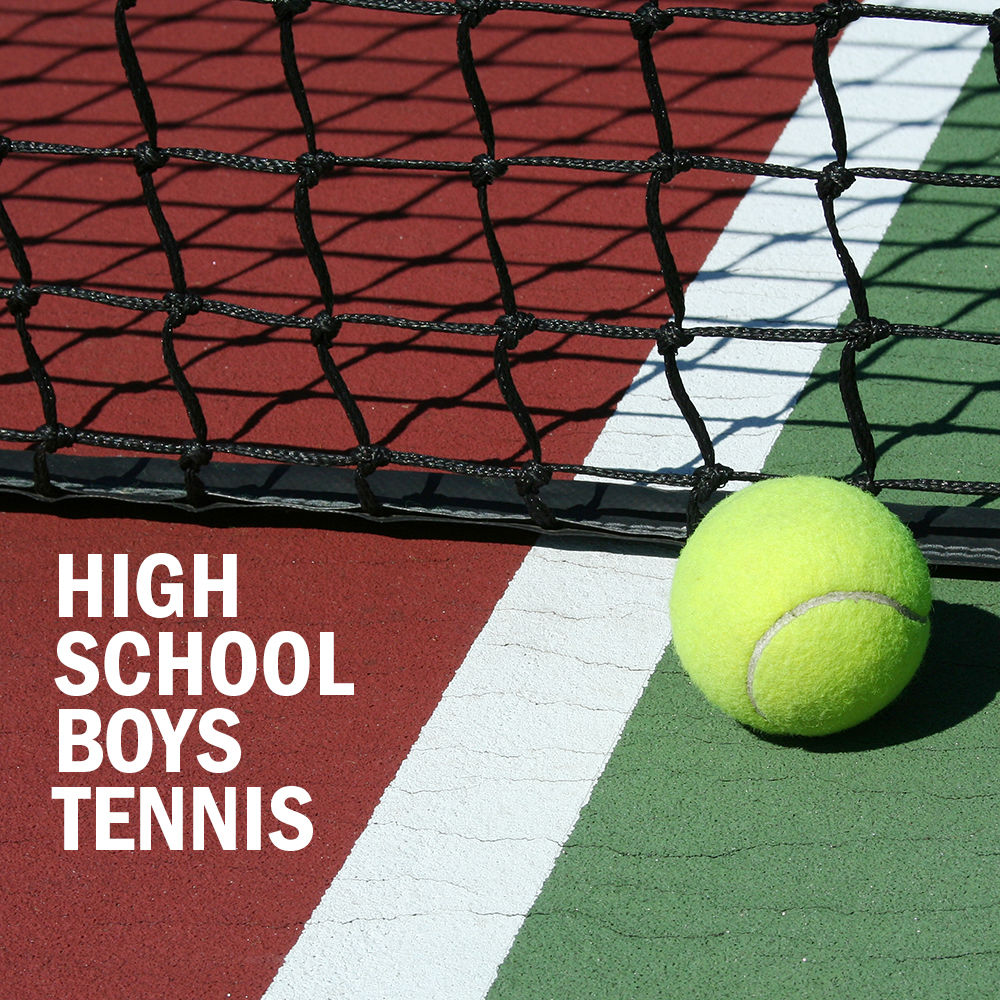