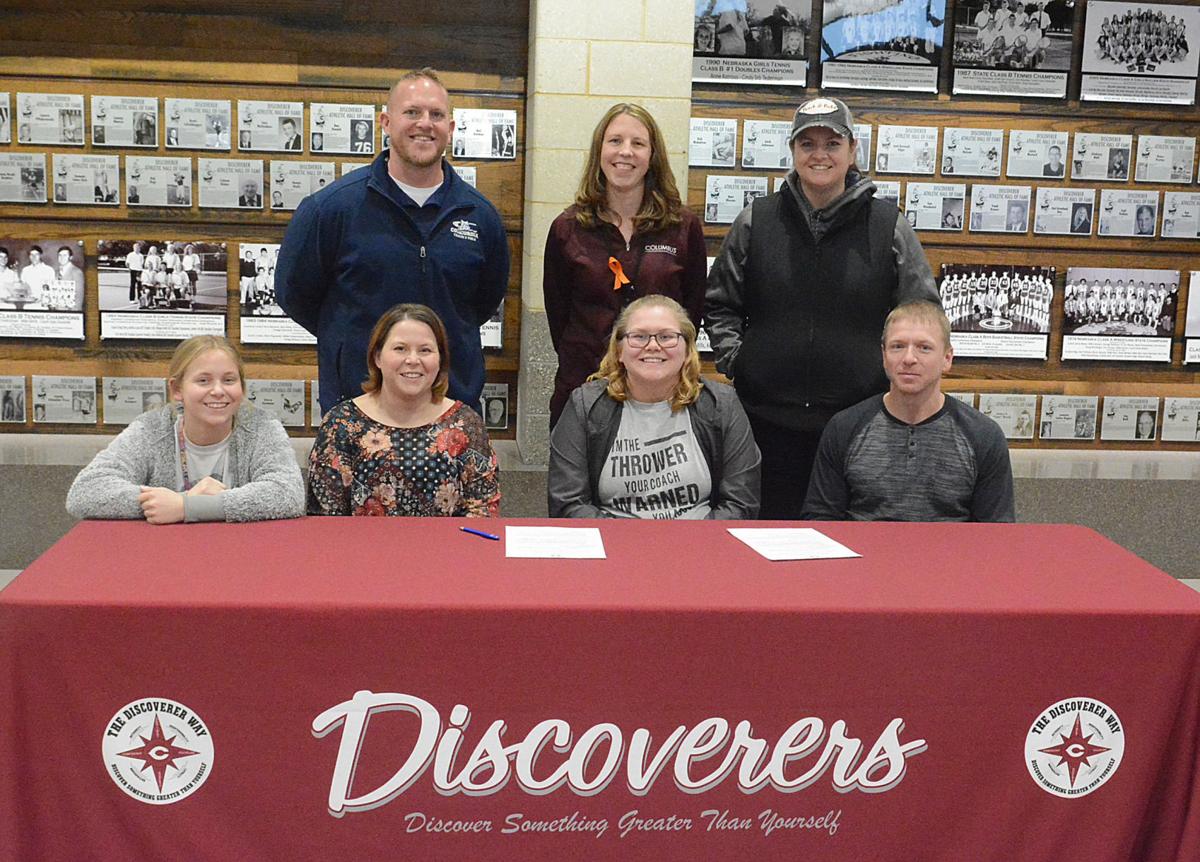 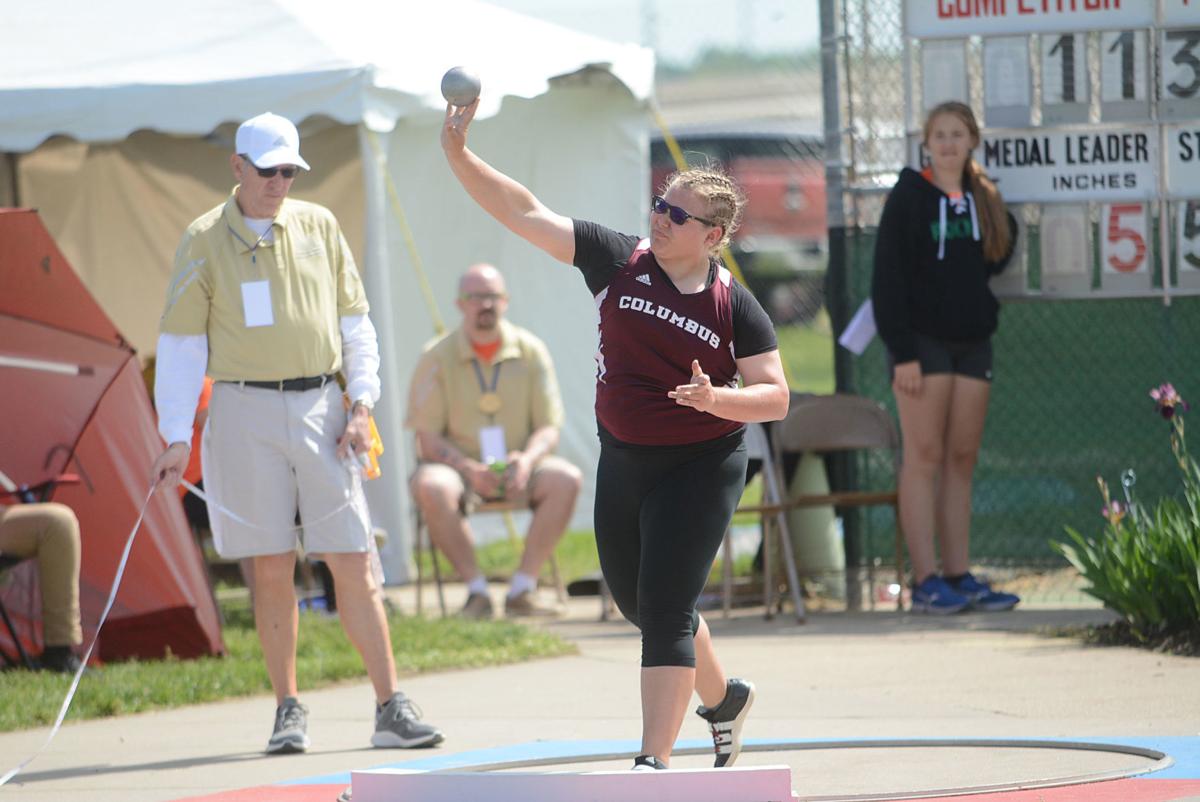 Gerber makes a toss at the state meet last spring. She took Class A runner-up and collected her second state medal after finishing fifth as a sophomore.

Gerber makes a toss at the state meet last spring. She took Class A runner-up and collected her second state medal after finishing fifth as a sophomore.

Although Gerber recoiled bashfully when Kreikemeier announced she had a story to tell, nothing was embarrassing about what was about to be recounted. If anything, it was the perfect example of how why Gerber was there that day with a college athletics opportunity sitting on the table in front of her.

Three years ago, she came into the track season with a knee injury and was forced to sit out training. And sit out she did, but not from the training.

Gerber sat in a chair and tossed the shot put over and over while her knee recovered. She might have looked silly, but she didn't feel silly. That start to the season, though at less than 100 percent, eventually produced a qualifying mark for the state meet just a few months later.

It also told Kreikemeier all she needed to know about the type of person, and type of athlete, Gerber was and could become.

"It was just crazy with her work ethic, her dedication to the sport of being willing to work through pain," Kreikemeier said. "She had a goal of what she wanted to do. Injury wasn't going to keep her from meeting that goal and being where she wanted to be by the end of the season.

"It really showed us a lot about, hopefully, what the next few years would bring with her work ethic and dedication to do anything she needed to do to prove herself."

Gerber's marks in the shot put ring make her talent obvious. But just like the story Kreikemeir told, McLaughlin said it was Gerber as a person who was just as attractive.

Gerber had a best toss of 41 feet, 1 and 3/4 inches for a silver medal last spring at Burke Stadium. She also qualified to state in the discus for the first time. As a sophomore, she was fifth at 38-10.25. Her freshman year at state ended with a top throw of 31-5.

It was in that first year of varsity that Gerber decided she wanted to 'keep doing this,' as she put it, and look for a way to track and field in college. She considered several future opportunities, but the prospect of working with McLaughlin at a small college not far from home sealed the deal.

Now she wants to throw 'as far as humanly' possible. Though that's nothing new. Gerber has been aiming at being the best ever since Centennial Elementary.

"During our track and field day, I would get mad because the boys would always beat me. I would beat all the other girls," Gerber said. "After that, I just wanted to keep going."

Which season suits you best?

Want a summary of today's news? Sign up for daily headlines.