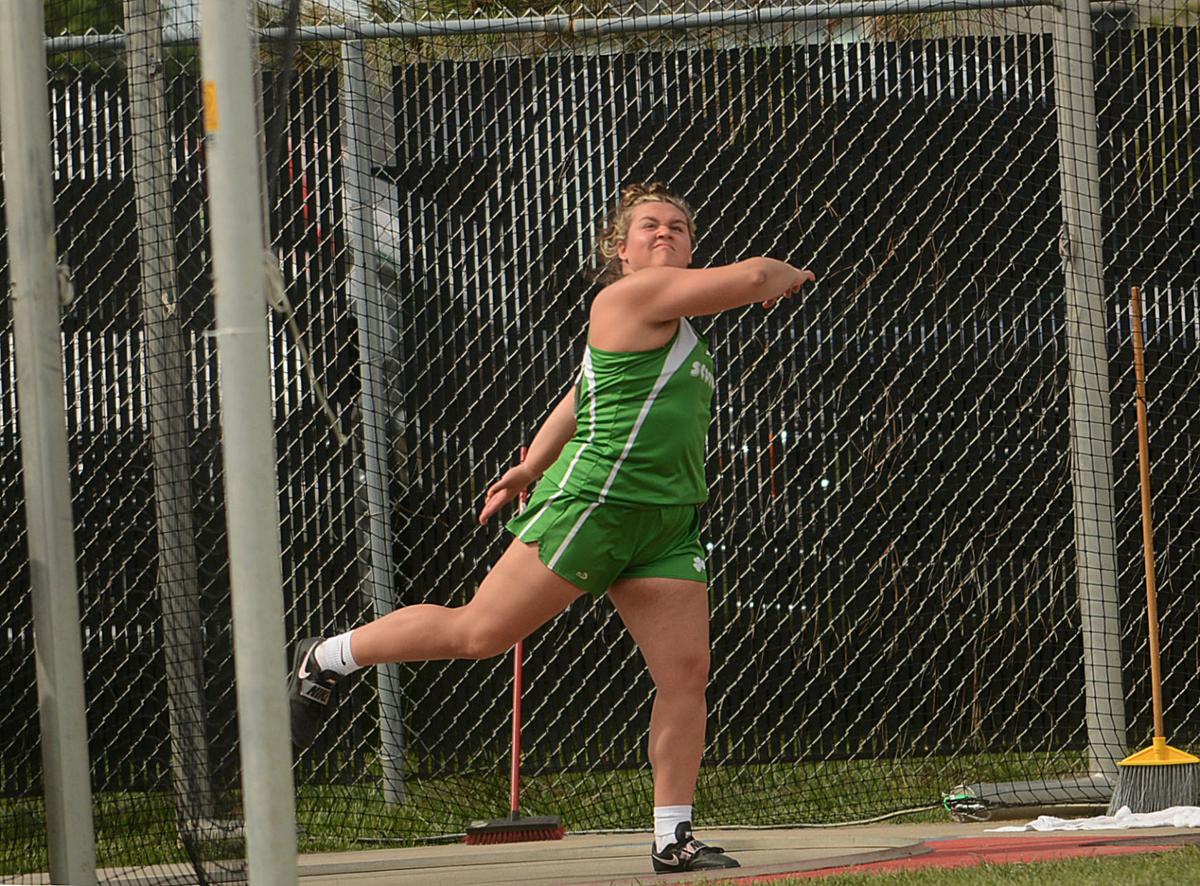 Scotus junior Chloe Walker watches as her discus throw heads toward the grass during the finals of the girls Class C state medal round last spring. 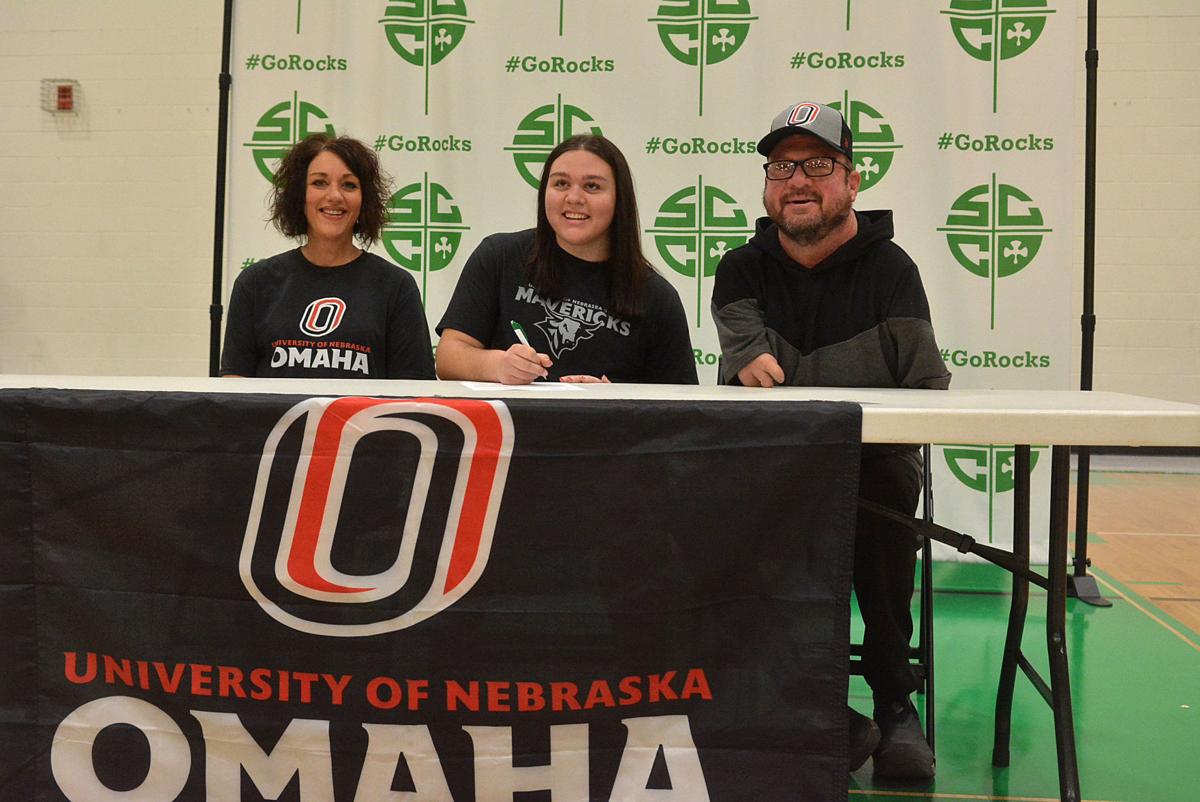 Chloe Walker signs her letter of intent on Nov. 19 to join UNO track and field with her mother, Laurie, and father, Monty.

Scotus Central Catholic assistant track coach Alex Meyer laughs when she thinks about it now. Last spring, in her first season training and leading the Shamrock girl throwers, she was told by head coach Janet Tooley to produce at least a couple discus throwers that were regularly hitting 100 feet.

Well, the trouble with that expectation was obvious. Scotus didn't currently have anyone like that on the roster, and one in particular, Chloe Walker, hadn't really ever thrown varsity before.

It's been quite the path since then to Nov. 19 in the Dowd Activity Center where Walker signed a national letter of intent to join UNO track and field.

"During the season is when I realized I really loved the sport. Before last year, I didn't really love track; I did it for volleyball. But last year I realized how much I could improve in just a little bit of time, and I hit that PR in the last meet I realized I wanted to do this in college."

Walker was injured her eighth grade and freshman year. Other than doing shot put and discus as a seventh grader, she stepped into the ring last year essentially a rookie - COVID took away her sophomore season.

To start the season, there were struggles. She was right around 100 feet but nowhere often enough to be counted on as a regular medalist and point scorer. The ups and downs were the story for the first six weeks or so.

Then as the weather warmed up and the lines from previous meets remained out on the grass, Walker realized she was throwing past 100 on the regular. Once late April and early May arrived, she was in a groove.

She landed her best toss at the district meet at 117 feet, 7 inches and was the runner-up. That earned her an automatic qualification to Burke Stadium. In the preliminary round she uncorked a throw of 121-8. In the finals she hit 123-11 and earned a seventh-place medal.

It was all quite the whirlwind.

"It's amazing. You can definitely tell when it's not good," Walker said. "So when it is a good (throw) you're pretty proud of yourself when you walk out of that ring."

But to go from unknow to Division-I athlete, how does that happen? Well in Walker's case, it was a lot of hard work in trying to attract attention. She was somewhat late to the party because of her relatively late development.

But what she once took for granted as just another activity to get ready for volleyball soon became a love, and she had to keep going.

"I really like the individual part of track," Walker said. "With other sports you have to have your team. In track, you can work by yourself and you can better as much as you want to get better."

With Meyer's help, Walker dedicated herself to getting better and, as much as the results were encouraging, simply enjoyed the process of getting better. She especially enjoyed the responsibility that came with improvement. She liked that it was all up to her.

"Technically, the girl is a freshman," Tooley said. "Yes, she's matured and she's physically stronger than she would have been as a freshman, but she's come a long ways. Her last year was really her first year of throwing varsity. It's pretty amazing what she did.

Walker considered a school in Arizona to be closer to her sister but found a family atmosphere in Omaha.

"I'm so proud of her that she was able to improve as much as she did this spring to where she really enjoys the sport and it's something she wants to do for the next four years," Meyer said.

Still, even now its hard for Walker to fully put into words just how this all came together.

"It's exciting," she said. "I really feel like UNO is the home for me, and it was great that I reached out to them and I got this opportunity."

Scotus junior Chloe Walker watches as her discus throw heads toward the grass during the finals of the girls Class C state medal round last spring.

Chloe Walker signs her letter of intent on Nov. 19 to join UNO track and field with her mother, Laurie, and father, Monty.