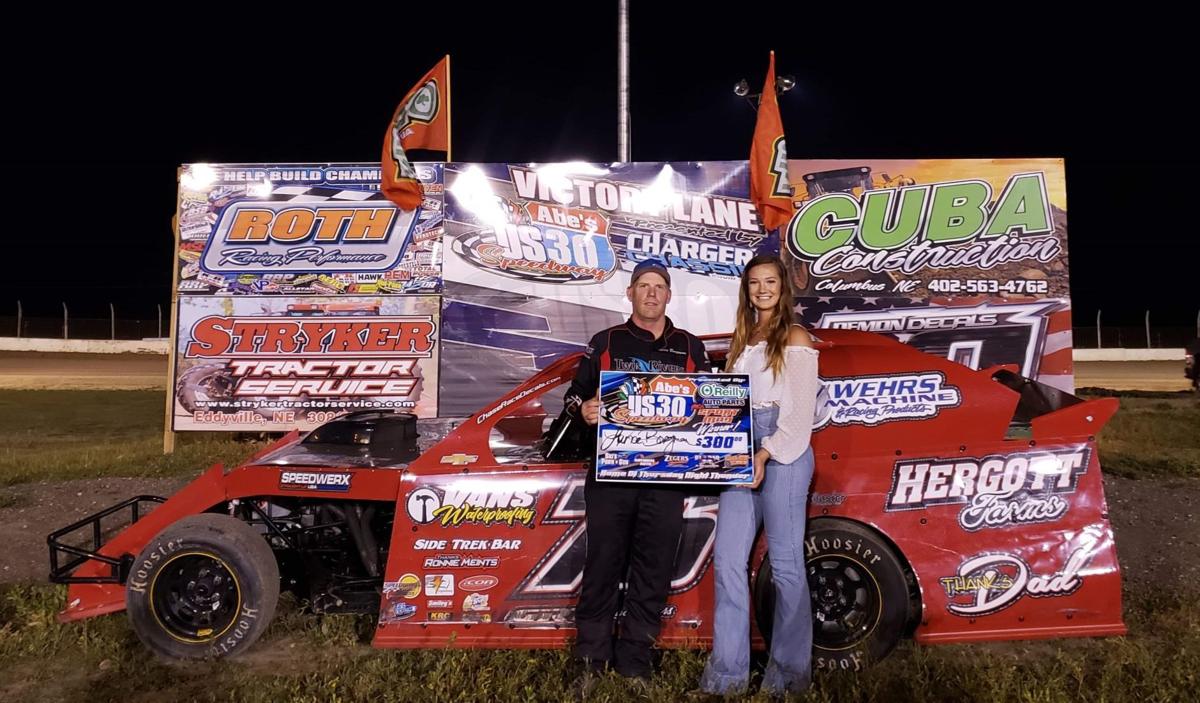 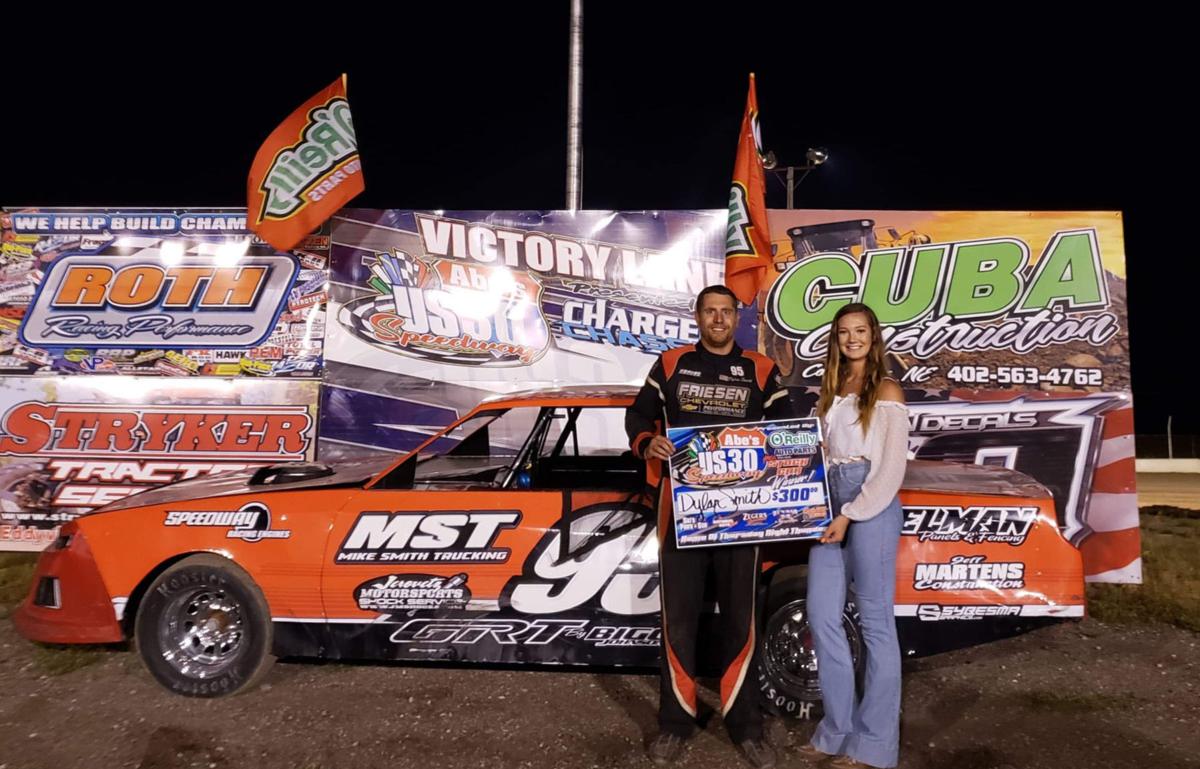 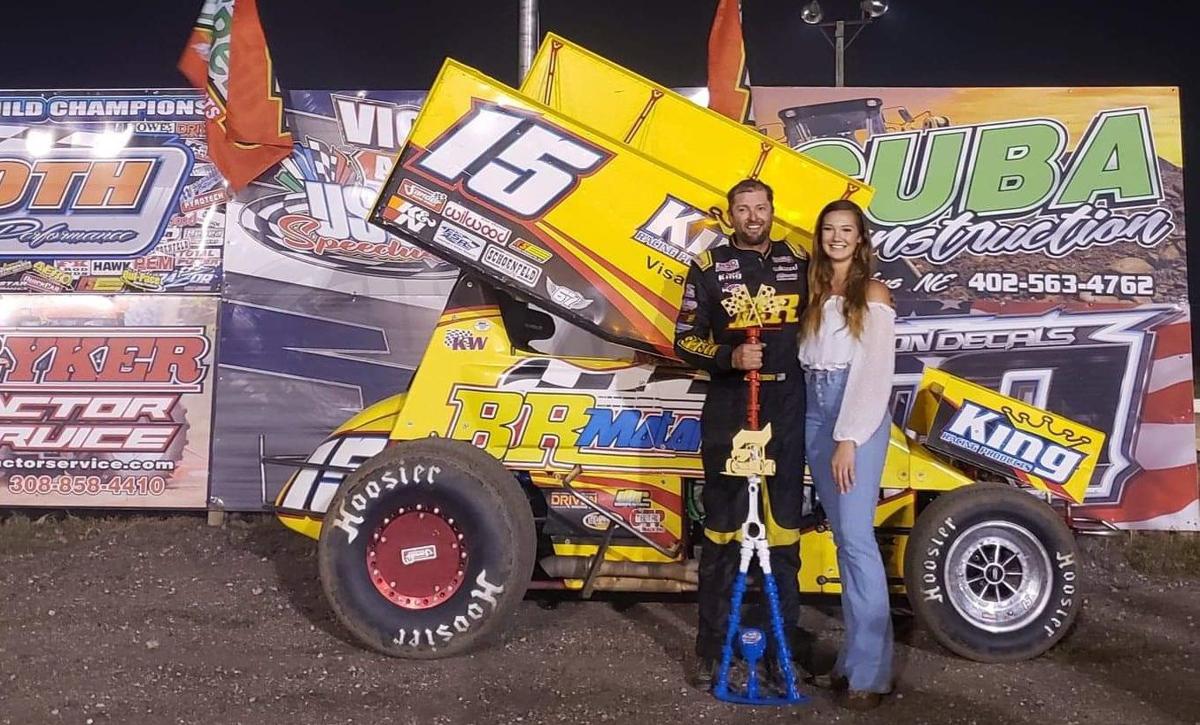 Blake Robertson poses for a photo after winning in the Sprint division. 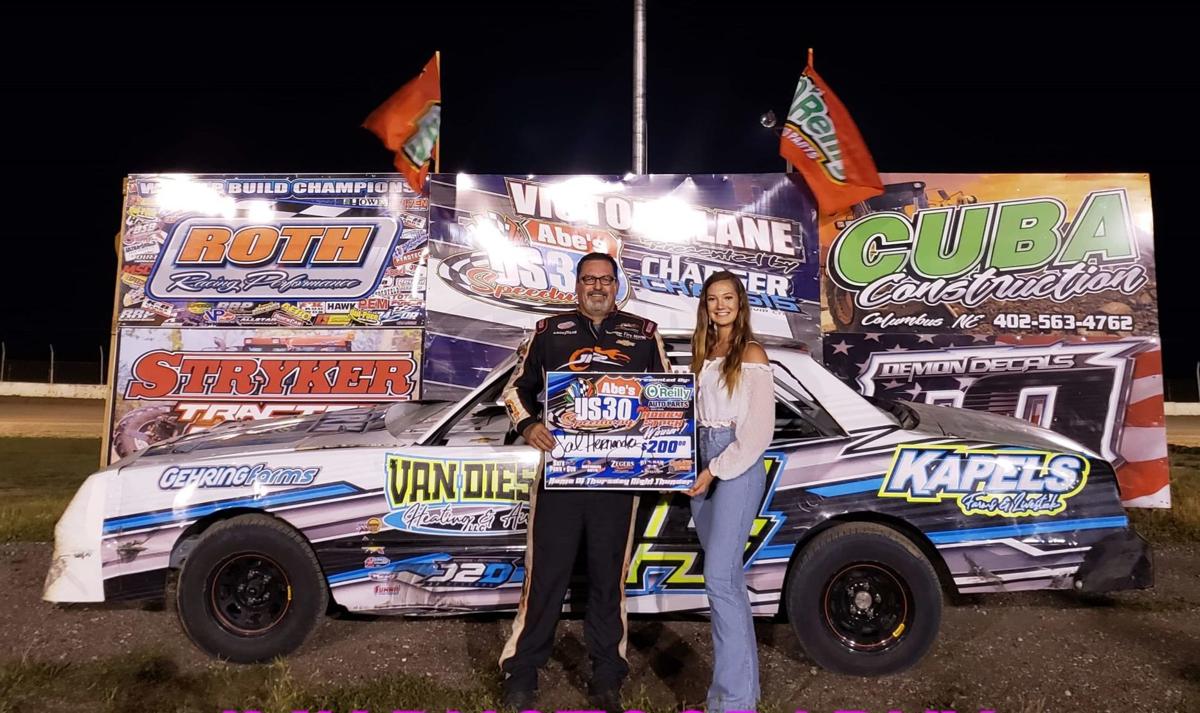 Sal Hernandez poses for a photo after winning in the Hobby Stock division.

Lance Borgman had been just about everywhere but in the winners circle at US 30 Speedway the first three A Features of the season in the Sport Mod division.

After coming just short in the first three attempts of the season, July 2 proved to be Borgman's night as he was the first driver to reach the checkered flag.

"It was nice to get the first win going," he said. "It will lead to more hopefully ... We've been pretty close and it just hasn't gone our way. We finally got it all put together. It feels pretty good to get the win."

Last week, he started the A feature back in the fifth row before weaving through traffic to the leaders. He took advantage of a few caution flags and found himself in second with a lap remaining.

As the white flag came out, Borgman stuck to the back bumper of leader of Greg Meltz then found room to pass on the back straightaway. He held his position the rest of the way to claim the victory.

"I didn't want to mess it up," Borgman said. "We got that far and you have one corner to go and you just want to maintain what you got."

Borgman also won at Salina Speedway earlier this season. His Columbus win extends his lead on the US 30 Sport Mod track standings and will most likely move him up the state standings.

Borgman was in 16th in the most recent Nebraska standings updated on June 28.

"You try not to think about it," Borgman said about his current positioning. "We're not positive we'll be able to make every night. If you run consistently, usually you find yourself towards the top. We'll just have to see how the rest of the season plays out."

Dylan Smith, who has been pulling double duty this season racing in the Stock Car and Modifieds division, won his first US 30 A Feature of the year with his Stock Car.

"It felt good," Smith said. "I just got the stock car and have raced modifieds for years. I've just been trying to learn and get better. I had a good draw, so that helped out a bunch. It felt really good to get the first win."

"It's been pretty crazy," he said. "It's been taking a toll. I'm also getting caught up on seat time. With the whole COVID deal, we weren't able to get out. It's kind of nice to be able to get double to laps every night."

US 30 didn't have have a Modified division on Thursday, allowing Smith to focus on his stock car for the night. He said it was a nice change of pace from the normal competition experience.

"It was awesome," Smith said. "It was a lot less stressful. It was kind of a relaxing night. That was the best part."

He started the A feature in the third position and took second place after a few laps. Cade Richards held him off temporarily, but Smith found an opening and moved to the front.

A handful of cautions allowed Michael Nichols, who is the current track leader in the division, to stay on the tail of Smith. But the Stock Car rookie held off the former national champion to claim his first feature win of the season.

"I just had to make sure I hit my marks and didn't mess up and give him an opportunity to get around me," Smith said.

Smith followed up Thursday's win with a win at Albion on Friday.

"It was a really good weekend," he said.

US 30 regular Sal Hernandez also added his name to the list of drivers who claimed their first track win of the season.

The Hobby Stock driver previously had finishes of sixth, fourth and third. As of June 25, Hernandez was sitting in third place in the US 30 track standings and only three points behind the leader.

Hernandez is also in the top 100 in the nation for Hobby Stock, 81st in the north region and 15th in Nebraska as of June 30.

US 30 also hosted a race in the Sprint Series of Nebraska, which saw Blake Robertson from California cross the finish line first.

Robertson went on a racing tour in Nebraska July 4 weekend and is currently 13th in the state of California in the sprint division, which was last updated on June 20.

Blake Robertson poses for a photo after winning in the Sprint division.

Sal Hernandez poses for a photo after winning in the Hobby Stock division.