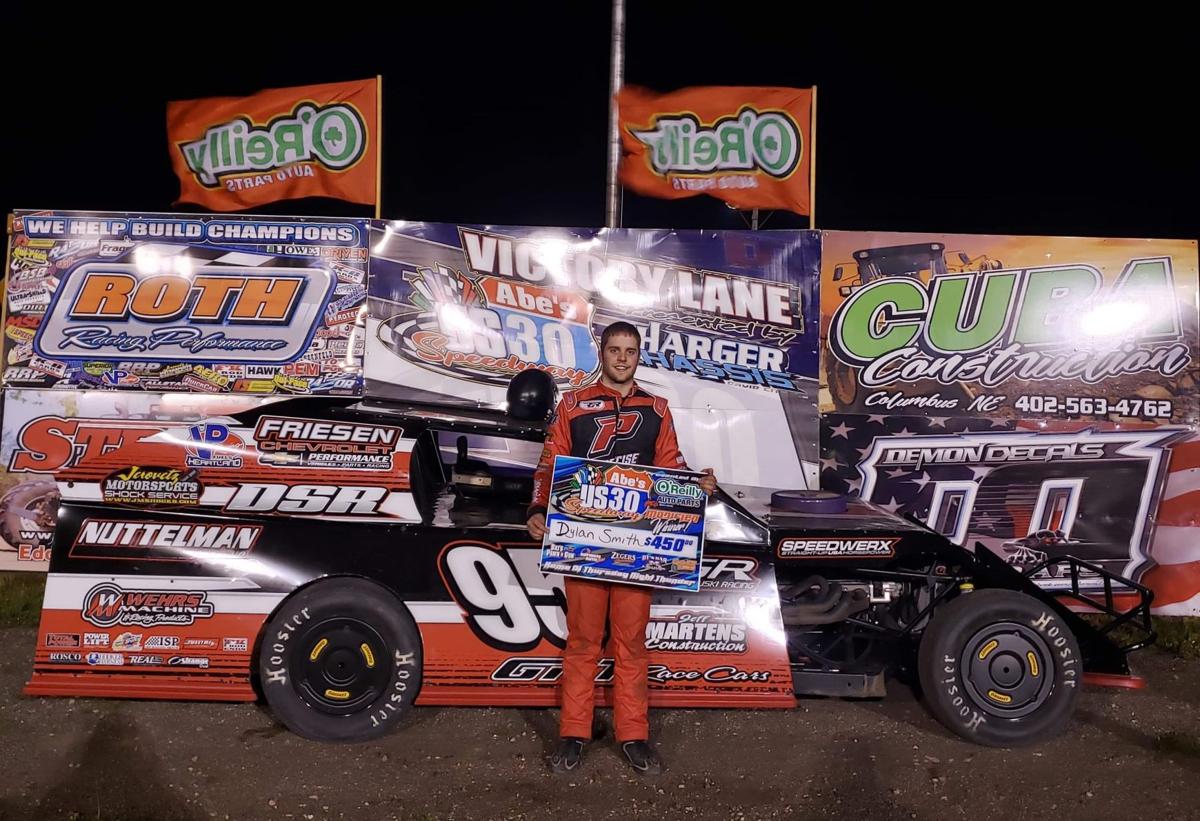 Ryan Jenkins poses for a photo after winning the A feature race in Thursday's Modified Division. 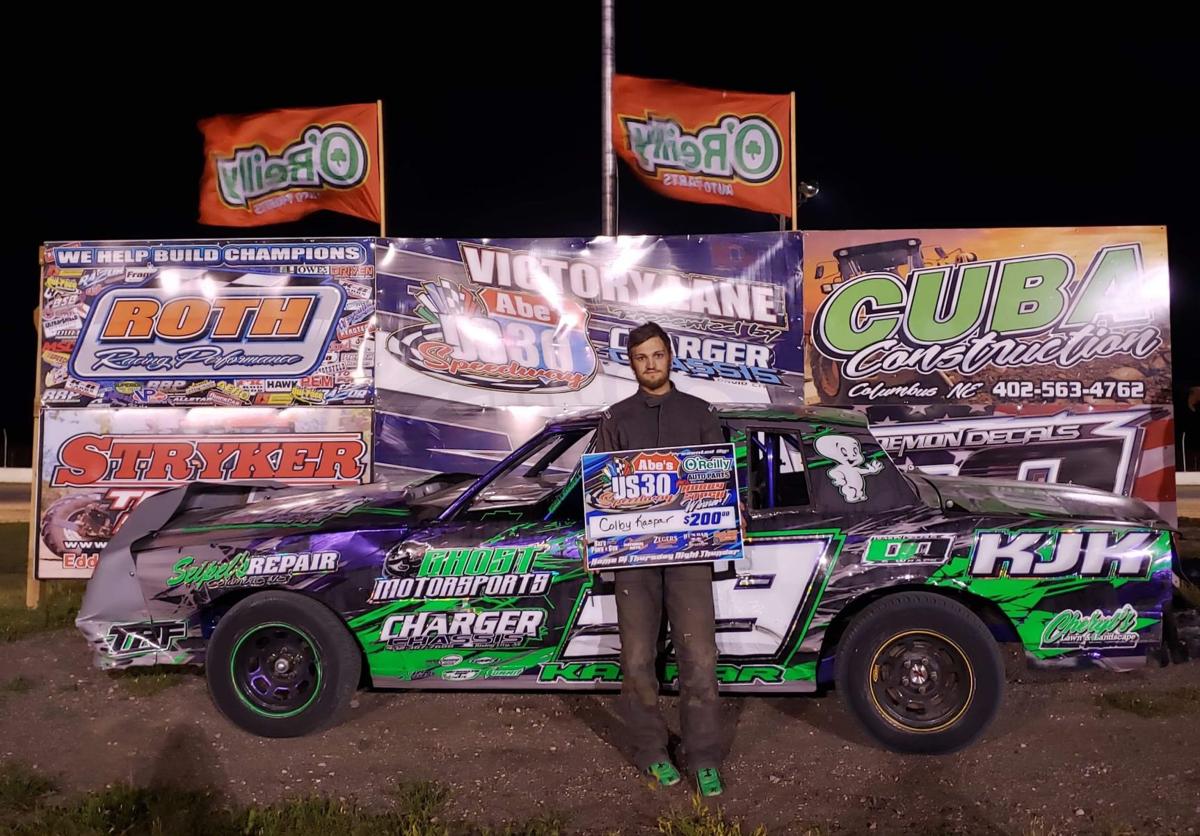 Colby Caspar crossed the line leading the field in Thursday's A feature race in the Hobby Stock Division.

Thursday night was special for US 30 Speedway as it was the first time it was allowed to open its grandstands to 75% capacity after being limited to just 50% most of the season.

It also was just the second time this season that weather didn't cut the night short as six drivers claimed feature wins.

Fans were also treated to new additions on the concession menu, including Jed's Backstretch BBQ.

US 30 finished the night with the feature races, but not without Mother Nature teasing the drivers with on and off light rain for a majority of the night.

"We did have more people and everyone did wonderful with social distancing and following all the guidelines that we push," owner Bobby Lincoln said. "It sprinkled on us a couple of times. We were worried ... It was a good night. There were a lot of cars and a lot of people."

In total, 109 cars came out to race, which is above average.

Lincoln credits full fields of drives to racing on Thursday night, which doesn't have as many races. That plus drivers looking for more opportunities following the long layoff and the track's commitment to enhancing the driver experience are all factors Lincoln said works in US 30's favor.

In a makeup race from June 4, Cory Dumpert claimed a feature win in the Late Models to open the night. He then placed second in the regular edition of the Late Models with Robert Osborne taking the victory.

Ryan Jenkins picked up the victory in the Modifieds division, and Brian Osantowski took the checkered flag for his second feature win of the season in the Sport Mods.

Jenkins has had success at other tracks but has only competed at US 30 a handful of times. The victory on Thursday was his first win in Columbus.

"Ryan Jenkins, if you want to talk about a great young man...," Lincoln said. "He's 22 or 23 years old and just has a passion for racing like no other."

The race was one of the few times Jenkins' car has crossed the finish line this season. The victory was his first feature win at any track in 2020. He hopes to carry the momentum over into the next few weeks.

"It's my first actual win out there, in what's probably my fourth visit there," Jenkins said. "We've raced a lot this year, but I've had bad luck all year. I've raced probably eight times this year and only finished once before that. I kind of feel like I got the monkey off my back."

Jenkins lives in Omaha and the trip to be difficult to make on Thursday nights, but he plans to try and make it when possible. There's always the potential, like there nearly was last week, for rain to spoil the trip to Columbus and send him back home without competing.

There was some worry in that Thursday. But after crossing the finish line, none of that mattered.

"It was pretty good," he said. "It sprinkled on and off all night, so I was kind of hesitant to see if we were actually going to get it in for once."

Mike Nichols has dominated early in the Stock Car division winning all three A features this season.

Duncan's own Colby Caspar picked up his first US 30 victory of the season in the Hobby Stock. Caspar said last year was difficult at the hometown track, so it was nice to find a win.

"Last year I struggled pretty bad to get into victory lane," he said. "It's good to get back in their this early in the season."

Caspar was in the middle of the pack the first couple of laps but was clipped and spun out. A competitor collided with his front end and Caspar thought his night was over.

But after a few caution laps, the car seemed to be ready to race. Caspar was back on the track and soon in victory lane.

"I thought my race was over," he said. "After that, I just drove to the front and stayed up there for the rest of the race."

This Thursday US 30 will be bringing in the sprint cars.

Ryan Jenkins poses for a photo after winning the A feature race in Thursday's Modified Division.

Colby Caspar crossed the line leading the field in Thursday's A feature race in the Hobby Stock Division.