Better attention to the game plan and key contributions from a backup gave Lakeview volleyball the elements needed to hold off a challenging Lutheran High Northeast team on Tuesday at home.

The Eagles, who dropped to 12-13 with the loss, have nonetheless remained a pesky group despite graduating seven from last year's Class C-2 state championship squad.

That was never more evident than in the second set when Lutheran High jumped out to a huge lead and handed Lakeview its second-largest set loss of the season. Returning to an outside attack the rest of the way and the contributions of junior middle blocker Eva Tessendorf helped the Lady Vikes regain their form.

"I thought we did reasonably well in the first. The second, you can't start out 10-0; you're just not going to come back from that," coach K.C. Belitz said. "... Probably the most significant outcome is that what we did start to do, far better in the third and fourth sets, is follow the game plan and run the offense we intended to run against the defense that was across the net from us."

Tuesday also served as senior night for the eight on the roster and meant Lilly Rowe, regularly an outside hitter, played some setter to start the match. Naturally, there was an adjustment period to new personnel in new places. Then, senior middle Mallori Kucera came down on a teammate's foot and twisted her ankle. That left her on the sidelines and some concern in the group.

Eventually, Lakeview recovered and took the first with Rowe at the serving line and six straight points with a 19-18 lead. She led the team in serving attempts with 17 on the night, landed two aces and didn't commit any errors.

However, a 10-0 hole in the second set became too large of a deficit to overcome. Six hitting errors, two blocking errors and two kills by Lutheran High allowed the visitors to dictate the action. Lakeview hit a modest .196 on the night but in large part because of the second where nine kills and nine errors on 47 attempts meant an attack percentage of .000.

After that the message was clear: get the ball to the outsides. That's what the game plan called for, according to Belitz, but wasn't necessarily followed intentionally until the final two sets.

Seniors Maddi Vogt and Katee Korte then began to exert their impact. Korte finished with a game-high 19 kills on 46 swings for a .348 percentage while Vogt was two kills back at 17 on 59 attempts and a .203 percentage.

"As the match went along, we continued to give the ball to, in this case, the outsides, who had a good matchup, and took advantage of that more consistently in sets three and four," Belitz said. "We're going to have different matchups (on Thursday) playing Holdrege and Adams Central, so those numbers are going to look different, and that's how it ought to be. They should look different based on who we're playing and take advantage of where we have an advantage."

Setters Elly Luchsinger and Autumn Gibbs, Belitz said, had a better grasp of that in the final two sets. Perhaps some of it had to do with starting only seniors to begin with. But regardless, Belitz said exploiting matchups is still something, offensively and defensively, that needs to gain more consistency from everyone, not just the setters.

"We haven't done it as consistently as we would like. You're always trying to find the right balance between having a team that's playing and having a team that's thinking; you don't want players thinking - they've got to go play," Belitz said. "We've always tried to have the right balance, and we're always trying to shift that balance. I think it was a good step toward shifting that balance to a place where we're going to be more effective."

Tessendorf's play was especially helpful after Kucera went down in the first set. Kucera is almost certainly out for Thursday's start to the Central Conference Tournament. She's questionable for Saturday.

If she can't play, more of the same from Tessendorf would be appreciated. Although she's only played in 15 sets this season, Belitz said her preparation put Tessendorf in position to have the kind of night she did on Tuesday.

"Eva Tessendorf came in and really did a nice job. She was a part of four blocks and she hit effectively when she had the ball. I'm really pleased with her performance. (Kucera's injury) could have been hard to overcome. You've got to have the next person step in and step up and take care of business. That's exactly how Eva has prepared herself all season long; this match it paid off."

There wasn't a whole lot to say after a home loss to Saint Paul on Oct. 5. Lakeview volleyball knew it had let an opportunity slip away agains…

Coming off a loss in the Columbus Classic on Saturday, the first loss Lakeview has had to endure in its brand new gym, the Lady Vikes were eag…

A slow start in the first set then an inability to get the lead late in the third against No. 4 Kearney Catholic prevented Lakeview volleyball…

If Tuesday was any indication, the rivalry between Lakeview and Scotus Central Catholic is alive and well.

Lakeview volleyball hasn't tasted defeat since this summer at the Kearney Top 10 camp. Counting regular season matches, it's been nearly a yea…

There's a reason why Class D-1 Nebraska Christian came into Lakeview on Tuesday night with an 11-1 mark. Coach K.C. Belitz and the Lady Vikes …

Lakeview humming along to 9-0 start

Lakeview volleyball captured a second straight tournament crown on Saturday when the Lady Vikes swept through the Boone Central tournament.

Lakeview senior Katee Korte holds the program record for hitting efficiency in a game. More of that was on display Tuesday when Korte led Lake…

Lakeview Volleyball: Setting their own standard

There's a standard Lakeview volleyball seeks to maintain every year. Regardless of who's on the roster, what's been achieved recently or how h…

Off and running: Lady Vikes smash through Schuyler

Granted, it was the first official event in the new gym, but Lakeview volleyball would like to think the large crowd it played in front of on …

Lakeview settles for split in Omaha

Lakeview volleyball was forced to settle for a split on Tuesday in Omaha when No. 2 Wahoo Neumann sparked a late comeback and handed the Lady … 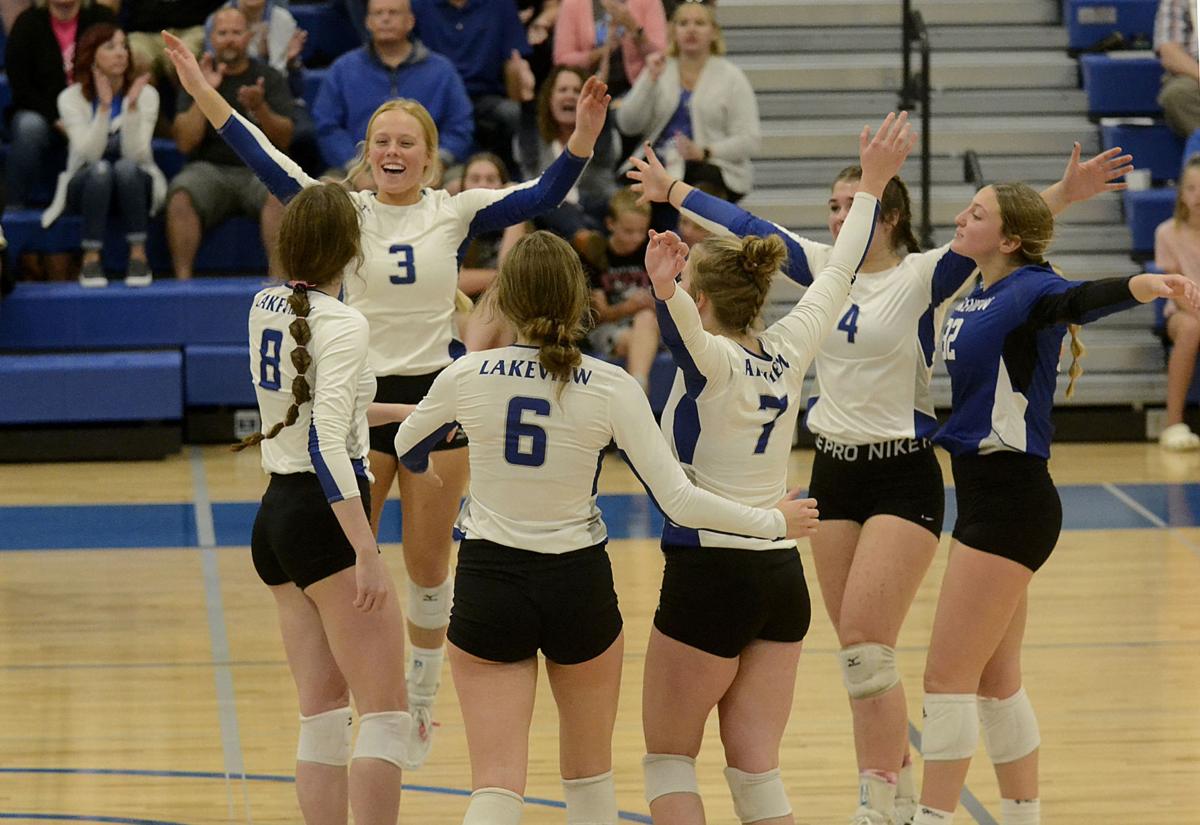 Lakeview junior Autumn Gibbs celebrates a kill with her teammates after setting up Josie Bentz (8) last week against St. Paul. Gibbs and the Lady Vikes took down Lutheran High Northeast on Tuesday at home in four sets. 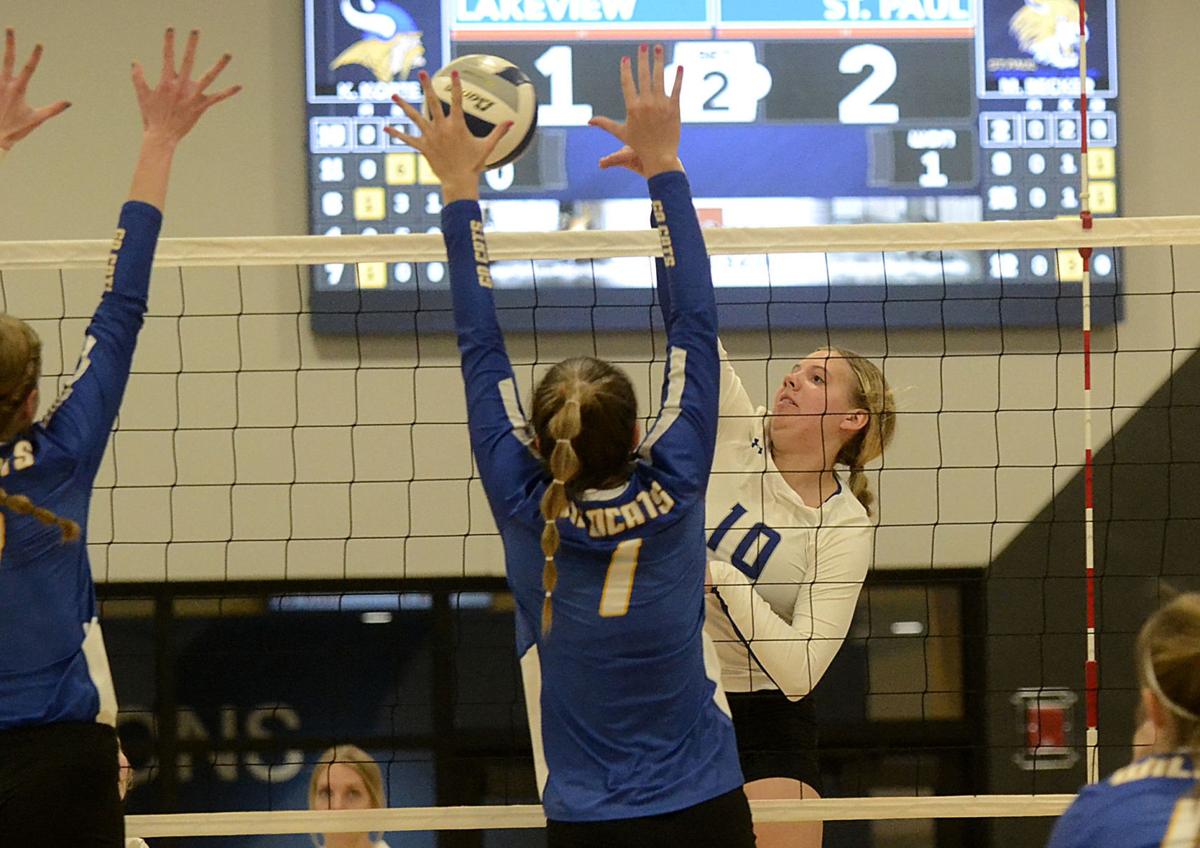 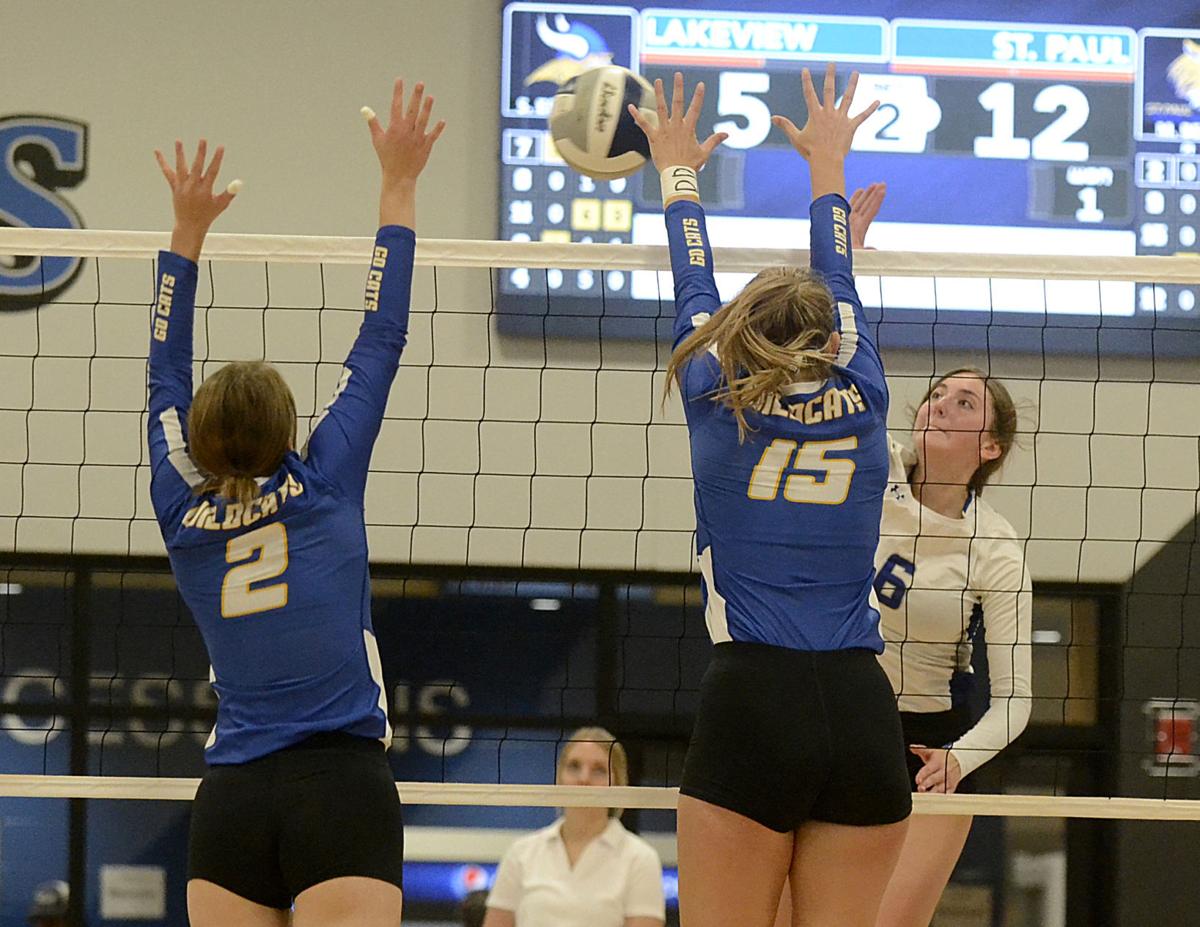 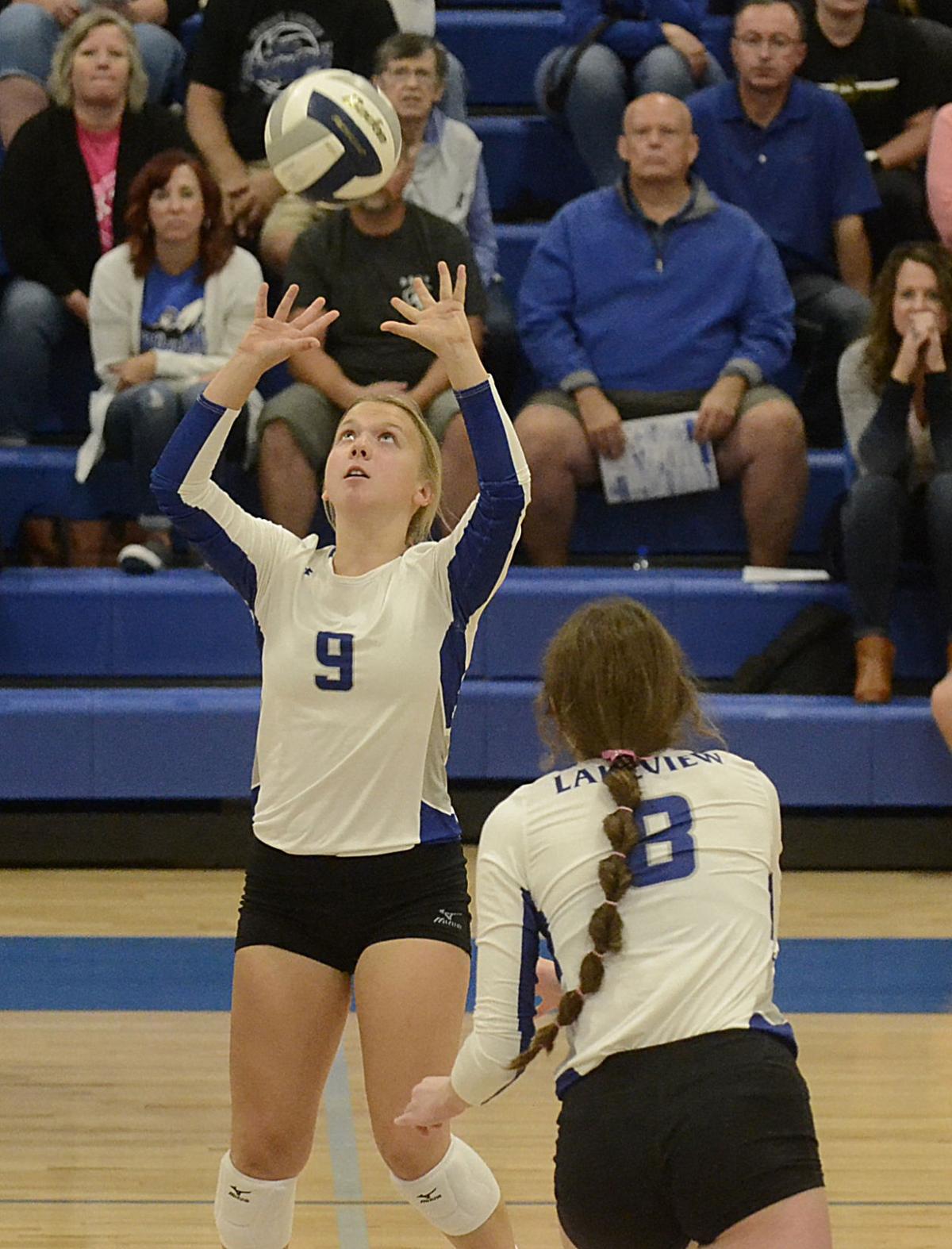