Since the 10th-ranked Shamrocks began the Centennial Conference tournament on Oct. 7, they've played against seven straight ranked opponents with a record of 2-4 during that stretch entering Tuesday.

One of those wins came against the Hawkettes in the conference tournament Oct. 7. On Tuesday, Scotus hosted a rematch that went the distance for the fourth time this season.

"I think we caught them a little off guard in the two sets we beat them at Kearney Catholic in pool play for the conference tournament. They've got one big go-to, and really in those first two sets at conference, we really kept her pretty much a non-factor in the match," Tooley said. "We were serving lights out, keeping them off balance when they really couldn't get her the ball. We were doing a great job on running our offense, keeping them off balance that they couldn't get the ball so that was a big factor. (Tonight,) they received better and they stayed in system better making it the match that it was."

With the match tied at a set apiece, Hastings St. Cecilia built an 8-0 lead in the third set, but the Shamrocks chipped away at the deficit to eventually take a 22-21 lead. The Hawkettes won four of the final five points to claim the set, but that momentum propelled Scotus to wins in the final two.

Defensively, Kate Maguire recorded 32 digs and Mustard tallied 16. The team finished with 81 digs and 14 solo blocks, including seven from Steffensmeier.

Tooley explained that she made some adjustments in the hitting rotation beginning with Thursday's match at Wahoo Neumann, which could have attributed to some of the early struggles against St. Cecilia.

"We kind of switched a few players against Neumann on Thursday night and even though we lost in five, that looked better. So, with just a couple adjustments (tonight), having just practiced and not having played, I think that's why things were a little bit rough those first two sets," she said. "You just make slight changes and that's a big deal in volleyball, so once we got comfortable and everybody kind of was where they needed to be, things really smoothed out."

Tuesday's match was the fourth five-set match Scotus has played this season. The Shamrocks are an even 2-2. After matches against Grand Island Central Catholic and Lincoln Lutheran in the conference tournament, Tooley said both coaches were impressed by the team's fight. That's an area in which she has no doubts.

"That's one thing with this group, they don't quit. But what has cost us some of those close losses is just a little bit of a lack of discipline, a step this way, a step that way, maybe not talking so a ball in an important spot drops; our resilience has always been there," she said. "I've never questioned the girls' resilience. It's just a matter of staying focused and staying disciplined throughout the entire match."

Scotus concluded the regular season with a 20-10 record. Of its 10 losses, nine were against teams ranked in the top-five at the time the match was played. Walker said she believes the challenging schedule as prepared her and her teammates for the postseason.

"I feel through our hard matches, we've gotten a lot better as a ream from playing Lakeview at the beginning of the season to play them at districts," Walker said. "I feel like we've stepped it up and I'm excited to see how we do at districts."

The Shamrocks will compete in the C1-8 subdistricts beginning Monday. The two-day subdistrict features No. 8 Lakeview, Boone Central, David City and Madison. Tooley said there's still a few adjustments the team could make depending on the opponent, but she was pleased to win the final match of the regular season.

"I like our lineup. Now it's a matter of do we spin the dial, do we stay put, how does this lineup in the rotations we're in match us best with the opponent across the net? So I think we've learned a lot in the last few matches," Tooley said. "We learned a lot at Neumann and it's always nice to go out on your home court for those seniors with a win."

Scotus Central Catholic served up eight aces, Chloe Walker hit a paltry .432 and the Shamrocks moved on to another subdistrict final Monday at…

Four Downs: Thoughts on QB, and three other takeaways

Four Downs: Thoughts on QB, and three other takeaways

Tom Brady talks about what he looks forward to in retirement

Tom Brady talks about what he looks forward to in retirement 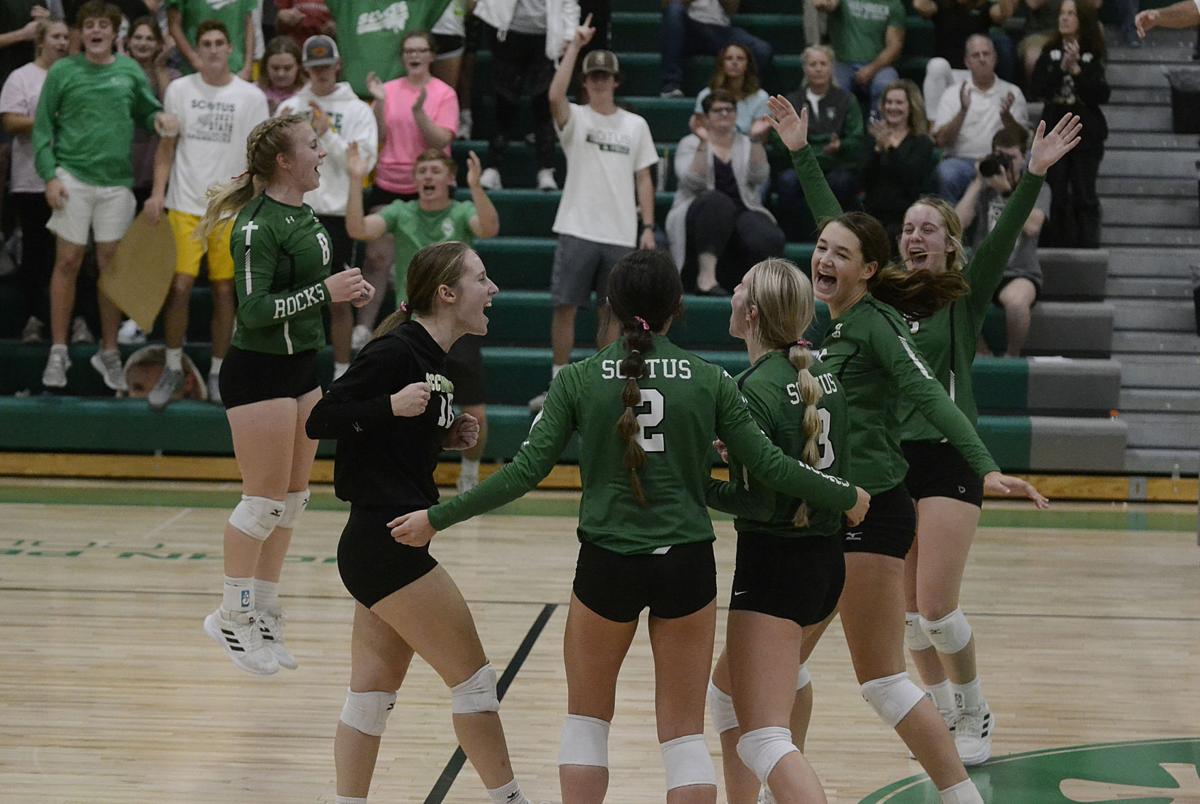 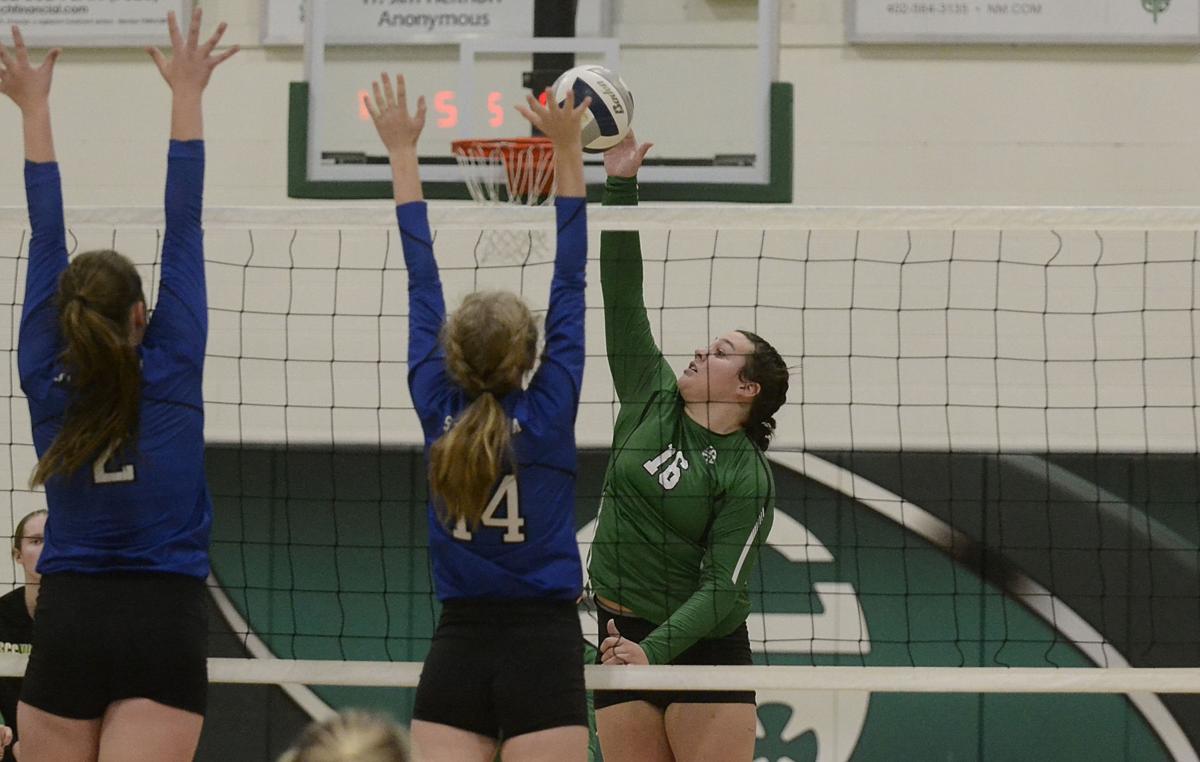 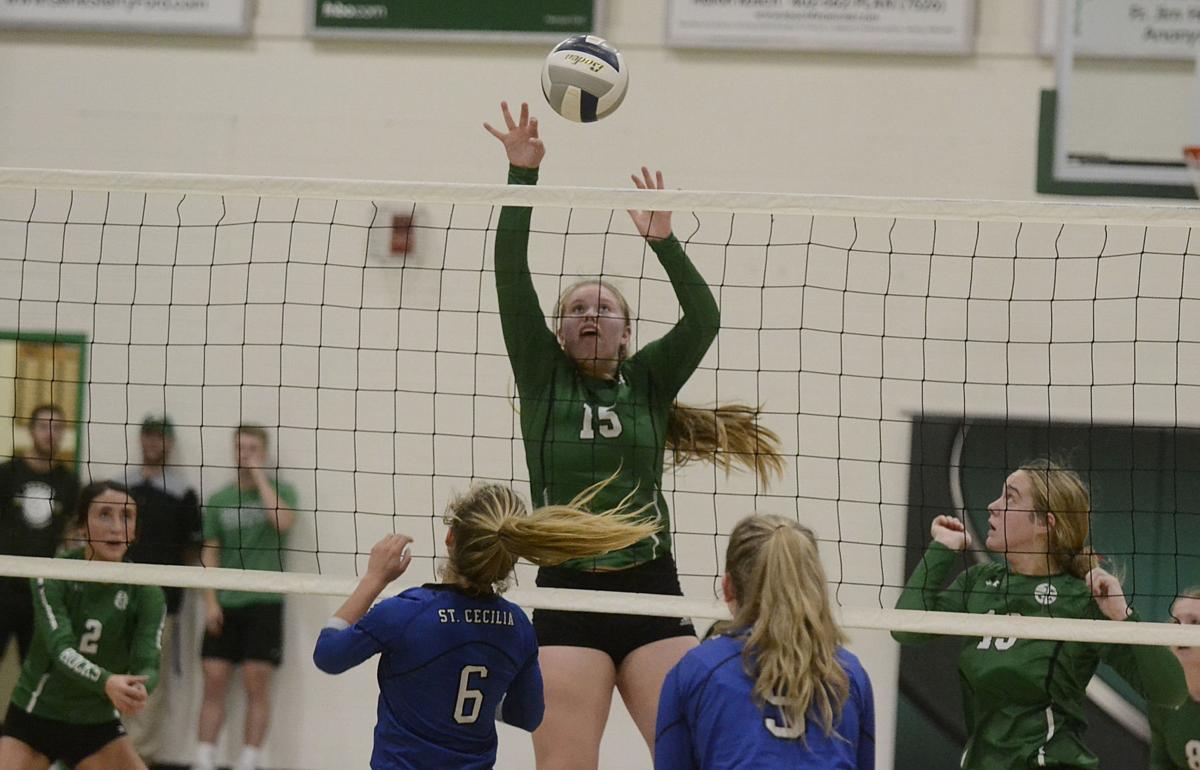 Scotus' Hailey Steffensmeier blocks a shot at the net Tuesday against Hastings St. Cecilia. The junior had seven kills and seven blocks. 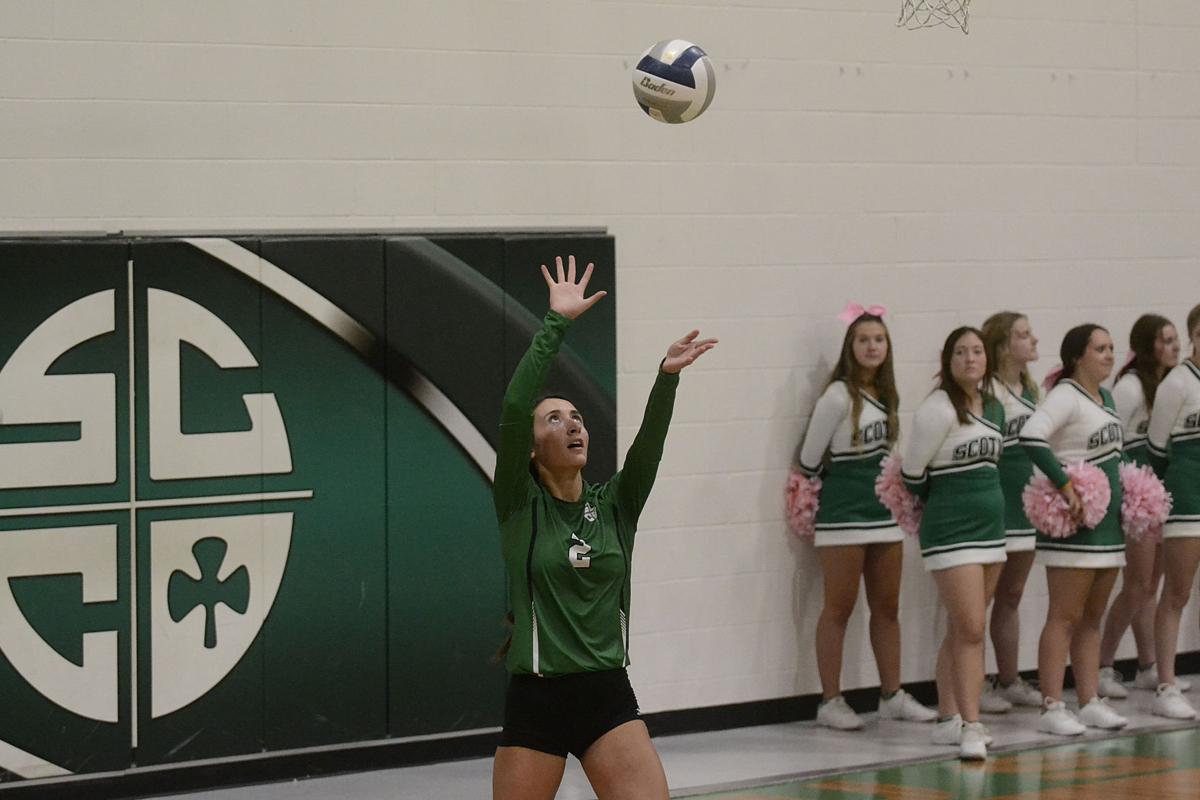 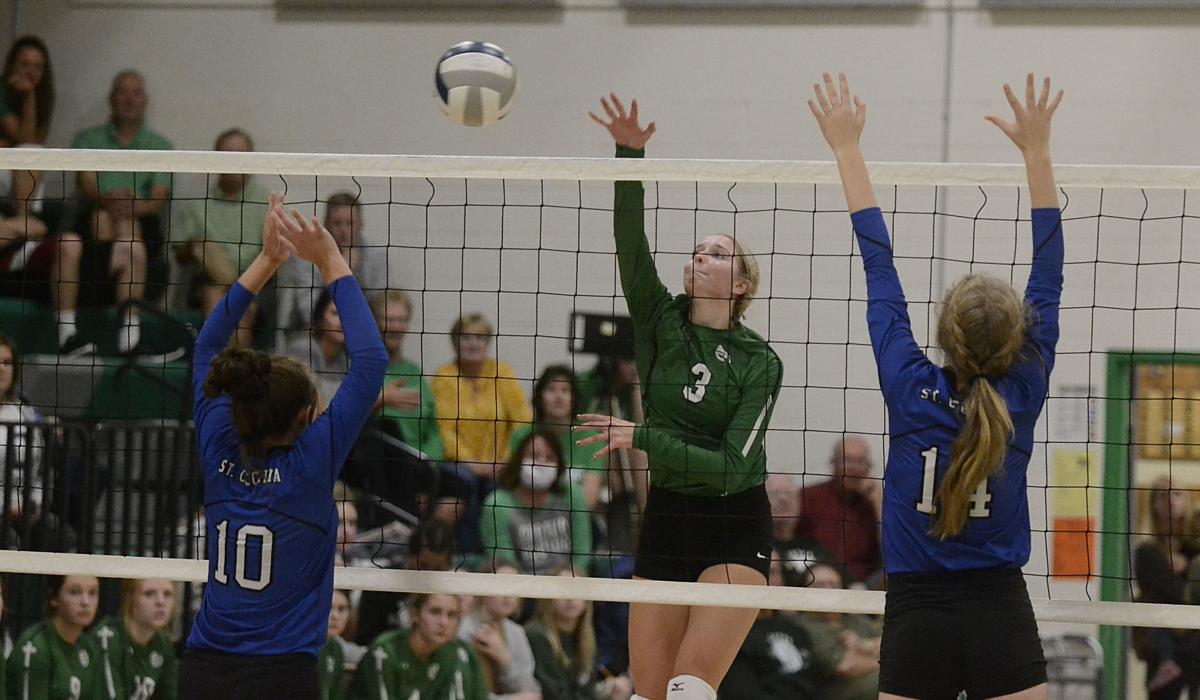 Scotus' Grace Mustard attempts a kill Tuesday against Hastings St. Cecilia. Mustard was second for the Shamrocks with 13 kills.