Average passing through the first three sets had Scotus Central Catholic facing a potential four-set loss Thursday at Lincoln Christian and the end to a four-match win streak.

The win was the first on the road after losing the first set in two years. Oddly enough, the last time Scotus dropped the opening set but came back and won was also at Lincoln Christian in 2019.

Grace Mustard led the Shamrocks offensively with 12 kills and a .307 attack percentage, Hailey Steffensmeier blocked three shots and Kate Maguire had four aces to go with 27 digs. Scotus improved to 14-4 and has the weekend off ahead of a home match Tuesday with No. 1 Lakeview.

"We finally played the last two sets," coach Janet Tooley said. "... When they're out of system, they're very manageable. But when they're in system, they've got a couple of threats that can just keep you on your heels and not allow you to get to your offense. That's kind of what happened in the first three sets. They definitely won the serve, serve receive game the first three sets. That was the challenge in between the third and fourth set."

The first set was back-and-forth until a five-point Lincoln Christian run with the Crusaders trailing 9-8. Subsequent five-point runs made it 16-16 when the Shamrocks found some rhythm. The Crusaders immediately answered with five in a row and a 21-16 advantage. LC used that momentum to eventually close out a five-point win.

Scotus jumped out to a 6-1 lead in the second and had the lead throughout until the final points. Lincoln Christian scored three in a row and led 23-22 when SCC responded with its own three-point run for the win.

The Crusaders won five of six in the middle of the third to go up 14-10, and much like the second set, led the rest of the way until a late Shamrock challenge. Scotus closed to 22-20 and 23-21 but LC won the final two points and took a 2-1 lead.

The Shamrocks then generated six aces in the fourth set and forced the Crusaders almost fully out of system. Audrey Sprunk and Mustard each had two aces as Scotus built a 12-3 lead. Scotus had two more aces in the fifth and jumped out 8-2 en route to the win.

Jenna Wiltfong, Lincoln Christian's 6-foot-3 senior middle, piled up 19 kills but was held to .122 hitting and committed 13 errors. Freshman Hailey Benes had 16 kills and hit the best of any Crusader at .297. But Scotus held LC to .091 overall and benefited from 38 attack errors.

"This is the way the rest of our season is going to look as far as level of competition and speed of play," Tooley said. "We've got to go back to the service line and take a few risks because we are a good serving team, take those risks, drive a few balls, miss a few but at the cost of not letting them get into a perfect system in serve receive. That paid off for us in sets four and five. They couldn't get into their offense."

Scotus Central Catholic volleyball has a little bit to go, but following two more wins on Saturday the Shamrocks are tied for the lead in wins…

Maguire serves up a Scotus win

Scotus Central Catholic volleyball played three matches on Saturday in a round robin event at Plainview, sweeping through all three and improv… 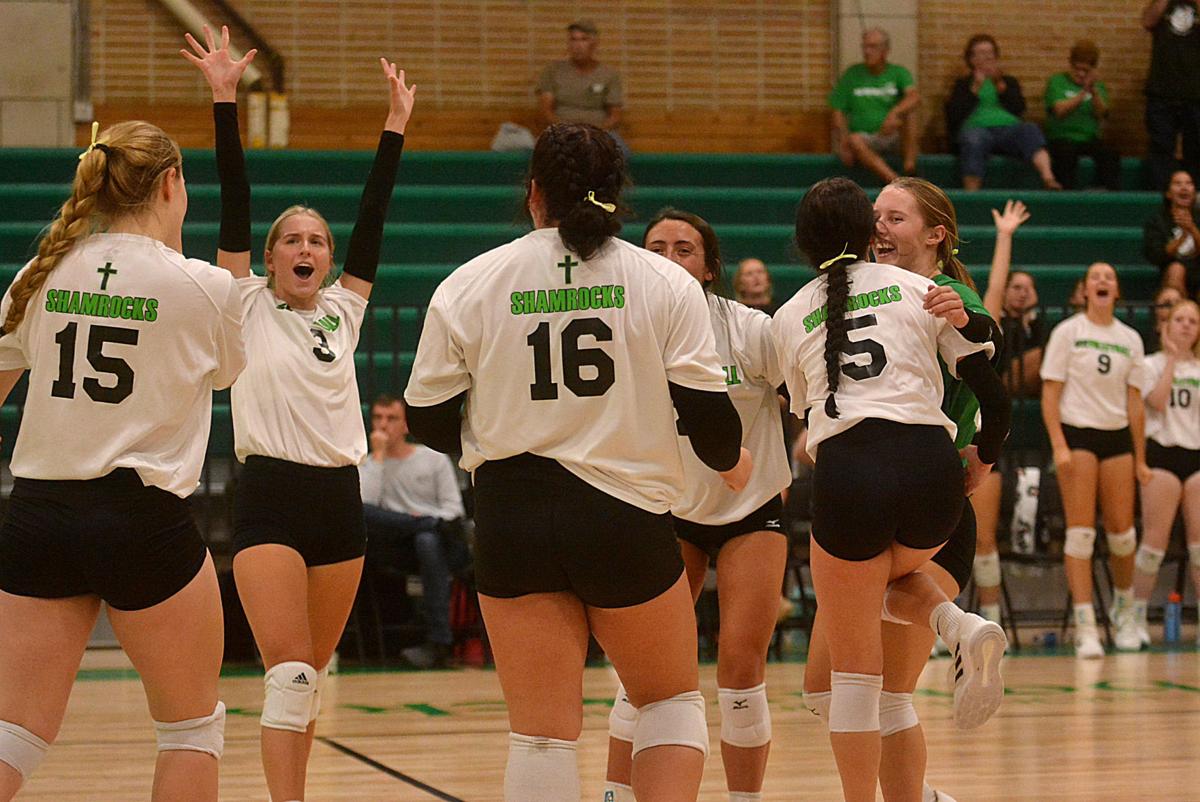 The Shamrocks celebrate Tuesday after a block by junior Hailey Steffensmeier. Grace Mustard, second from the left, led Scotus with 12 kills in a road win Thursday at Lincoln Christian. 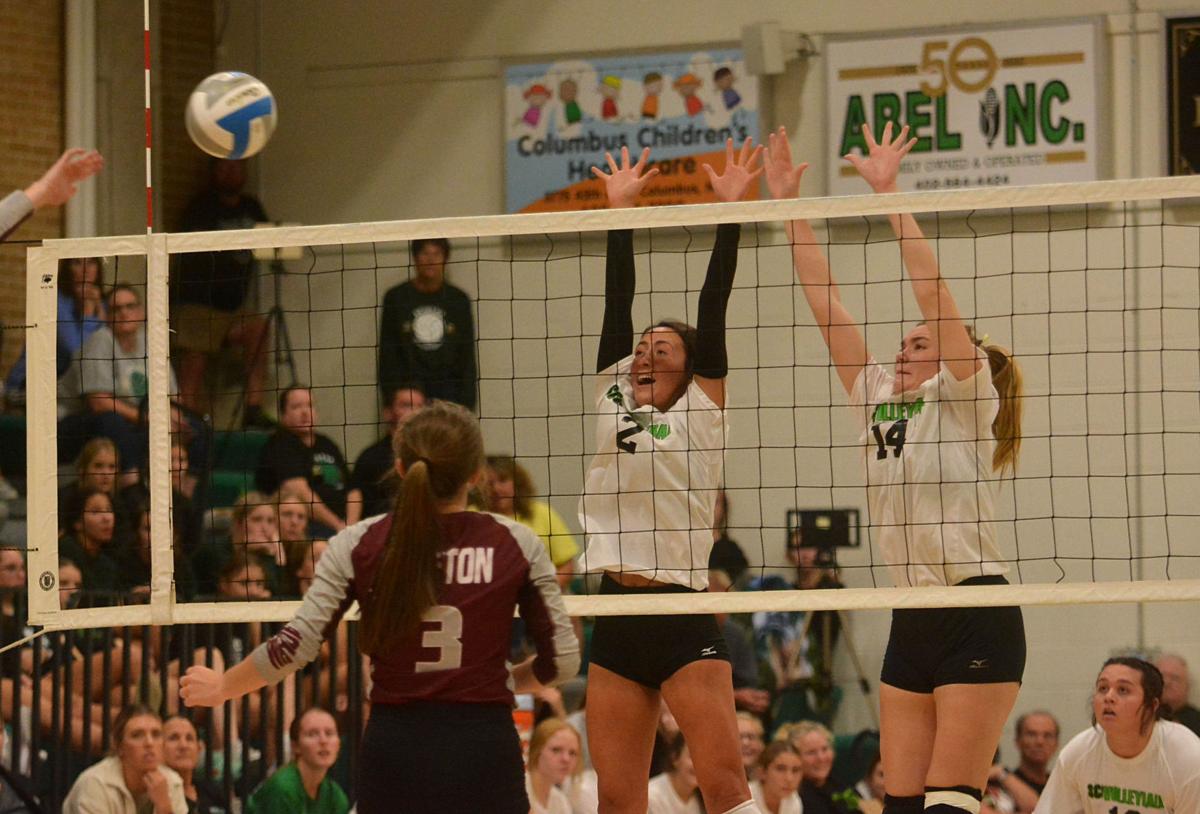