What shouldn't get lost in Tuesday's Columbus High and Norfolk wrestling dual are the unexpected heroics of Discoverer sophomore Antonio Granados.

Norfolk edged out Columbus 36-34, thanks partly to an open weight class at 113 pounds, but the loudest and most satisfying moment in the gym went to Granados and CHS.

Filling in for injured senior Levi Bloomquist, Granados won by pinfall at 170 pounds despite trailing by eight points in the third period. It was a match Columbus had to have after Bloomquist pinned the same opponent a month earlier when CHS defeated Norfolk at the Flatwater Fracas.

Two other Discoverer wrestlers couldn't match pinfalls from that same dual, and CHS gave up six points on a forfeit, but Granados gave himself, his teammates and fans in attendance a moment they'll never forget even if Norfolk left with the win.

"That was probably the hardest match I've ever wrestled in my life. When I stood up after that pin and everybody was cheering it felt so good," Granados said. "We were both pretty gassed. I got that headlock at the end and squeezed as hard as I could."

Granados was one of seven Columbus winners on the night. That matched the same split the two teams had against each other in Grand Island when Columbus won 35-31 and had five pins and two decisions - one point was deducted for unsportsmanlike conduct.

Tuesday it was four pins, a major decision and two decisions - five points less overall. Every match other than three, was a rematch of that first dual. None of the losers were able to turn around a result, but Columbus High's Rylee Iburg at 182 pounds, and Liam Blaser at 195, were unable to pin opponents they had put on the mat last month.

Brenyn Delano wrestled at 113 in the first dual but is down to 106 and won that match with a pin. That maintained the result Levi Cerny had at 106 at the Flatwater. Jesse Lewis, a returning state champ, defeated Delano 4-3 in Grand Island. He went unopposed on Tuesday.

"Liam went out there and tried to get a pin the whole time; you can't fault him for that. (Norfolk) told their guys to go out there and defend and survive, and they did, and our guys, who should get bonus points, we let them fall into their strategy, basically," coach Adam Keiswetter said. "Their guys that are the underdogs did great. We had a couple do that, but we also had a couple get pinned."

Junior Caydn Kucera (132 pounds) opened with a 5-2 win, the same margin he had over the same opponent a month ago, but then Norfolk won four in a row with two pins, a 2-1 win and an 8-2 decision.

Columbus trailed 18-3 at that point when Granados stepped on the mat for just the eighth head-to-head varsity match of his career. His opponent, Jaeden Thompson, was 15-5 before Tuesday but just a freshman and also in his first season of varsity.

The inexperience was clear. It was a 21-13 Thompson lead when Granados reversed, found the headlock and put Thompson on his back 32 seconds into the third. The match featured four reversals and five nearfalls. Granados was the one most frequently fighting off his back although he did create the first pinning opportunity.

A wild, unpredictable match had Thompson up 9-5 after the first and 16-13 after two. Thompson reversed to start the third and had Granados exposed to the mat and fighting off a pin when Granados reversed back and created, thus far, the moment of the year.

That's a quality Keiswetter has seen in the practice room. Bloomquist, who wrestled Dec. 2 against Grand Island and Dec. 17 at the Fracas, was replaced by Luis Garcia-Gomez in the dual with Hastings and on the second day of the Fracas. Granados had his first chance at that spot in the lineup this past weekend at the Manstedt Invite at Central Community College.

In his first-ever varsity action at one of the most prestigious meets of the year he was 3-3 and earned a sixth-place medal. He started the night in the dual against Skutt, a rescheduled event from New Year's Eve by falling behind 4-0 and suffering a pin in the second quarter.

His spot came up against just about two hours later. Whatever he does the rest of his career, he'll always have that one night against Norfolk.

"They were just scrapping. It was just guts. It wasn't technique, it wasn't anything to do with strategy, it was just guts; it was awesome to see," Keiswetter said. "As a coach you can teach them techniques, and they can learn strategies, but they've either got the guts or they don't."

Like everyone else on the roster, Columbus High's Brenyn Delano and Adrian Bice had designs on making history last season. Competing for the f…

Brawl breaks out between Cowboys, 49ers fans outside AT&T Stadium 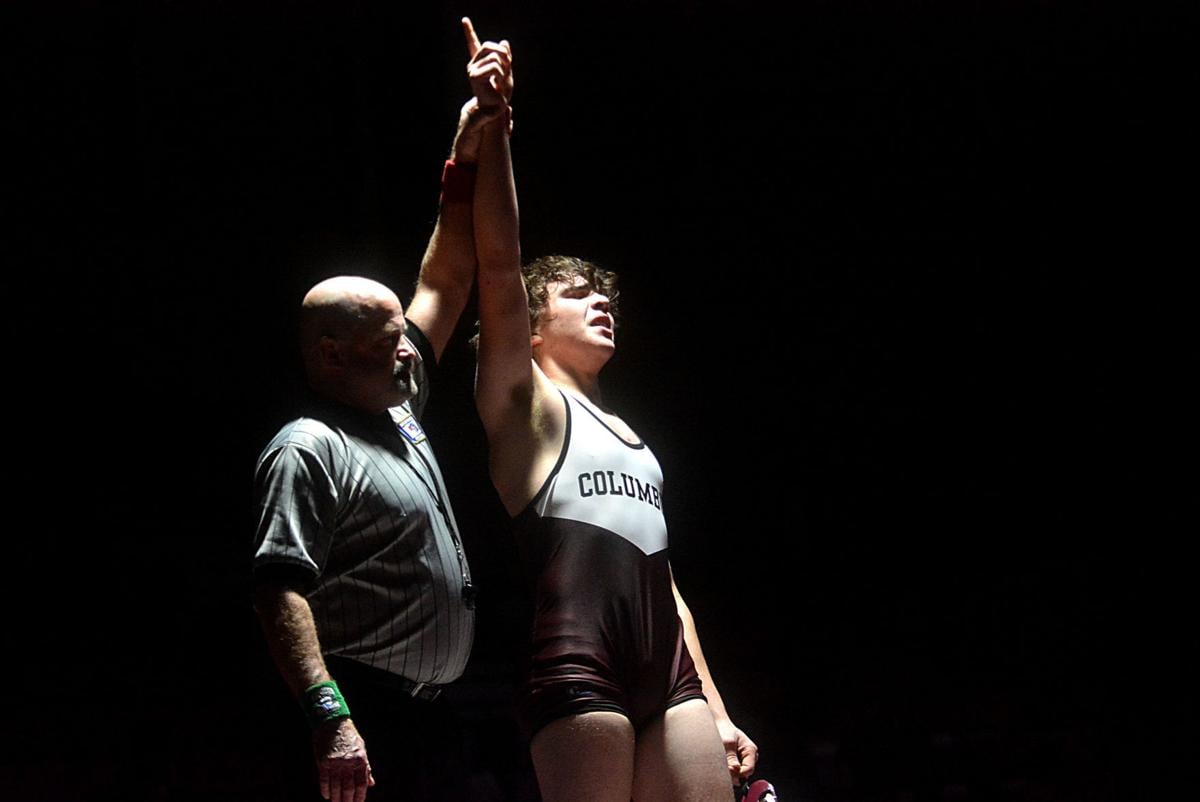 An exhausted Antonio Granados has his hand raised as the winner of the 170-pound match Tuesday in the dual against Norfolk. Granados trailed by eight in the third period, reversed and scored a pinfall victory. 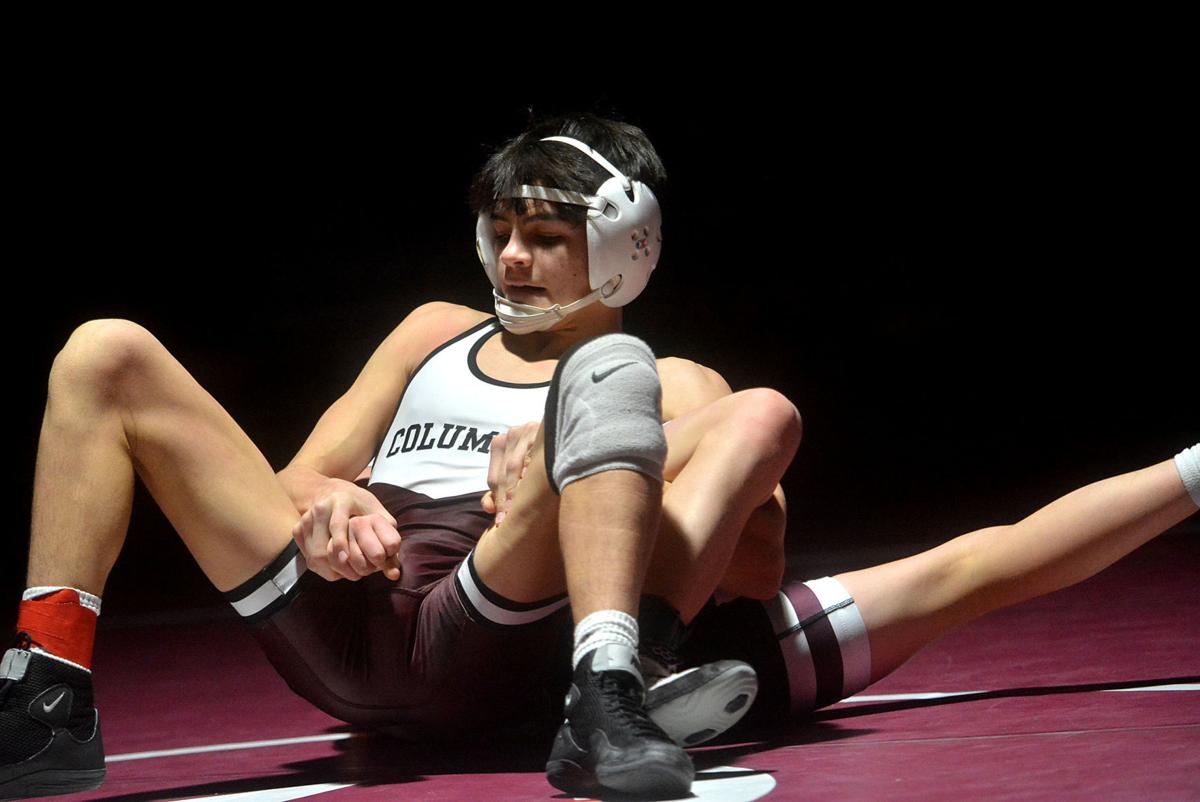 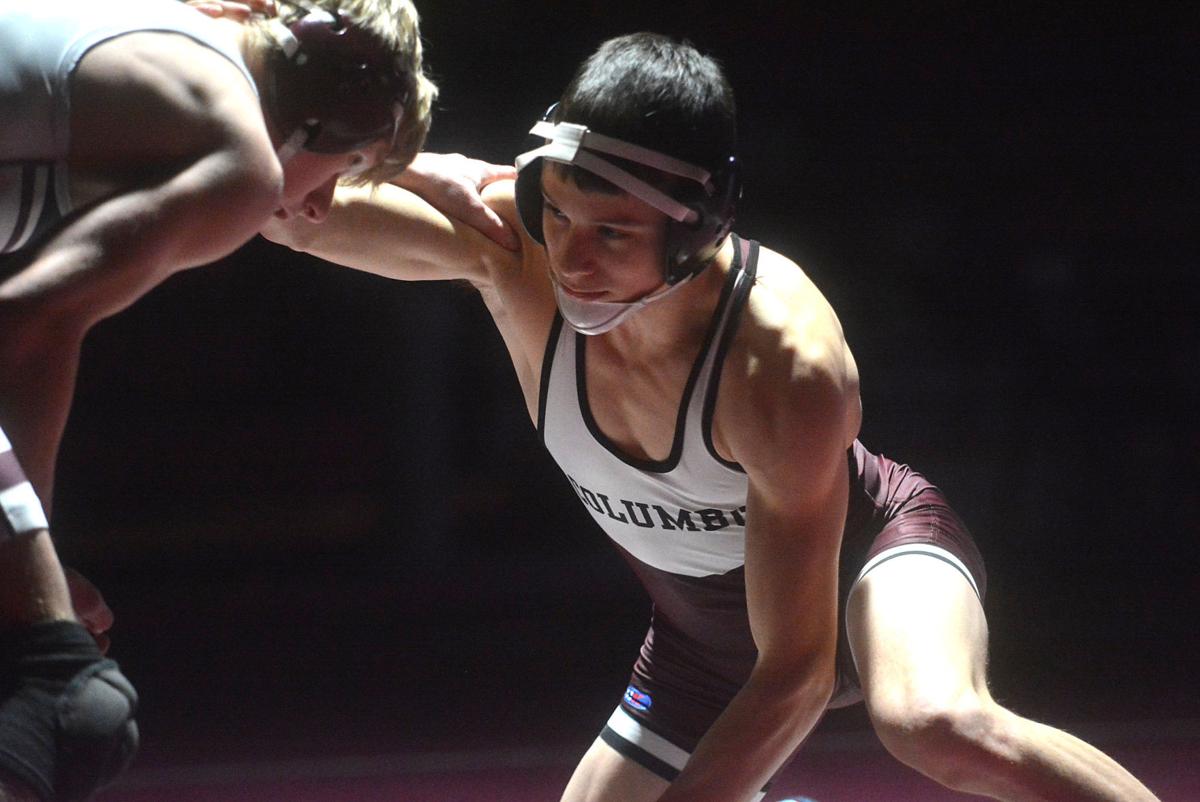 Columbus junior Adrian Bice looks for an opportunity to shoot in on his opponent in Tuesday's dual against Norfolk. 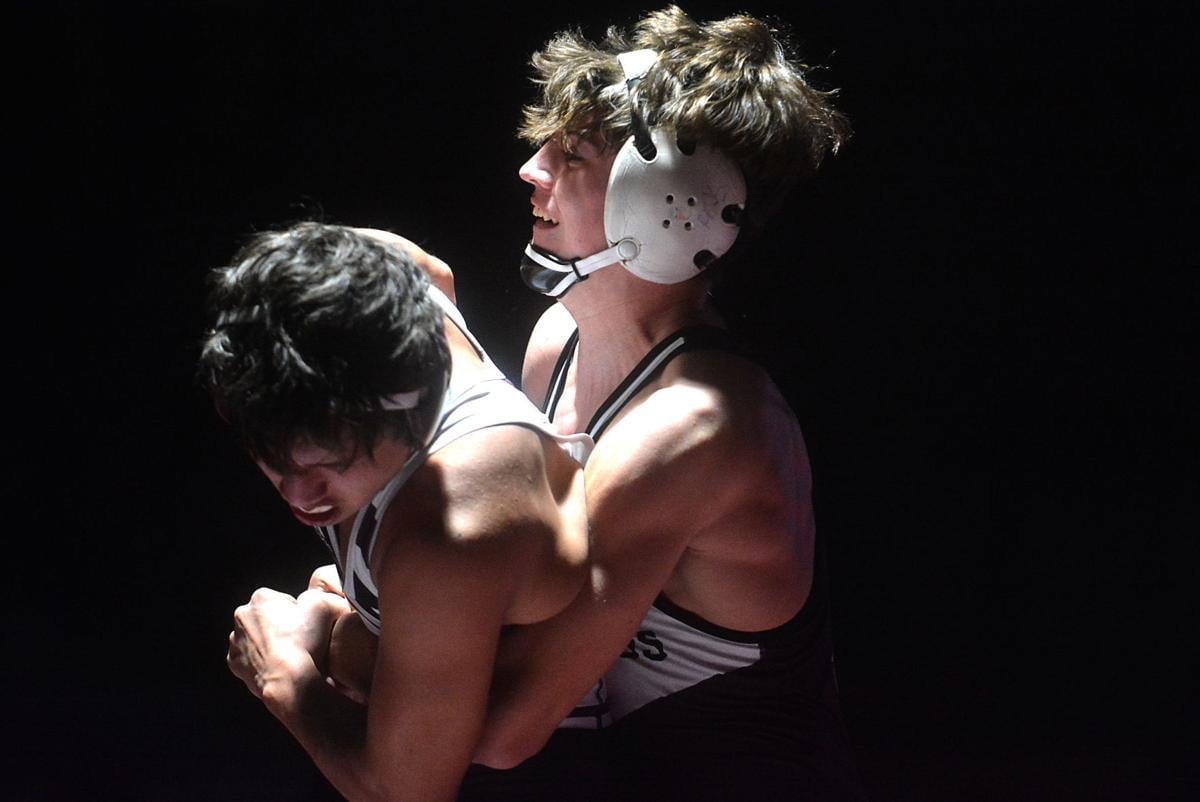 Discoverer junior Caydn Kucera fights to maintain control of his opponent in the opening match of Tuesday's home dual against Norfolk. 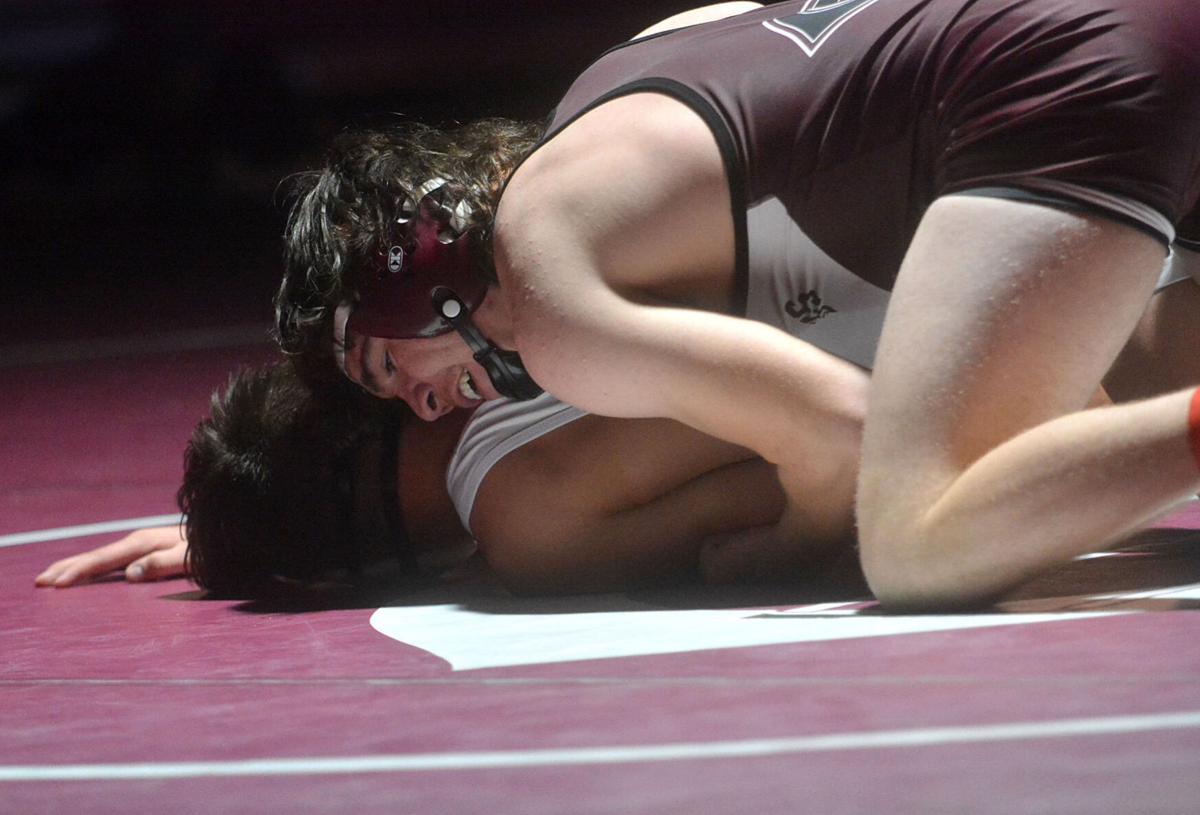 CHS sophomore Antonio Granados holds his opponent to the mat in the 170-pound bout of Tuesday's home dual against Norfolk. 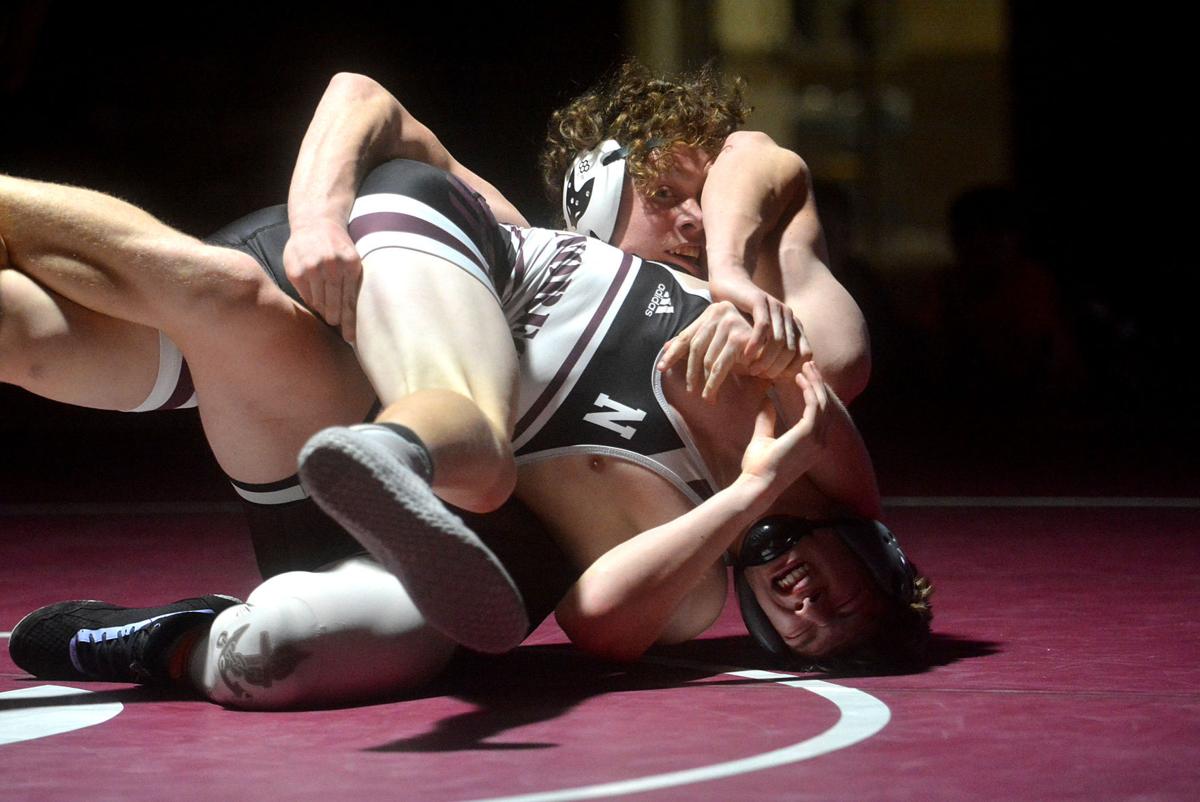 Columbus High senior Rylee Iburg attempts to tilt his opponent for back points in Tuesday's home dual against Norfolk. 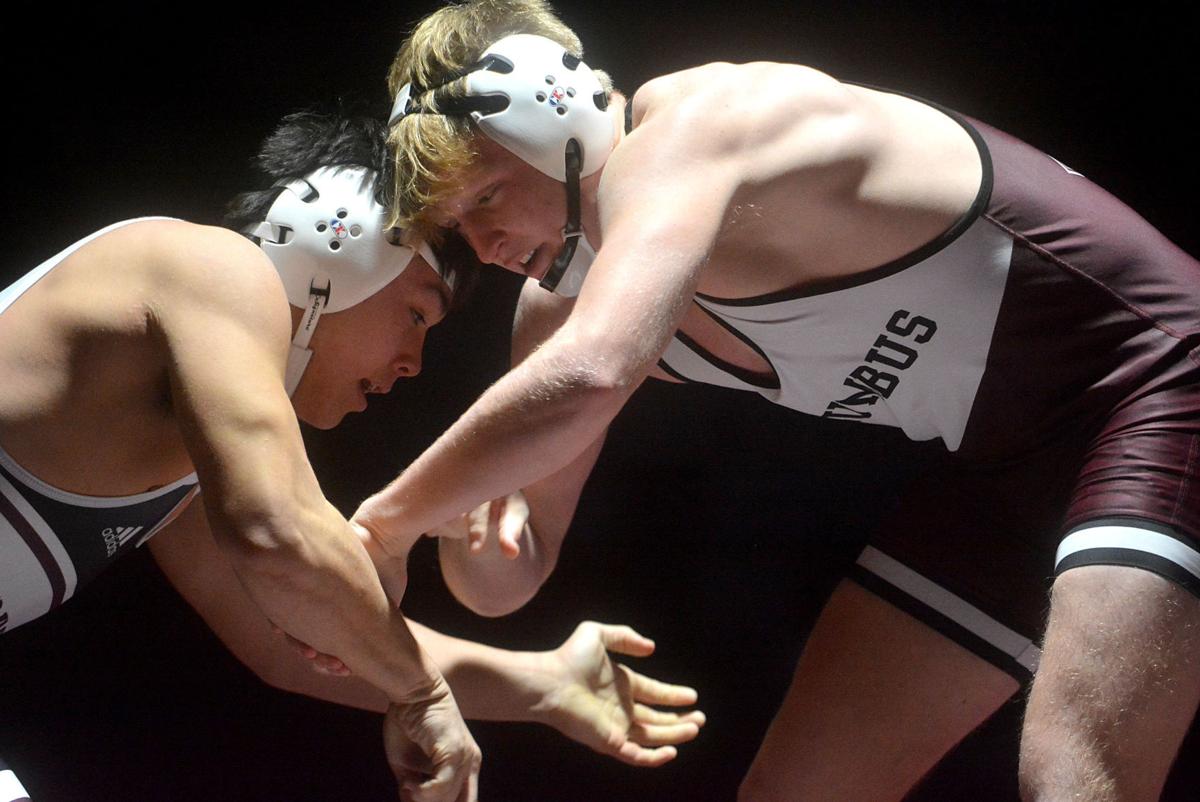 Discoverer junior Liam Blaser hand fights with his foe from Norfolk in the 195-pound match of Tuesday's home dual. 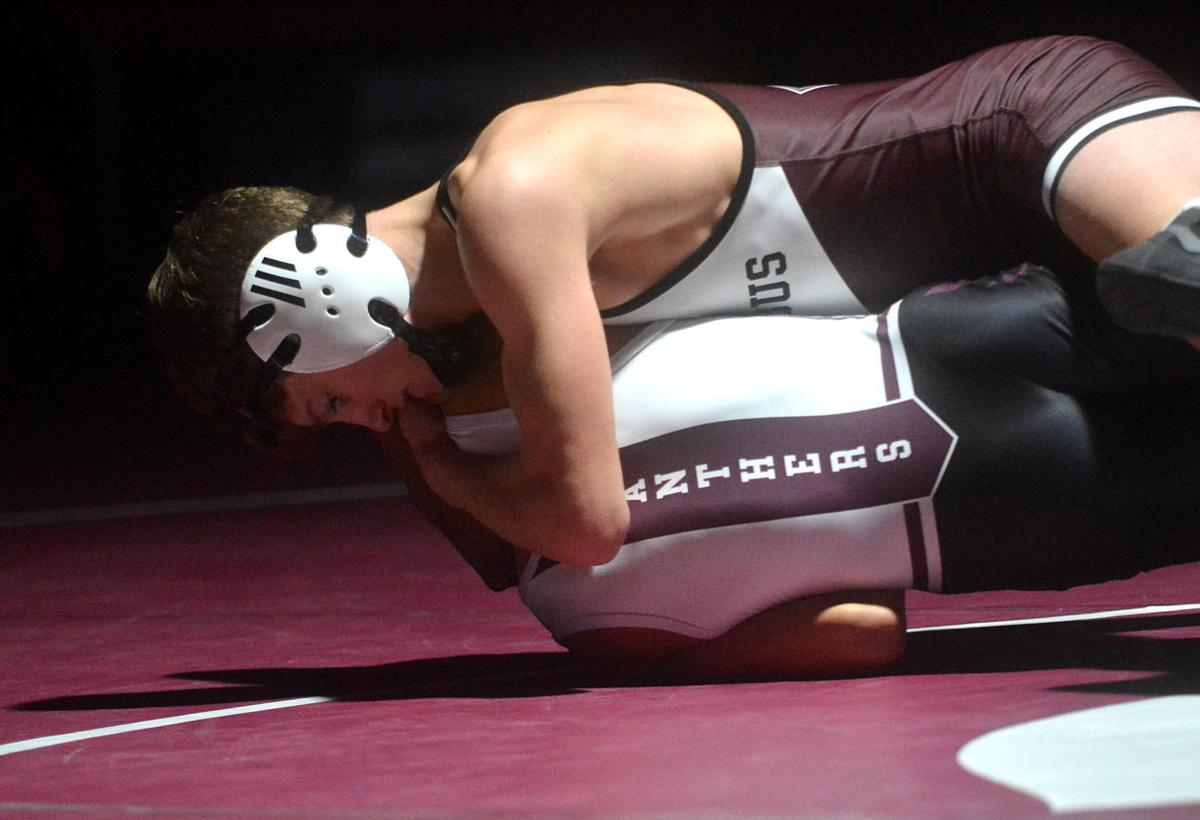 Columbus High senior Blake Cerny rolls up his opponent for an eventual pin in the 120-pound match as part of Tuesday's dual against Norfolk. 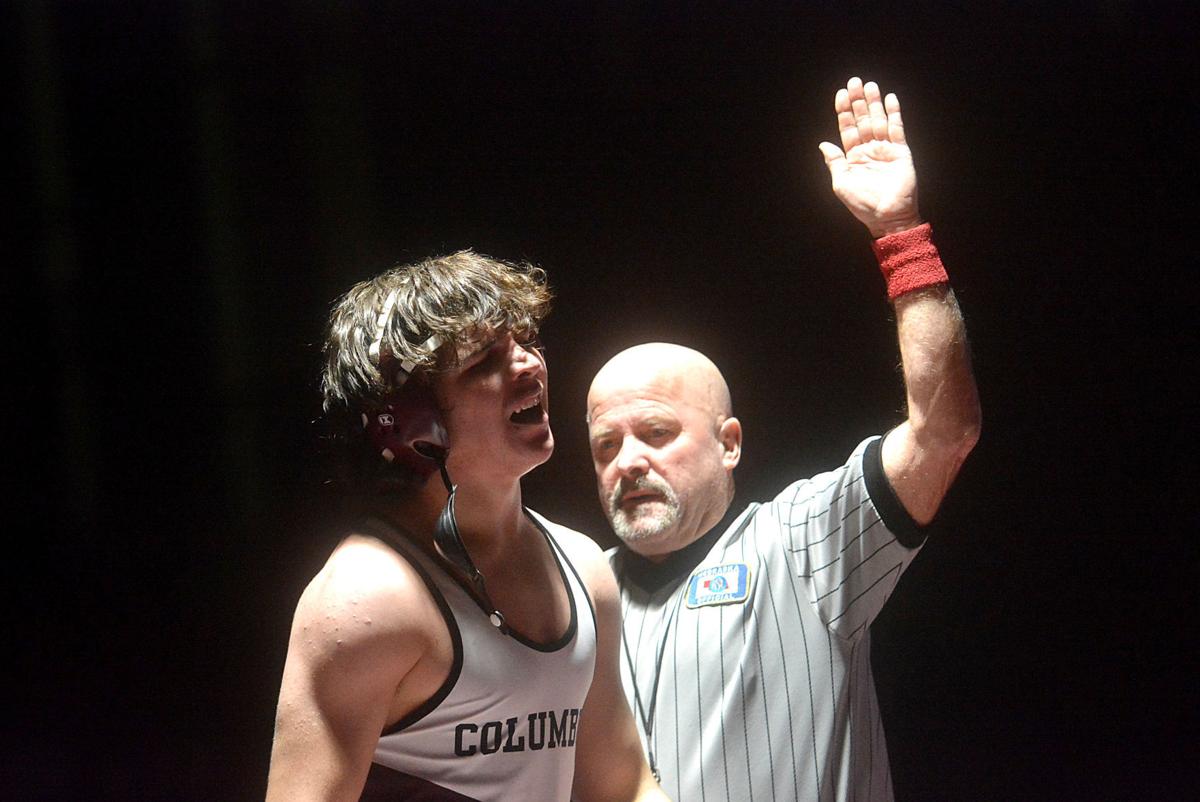 Columbus High sophomore Antonio Granados stands up from the mat moments after a reversal and a pin in Tuesday's dual against Norfolk. Granados was wrestling in just his eighth varsity match and filling in for an injured teammate that scored a pin in the same position of the lineup a month ago against Norfolk. Read the full story in the sports section on B1. 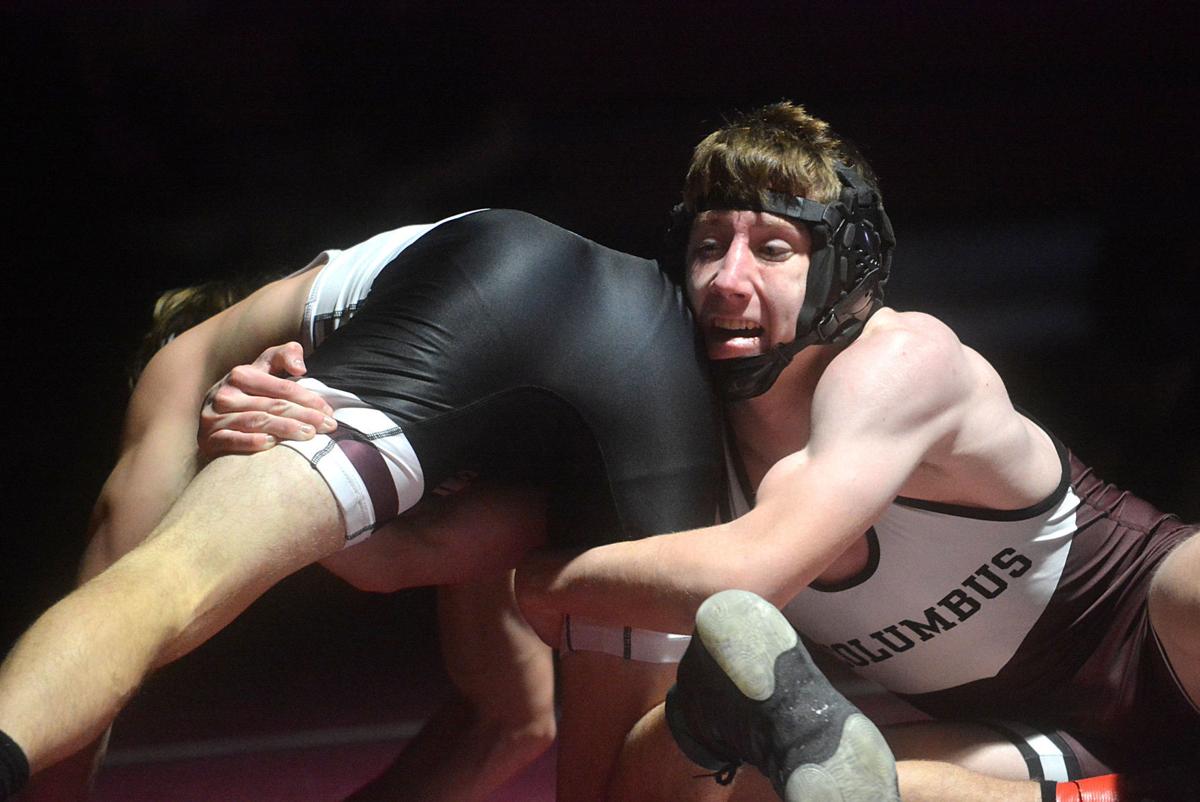 Columbus High sophomore Jaden McFarland struggles to maintain control during a scramble in the 145-pound bout of Tuesday's home dual against Norfolk.