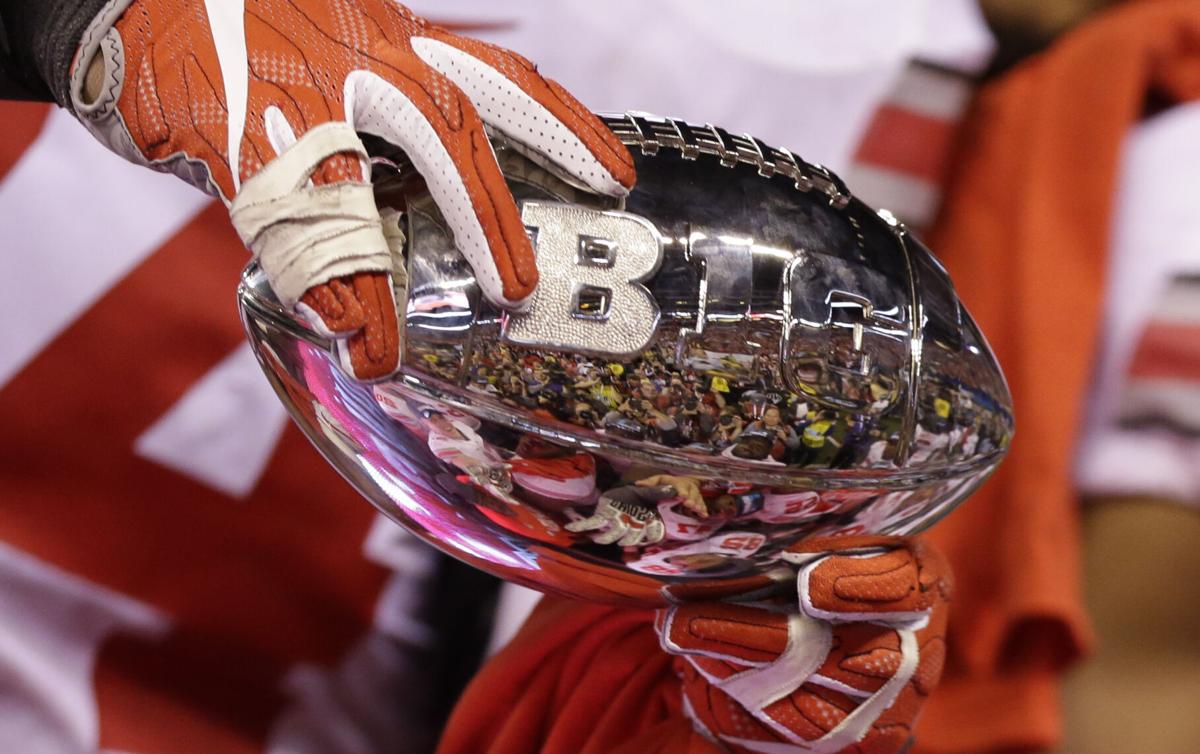 Eight Nebraska players dismissed their lawsuit against the Big Ten. 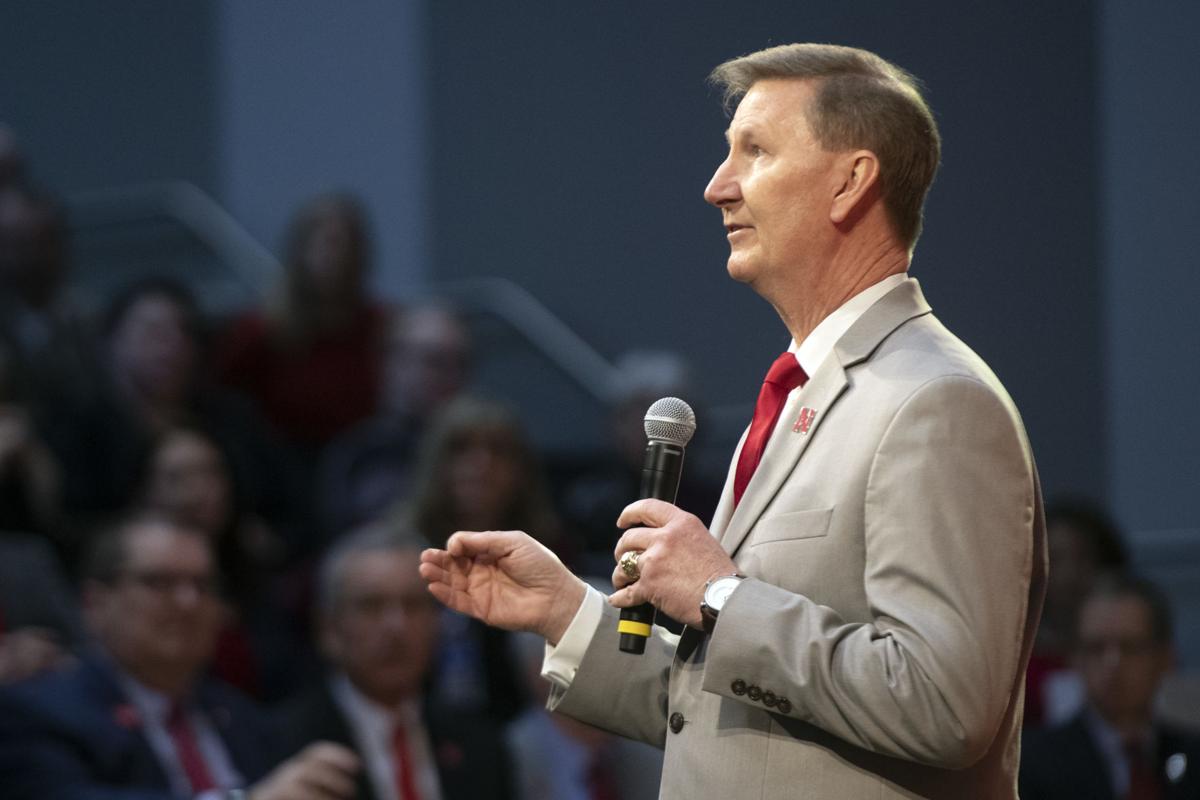 University of Nebraska President Ted Carter speaks during the State of the University address at Nebraska Innovation Campus on Feb. 14. 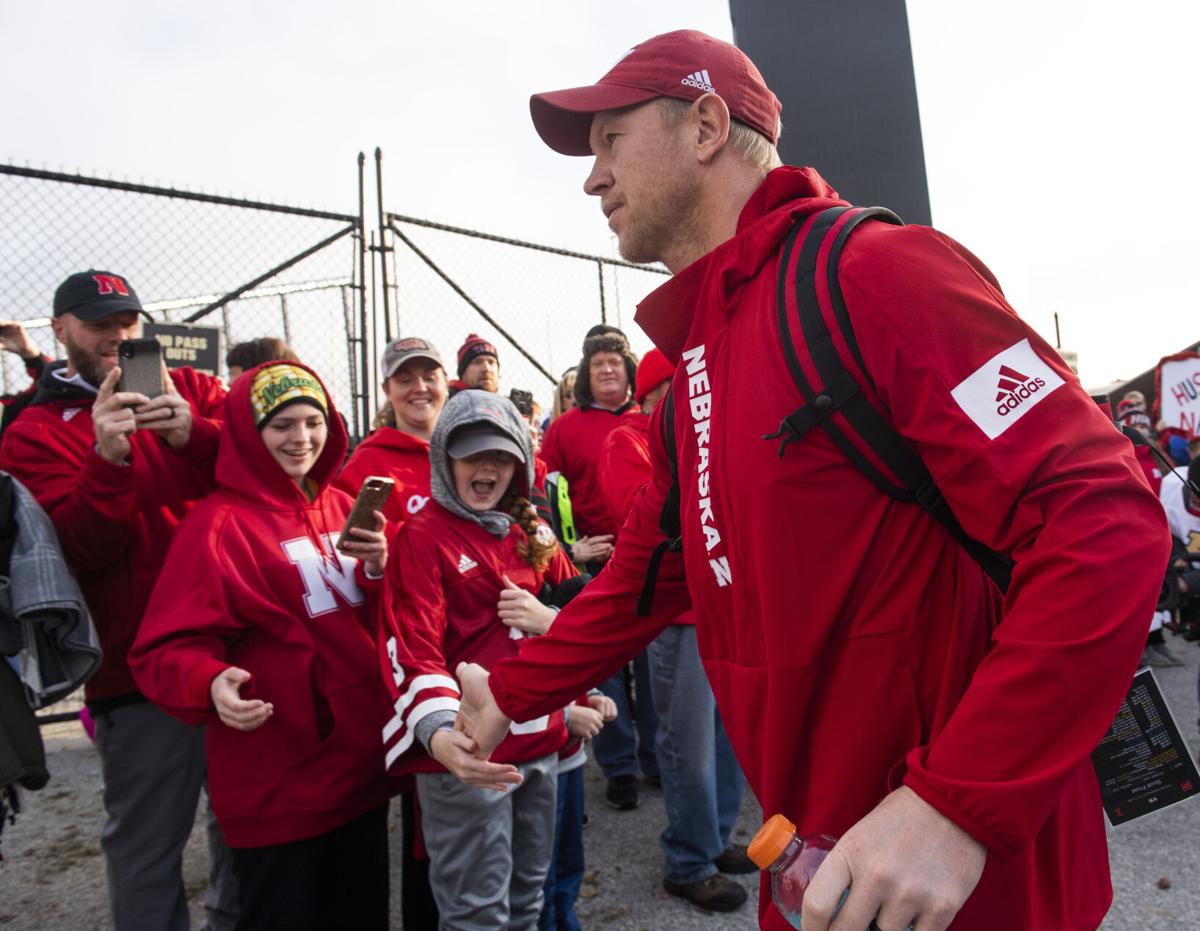 A day that began with University of Nebraska President Ted Carter being overheard on a hot mic saying that an announcement on Big Ten and Husker football would come Tuesday night ended with another day of players, coaches and fans waiting for a decision from the conference.

You can't make this stuff up.

"We're getting ready to announce the Huskers and Big Ten football tonight," said Carter in a conversation with Bob Hinson, director of the National Strategic Research Institute.

Later on Tuesday, the Milwaukee Journal reported a proposal to play a 2020 schedule has been approved.

But, as of 9:15 p.m. the Big Ten had yet to make an official or formal announcement and it was not clear if the Big Ten Council of Presidents and Chancellors had even voted to move forward with the season.

The Journal Star reported Monday night that a decision on the Big Ten season could be revealed as soon as Tuesday, with Oct. 17 as the likely starting date. The Big Ten Council of Presidents and Chancellors voted 11-3 on Aug. 11 to postpone all fall sports. Nine votes are needed to start the season. UNL Chancellor Ronnie Green is Nebraska's representative on the council — not Carter.

Asked Tuesday if either Green or Carter could elaborate on the hot-mic comments, Deb Fiddelke, University of Nebraska-Lincoln's chief communication and marketing officer, said, "When there is any news to share or confirm regarding any Big Ten board decision, it will be announced by the Big Ten. Chancellor Green and AD (Bill) Moos will comment at that time."

Multiple sources told the Journal Star that Oct. 17 is by far the most likely start date. Starting then would allow conference teams to play eight games in a nine-week window, with a conference championship game Dec. 19. The College Football Playoff field is scheduled to be revealed Dec. 20.

Commissioner Kevin Warren, in an Aug. 19 open letter to the Big Ten community, stated that the Aug. 11 vote by the Big Ten Council of Presidents and Chancellors "was overwhelmingly in support of postponing fall sports and will not be revisited." Warren cited too many medical uncertainties with COVID-19 as well as the amateur status of the student-athletes involved.

The Pac-12 followed the Big Ten's lead in postponing fall sports, although the Big 12, ACC and SEC pushed forward.

All the while, Nebraska and Ohio State have pushed for a season both publicly and privately. Buckeyes quarterback Justin Fields has been especially vocal, going so far as to launch an online petition, signed by hundreds of thousands, to play this fall.

A lawsuit in Lancaster County District Court brought by eight Nebraska football players was the impetus in revealing the Big Ten Council of Presidents and Chancellors indeed voted 11-3 to postpone the football season. The lawsuit, as well as pressure from parents from multiple Big Ten programs, added to the heat on the conference, most of it stemming from the desire for more transparency from leadership.

The Nebraska attorney general last week added his name to the list of those seeking transparency. The office of Doug Peterson on Friday issued a letter to the Big Ten notifying Warren that the conference appears to be out of compliance with the Nebraska Nonprofit Corporation Act.

Peterson's letter to Warren states (in part),"in light of recent allegations as to the Big Ten's deliberative process regarding whether to cancel, modify, or postpone the 2020 football season, our office hereby seeks additional information regarding whether the aforementioned deliberations were conducted in accordance with requirements of the Nebraska Nonprofit Corporation Act. …"

Peterson seeks specific information by no later than Sept. 21, including all information, opinions, reports and statements that went into the conference's decisions concerning the 2020 football season.

On the heels of Day's and Franklin's comments came news that Nebraska had acquired 1,200 rapid antigen tests and it will be able to regularly test student-athletes in a much faster fashion than the nasal swab, polymerase chain reaction testing currently used. A day later, the Lincoln-Lancaster County Health Department stated it had increased the allowance to 30,000 spectators in outdoor venues.

It all pointed to Nebraska playing host to games this fall. The Huskers, led by third-year head coach Scott Frost, have been practicing in recent weeks, although NCAA rules limit teams not playing to 12 hours per week of football-related activity, including five hours on the field. The number would rise to 20 hours per week of activity the moment a schedule is announced.

Starting Oct. 17 would allow conference teams to play eight games in a nine-week window, with a conference championship game Dec. 19.

70 at 50: Bill Kosch was part of two national championship teams, but his favorite came later

Bill and Jesse Kosch have been part of five Nebraska national titles. But Bill makes sure his son knows none were as important as the first.

According to multiple sources, rapid-response testing for COVID-19 has helped turn the tide in favor of playing sports this year after all.

'It's a celebration:' Big Ten football is back (again), and Nebraska is ready to get started

The plan is for the season to begin the weekend of Oct. 23-24, and it revolves around rigid coronavirus protocols.

For now, no fans allowed in Memorial Stadium when Huskers return to the field

Nebraska AD Moos says both he and UNL Chancellor Ronnie Green "pushed very hard" for the Big Ten to allow attendance based on local authorities.

Revisiting Johnny Rodgers' first varsity game for the Huskers, and the story of how Bob Devaney steered him from USC.

Eight Nebraska players dismissed their lawsuit against the Big Ten.

University of Nebraska President Ted Carter speaks during the State of the University address at Nebraska Innovation Campus on Feb. 14.