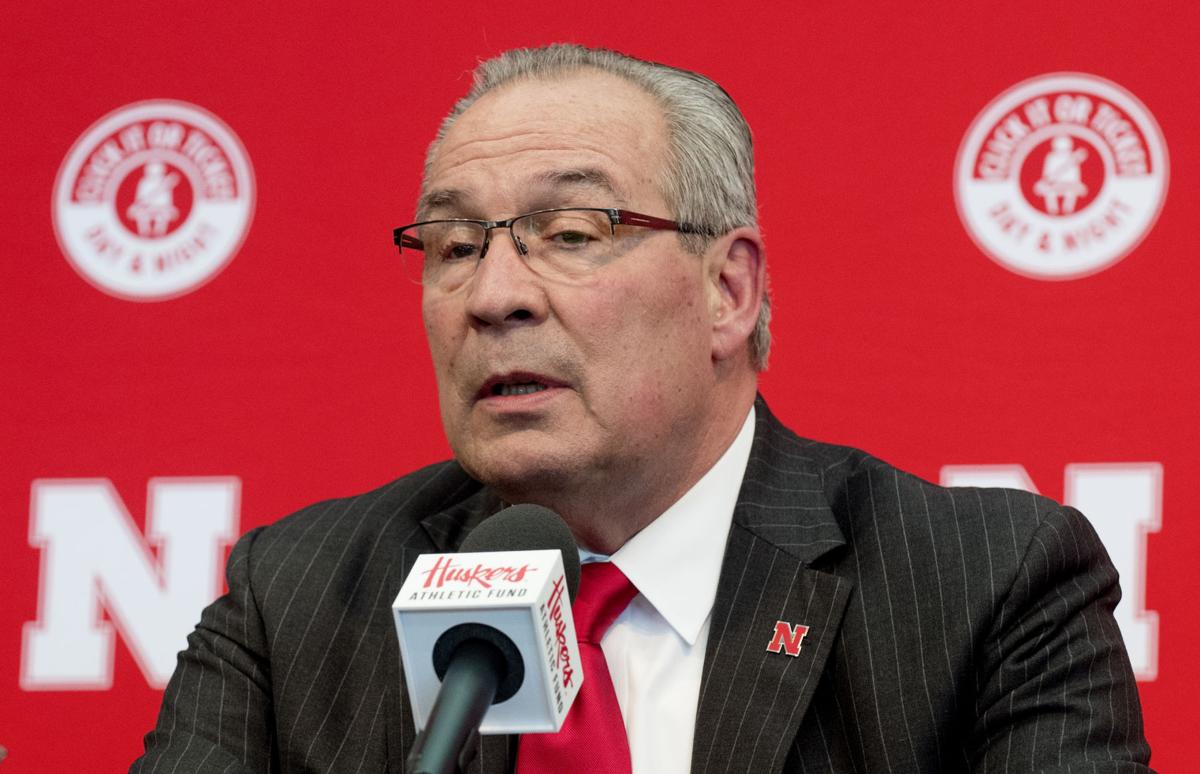 Let's begin with a worst-case scenario.

Let's just get it out of the way.

Considering the coronavirus' wide-ranging impact around the globe, and concern about a second wave of the virus possibly arriving later in the fall, it seems well within the realm of possibility that the Nebraska football team could play in a mostly empty Memorial Stadium in 2020.

"There's always a possibility of that," he told the Journal Star on Friday. "I think it's more likely the season will be shortened, and (the start) pushed back to the end of September, than having no fans at all. But who can say? We're competing with a virus, and we really don't know when it'll be over and when everybody will be comfortable.

"We have to have a lot of different options and scenarios that really are contingent on where COVID-19 is going late in the summer and on into the fall."

For instance, Moos said, he can't say for certain that Nebraska will play all — or even any — of its nonconference games. Nebraska is scheduled to begin the season Sept. 5 against Big Ten opponent Purdue, then play three straight non-conference games the following three Saturdays in Lincoln: against Central Michigan, South Dakota State and Cincinnati.

Moos said he would like to see hard-and-fast scheduling decisions made by the end of June. Along those lines, he said, the ability to bring football players to campus beginning June 1 — a development that was finalized Friday — was a critical first step.

Construction on NU's $155 million football training facility to be delayed

Meanwhile, Moos and other athletic directors will continue to assess the crowd question. How many fans will be allowed in stadiums? Ohio State athletic director Gene Smith told reporters earlier this week that his athletic department has run several social distancing models to consider having fans in the stands at games this fall, and Ohio Stadium, with a normal capacity of more than 100,000, could hold a crowd closer to 20,000-22,000 fans and up to 40,000-50,000 "if guidelines are relaxed."

"We're way down the road in assessing that aspect, too," said Moos, forever mindful of Nebraska's 375-game sellout streak. "To me, if all we can have is 40,000 people in the stands, and 40,000 show up, then we've preserved the sellout streak."

Let's wrap up this discussion by pondering the notion of a full Memorial Stadium on Sept. 5. How likely is that?

"Let me just say this," Moos said. "In wrapping up my third year here as athletic director, I fully understand and appreciate and am so grateful for our passionate fan base. If it was permissible, I wouldn't doubt that we would fill up the place. The spirit of Nebraskans and their passion for our university and for the program, I could see people saying, 'Hey, I haven't missed a game in four decades, and I'm not going to start now. Give me the mask! Let's go!'"

Moos, though, recognizes local restrictions could come into play.

"I'm of the belief that if the state says we're good to go, if it's permissible within our locale, let these fans come enjoy the Huskers and major college football," he said. "They're adults. If they're worried about the prospect of getting this virus, that can be a personal decision."

Construction on NU's $155 million football training facility to be delayed

School officials confirmed to the Journal Star on Friday that construction on the massive facility, which is set to rise on the current Ed Weir Track, will not begin in June as scheduled.

Nebraska performance nutrition director Dave Ellis said he expects to see "significant gaps" in the physical condition of student-athletes as they move back toward on-campus workouts after more than two months of shutdown due to the coronavirus.

Moos said Nebraska's plan for bringing student-athletes back to campus is detailed and thorough enough that the Big Ten requested that it be shared with other schools in the conference.

Moos said Nebraska's plan for bringing student-athletes back to campus is detailed and thorough enough that the Big Ten requested that it be shared with other schools in the conference.

The tools. The plan. The comparison. Scott Frost and NU football leaders have seen this story before as it welcomes in Heinrich Haarberg.