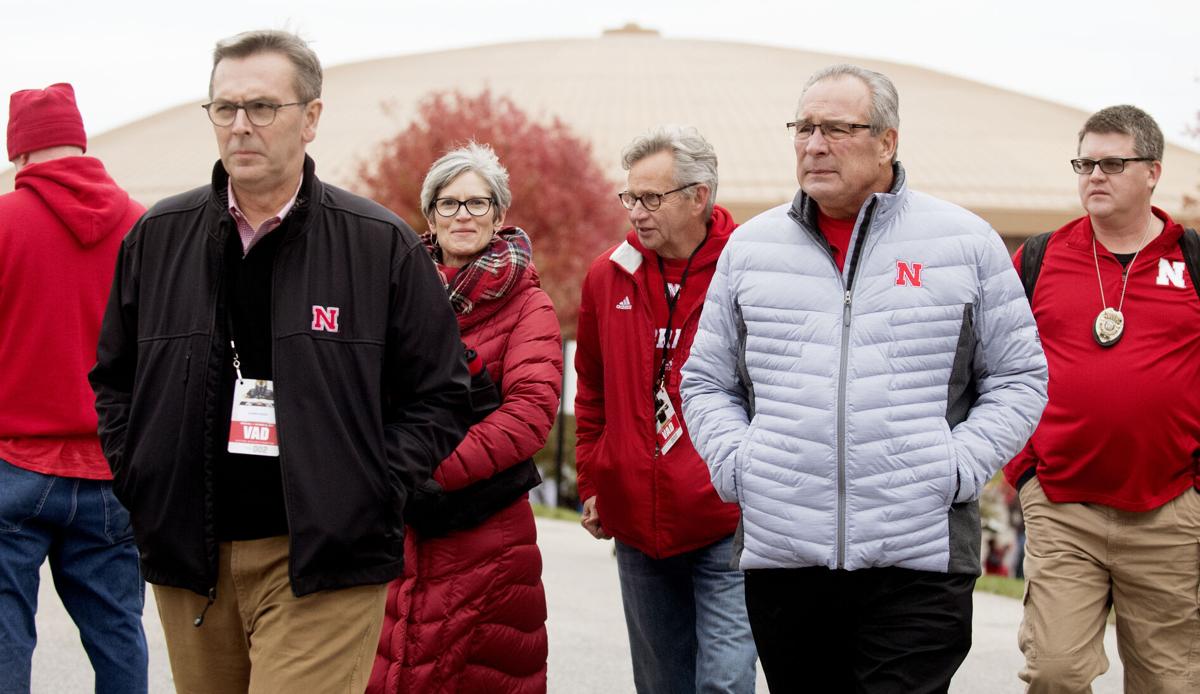 Bill Moos can chuckle about it. But it's become a nervous chuckle.

Saturday will mark the first day of August, and the Nebraska athletic director was unsure Thursday as to exactly when the Husker football team might open the 2020 football season. He's not even sure of the opponent at this point.

Such is life during a pandemic.

"It's challenging, to say the least," he said.

Moos, though, remains guardedly optimistic that a season will be played.

"But definitely, as we know, it's going to look different, and it could change throughout its course," he said.

He said the Big Ten is considering a spring season as only a "last option" among several.

Nebraska was originally scheduled to open the season Sept. 5 against Purdue and then proceed with a 12-game schedule. But the Big Ten announced weeks ago that it would play a conference-only schedule in all sports, and Moos said Thursday the league isn't relenting in that regard.

Might the Big Ten announce a 2020 football schedule as soon as Friday or perhaps during the weekend?

"I would hope so," Moos said. "I can't say I'm fully optimistic. Personally, I feel we need to get the schedule out as soon as possible."

Yes, it's a challenging situation, and awkward.

"But I've been here long enough to appreciate and really admire and respect the businesses of Lincoln who depend on those seven Saturdays (of home games) to survive. There's an impact on those good people and just the overall morale of our fans and population.

"And then you have the players. They started working out voluntarily way back on the first of June, and here we are a week from starting camp, and they can't look at a schedule and go, 'I want to study some film on that guy.'"

As for how many fans might be able to attend Nebraska home games, Moos said that matter remains under discussion. Ohio State announced earlier this week it will limit capacity at Ohio Stadium this season to 20%, and that’s if any spectators are permitted at all.

"Those discussions here are moving hopefully in a positive direction," Moos said. "But we have to continue to monitor the pandemic. That's just another example of why we want to get some solid answers. We have to plan differently for a half stadium than a full stadium."

"I would be ecstatic if that were the case," he said. "I know it's probably not going to be the case around college football. But our location plays in our favor just because of the numbers and how healthy the environment is here."

Moos, however, is mindful of the dangers presented by the coronavirus. It's put a number of Major League Baseball games on hold because of an outbreak of cases on the Miami Marlins.

"It was an illustration of how fast this thing can go in a bad direction, and the impact it had on not just the Marlins," he said.

He raises the possibility of a Nebraska football game being postponed or canceled, and the wide-ranging residual impacts.

"You'd be saying, 'OK, we have to cancel a charter. We have to cancel hotel rooms and by the way, we may need those back in four weeks or whatever," Moos said. "That's a nightmare."

Moos said his administrative staff has handled matters "incredibly well." He said 80% of the staff is working from home, although Moos was in the office Thursday.

He noted the possibility of the NCAA postponing fall sports championships (other than football at the FBS level) to the spring. The NCAA Board of Governors is scheduled to meet on the matter Tuesday. Omaha is scheduled to play host to the NCAA volleyball Final Four Dec. 17-19.

If the Board of Governors were to postpone fall sports championships to springtime, some people have speculated that it would create an awkward situation for the FBS and its College Football Playoff — both of which essentially operate outside the NCAA's direct oversight.

Would there be pressure on the FBS and CFB to postpone?

"I think you can look at it a couple different ways," Moos said. "What it would do in a positive sense is take more traffic out of your (athletic department) buildings. That creates less of a chance of contracting the virus.

"The argument on the other side is this: Why is it OK for football to practice and compete, but it's not OK for sports like volleyball and soccer? I would say this: Without the football money, there probably wouldn't be volleyball and soccer. Our coaches all realize that. They all understand the importance of successful football, especially at Nebraska.

"There's nobody in our program pulling harder for football to be successful, and to compete this fall, than our other coaches."

Following Wisconsin's cancellation, the Huskers had an FCS opponent lined up. But the league voted against allowing Nebraska to play.

Cam Taylor-Britt and Deontai Williams could potentially miss the first half of next week's game against Wisconsin because of targeting penalties.

Many Nebraska fans will never get used to highlighting positives in a 35-point loss. It's hard to blame them.

Huskers-Badgers canceled due to COVID-19 issues at UW

Wisconsin head coach Paul Chryst is among the 12 members of the football team to test positive, prompting the program to pause activities.

The Big Ten announced Monday morning the Week 3 schedule and the Huskers and Wildcats will kick off at 11 a.m. at Ryan Field in Evanston, Illinois.

The Seward graduate played career game No. 230 with the Ravens last Sunday, a franchise record.

Ryan Day calls Ohio State being 1-0 a "great day," but says he would have handled the Buckeyes' last touchdown differently if he had it to do over again.

"It's a blessing to be on the field at all," says Luke McCaffrey, who's playing a multi-faceted role for Huskers after finishing No. 2 in the QB race.

The Scene: No band, no spirit squad and no tailgating: 'Pulling up to the stadium was weird. Very weird'

All told, about 1,600 people were on hand at Ohio Stadium, according to Ohio State athletic director Gene Smith.