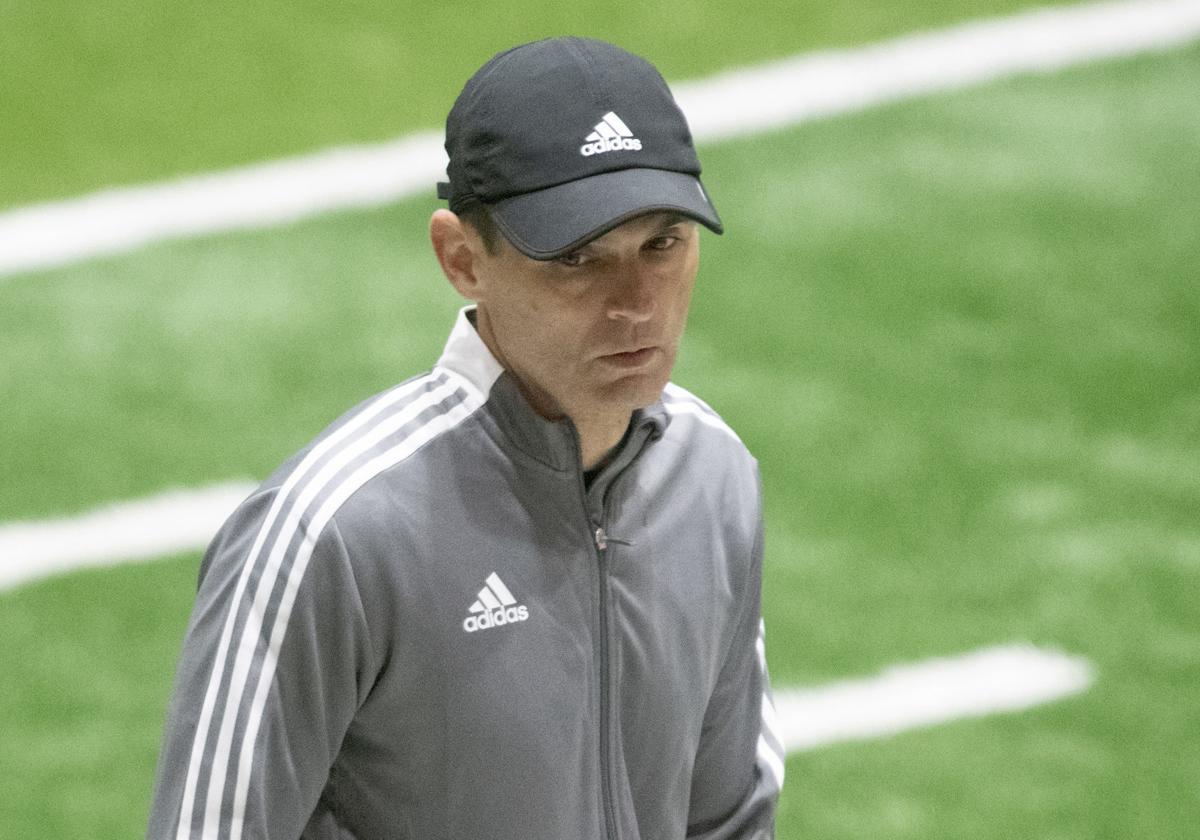 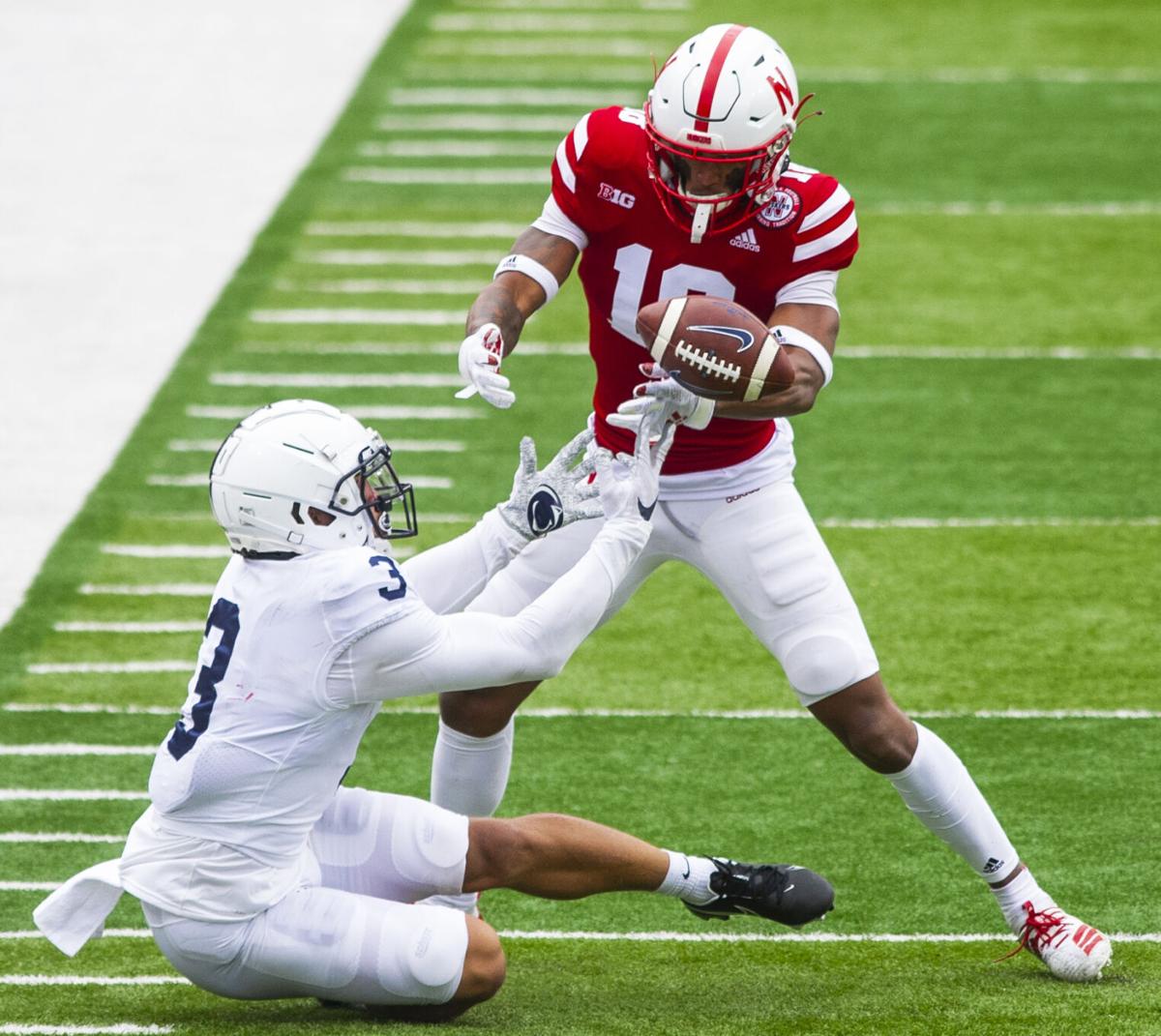 The night before last December's game at Purdue, Nebraska secondary coach Travis Fisher told safety Myles Farmer he was going to play a significant role — perhaps a more prominent role than he had all season.

Then came a serious ankle injury during warmups that stopped many Husker players and coaches in their tracks.

Farmer on Wednesday described it as "a freak accident."

'We're about where we should be': At spring's midpoints, Husker coordinators see progress

"We were doing a fade-ball drill," he said. "I went up to try to jump for the ball, and my foot got stuck in the ground. That's all."

Farmer said his ankle feels good now, although it's not 100% healed. Because he isn't fully healed, coaches have held him out of extensive special-teams duty through eight practices this spring. Even so, he's competing for a starting job at a safety position that includes seniors Deontai Williams and Marquel Dismuke as well as freshman Isaac Gifford and redshirt freshman Noa Pola-Gates.

The 6-foot-3, 205-pound Farmer, of Atlanta, played in each of last season's first five games with one start before the injury. He had earned his first career start in the third game, at Northwestern, and finished with a career-high three tackles while intercepting a pair of passes, which led to 10 points.

'Really clicking': After appearing in 10 games in 2019, Quinton Newsome played extensively last season as a sophomore, contributing on defense and special teams. He finished the year with 11 tackles.

In tight competition with a handful of players this spring at the cornerback spot opposite Cam Taylor-Britt, Newsome thinks his experience helps greatly.

"I feel like last year really helped me out, getting on the field. Because now that I have that experience, in spring ball, it's like everything is clicking for me," the Suwanee, Georgia, native said. "It feels like everything's slowed down.

"Last year, everything was just so fast. This year, I feel comfortable back there."

Receiver progress: Nebraska coach Scott Frost has said more than once since January that the Huskers have more depth and talent at receiver than at any point since he arrived at NU in late 2017.

"They're way faster," he said. "Their routes are way better. There's just more depth, so that's good. As long as they're better, they're going to make us better. We're happy about that."

Special teams talk: Throughout the spring season, there's been ample discussion about Nebraska turning up the intensity on special teams.

There was more of that talk Wednesday, in large part because reporters continue to ask about it.

"Coach (Mike) Dawson made it a big point that special teams are important, and so has Coach Frost," Farmer said. "We go out on special teams to start practice, and we go 100 (percent)."

"There's a lot of intensity," he said. "In meetings, we're at full-on attention — hats and hoods are off. We come out to practice, we stretch and go straight to special teams. And it's locked in from there on. I mean, there a lot of guys fighting for spots on special teams because that's where it all starts.

"It's just going to be a real big piece of emphasis this spring and next fall. I look forward to it."

Manning makes strides: Nebraska junior wide receiver Omar Manning was not dressed for a practice that reporters saw 30 minutes of last week, but he’s been back in action since, and offensive coordinator Matt Lubick on Wednesday said he likes the progress the 6-4, 225-pounder has made this spring.

Manning played in just one game in 2020 and didn’t have a catch after arriving to NU as a junior-college transfer heralded as a potential program-changer.

“He was a first-year player last year that had hardly (any) reps because of health issues, so stay healthy No. 1, which he has been,” Lubick said. “He’s been a lot more consistent and then just confidence. You get confidence with reps and the more times you’re out there.

“We see that, he’s improving every day and it’s been fun to watch.”

Payne report: Every college football player was affected by the pandemic-induced shutdown last spring, but first-year players probably most of all.

Defensive coordinator Erik Chinander reeled off a few 2020 newcomers benefiting from this spring, and started the conversation with outside linebacker Pheldarius Payne.

“He comes in, he has a shoulder deal so he doesn’t get a good strength and conditioning session. Then spring ball gets canceled on him. Then fall camp is moved back,” Chinander said. “So he was a guy that just needed a great summer and winter conditioning session and he needed spring ball. This will be a great year for him. He’s been through the program now, he’s healthy. He’s been in the weight room and he’s got a lot of reps this spring.”

Payne appeared in all eight games for NU in 2020 as a rotation player, finishing his first season out of Lackawanna (Pennsylvania) Community College with 21 tackles (two for loss) and a sack.