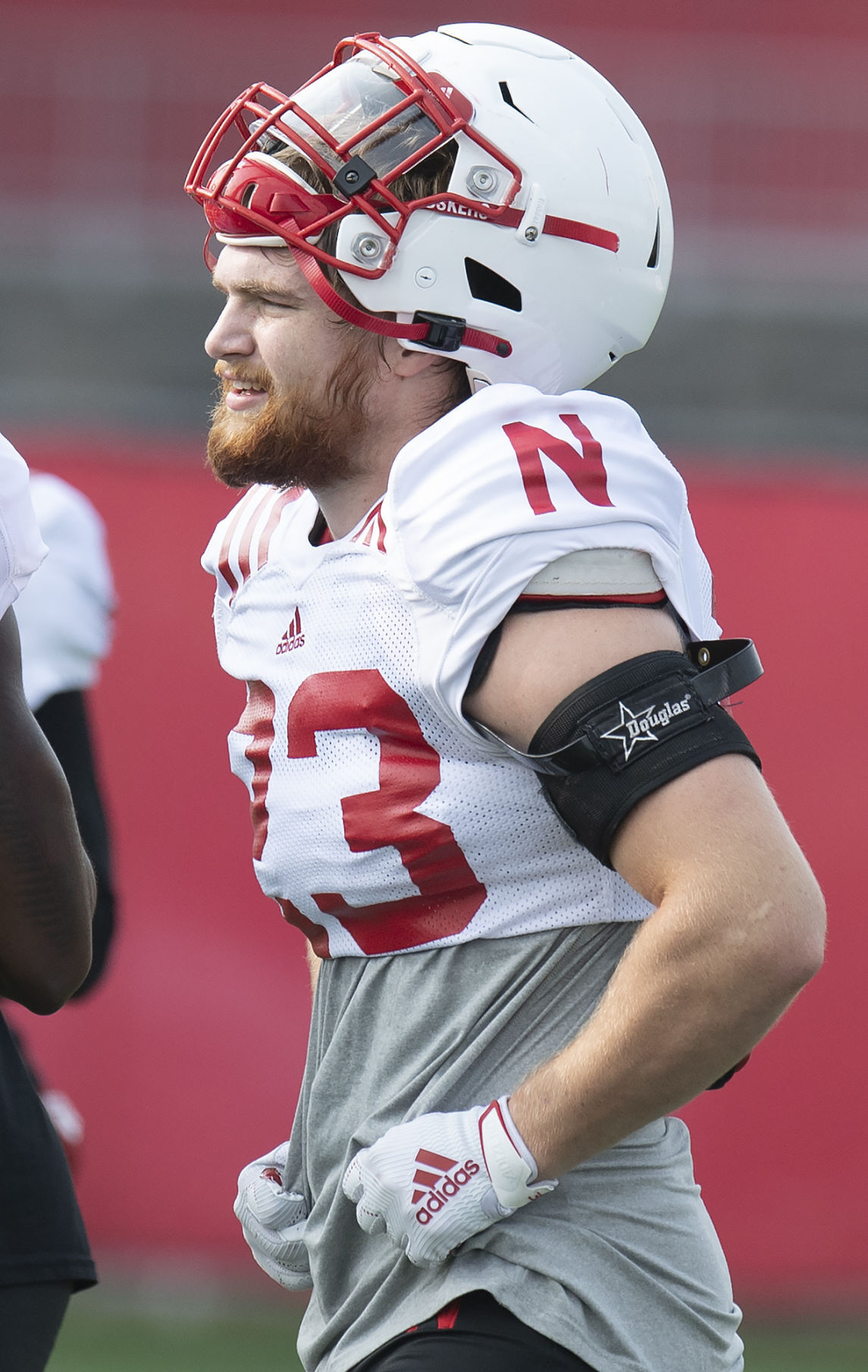 Safety Isaac Gifford will likely be in line for more playing time this weekend at Wisconsin. 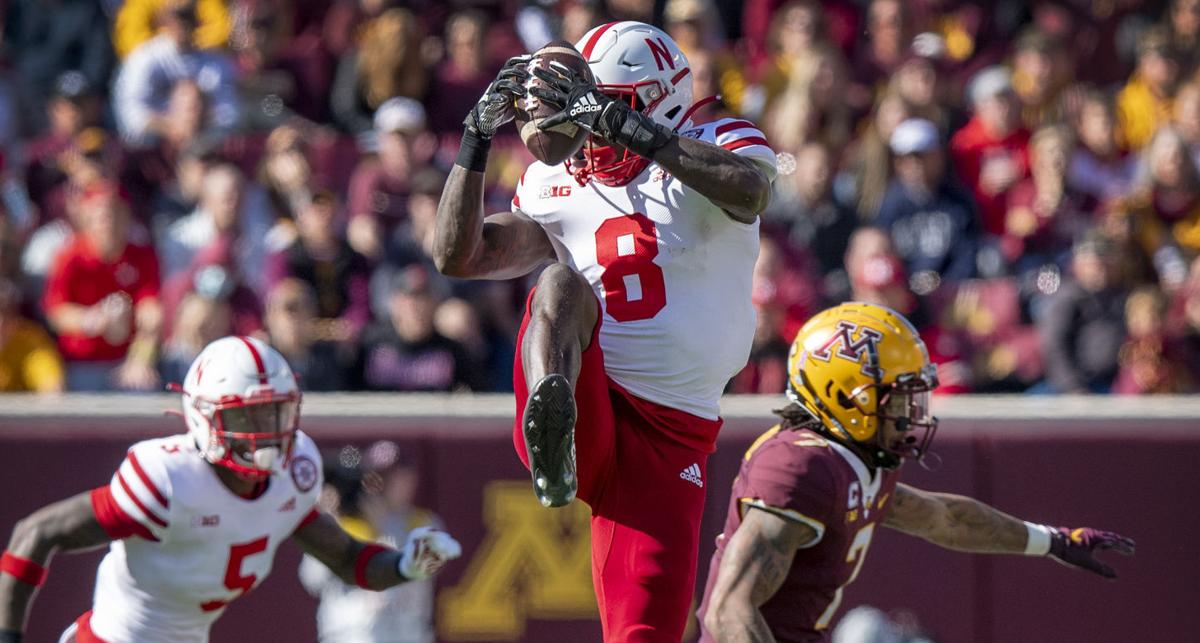 Nebraska safety Deontai Williams (8) injured his knee on this interception against Minnesota on Oct. 16 in Minneapolis.

Nebraska senior safety Deontai Williams, who’s missed the past two games with a knee injury, is practicing this week and may play Saturday.

“Hopefully, he’s ready to go. We’ll see,” Husker defensive coordinator Erik Chinander said. “He’s got a lot to do with that. How does he feel? He can be cleared as long as he feels good.”

“I’m looking forward to him playing in the football game (Saturday), whether it’s a limited amount of snaps or the whole game,” Chinander said. “We’ll kind of see as the week goes on with him.”

“I think the guys want him to play,” Chinander added. “I think it allows us to rotate some more guys through, which at this time of the season becomes a big-time asset, especially when you’re playing in a physical football game like this. I think it’s a good morale boost to the defense and a physical attribute as well.”

In Williams' place, redshirt freshman Myles Farmer has started the past two games and played well overall. Before Williams' injury, Farmer was playing in rotation with Williams and sixth-year senior Marquel Dismuke.

Chinander recognized: Chinander received some pleasant texts Monday night as he was watching film in preparation for Wisconsin.

The texts were regarding Chinander being among 58 nominees for the Broyles Award, which annually is given to the nation’s top assistant coach.

“Obviously, I feel very honored to be mentioned with the other group of coaches, and to be considered by the Broyles Foundation and Broyles family,” he said. “But, with that being said, usually if things happen in a bad way on defense, that falls directly on me. These types of good things that happen — awards and those types of things — that’s a direct reflection of the assistant coaches and players that we have. I know that, and I know I wouldn’t be under consideration if we didn’t have the type of kids we have and the type of men we have coaching those positions.

“I’m thankful for them as well.”

The Montana graduate transfer has two games left in his Husker career and now will play them without most of the offensive staff that recruited him to Lincoln.

“It’s crazy. It feels like I just got here. The season’s went by pretty fast. My time here went by fast. But I’m just looking to finish this out strong and hopefully set a foundation for the team next year.”

“I would say it’s definitely worked out. I’m always wanting to accomplish more,” Toure said of coming to Nebraska. “I wish I could have done more through that middle stretch of the season for sure, but I came here to do my best and help the team as much as I can and I feel like I’ve been able to help the team.”

Shrine Bowl invite: Toure has been invited to play in the Shrine Bowl, which is one of the most prestigious postseason all-star games for college players.

It's a chance to play against quality competition — not that it's been in short supply for Toure this year in the Big Ten, especially with top defenses in Wisconsin and Iowa still on the schedule — and to get in front of a ton of NFL personnel at the same time.

The Shrine Bowl is on Feb. 3 in Las Vegas.

A deep dive with major players in this new world of college athletics. How is money generated, and how does it affect recruiting are just two talking points.

Alberts on the radio: Many end zone bleacher seats to be widened at Memorial Stadium for 2022

As Trev Alberts and the Nebraska Athletic Department begins to sift through survey results, one change to Memorial Stadium is coming immediately.

Two more Huskers join the group at the NFL Combine, which typically includes around 300 of the top professional prospects in the country.

Current defensive coordinator Erik Chinander made $800,000 in 2021 and could earn a raise that would match or approach Whipple's salary.

The AD is pleased with the four hires to the football coaching staff and is confident the final one will be the right fit for the Huskers.

The first four weeks of Nebraska’s schedule don't change under the new plan, but there are seven date and location changes to note.

Applewhite, who has over 20 years of experience, is taking over a group that has perhaps as many question marks as any other on the roster.

Opinion: Sean Payton's last season with the Saints was a success

Opinion: Sean Payton's last season with the Saints was a success

Safety Isaac Gifford will likely be in line for more playing time this weekend at Wisconsin.

Nebraska safety Deontai Williams (8) injured his knee on this interception against Minnesota on Oct. 16 in Minneapolis.