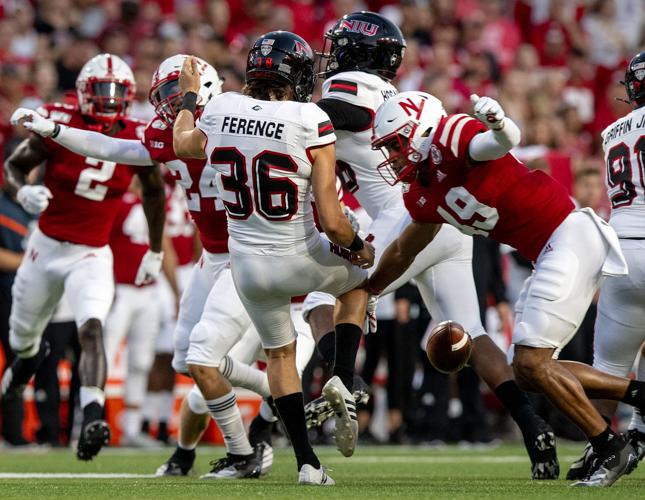 Northern Illinois punter Matt Ference (36) gets his punt blocked in the first quarter by Nebraska's Isaiah Stalbird (right) on Sept. 14 at Memorial Stadium. 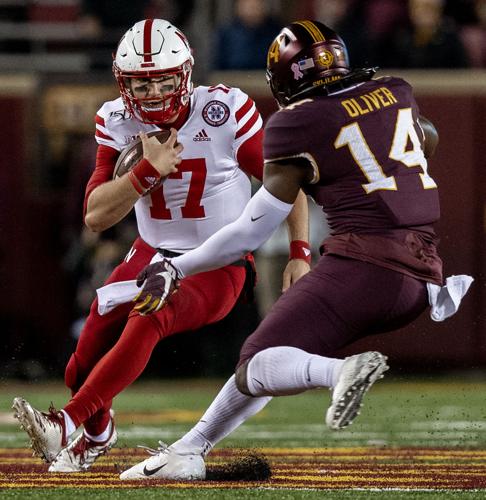 A pair of key Nebraska walk-ons are in the NCAA's transfer portal.

Junior quarterback Andrew Bunch and redshirt freshman defensive back Isaiah Stalbird have each submitted their names into the portal and are set to transfer.

A school spokesman confirmed Bunch's move, while Stalbird acknowledged his intent to find a new school via Twitter.

Bunch started one game in 2018 at quarterback for Nebraska and played in two games as a junior in 2019. He was NU's No. 4 signal-caller this season, behind sophomores Adrian Martinez and Noah Vedral and freshman Luke McCaffrey. The room is only set to get deeper when Logan Smothers arrives on campus in January. Stalbird thanked head coach Scott Frost and said, "I would also like to thank my great teammates and strength staff that have helped develop me into the player and person I am today."

Stalbird worked up the depth chart and cracked the two-deep as a redshirt freshman this fall, seeing extensive work on special teams and some reserve work in the secondary.

He appeared in all 12 games, totaling a team-high 13 special-teams tackles. Stalbird also blocked a punt and forced a fumble against Northern Illinois.

Secondary coach Travis Fisher spoke highly of Stalbird during preseason camp, noting that the walk-on had earned a look at playing time among several scholarship options.

A player submitting his name to the portal doesn't guarantee that he will transfer, but it does make it likely in most cases. The only NU player known to have put his name in the portal and then return to the Huskers is Bunch, who submitted his name last fall but didn't like his options and returned to the team.

Many coaches have spoken out about Nebraska's coaching vacancy recently. Here's what they've had to say, and how it impacts their Huskers' "heat level."

Inside the 100-year journey of a Nebraska season ticket

Nebraska football is all about tradition. Just ask Lee Potter, whose family has held a Nebraska season ticket that dates back to 1922.

A week after former Nebraska coach Scott Frost was fired, Husker defensive coordinator Erik Chinander is out of a job, too.

New interim defensive coordinator Bill Busch “eliminated some things” in an effort to simplify and perhaps get calls in quicker.

Ex-Huskers in the NFL, Week 3

Check out how former Huskers and other players with Nebraska ties did in Sunday's NFL games.

It's a wonderful time of the year, writes Amie Just. Football, volleyball, men's and women's basketball all hit the podium Tuesday. Here are a four-pack of takes.

Nebraska athletics is set to sign a massive multimedia rights deal and begin the conversation of overhauling Memorial Stadium.

Just three games into the 2022 season, Nebraska has fired Scott Frost, ending one of the worst coaching tenures in Husker history.

Northern Illinois punter Matt Ference (36) gets his punt blocked in the first quarter by Nebraska's Isaiah Stalbird (right) on Sept. 14 at Memorial Stadium. 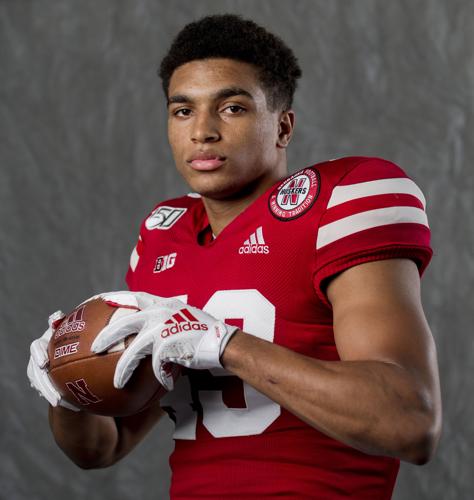 Portrait of Nebraska defensive back Isaiah Stalbird on May 15 during the annual picture day at Memorial Stadium. 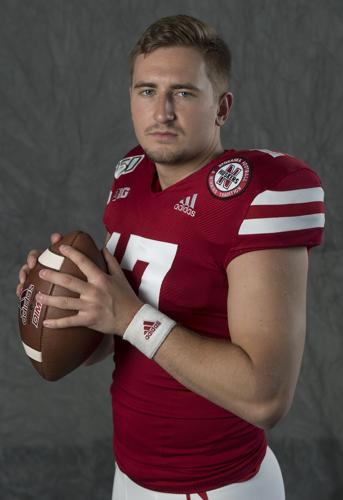