INDIANAPOLIS — Asked what one of the biggest adjustments to living on the East Coast has been, Noah Vedral went down a path that could have described his college football career.

The curvy roads, he said, have been a challenge. His mother told him on a recent visit she couldn't see all the turns.

"I grew up on a grid in Nebraska," the Bishop Neumann grad and Rutgers quarterback said. "Everything's right angles, straight highways; and out here you've got winding freeways. That was a little bit new."

Vedral's winding road from Wahoo, to Central Florida, to Lincoln, and to Piscataway led him Friday to the field at Lucas Oil Stadium in Indianapolis as part of the Rutgers contingent at Big Ten Media Days.

In Indianapolis, though, Vedral said he was right where he needed to be.

"For every person that’s different — what you value at each place that you’re in is different," Vedral explained. "And for me both times (he transferred) it was just what I was hoping to achieve in my college career, and trying to find a home, and a chance, and I feel really grateful to have landed where I did."

Vedral took advantage of his opportunity in 2020, earning the starting quarterback job after essentially learning new Rutgers offensive coordinator Sean Gleeson's system virtually as the world made its way through the COVID-19 pandemic.

With Vedral at the controls most of the season, Rutgers matched its program high with three Big Ten wins in a year, all on the road, and averaged its most points and most yards per game since joining the league in 2014.

Steven M. Sipple: Frost makes case that program has improved, but has the head coach?

Vedral completed 61.5% of his passes, good for third in the Big Ten, while throwing for 1,253 yards, nine touchdowns, and eight interceptions. He ran for 193 yards and a score.

But Vedral also played hurt, finally having to sit out the Scarlet Knights' final two games with a broken thumb and a sprained wrist on his throwing hand. That meant no chance to go against his former Nebraska teammates in the season finale that the Huskers won by a touchdown.

"That would have been a special game for sure," Vedral said. "But it was a fun night to see some of my old friends, and some old coaches that I learned a lot from. So, a bummer, but I couldn’t control it."

He still stays in touch with plenty of his former teammates, Austin Allen among them, usually while playing Call of Duty on the Xbox. If Nebraska happens to come up in a clip during Rutgers film study, Vedral might fire off a text if he sees one of his buddies make a good play ... or if he sees them trip and fall.

Other than that, though, there's no living in the past.

"I’m really excited about the opportunity Rutgers has presented me, and the ability we have this year with so much coming back, and to play with Coach Gleeson with another year is really special," Vedral said. "I’ve been asked about that before, but I usually don’t think about it too much just because there’s so much going on and so much in front of us this year and in the years to come."

Vedral has put himself in position to control his chance to be a regular starter at the Power Five level for a team flush with momentum after bringing back former coach Greg Schiano. His appearance in Indianapolis, along with receiver Bo Melton and Olakunle Fatukasi, told of the confidence the Rutgers coaching staff has in him.

It's a confidence that started before he was even a part of the Scarlet Knights' roster.

Vedral said he entered the portal in the middle of the afternoon near the end of April 2020.

By that night he was on the phone with Schiano. By that June, he was in New Jersey.

"My recruiting guy shot me the video (and) I watched it, and I watched, I don't know, 180 snaps. I said, 'This is the guy. We got to get him,'" Schiano said Friday. "He's going to be perfect for what we do offensively. ... And he's been everything that we were looking for."

Now, for the first time in more than a decade, Rutgers will return the same starting quarterback and offensive coordinator from the previous season. For Vedral, that means a fifth year of college football. He also has the option to come back in 2022 for a sixth season.

"We're a no-huddle outfit and he runs it seamlessly, and I think having been in the system for a year, it's going to be even better going forward," Schiano said. "And I think the other thing that he brings is he's got a respect of his teammates. He's an unselfish guy who is a giving guy and puts the team first. So when you have those traits, success is going to come."

Photos: The view from day one of Big Ten Media Days at Lucas Oil Stadium

Three Keys to the Game: Nebraska at Michigan State

Are the Green Bay Packers pretenders?

Are the Green Bay Packers pretenders?

Could Arkansas keep their impressive start going against Texas A&M (-4.5)?

Could Arkansas keep their impressive start going against Texas A&M (-4.5)?

Scott Frost was angry in the post mortem. He should be angry. His players gave an incredible effort. But the big mistakes keep happening.

Instead of euphoria, Huskers left to have 'spirited talk' after 23-20 overtime loss to MSU: 'I’m tired of it'

Scott Frost gave a "pretty simple" explanation to the pivotal botched punt before diving into a long breakdown of why NU is left feeling dejected.

Sound waves: What others are saying about Saturday's Husker game

A look at some talking points after the Huskers' game against Michigan State on Saturday night.

After missing one series, Nebraska quarterback Adrian Martinez returned to Saturday's game at Michigan State after a hard hit to his facemask area.

Gabe Ervin will start rehabbing his injury as soon as Wednesday: "I thought he had a really good start to his freshman year. He’s a dog."

Faced with climbing the depth chart or getting passed up, Husker RB Rahmir Johnson has ascended

Instead of entering the transfer portal, the third-year running back took his coach's words as a challenge. Now, he's the latest to start.

'It's way more than me': NU wide receiver Omar Manning opens up about mental health, coming into his own at NU

Omar Manning wants to share his story. The challenges were always there, but he says seeking help when he arrived at NU was "major."

Chris Basnett weighs in with his report card from the Huskers' game against Michigan State.

One note is about Cam Taylor-Britt. He's widely considered one of the team’s most talented players, but he’s struggled some early in the season.

No Nebraska football media availability Wednesday, but we've got a full notebook, beginning with Teddy Prochazka, the tight end. 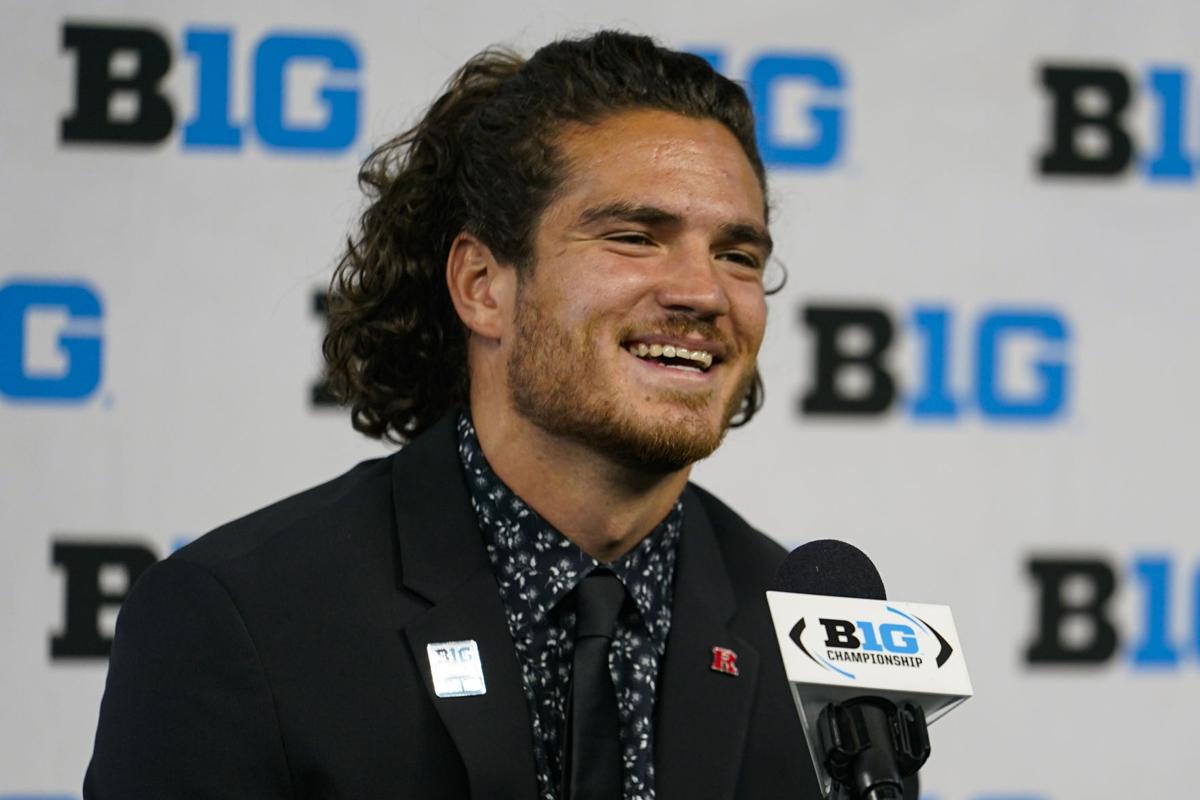