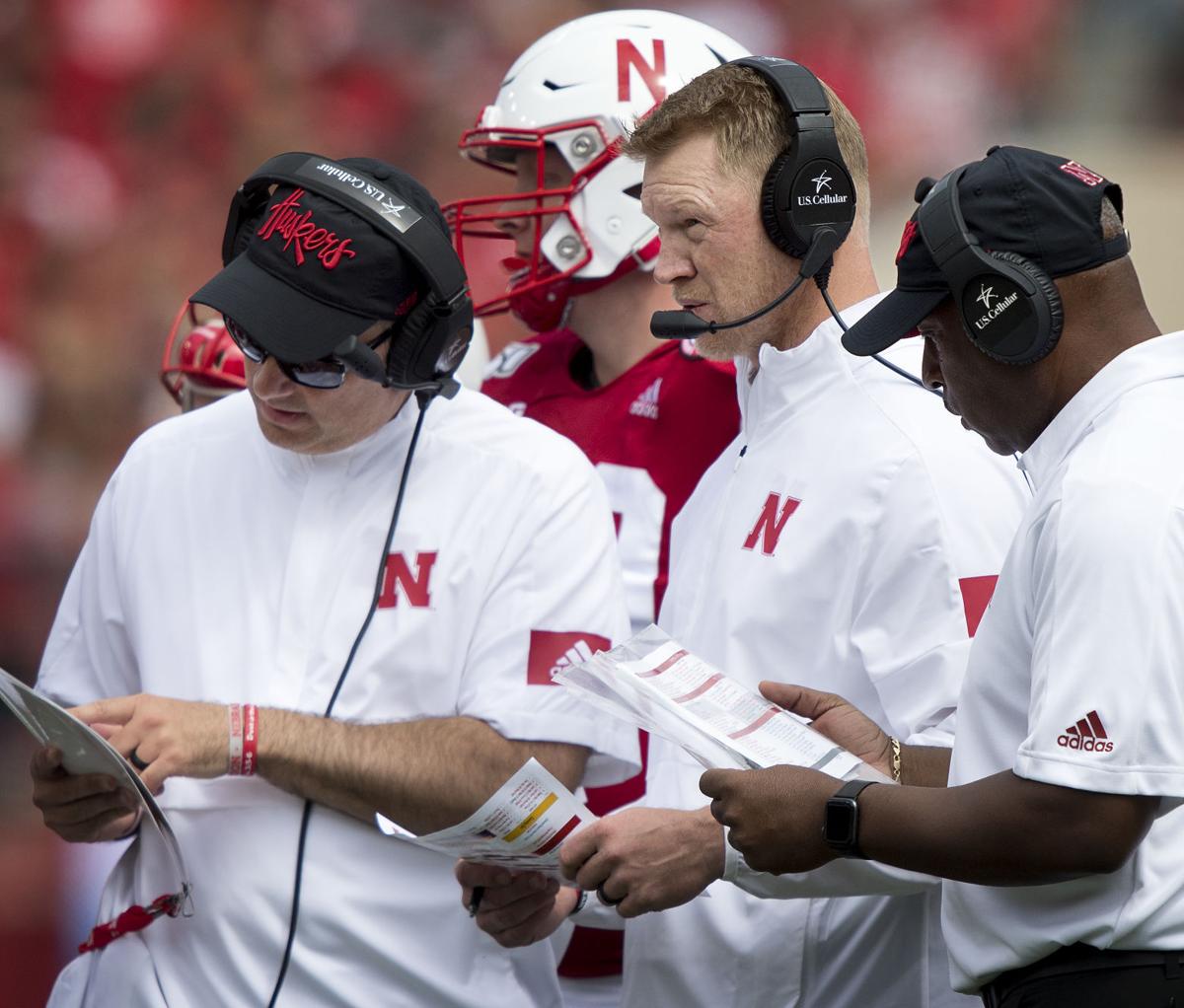 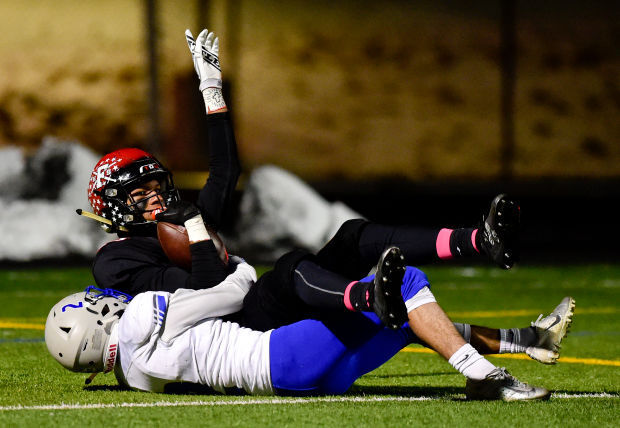 Fairview's (Colorado) Grant Page begins to celebrate a touchdown during a 2019 contest.

Another June weekend brings another big group of official visitors from around the country to Lincoln.

In fact, Nebraska is hosting players from every time zone except Central this weekend. Of course, there will be plenty of local flavor in terms of workouts and camps over the next couple of days, but when it comes to official visitors, the crop of a half dozen all are coming from considerable distances.

Last weekend, NU hosted eight — plus Ohio State transfer defensive back Tyreke Johnson during the week — so the Huskers after this weekend will already be up to 15 visitors for the summer, which is more than they hosted in all of spring and summer of 2019. That’s with two weekends still to go after this one. The activity has already resulted in one verbal commitment, which came Monday from tight end Chase Androff (Lakeville, Minnesota).

Here’s a look at the six players expected to be in Lincoln this weekend.

Nebraska’s running back board behind last week’s official visitor, Justin Williams, felt pretty wide open, but now a second official visitor in as many weeks provides a bit more information.

Hayes (5-foot-11, 185) is a player whose calling card is speed. As a sophomore at Damonte Ranch High in 2019, he rushed for 2,429 yards (8.9 per carry) and 30 touchdowns and also added 346 receiving yards and two more scores. Hayes then transferred to McQueen High, where he accumulated 607 yards and seven scores in just five games last fall.

He took an official visit to Cal last weekend and has been on the Power Five radar screen since his prolific sophomore season.

Martin was at one time verbally committed to Michigan, but backed off that pledge and decided to reopen his recruitment over the winter. Then, in the spring, the 6-3, 230-pounder made the rounds and visited some college towns on his own, including Nebraska. Now he’s returning for his official visit.

Martin, like several linebacker recruits in recent classes for the Huskers, has the size to play either inside or outside in NU’s defense.

He is considered a four-star prospect by Rivals and a three-star by 247Sports.

For the second straight week, Nebraska is bringing in a wide receiver on an official visit. Last week, it was Landon Samson of Southlake, Texas. This week it’s Page, a tall, rangy receiver from Colorado.

Page (6-2, 180) is a highly productive player at Fairview High in Boulder, the alma mater of former Husker wide receiver Kenny Bell. Page caught 76 passes for 1,250 yards and 15 touchdowns in 12 games as a sophomore and then followed it up with 58 for 815 and nine scores in seven games as a junior, according to MaxPreps.

Receiver is a spot to watch in coming days. The Huskers have added several young players to the group in the past two recruiting cycles and already have Victor Jones Jr. (Orlando) in the fold for the 2022 class. Page visited Kansas State last weekend.

Nebraska is going to be active recruiting on the East Coast and in New Jersey, in particular, as long as Mike Dawson is on the staff, and the next visitor from the Garden State is Powell. The St. Peter’s Prep standout put the Huskers in his top six back in March along with Wisconsin, Penn State, Mississippi, Mississippi State and Boston College.

NU recruited linebacker Cody Simon from the school, too, in the 2020 class, but he ended up at Ohio State.

Nebraska offered Schwartz (6-4, 255) last summer and has recruited him since. Now they’ll get the Bolles School standout on campus for an official visit.

Schwartz has a long list of suitors that has only grown in recent weeks — Mississippi State offered in late May — and he took an official visit to Michigan last week, according to his 247Sports profile. Schwartz had 68 tackles (14 for loss) as a junior at the Florida power and has the kind of frame that could allow him to play multiple spots on the defensive line in college.

Nebraska was the first school to offer Williams a scholarship way back in May 2019, according to the Orlando Sentinel. Williams has since become a nationally coveted prospect who in January said his top three choices were Alabama, Ohio State and Florida. According to his 247Sports profile, Williams is taking an official visit to OSU next weekend.

2024 QB Dylan Raiola is going to 'sling it around yard' at FNL, and his dad, NU great Dominic, can't wait

'He can make every throw under the sun': 2022 QB Richard Torres commits to Huskers

Nebraska has its 2022 quarterback after securing a verbal commitment from three-star San Antonio native Richard Torres.

Nebraska landed a verbal commitment from Ohio State transfer DB Tyreke Johnson, who is eligible immediately and has three years of eligibility.

New Nebraska defensive back Tyreke Johnson explains what sold him on Nebraska, how difficult it was to leave Ohio State and more.

Road trips, camps and 'birds in the hand': Georgia DB Quantaves Gaskins under the radar no more after wild week

June has been a recruiting blitz with the end of the NCAA's dead period. Not many have had a first week wilder than Georgia DB Quantaves Gaskins.

Class of 2022 defensive back Markeith Williams has some family connections to Nebraska, but said his official visit still was an eye-opening one.

Davillier on Husker coaches: "They're still showing the same love they showed me on Zoom and they're always keeping it real."

We're keeping up to the minute on all things Husker football recruiting — the offers, the commitments, the top lists. It's all covered.

Fairview's (Colorado) Grant Page begins to celebrate a touchdown during a 2019 contest.