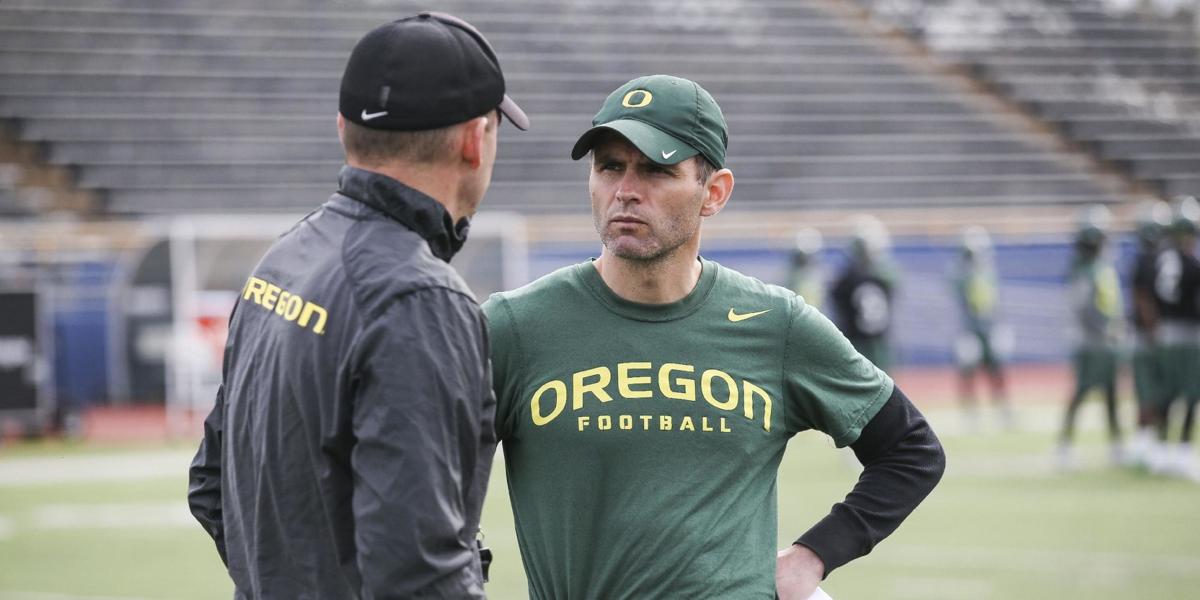 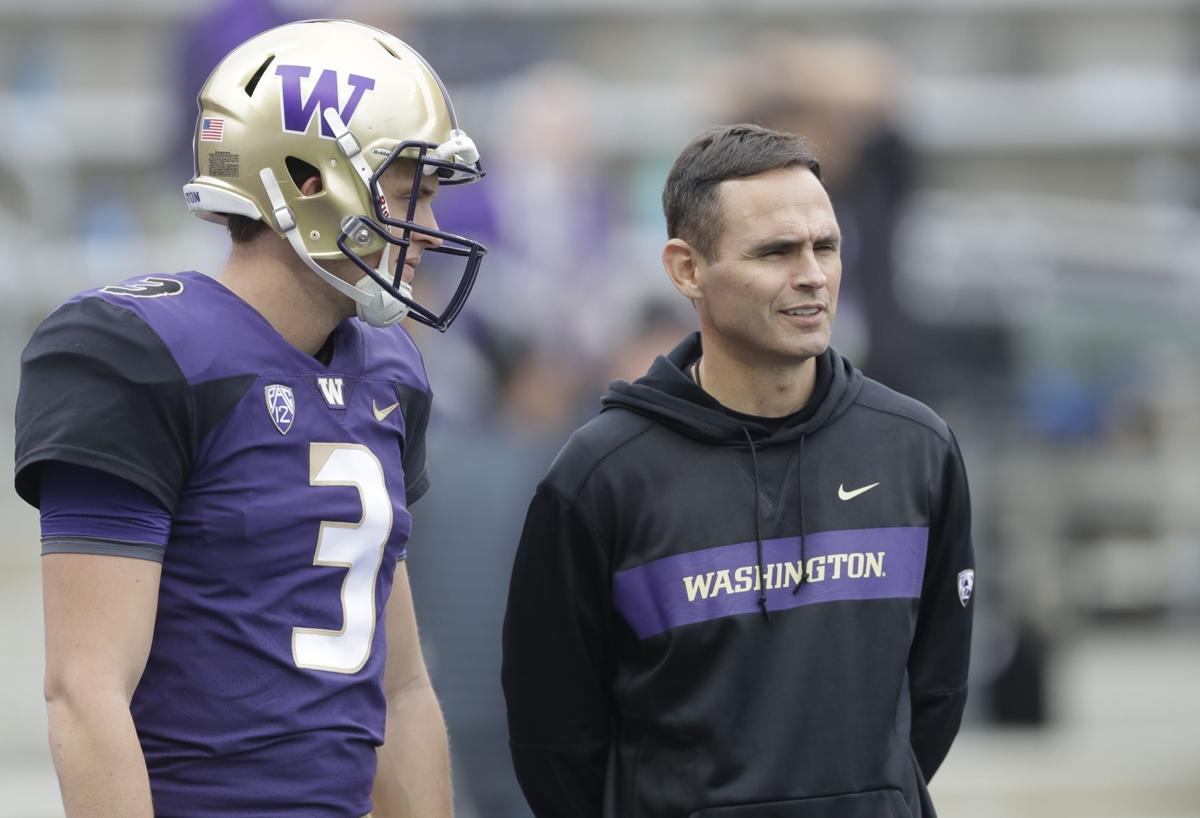 Enough time on the recruiting trail is sure to bring about some hard-to-believe stories.

Just consider the past three recruiting cycles at Nebraska alone. There are plenty of examples.

There was Wan’Dale Robinson, who changed his mind last-minute and verbally committed to Kentucky before eventually flipping back to Nebraska and signing with the Cornhuskers.

Steven M. Sipple: It's easy to understand why NU fans may regard Frost hire with skepticism

How about Ty Robinson, the young defensive lineman from Arizona who hosted the entire Nebraska coaching staff and, among other things, introduced the coaches to a camel named Humphrey.

Remember Javonte Jean-Baptiste? The four-star outside linebacker was thought to be leaning toward picking the Huskers at a National Signing Day ceremony in New Jersey before a blizzard forced a postponement and, in the interim, he decided instead to sign with Urban Meyer’s Ohio State Buckeyes.

New Nebraska offensive coordinator Matt Lubick has been recruiting for more than two decades and he’s undoubtedly got his fair share of war stories.

One particular one came on a snowy, cold December day in Bozeman, Montana — which, coincidentally, is where Lubick was born.

Lubick made the trek in order to visit a prospective transfer quarterback, Dakota Prukop, who also held offers to leave Montana State for Oregon, Alabama, Texas and Michigan, among others.

Here’s the thing: Prukop is originally from Austin, Texas. He had no family in Bozeman, but he lived with six of his teammates. Not exactly your typical in-home visit.

“He came out and basically did a recruiting deal in front of me and all my teammates instead of me and my family,” Prukop told the Journal Star recently. “He didn’t care. He sat down and we had a house of like six dudes and he sat down in the middle of the living room and we had couches all around him in this little ranch house with no TV and just a big fireplace.

“He sat down and it was funny because he was answering everyone’s questions. It was hilarious, but I was so impressed.”

There’s no perfect way to answer what a new coach is going to be like as a recruiter at a particular school. Obviously, some places are easier to recruit to than others. Responsibilities change. Different schools go about recruiting in different ways.

In talking to multiple people about Lubick’s past as a recruiter, at least one theme emerged: He’s a grinder.

“He was extremely good. Extremely good,” Prukop said. “At the end of the day, I went to Oregon because of him and how he recruited me. He out-recruited Alabama and Michigan and Texas and all of them. He was the only one who flew out. He took some crazy flight and landed super-late, but he flew out to Montana as soon as the recruiting window opened.

More than a decade ago, Bruce Feldman wrote a book titled "Meat Market: Inside the Smash-Mouth World of College Football Recruiting."

Feldman, a respected national college football reporter who now works for The Athletic, wrote the book when Lubick was an assistant on now-LSU head coach Ed Orgeron’s staff at Ole Miss.

“He would go into every school and he was just relentless,” Feldman said of Lubick’s style. “He’s not a big, brash personality, he just kind of grinds and grinds and grinds. … There were certain guys, the former high school coaches I think, who were more hustlers. (Lubick) was a grinder. Everything he did was like, ‘I’m going to get to as many high schools as I can.’ He had been doing it for a long time and I think he just kind of loved being on the road.”

Around that time, Lubick used his connections in Florida to find Dexter McCluster, who was a little-known prospect who went on to have a prolific career for the Rebels and the NFL.

“He’s from not a huge place in Florida and Matt found him,” Feldman said. “What (Lubick) inherited (at Ole Miss), all of those receivers were completely new. It was Dexter, it was Shay Hodge, who was a good player for them, and Mike Wallace, who obviously went on to have a good NFL career.”

Not long after, Lubick went to Arizona State where he, as the Sun Devils’ recruiting coordinator, landed five-star linebacker Vontaze Burfict and quarterback Brock Osweiler as part of the same class. Feldman’s recollection of that year is that Lubick was responsible for recruiting nearly the entire class.

“He was almost one-man-banding it because most of the rest of the staff, it was an older staff,” Feldman said.

When Lubick was named the wide receivers coach of the year by FootballScoop in 2012 after his third season at Duke, Blue Devils head coach David Cutcliffe said, “Matt Lubick — no offense to anyone I’ve ever worked with — is simply the best recruiter that I’ve ever worked with.”

There’s no perfect way to evaluate somebody as a recruiter from afar, and it’s even more difficult to do it in retrospect over the course of several years and several stops. Changing jobs often means transitioning mid-recruiting class. Recruiting services, understandably, don't always reflect exactly what role a particular coach had recruiting each player.

By 247Sports’ recordings over six recruiting classes from 2014-19 split between Oregon (2014-17) and Washington (2018-19), Lubick was involved in landing 16 players, including 10 that carried 247Sports Composite four-star rankings. Among the four-stars? Some good players and some underwhelming ones. A guy like wide receiver Dillon Mitchell, who ventured from Memphis, Tennessee, to Oregon. Mitchell had 75 catches for 1,184 and 10 touchdowns as a junior in 2018 (after Lubick left for Washington) and turned pro after three seasons with the Ducks. Among the three-stars? Players like quarterback Justin Herbert — a Eugene native who grew up a mile from Autzen Stadium — and receiver Johnny Johnson, who had 836 yards and seven touchdowns this fall for the Ducks.

That, of course, isn’t a full accounting of all the work Lubick did as a recruiter for six years. It doesn’t show the misses, either.

So only time will tell in terms of how Lubick fares as a recruiter at Nebraska. Where will his primary territories be? What will his strengths and weaknesses be? All that’s known for sure is he’ll be on the road for NU before the February signing date and, when asked during a brief segment on the "Husker Sports Nightly" radio program after his hire, he seemed to be ready for anything. Just like you’d expect from a college football veteran.

"Wherever they want me to be, I'll be there,” Lubick said.

Driving for 6: Hitting the recruiting trail for 2022 updates, big summer plans and a personnel note

Coaches can't visit prospects, and prospects can't visit schools. But recruiting doesn't stop. Check in on a few standouts on the Husker radar.

The NU leader gave the new offensive hire a ringing endorsement, and explains why he feels "caught up" in recruiting for the first time in his tenure.

The Huskers struggled at outside linebacker last season. With a new but familiar coach in tow, can a core of veterans and new signees turn the tide?